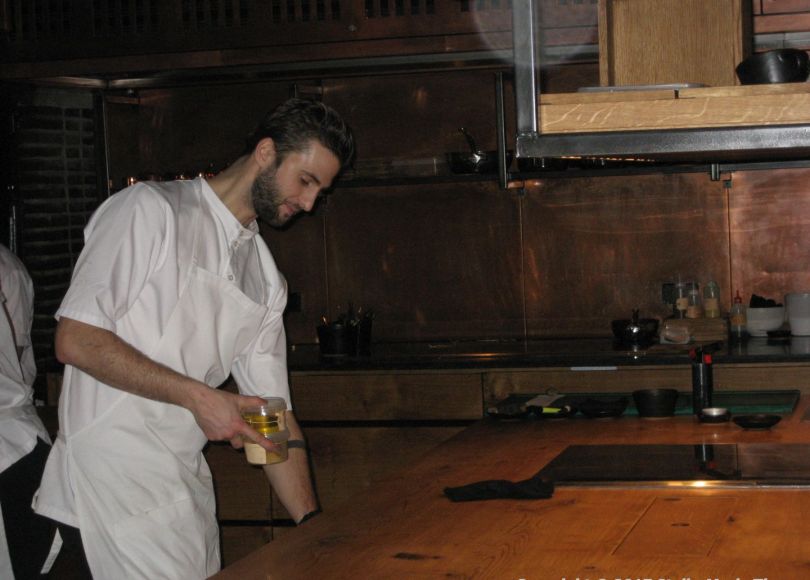 Absolute Racing’s Devlin DeFrancesco returned to a familiar location this Saturday – the podium with a third place finish. The team narrowly missed victory with Jamie Chadwick being penalised for an alleged jump start after crossing the finish in line in first position in the F3 Asian Championship Round 8 at the 5.554km Yas Marina Circuit in Abu Dhabi.

After two testing sessions on Thursday and one official free practice session on Friday morning the two qualifying sessions were held later on Friday. Setting the grid positions for race one, DeFrancesco qualified in seventh place on the grid for Round 7 on Friday with Chadwick lining up just 0.2s behind. Teammate Smith struggled to get the maximum out of the car and qualified in twelfth.

Following a quick visit to the pits, the second qualifying session got underway. Chadwick set a lap time of 2:07.170 min to sit in eighth on the time sheet. DeFrancesco stopped the clock forty hundredth of a second behind her; enough to put him on the ninth place in the grid for the start of race one on Saturday afternoon. Smith qualified twelfth once again.

As the lights went out, the birthday boy DeFrancesco was determined to finish further forward in the classification. The Italian-Canadian driver quickly moved to sixth in the classification, and he was even involved in the fifth position fight. However, the 20-year-old driver crossed the finish line in sixth. With the race winner ineligible to score championship points as a guest driver, DeFrancesco collected the points for a fifth place finish.

Chadwick had a good start, moving two places in the classification. Unfortunately, the British driver ended up losing some ground in the first lap. She finished ninth in the race, collecting points for an eighth place finish. Forced to use a new set of tires, Chadwick did not waste the opportunity and set the best lap time in the race, placing her in the pole-position for race two. Australian driver Smith had a discreet race, losing a point scoring position with two laps to go, crossing the finish line in P12.

Round 8 and 9 took place on Saturday at the Hermann Tilke-designed track. For the first time this season Chadwick lined up first in the grid as DeFrancesco started from P5 and Smith from P10 for the weekend’s race two. From the off, the race looked set to deliver some big on-track action.

Pole-sitter Jamie Chadwick had an eventful race. She lost the first position and got it back, even before the first lap safety-car period, crossing the finish line in first. After the race, however, Chadwick was given a 20-second time penalty for jump-start and dropped to 8th. However, she bagged points for a seventh place finish.

DeFrancesco took points for second after an intense hard-but-fair fight to the line. The Italian-Canadian driver returned to the podium after a double podium in the opening round at Sepang.

Smith had a short race, ending with a contact in the opening lap, calling the safety-car in for five laps.

With two safety-car periods, the final race of the weekend was pretty uneventful for the Absolute Racing trio with the positions defined by the end of the first lap. DeFrancesco moved up from P9 to P7, Smith climbed from P12 to an impressive P8, and Chadwick dropped from P8 to P9 due to a minor contact with an opponent. As one of the top-5 contenders was a guest driver, the team’s drivers scored points for P6, P7 and P8.

The next triple-header takes place at the Sepang International Circuit (Malaysia) on February 14th and 15th.

Ingo Matter (Team Director): “We came here determined to cap off a somehow disappointing weekend in Dubai and we’ve come away with a podium finish. We were not as competitive in qualifying here as we had been in Sepang. Our three drivers showed a lot of fighting spirit in the races. It was good to score a podium result today with Devlin, but we didn’t achieve the maximum we could. Jamie’s first place finish in race two was hampered by a jump start penalty, and Tommy only had the chance to reveal what is capable to do in the final race. However, our race weekend pace improved from Dubai, so it was encouraging today.”

15 Jamie Chadwick (Q1: P8 / Q2: P8 / Rnd 7: P9 / Rnd 8: P8 / Rnd 9: P9): “Abu Dhabi was a weekend of what could have and should have been. We worked hard as a team to maximise race 2, and 99% of the jigsaw pieces fitted together but sadly a small mistake from me at the start took away our first win of the year. It was hard to take but I have no doubt that we will bounce back stronger for the final two rounds. I obviously have to say a huge thank you to the whole Absolute Racing team. They executed the weekend perfectly no matter what it threw at us.”

17 Devlin DeFrancesco (Q1: P7 / Q2: P10 / Rnd 7: P5 / Rnd 8: P3 / Rnd 9: P7): “Overall, balance wise with the car, it’s been good. Power wise we’ve felt a bit off this weekend, but it’s something the team is working on – and they’ve done a great job with the car all weekend. I’m happy with how things went, I think we’re really stringing together a strong run of results and we’re in a good position in the championship. I’m looking forward to seeing what we can do in the final two rounds.”