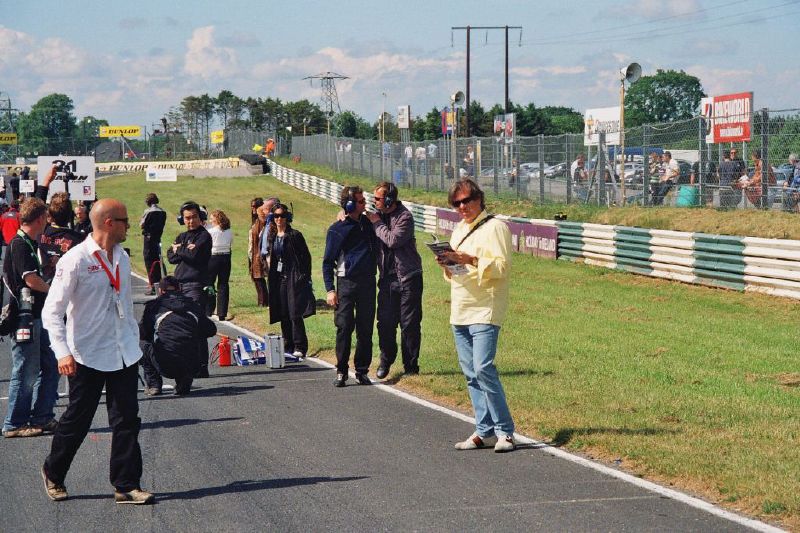 Flying out of anywhere at 07.00 is way too early, especially when they want you to be at the airport at least 40 minutes prior to the flight. We stayed at the Crowne Plaza near to Heathrow overnight, and failed to get any dinner (apart from a plate of chips between us before the show), because we went to see our friend Andy in “Loot” at a community theatre in Maidenhead (Norden Farm) on the Friday night – he was excellent, though I have to say he could have been born to play the Inspector. We got back to the hotel at 10.30 and had to get up at 04.40. The Crowne Plaza appears to be a very pleasant hotel, and it’s certainly very close to the airport, but we still didn’t have any time to explore. I chose it because it also had a car park that allowed you to leave your car while you were away for quite a reasonable sum, in this case £23.00 for the weekend, which is less than most of the airport car parks.

Anyway, the flight was on time, and we were soon in Dublin, picking up the hire car and trying to find our way onto the right road (not as easy as it should have been). Anyway, we found our way to the Mondello Park circuit by about 9.30, with a good hour and a half to spare before first practice. The very wonderful Gary and his Stealth Cafe (he’s not supposed to be there, we’re all supposed to use official catering at £80.00 a day, rather than Gary at £8.50 for a massive lunch) provided bacon sandwiches as we’d had no breakfast on the plane. Anyway, for an idea of what went on in the sessions, see my reports. For everything else, bear with me here.

In between practice sessions, we wandered out into the paddock and present Alvaro Parente with his “champion’s prize” from us. This was a pillow with a Portuguese flag for a pillow case (he spent quite a bit of time at the Nurburgring complaining about large, flat, square pillows and how much he hated them, so we got him his own). He was delighted and kept thanking us repeatedly. Each thanks came with another hug and kiss, so we weren’t about to complain… It amused the team no end as well, and they reported later that he was absolutely “chuffed” with the gift.

We also wandered over to the shop selling 1:43 scale models, and found he had a number of F3 cars from previous seasons. As these were just under 10 euros each instead of the more usual £30.00 each, I bought one of each of the four I didn’t already have (a Peter Dumbreck Macau winner, a Mario Haberfeld, a Sascha Maasen, and a David Saelens), and Andrea got two. We then suggested he might care to give us a discount, on the grounds that he would never shift ’em to anyone else. He bit and we got 6 models for 50 euros. Result!

In the evening we spent far more time than was strictly necessary going round in circles looking for the hotel, which meant we checked in about five minutes after we should have been in the restaurant in Malahide, about five miles away. The Cruzzo people were not answering the phone, but we got changed and went anyway. Despite being pretty chockablock they managed to fit us in, and we had a splendid meal, in very busy but very comfortable surroundings.

The village is a development around a yacht marina, and had a very European look and feel to it. The restaurant itself is kitted out to look a little like a cruise ship deck, and the waiting staff all looked very smart in dark blue and white. The waitress who first appeared at our table was a cute little blonde who didn’t seem to have too much of a clue, and certainly had no idea what Kir was even though they had it on the wine list. However, she went off to find out, and even though she came back a second time to make sure she’d got it right, we did get what we ordered. The food was terrific (crab and prawn tian, salmon and prawns with asparagus and a side order of the most perfect sauteed cabbage with bacon and onions), the wine list had clearly been put together by someone who knew exactly what they were doing – an Alsace Gewurtztraminer from Hugel & Fils was perfect – and we thoroughly enjoyed our meal. We didn’t do dessert, having a Baileys Irish Cream Latte instead, and then we made our way quietly back to the hotel and eight hours of blissful oblivion.

On Sunday we chose not to bother with breakfast, knowing how much lunch Gary would provide, and so had an extra 45 minutes sleep… We didn’t get lost on the way to the circuit, and were there in plenty of time again. Also again the nice little man at the gate let us drive as close to the footbridge as possible, so we didn’t have to drag all our kit too far. The first race went as well as we could have hoped, for all of our favourites (not that we’re in any way biased of course!). The second one got a bit messy, particularly for Christian Bakkerud, who was taken out of contention by his own team-mate making an unprovoked attack on Barton Mawer and getting it all wrong. Chris is beginning to wonder if he might just have been Adolf Hitler in a previous lifetime and he’s being punished for it now. This led to a conversation about vikings, and it all got very silly from there. Anyway, we eventually made it back to the airport, and got home at a silly time of day, yet again having no dinner. The score was two lunches and one dinner in 72 hours. It’s good for the waistline I guess, though I’m not sure it’s good for my concentration, which tends to disappear when I don’t get fed…

The one question the weekend left me with was this though. Why is everything in Ireland so appallingly sign-posted? We seemed to spend a huge amount of the weekend going round and round in circles trying to find things, like our hotel… This was vexing in the extreme when it was after 8pm, and we’d been looking for the place for 45 minutes already. Hint to the people who run Travelodges. If your hotel is on the R132, don’t say it’s on the N1, which is a) about two miles further east, and b) is no longer the N1 but has grown up and become a motorway known as the M1! Also, if you are going to include a phone number for the hotel on the website, make sure it’s the right one please. Additionally, when a desperate traveller phones up the central reservation number in Birmingham, please make sure the proper version of the number you give those travellers contains all the right digits and isn’t missing one… People will be much happier by the time they get there if you do that, and then they won’t come in and gripe and grouse at your underpaid receptionist.