College reunions can be dangerous! Where do I start? Good question. There wasn’t anything to suggest the weekend was going to get badly derailed, at least not to begin with. I treated myself to a gym session early on Saturday, knowing we’d be eating lunch and dinner in Oxford, and that we also had plans for Sunday lunch on the way back.

We fought our way into Oxford by midday (not easy – the A34 is riddled with roadworks at present and the traffic was solid all the way back to the motorway so we cut in via Kidlington). We’d had an inkling that Gee’s, on the Banbury Road, might be a good place to eat, and so it proved.

The establishment itself is an ex-greengrocer’s shop and also a former florist, sensibly close to my old college. It’s now a comfortably furnished light and airy restaurant, producing very good food. We started with a glass of Champagne each, just because it was Saturday! Then we ordered starters (potted shrimp, wild mushrooms on toasted brioche), and mains of fish pie with crab mash and home-made hamburger with Cornish yarg cheese, hand-cut chips, and aioli. A glass of wine each, followed by coffee and we were set up for the day.

We took a wander down to the covered market, but managed to resist buying anything, and then collected the car from the Park’n’Ride car park and headed for our hotel.

A quick change and we turned around and headed back into Oxford, parking the car close to the college and made our way to the seminar. I was pleased to note that at least four of my contemporaries were due to show up, and in fact we’d already encountered Juliet twice in the street. Sharon and Pippa also made it in time for the seminar session, along with their partners, but Diane was reputedly in transit somewhere between Hull, Crawley and Oxford, and wasn’t likely to make it in time for the seminar part – though she would make it for dinner. Considering that as a group we’ve only seen each other twice in the last 13 years, it was as if we’d never been apart in many ways.

The seminar itself was something of a shambles, with the various history tutors presenting on aspects of their research that related to the history of ideas. Unfortunately, with one exception, it seemed no one had actually checked to see whether they could actually deliver their paper in the alloted 20 minutes, the chairman made no attempt to wind anyone up for overrunning, and the papers were so badly presented that we were reduced to hysteria pretty much as soon as we escaped from the lecture theatre. We never really recovered, and more Champagne put us in an excellent if silly mood for dinner.

Sadly, after dinner, there was yet another speech, from the newest recruit to the History Department. He was heckled by Pippa’s husband until she managed to shut him up; Juliet couldn’t look at the poor guy for fear she’d collapse in giggles, and I wasn’t a lot better off.

We finally escaped and went in pursuit of an after-dinner drink in the college bar, only to find – horror of horrors – that it was full of students! It was also so brightly lit as to be unbearable and the noise levels were horrendous. We headed off up the road to Linton Lodge, where Juliet and James were staying, and settled down for a quick drink. Now, that was about 9.00 pm, and at 02.30 am they finally closed the bar on us…

Sometime during the evening it was agreed that we should get together in Oxford outside of college, and for some reason I ended up volunteering to organise it… Me and my big mouth.

Oh, and despite some fancy footwork I failed to avoid Alex, who was also a contemporary of ours, but one none of us wanted anything to do with. She was very public school and tended to look down her nose at those of us whose parents didn’t pay for our education. Unfortunately she caught me outside the ladies, while I was waiting for Lynne, and after having informed me that she stays home looking after her four children, but is also a magistrate, and that they divide their time between their house in Wiltshire and their London house, I had the pleasure of introducing Lynne to her as “my partner” and watching her not know how to react… Needless to say no one suggested she should come for a drink with us!

Sunday we got up late and made our way to the Trout Inn at Wolvercote, where we drank coffee, followed by lunch (salmon and broccoli fishcakes, chicken satay, then beef and ale pie for Lynne and mushroom, Parmesan and spinach lasagne for me), annoyed one of the peacocks that live there by photographing him from all angles, then took a walk along the river to look at the ruins of Godstow Abbey. We then drove back the scenic route through Deddington and arrived home around 2.30 pm, where total collapse took place. I did make some bread, but our planned cinema trip never did materialise, and we were in bed by 10.00 pm. 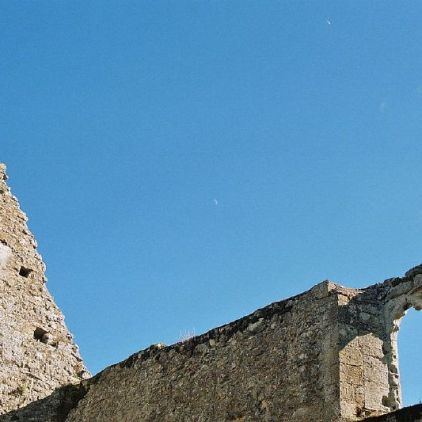 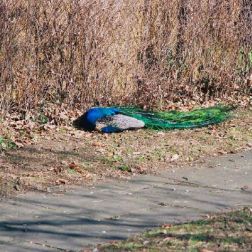 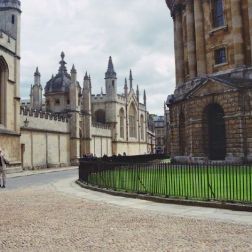 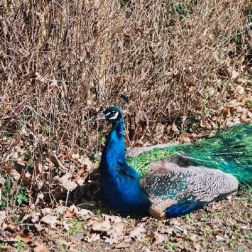 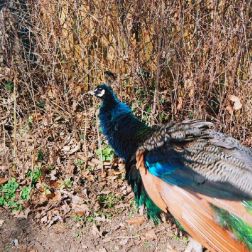 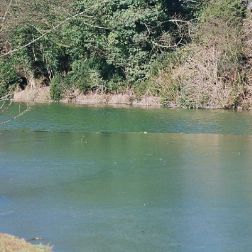 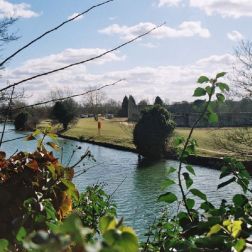 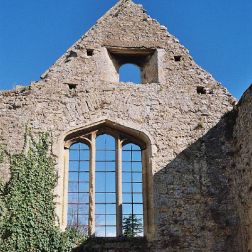 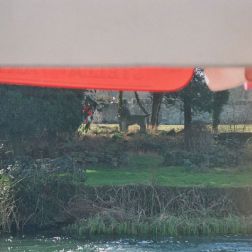 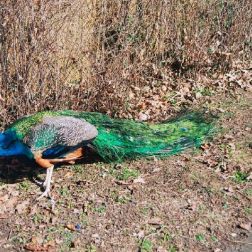 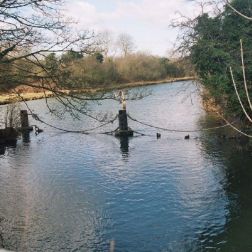 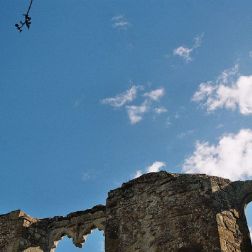 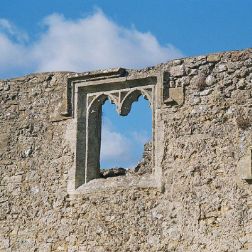 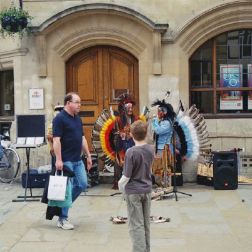