The weekend was gloomy in weather terms, though we made the most of it. Late on Friday afternoon, Gina arrived for the weekend, and after champagne and the latest episode of Doctor Who we hit the Rice Bowl for Chinese. As usual it was very good. A session on the cider brandy saw us get to be ridiculously late, and I wasn’t too happy to be woken early (6.30) by next door’s blasted parrots…

Anyway, having been rudely awakened, I decided I might as well go running. With the Motorcycle Grand Prix being on that weekend, my usual route was nowhere near as bad as I expected, though conditions underfoot were horribly squelchy, so I ended up running along the edge of the road instead of on the grass verge. It took me forever to get across the road too, and I was really slow. Couldn’t seem to get one foot in front of the other with any degree of consistency. I gather all runners have days like that. I’d prefer not to have too many of them.

Anyway, by the time I eventually got back, everyone was up and about, so we had bacon sandwiches and headed off to Oxford for the day. Once there, Gina had some research she wanted to do for her novel, so she headed off to meet some sword fighting people, while Lynne and I walked through the University Parks, eventually winding up at the Turf Tavern at lunchtime. A glass of Pimms for me, and some Spring beer (coloured a slightly odd shade of green for Lynne) helped pass the time pleasantly, while we waited for Gina to return.

Once she did we pottered around a bit, including wandering into Christ Church College’s gardens, before we headed to Quod for afternoon tea, where we sat in the courtyard and enjoyed what bit of sun there was. Our waitress, Holly, was definitely “cute but stupid” (when the bill came and we said we wanted to split it three ways, we had to do the maths for her) and the service was slow.

However, we weren’t in a hurry, the eggs Benedict with smoked salmon were excellent, and the cream teas (scones, jam, clotted cream) were super. The end result was we were all so stuffed I didn’t need to cook dinner. 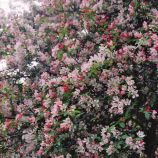 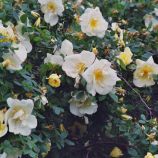 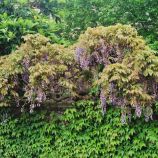 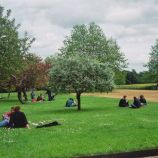 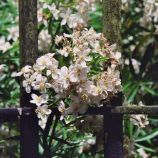 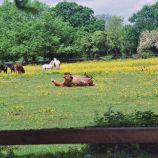 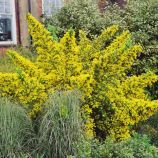