Tuesday was a dismal sort of day weather-wise. However, we didn’t let that stop us. Breakfast was marginally better organised than it had been the day before, though the actual food was still poorly labelled, and there’s no decent bread to be had, only white that looks and feels like wet cotton wool! In addition, they seated us just underneath the air-conditioning outlet, which was set to what can only be described as Arctic. Guess who will be wearing a sweater to breakfast for the rest of this trip? Anyway, various people were now present, so it was beginning to feel as if the meeting was properly underway. After breakfast we headed out to do a little shopping (milk supplies, a bottle or two of white port), then dropped those back at our room. After that we grabbed a cab over to Coloane, because Glyn hadn’t seen the statue of A-Ma on top of the hill, and he’d also missed the new temple and the A-Ma Cultural Village up there. We’d seen it the year before and knew he needed to go there, so it seemed like a good plan.

The cab driver dropped us at the bottom of the hill around 12.20, just as the only shuttle bus driver present buggered off for his lunch, telling us he’d be back in around half an hour. That left us with a choice. We could wait around for him to reappear, or we could start climbing. We started climbing the hill, which took around half an hour to 40 minutes, just a steady upward incline, which quickly proved that I am now a damn sight fitter than I was a year ago (and also a lot fitter than the other two). I won’t say I didn’t break a sweat (in that humidity anyone would have), but I didn’t get short of breath and I could have done the whole climb in one go, unlike some people who needed a sit down halfway up 🙂 !

Anyway, the view from the top was as impressive as ever, although mostly what dominated the skyline was the new casino on Taipa, The Venetian, which is due to open next year sometime. It looks impressive if the artist’s impression on the hoarding was anything to judge by. The cultural bit done, and photos taken, we got the shuttle bus back down to the main road, then snagged a 5-dollar (35p) bus ride into Coloane village. We were on a mission to get a dinner reservation at the Restaurant Espaco Lisboa (which used to be the Cacarola) and also to eat the one egg tart I was prepared to allow myself. For that, of course, we had to go to Lord Stow’s Bakery. A nata each, and an iced coffee and that was lunch. We perched on some benches overlooking the Pearl River and the Chinese mainland, and enjoyed our lunchtime treat, then caught a cab back to go to the paddock and get our press passes.

The press pack bags we were handed contained all sorts of goodies as ever. This year we were given a shoulder bag, a pen, a nifty little note pad holder, the usual assortment of guidebooks, maps and information packs, and of course our passes, which are credit card sized and very solid this year. Given the apparent inability of the locals to see most print/pictures without the aid of a very powerful magnifying glass, this suggests that getting past the gate guards is likely to involve a lot of peering. Oh, and also this year, without needing to beg, plead or cajole, we have photographers’ bibs, so it’s the Melco Hairpin for us on Thursday morning!

We took a slow wander around the paddock, talked to a few people, ran across Richard Antinucci and Fabio Carbone and had a very silly talk with them, mostly about earthquakes. Richard claims they “virtually slept together in Japan” because they were afraid of the earthquakes, and that he had been spooked by them because he could hear Fabio’s kitchen pots and pans clattering against each other as the earth shook. A likely tale, is all I can say! Richard’s looking extremely good now, incredibly toned, and he’s grown his hair. It means he looks even more like the profile on a Roman coin, though not in a bad way. He also made me happy by saying hello, then following that up with “You’ve lost weight! Lots of weight!” and telling me it looked good. I like him!

After that, and a chat with some of the Chrysler boys, we caught the shuttle bus back to the hotel. I had a half hour swim (with all this food I can’t afford to lapse on the fitness side), before heading out for dinner. On Charlie Kimball’s recommendation, we went to the new, shiny Wynns hotel and casino for a drink first. The staff in the Cinnebar were charming, the bar itself has a waterside area, and the drinks were surprisingly cheap and very good (excellent caipirinhas), which was good. It was getting a bit breezy but it was still comfortable outside, and we were amused by the fountains in the shape of turtles that line the gorgeous pool there. I’m just a bit baffled as to why they seem to have fangs… Vampire turtles, anyone? It’s all very strange, frankly. As we were leaving for the restaurant, the fountains outside were putting on the most beautiful show, all lit up and swirling to music. I must go back with my camera.

Dinner was as good as I remember from last time, and although the name of the restaurant has changed, the same people seemed to be there. Lynne started with the casquinha (crab topped with cheese and grilled), Glyn had the goat’s cheese, and I had a bowl full of clams in white wine and garlic. After that I had duck rice (one of my favourite foods). I’ve finally figured out that it’s got to be cooked like a pilaf, which means the duck sinks towards the bottom of the rice, and the flavours blend together. Then there’s a light layer of Portuguese sausage slices and grilled bacon on the top. Lynne took on the fish stew of the day, which was creamy and mustard infused and huge, and Glyn opted for pork steaks. We managed a pudding, but only because the equivalent of a crème caramel was light enough to consider. It was a lovely meal, again with charming service, and we sat on the tiny balcony to eat (it holds three tables).

Part way through the evening an elderly lady wandered over to the tiny market square, dragging a large shopping trolley behind her and trailing cats. Clearly she’s the local “cat lady”, because she set about feeding dozens of feral looking felines, which seemed to badly unnerve the local dog that passed by, giving her and her furry friends as wide a berth as possible! After that, we headed back to the hotel, and then made a serious error of judgement. We popped into the bar for a quick drink.

We were still there three hours later… We talked with all sorts of people, including Bob Bassett, who is now the British F3 series’ scrutineer, but who, in the 1970s, worked for March, engineering Ronnie Peterson’s cars. As Ronnie was one of my favourite drivers of all time we eventually fell to talking about the infamous Woodcote moment when he took the corner flat, not something many drivers were brave enough to try. Apparently, the conversation in the pits went something like this: 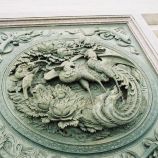 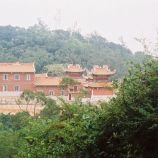 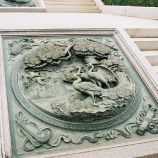 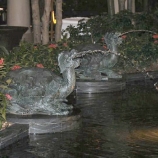 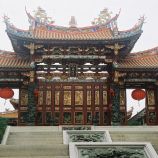 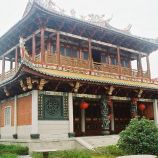 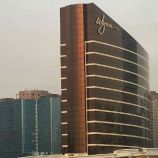 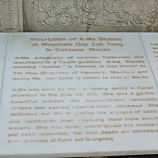 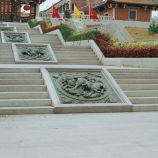 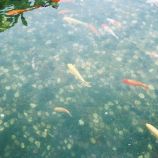 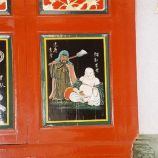 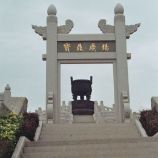 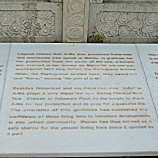 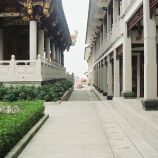 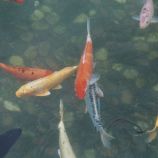 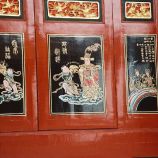