Wednesday as ever was the day when things really kicked off. We made a reasonably early start, but Glyn was missing in action this time, having overslept, That’s what he gets for turning up a day later than us. The same effect 24 hours later!

So Lynne and I went ahead with our plan to go and see the outside of the Venetian, which is probably even more unreal than the inside in some ways. After all, where else would you find a Bridge of Sighs that’s got to be at least twice the size of the original, and that has escalators leading up to it? Anyway, having caught the shuttle bus from the jet foil terminal, wandered around outside and in again, and taken photos, I spent a few minutes doing what I’d planned on doing several years in a row and taking some photos of the Chinese astrological figures in the centre of what used to be the causeway to Taipa, but what is now a main road with the Venetian on one side, and construction going on on both sides.

With visitor numbers apparently already up by 25% on last year, where the hell all these people are going to go, I have no idea (apart from into the casinos), and while it’s fascinating to see how the place is changing almost day by day, I can’t help feeling something essential is being lost now. Apparently, there’s a serious shortage of workers, small business are suffering because they can’t get staff, and there’s a gambling problem developing (no surprises there I guess).

There are still areas of the SAR where life feels normal, but really a lot of the charm may well vanish in the glare and the glitz. And a solution to the traffic congestion is already desperately needed (and if they ever get the bridge from Hong Kong, via Macau to Zuhai built I can’t imagine where the cars, trucks and the rest will actually go – there’s no room now). Anyway, to stop me getting too depressed about the future of Macau, I’ll get back to the events of the day.

Knowing we were going to be eating at the Tower that evening, we decided not to bother with lunch and instead headed to Fisherman’s Wharf, via the Paddock, where we found Sam Bird and handed over a lucky tomato (don’t ask – it’s too strange!), before stopping off for a beer by the start line for the “Photo Opportunity” for this year’s Grand Prix. The opportunity was to be a pedicab race between the bike racers, the F3 drivers and the touring car boys. It had the potential to be very silly and very entertaining at the same time. The idea was a series of races between two pedicabs, with the overall winners getting some local trophy or other, and the losers having to perform some sort of forfeit – it was going to be a piggy-back race, but there were fears of injury, so in the end it was just the pedicabs.

The drivers were rounded up, though the odd touring car drivers had gone missing. Tom Coronel was dragged from the bar and made to substitute, while Alain Menu turned up late (so much for Swiss precision!) and was having trouble with security – they didn’t want to let him cross the track, despite the fact that everyone was standing around having the rules explained to them at that point, and there was no danger at all of Alain being flattened by an errant pedicab. He was finally added to the WTCC team, and things eventually started to look a little more organised.

Bruno Senna was wandering around looking at the pedicab with some suspicion, as well he might have done. He hadn’t been there earlier on while the organisers were testing them out. Of the three, one was already out of commission, one worked ok, and the other one tended to pull rapidly to the right, thus crashing into lampposts and other street furniture…

Refreshments were laid on (no one drank the beer), and the races eventually got underway. The motorcyclists crashed almost immediately when the handlebars broke off their pedicab, and the F3 boys imploded (with Bruno peddling frantically) when the chain came off theirs, so they passengers (Nico Hülkenberg and Brendon Hartley) and Bruno all got out and pushed. 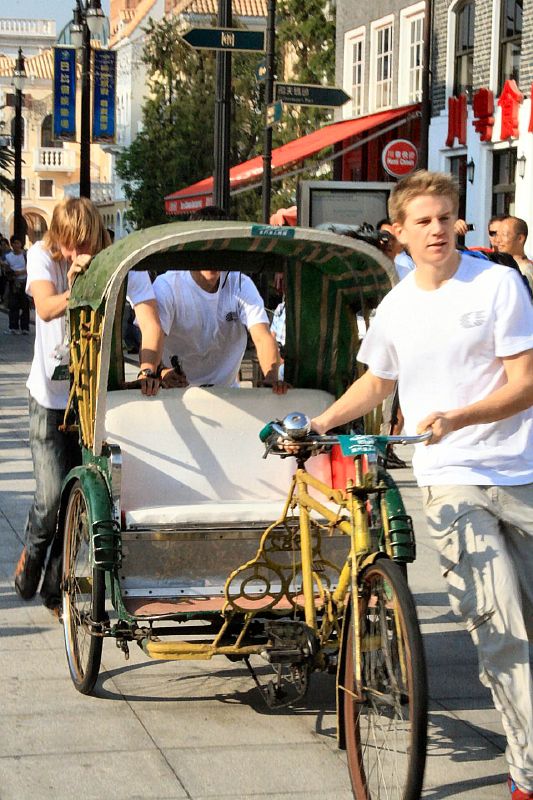 Eventually, after a lot of hysteria and not a little cheating – and the WTCC pedicab crashing through the barriers at the end and keeping going because they had not brakes), it came down to a run off between the F3 and WTCC boys (they’re a lot fitter than most of the bikers, who don’t look as though they have a fitness regime between them, also their legs mostly still work as nature intended). Because there was only one working pedicab left now, the plan was to do a timed run. The fastest team would win.

Romain Grosjean ended up peddling for the Formula Three boys, and put in a good time, but as it turned out, it wasn’t good enough. Yvan Muller, wearing a ridiculous straw hat, initially found that the handlebars came off his mount, but that was sorted and they set off, eventually beating the younger, lighter, supposedly fitter F3 drivers by a good ten seconds. Prizes were handed out (Menu was late for that as well), and the winning trio (Muller, Robert Huff and Gabriele Tarquini) got a pottery piggy bank each. Someone suggested that Muller probably needed a bigger one for all his money.

And a couple of hours after it had started, the event wound down and everyone wandered off.

After a quick shower and change, we headed out for the Tower, getting there just ahead of Glyn, and Robert and Lindsey Jelley, who had just flown in from Bangkok. We had plans to try and do the same, but it didn’t quite work out. However, next year perhaps… Anyway, we settled in for dinner, and were eventually joined by Stephen once he’d escaped from the drivers’ briefing and spent some time “wandering aimlessly round the foyer trying to find you.”

Everyone enjoyed the food, and we all drank a fair amount of wine (apart from Stephen who stuck to water). He did get quite excited about the dessert buffet, announcing enthusiastically that he’d found some jelly! Otherwise we talked about running, about what to see in Bangkok, and in Macau, and about what Stephen is doing next, as well as his newly announced management deal with the Robertsons. Needless to say I can’t tell you what he’s doing but it sounds pretty promising. Oh, and we also talked about Lindsey’s art, other drivers, and all sorts of stuff.

It was a great fun evening, only slightly spoiled by a distinct lack of cabs at the end. Stephen left early so the five of us set off walking and it wasn’t long before Glyn, Lindsey and Robert had snagged a cab. They apparently felt guilty about leaving Lynne and I alone on the street late at night, but as we said, we knew what we were doing, we felt perfectly safe, and anyway we soon found a cab ourselves. 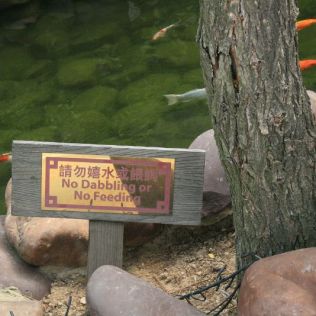 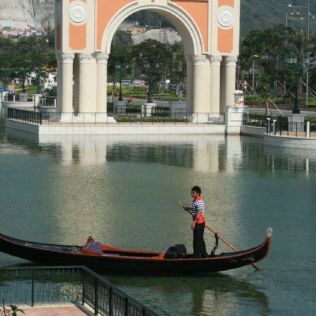 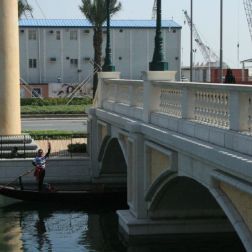 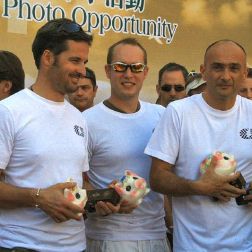 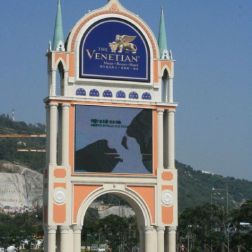 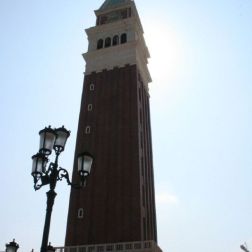 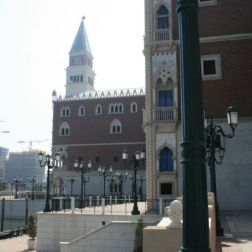 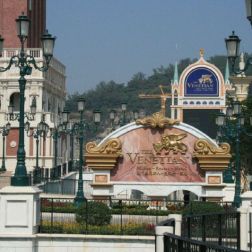 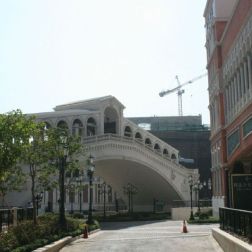 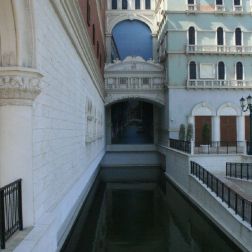