Sunday morning was not funny. The alarm went off far too early and I dragged my somewhat reluctant self to Melco, arriving there just after 07:00 only to find that the 07:15 start was actually an 07:30 start and that actually by the time the track was clear, it was really an 07:40 start. Could have had an extra 30 minutes sleep, damnit! There was no undoing it, so I settled in to wait and then spent 15 minutes getting photos of the bikes, and then the WTCC cars as we’d somehow been inveigled into doing a report on that as well – which hadn’t been part of the plan. I’d never done the bikes before, so it was interesting how much safer I felt at Melco with them out there than with the cars. It’s also intriguing in that gravity really does not appear to apply to them… 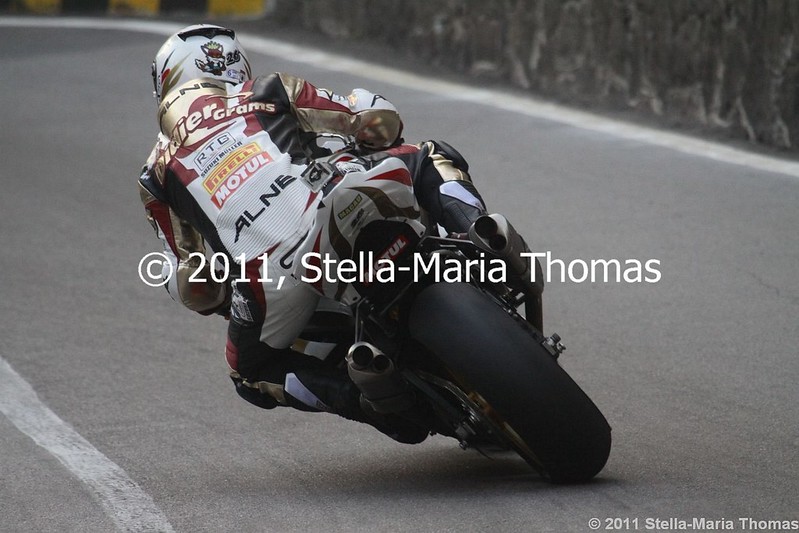 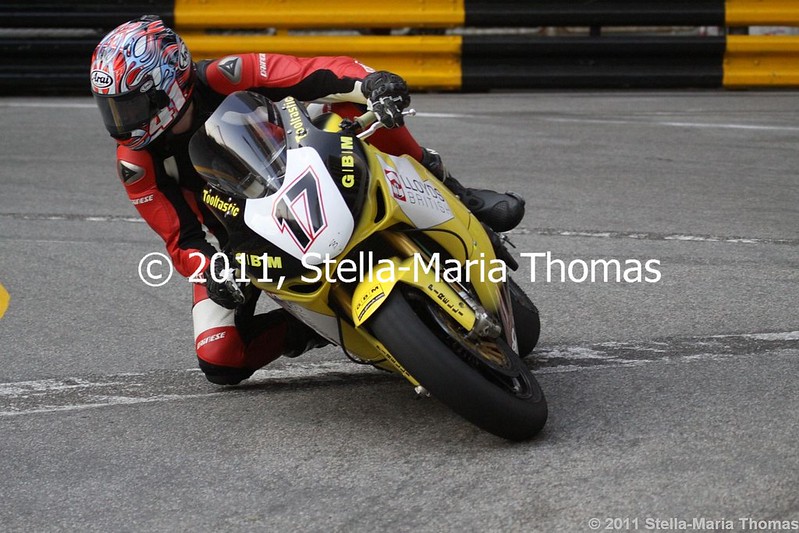 That session concluded, the marshals removed the mattresses from the barriers and the WTCC cars duly came out. 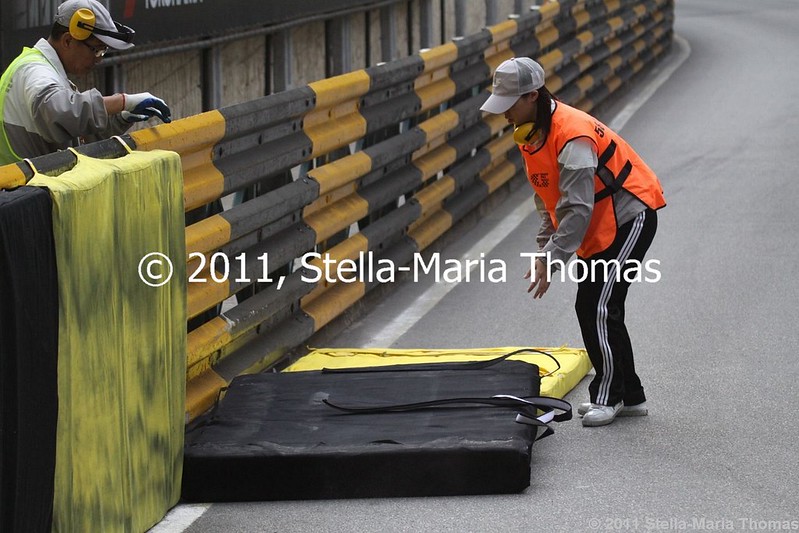 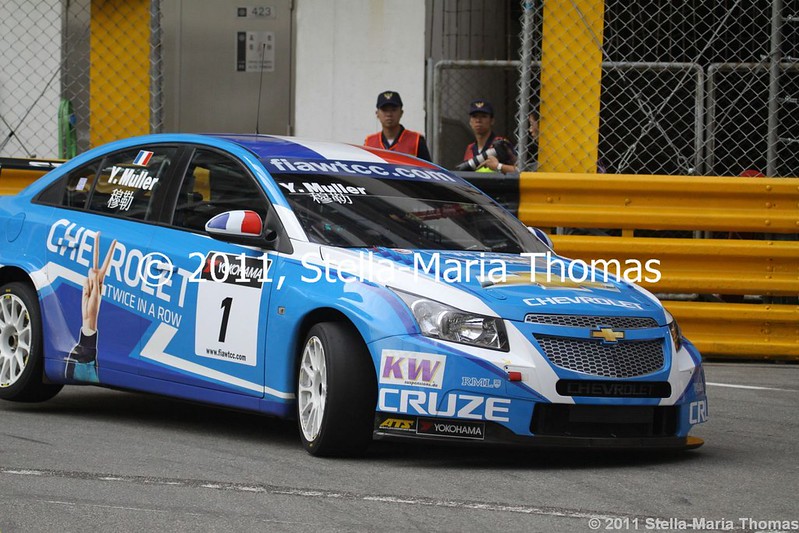 Once that was over I went back to the hotel, showered and had breakfast. The local racers were up to their usual shenanigans and managed to spin a 10 lap race out for almost two hours what with clearing up vast amounts of wreckage and having to substantially rebuild the barriers, so the WTCC race we were planning on catching up with from the incident reports in the press office ended up being watched from the hotel while we waited for the 12:15 shuttle bus, and the second race, which supposedly followed ten minutes later, was so delayed that it started just as we reached the press office. So we watched Yvan Muller become WTCC Champion and made our own notes about it! 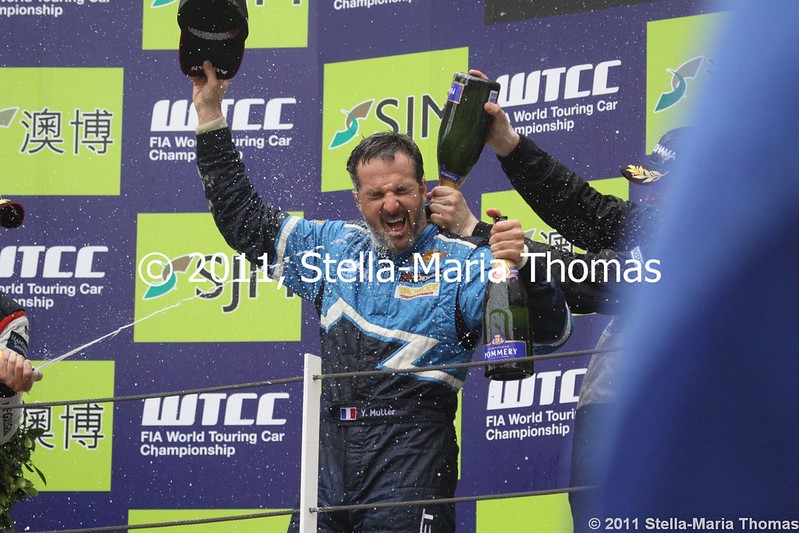 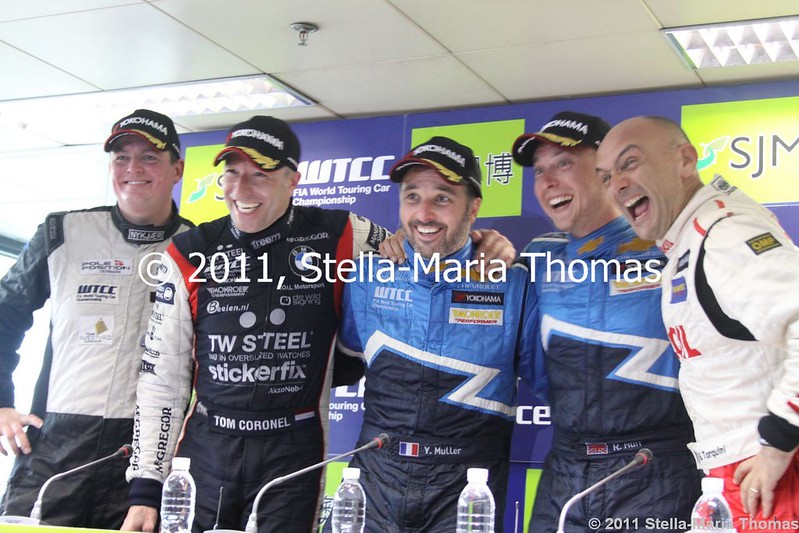 A little later we asked about pink bibs. Nikki said she would see if there were any spares that hadn’t been collected. There were. They were ours. Except we didn’t know and weren’t given them on the Tuesday when we collected our passes. If we’d known, we’d have asked on Tuesday and saved a lot of standing around/being pushed/shoved on Saturday…! Oh well, never mind. Bibs swapped, then we grabbed a quick lunch in the press office before it was time to go onto the grid. 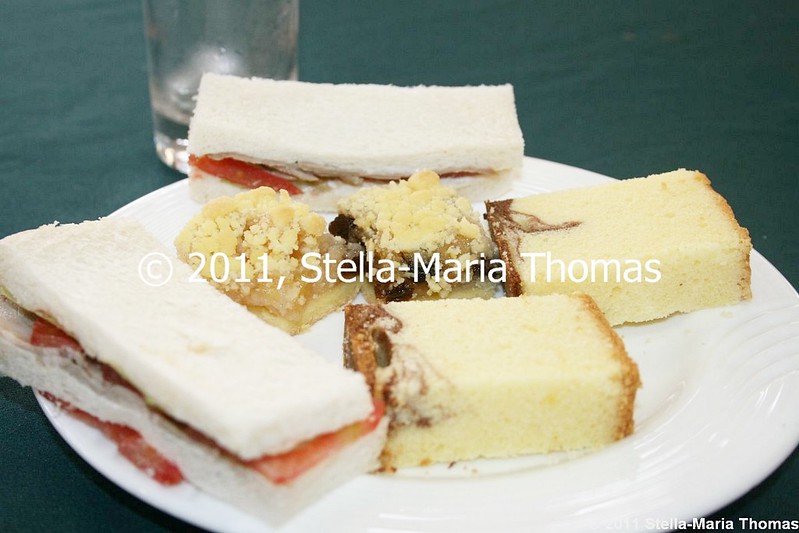 I love doing the Macau grid because with the lion dance and meeting the Governor and all the other stuff that goes on you have the best part of half an hour to get round – which is plenty of time to make sure you get lots of photos of pretty much everyone. Which is more than I was able to do on Saturday because by the time I got out there I had about three minutes before we were ordered to clear the grid. The amount of time available on Sunday meant that a lot of people were pretty relaxed, at least to start with. 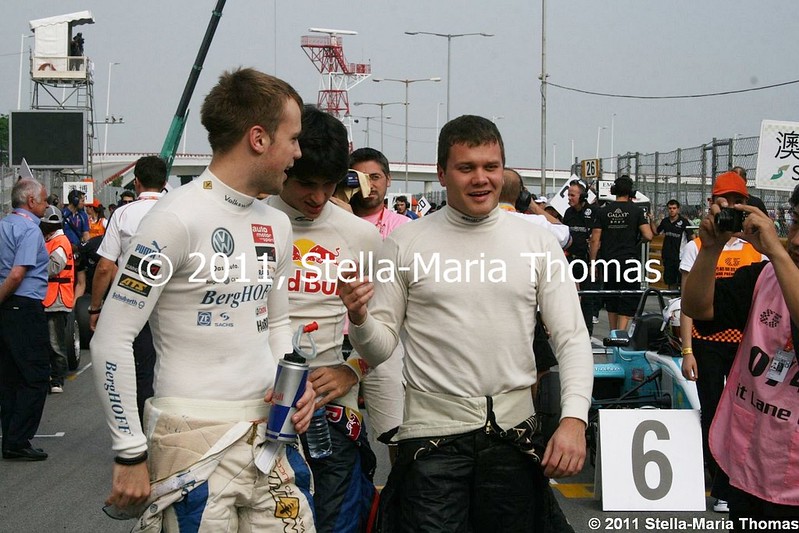 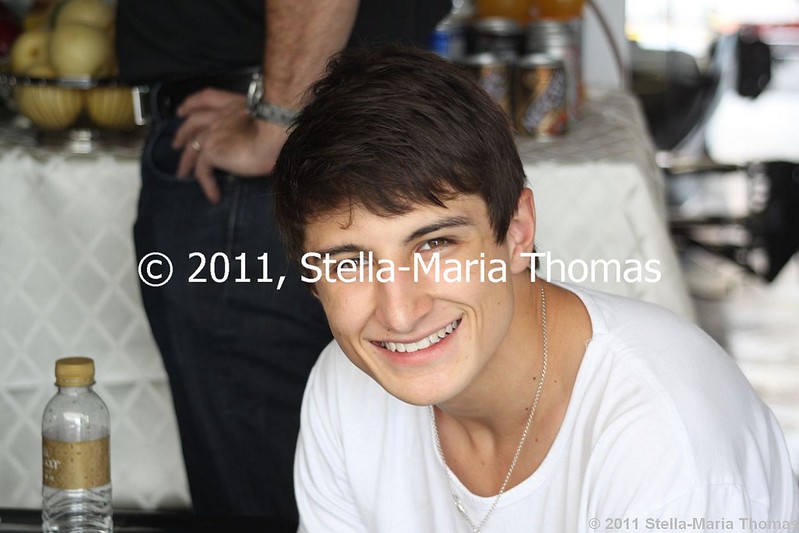 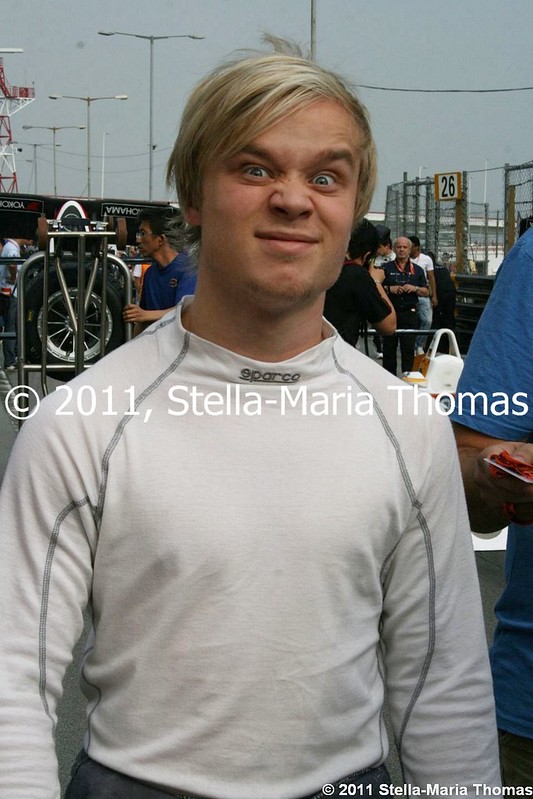 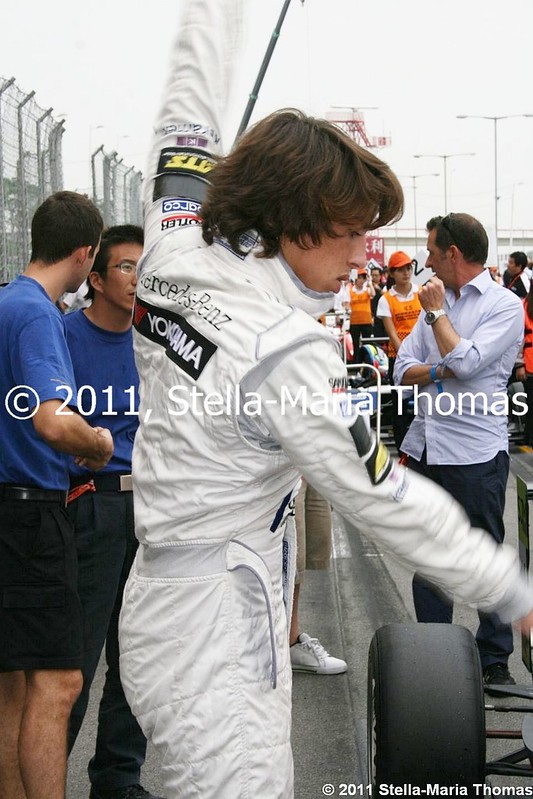 The race that followed was unbelievably messy and ended behind the safety car, thus depriving us of what was shaping up to be a very tense fight to the finish between the eventual winner Daniel Juncadella, Felipe Nasr and Marco Wittmann. As it was Juncadella was lucky perhaps, but it didn’t alter the result. He was delighted! 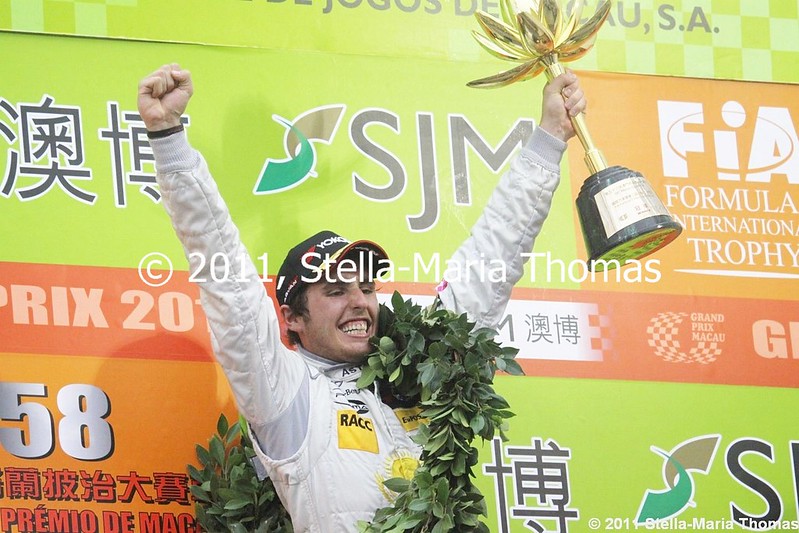 There followed a mad scramble to get the report finished and sent, along with the necessary photos, then a quick change, into a cab and off to the prizegiving party at the Macau Tower and Convention Centre. 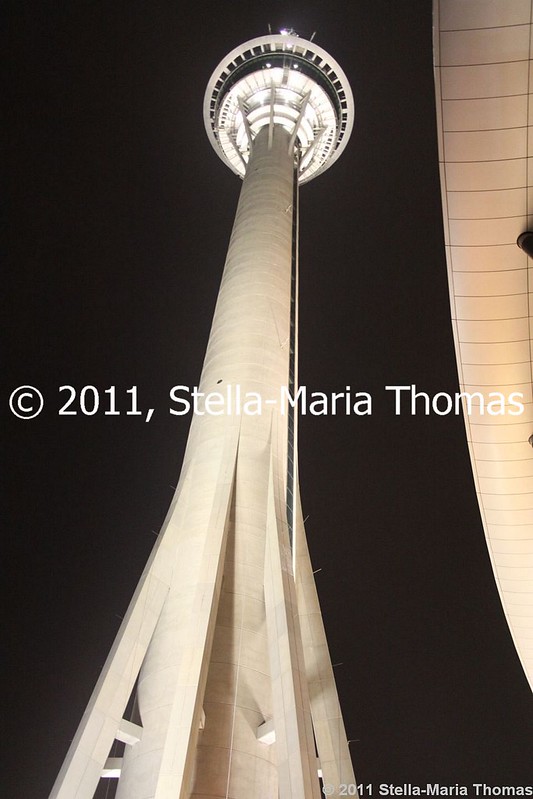 The organisers had set up the tables outside on the patio area overlooking the river and we soon found a table. The usual battle to get anything other than red wine or Coca-Cola to drink then ensued, though this year we won, persuading the head waitress for the section that white wine was what we really would like, bizarre though that seemed to the locals. The other battle tends to break out when you go to take photos of the actual prizegiving, because this is done during dinner – so basically the waiting staff will try and remove your food, or not give you any, because they think you’ve gone/finished/didn’t like it. It can prove tricky to get dinner, which would have been a shame as it was very good, especially the stuffed crab, and the beef main course. 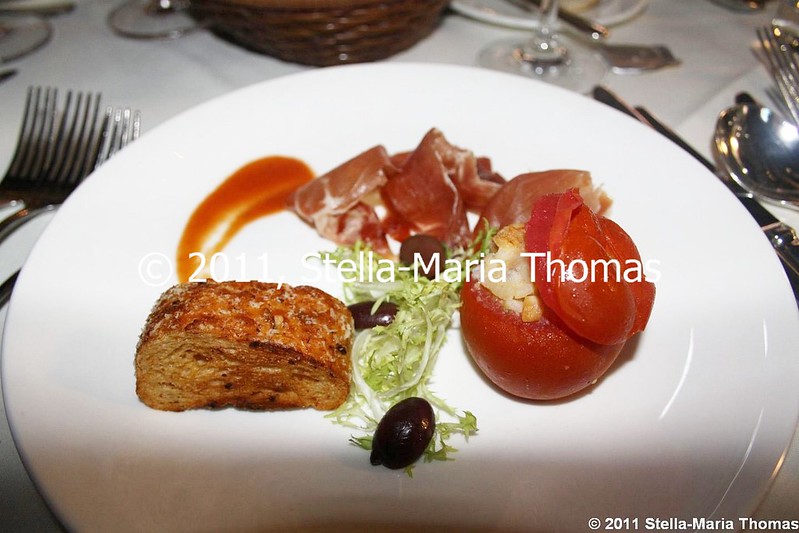 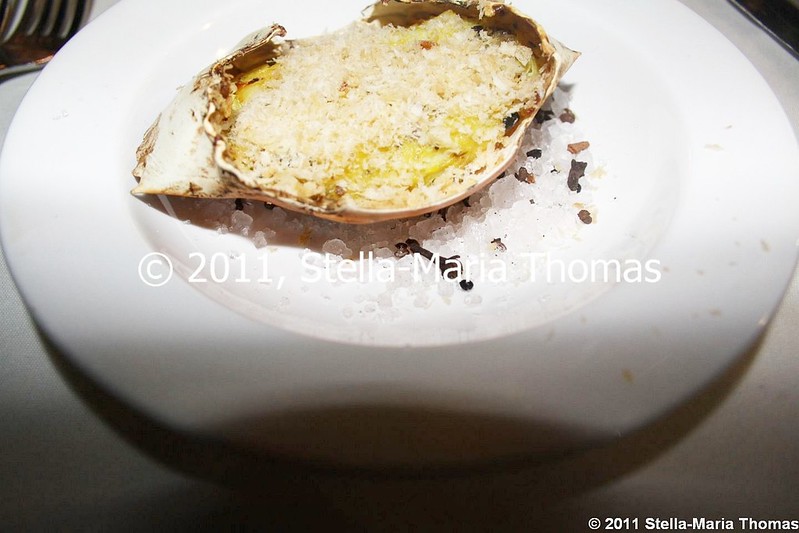 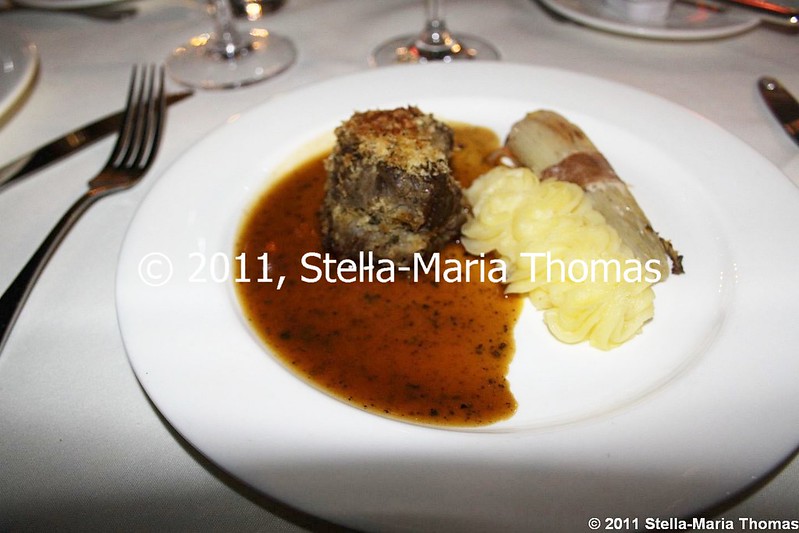 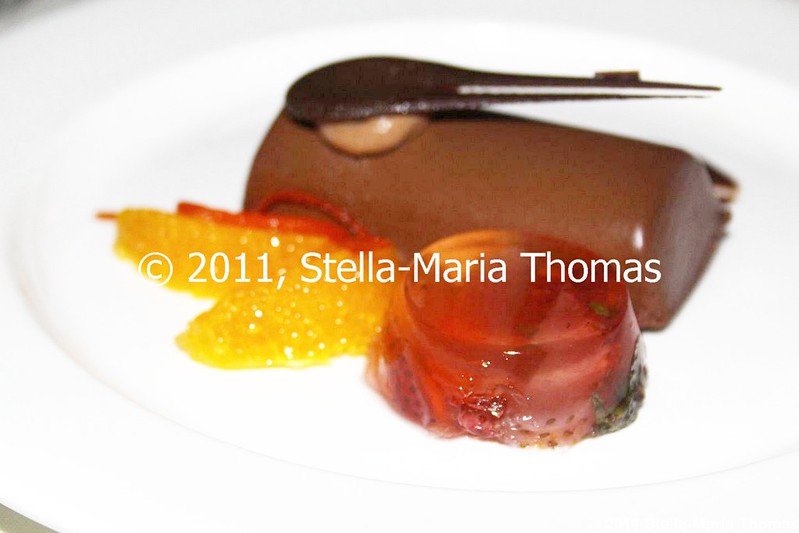 Part of the fun was watching the bikers come up to get their trophies and noting that with the exception of Michael Rutter they all pretty much limp on one leg or the other, presumably from coming off their bikes in races past. Also amusing was Yvan Muller’s jacket, for which there was very little excuse! I found out later that he was wearing matching shoes too, so clearly he’d done it on purpose… And you thought Frenchman were stylish? 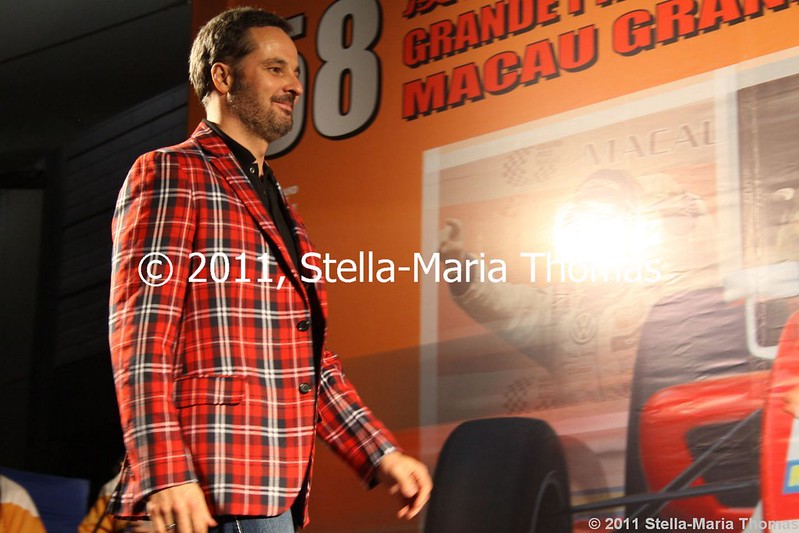 And having suffered retina burn from Yvan’s jacket, we were probably less dazzled than we might have been by the fireworks after dinner. Didn’t stop them being excellent though and in fact quite soothing on the eye after that horrible tartan. 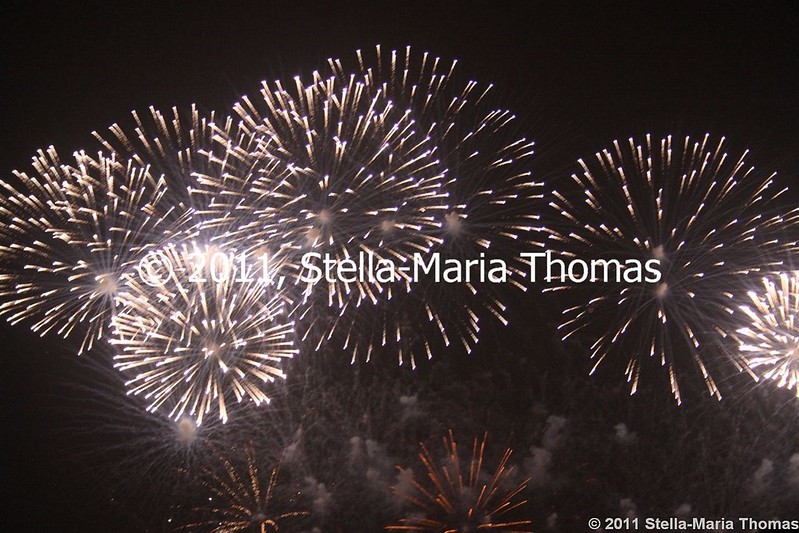 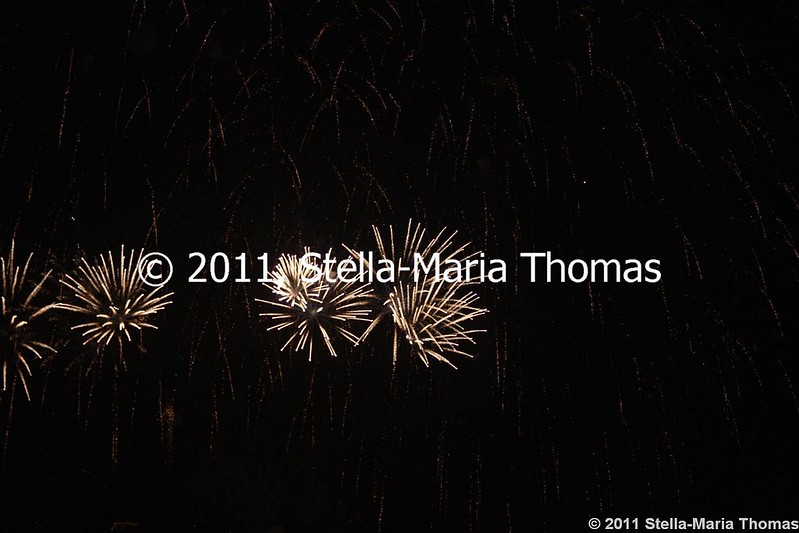 Afterwards, we decided that we would go to one or two of the parties but that we’d give them time to get started, so we’d head off to Wynn’s first and have cocktails, maybe take in the light show, and then head to the Chevrolet party at the Venetian. 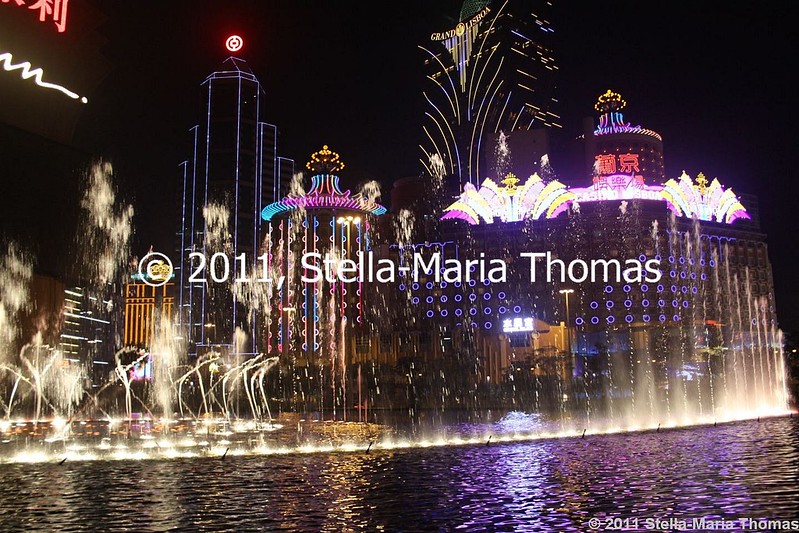 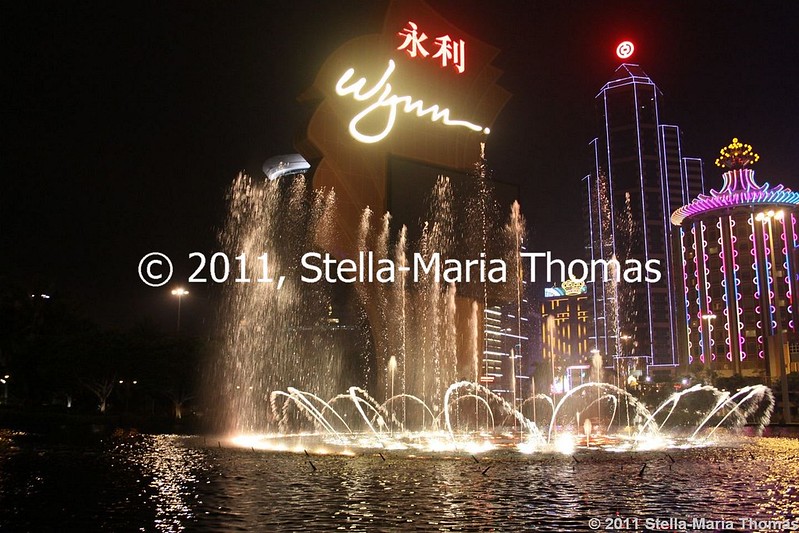 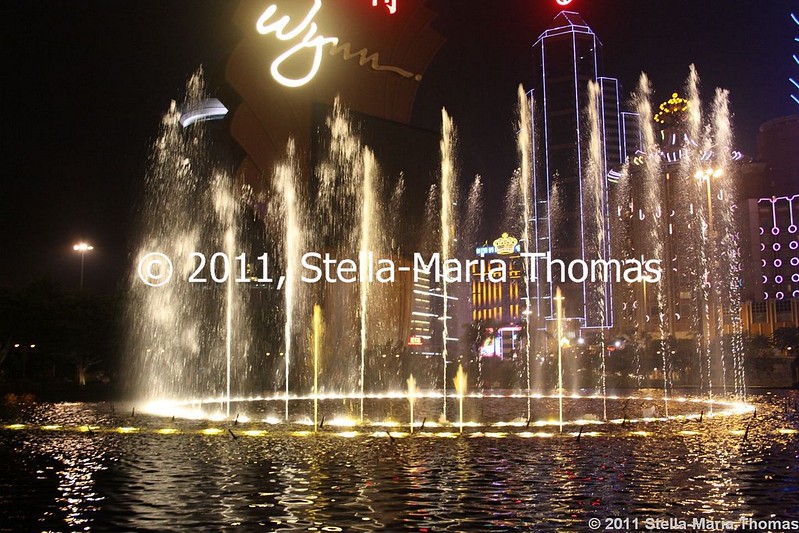 And so to the Venetian where we were allowed in easily enough thanks to Louise, but opted not to stay long because there was nowhere to sit, and more importantly you couldn’t ask for anything at the bar because the music was so loud no one could hear what you were asking for. We stayed for one drink (there were open bottles of whisky, vodka, Jack Daniels and Champagne around but most of them were empty or had been mixed – who knows what with). We were there long enough for an extremely drunk young man to attempt to proposition me, before beating a retreat to the MGM Grand and the F3 Party in the Lion Bar. Unlike last year the place was jumping by the time we got there, and we had a drink or two, a chat with one or two people and eventually grabbed a taxi back to the hotel to fall into bed sometime round 03:00. It might not have been late by Macau standards but it had been a very long day from where I was looking at it.