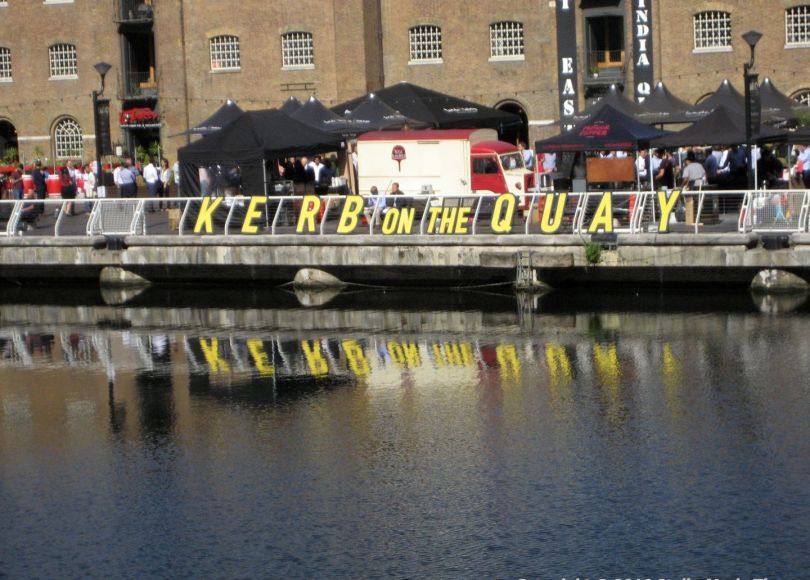 Last week, bored with eating lunch at my desk,  and keen to see whether the concrete and glass monstrosity that is Canary Wharf has any redeeming features, I decided to go out to Kerb on the Quay over on West India Quay to see what was on offer. As they are only operating during the summer months I was running out of time to check them out so, trusty Canon IXUS 60 to hand, I set off out into the sunshine to see what I could find.

Crossing the bridge to the quay from the office and shopping hell that is Canary Wharf these days the first thing that struck me was the old warehouse buildings, including the Museum of London Docklands, which must now go on my list of things to do of a lunchtime to stop me going mad at my desk! This will be helped because it’s free.

The second thing that struck me was just how busy Kerb was. There were massive queues at most of the food trucks, though not, I was happy to note, at the one I had in mind to check out. I’d done a bit of reading up and unless I wanted something fried and/or hot the best sounding option was the Scandi-inflected Allihopa. There were a handful of people waiting for the smoked fish balls, but I was served very promptly, opting for their smoked fish salad. 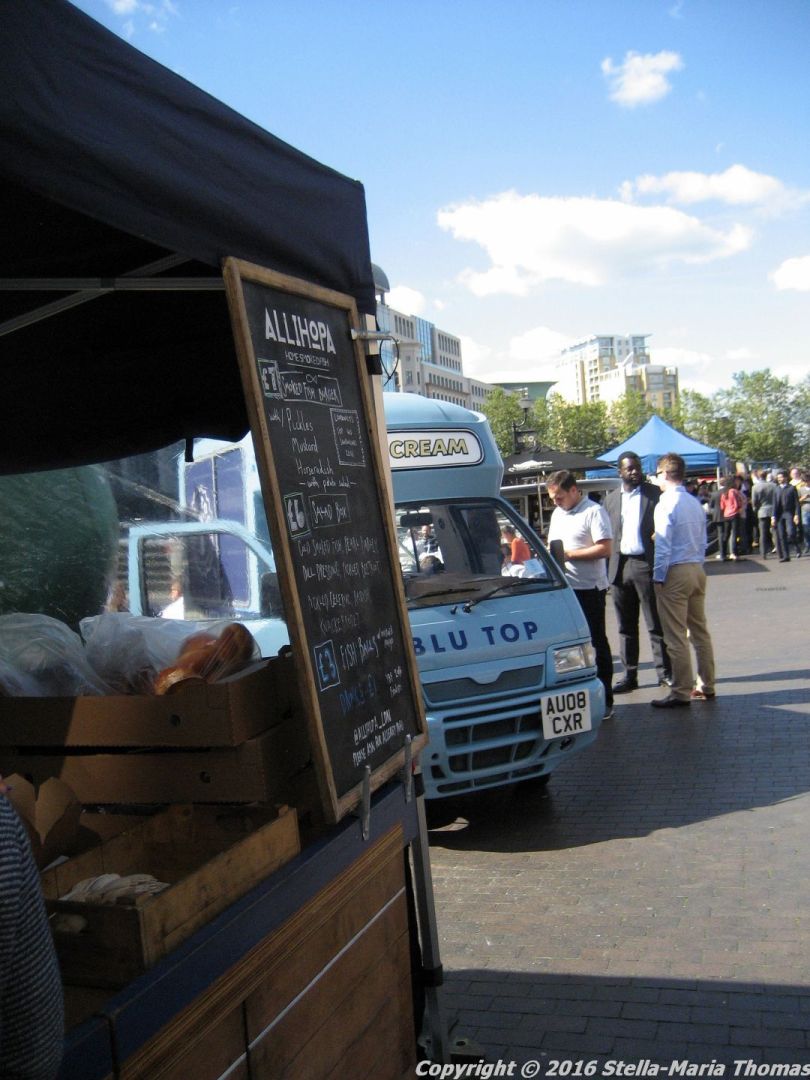 I found a bench in the sun and sat down to check out what my £6 had bought me. The selection of pickles,vegetables and smoked trout on a bed of barley (I think anyway) is served with a hefty portion of Swedish rye crispbread, the proper round wheel type, which is pretty substantial in and of itself.

I was amused by the wooden fork, which I would hope was made of birch if we really want to carry on the Nordic theme, but I’ll forgive them if it wasn’t. Lurking underneath the crispbread was a fine selection of vegetables, some pickled, some not, including cucumber (pickled), beetroot (also pickled) and celeriac in a lovely, mustard-infused celeriac sauce, and a small portion of potato salad. In addition to the grains underneath it’s fair to say I was getting a pretty hefty carb hit for my money. The vegetables were fresh, with good textures, though I could have done with less of the rather dull grains.

The fish was the highlight along with the remoulade/celeriac – lovely, tender slices, just the right amount of oiliness to make it slip down beautifully, and smoked lightly so it didn’t overpower anything but still managed to stand up to the pickled and mayo’d vegggies. I sat in the sun and relished every last mouthful, before returning to the office feeling well fed and satisfied with my rare lunchtime excursion.  This Kerb version appears to have one more week to go before they close for the Winter. I must check them out again this week. 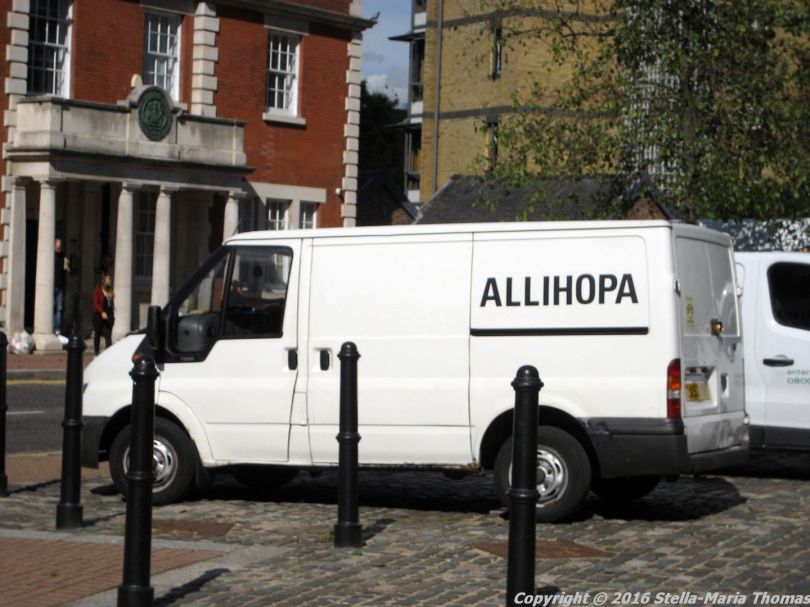