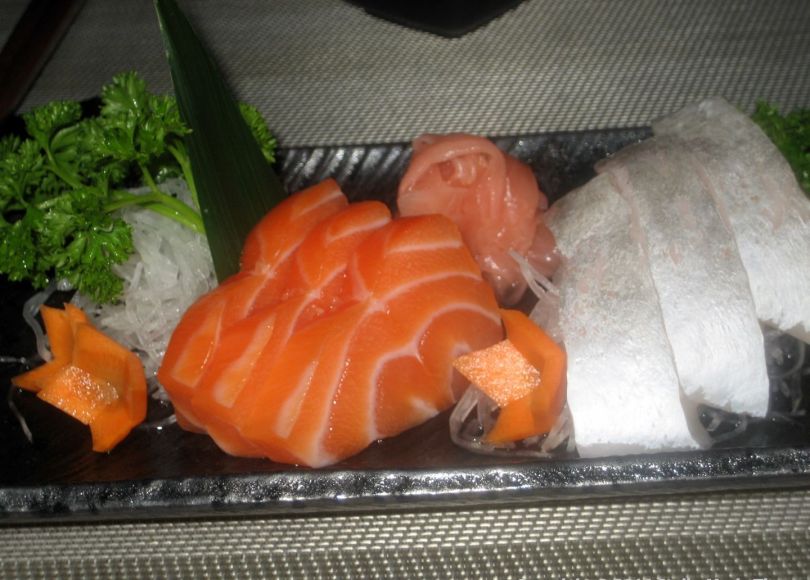 I like Japanese food as much as – OK, probably more than in some cases – the next person, so the fact that there’s one a 25 minute drive away from home makes me wonder why we don’t go rather more often.

Anyway, having managed to convince a couple of Lynne’s colleagues that they needed to check it out too we duly made our way to Wolverton, a year after we last visited Akasaka, on that occassion on a Groupon deal, this time with no option but to pay our bill in its entirety.

Stratford Road is not exactly the West End of London being a somewhat run down old street close to the railway depot and mostly populated by ethnic supermarkets of whatever the current make up of the area renders profitable, plus some sorry looking takeaways, but at one end of it sits a haven of civilisation in the shape of Akasaka.

The building from the outside doesn’t look especially promising though it does at least look cared for. Inside it’s been quite stylishly made over, with dark walls, oriental pottery in restrained display cases, and a bar at one end where the two somewhat over-stretched in the shape of two willing but not always that observant teenage girls. 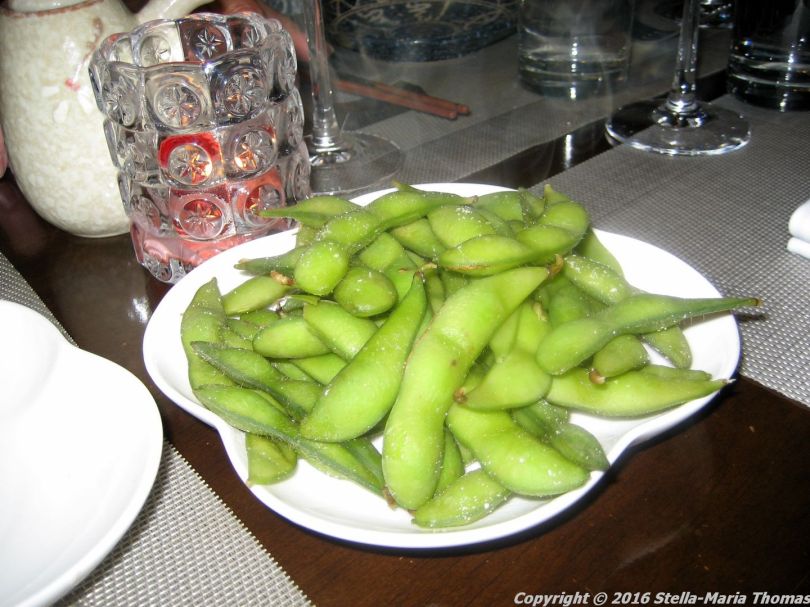 We ordered a bottle of prosecco and some salted edamame beans to nibble on while we made up our minds what we wanted from what is a longish menu. The edamame proved a challenge for one of our party as she hadn’t realised she shouldn’t eat the pod, just the beans. Once that was sorted out all was well and we spent some time batting suggestions and recommendations back and forth. The edamame were lovely, just crunchy enough to be fun to eat, even if Lynne wouldn’t touch them. 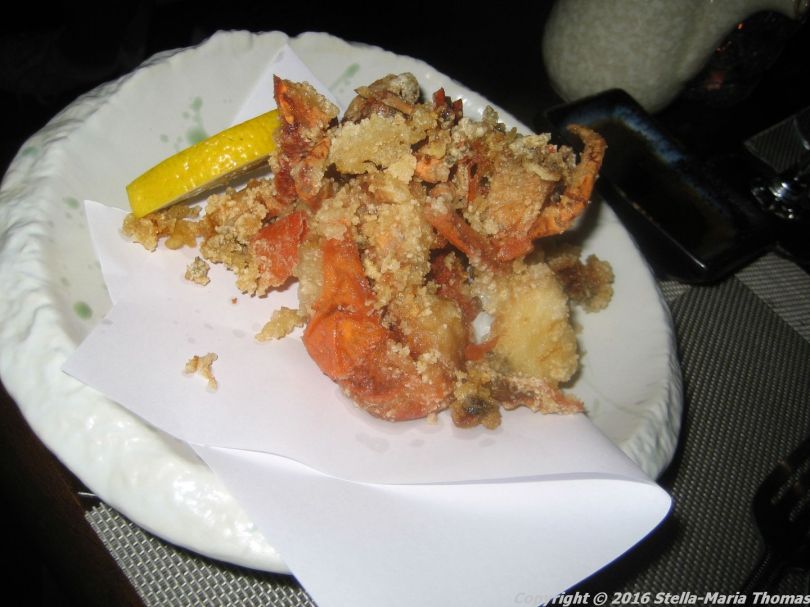 We started with a couple of small items, the beef tataki, a portion of tako yaki, and a deep fried soft shell crab (are you sensing a theme?), it being one of the foodstuffs I cannot resist. The soft shell crab could perhaps have been crispier, but it was tasty and didn’t suffer from the “more than crab” problem that some restaurants seem to inflict happily on their diners. This version had a slightly heavier than normal tempura-style batter, which meant more crab, less batter and was no bad thing. 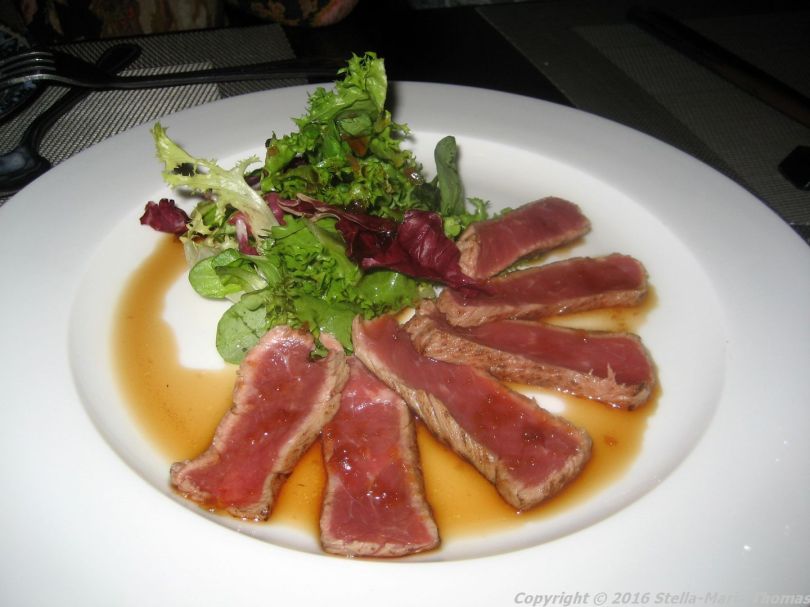 The beef tataki was beautiful, tender, rare on the inside and presented fanned out so that it soaked up some of the light dressing that accompanied it. I could probably keep eating it for way longer than would be good for me, so it’s just as well it was only a starter portion. 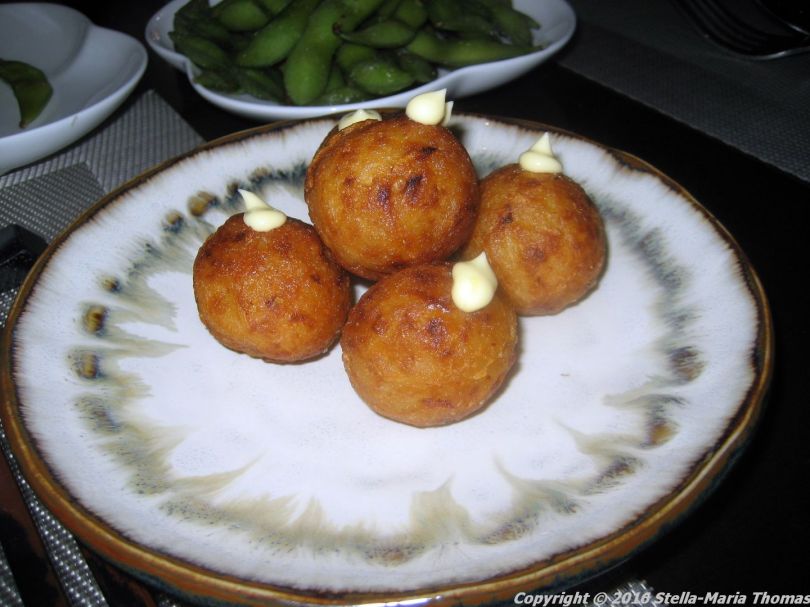 The one starter that didn’t really work for me was the plate of Toko Yaki, which was described as octopus meat balls battered with wheat flour. There was certainly flour. There was very, very little octopus, and while the batter tasted OK, it wasn’t that thrilling that I wanted it instead of the octopus. 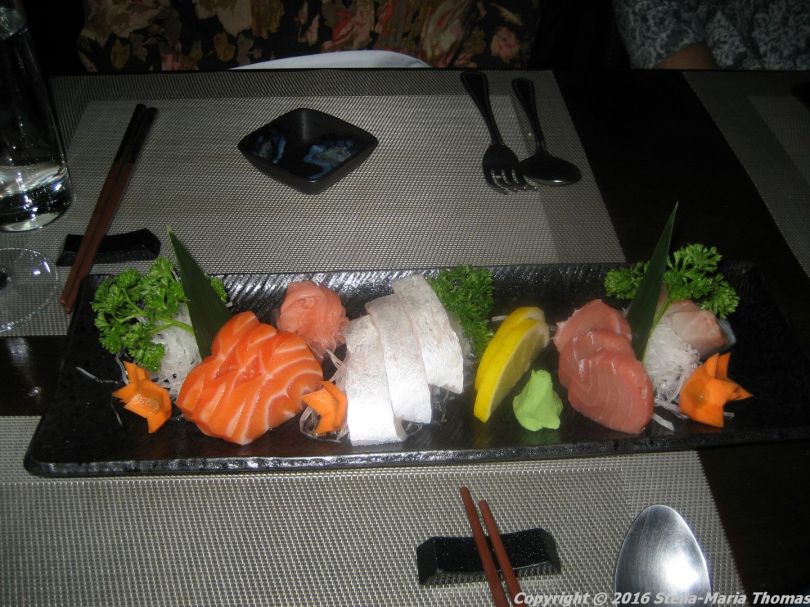 From there we moved on to our main courses. We’d gone for a selection of sashimi which comprised of two pieces each of tuna, salmon, seabass, seabream, saba mackerel, scallop and yellow tail. These were delightful to look at, pleasing to the eye and to the taste buds, packing a massive fishy wallop that was just the thing for the end of what had been a rather complicated Friday. 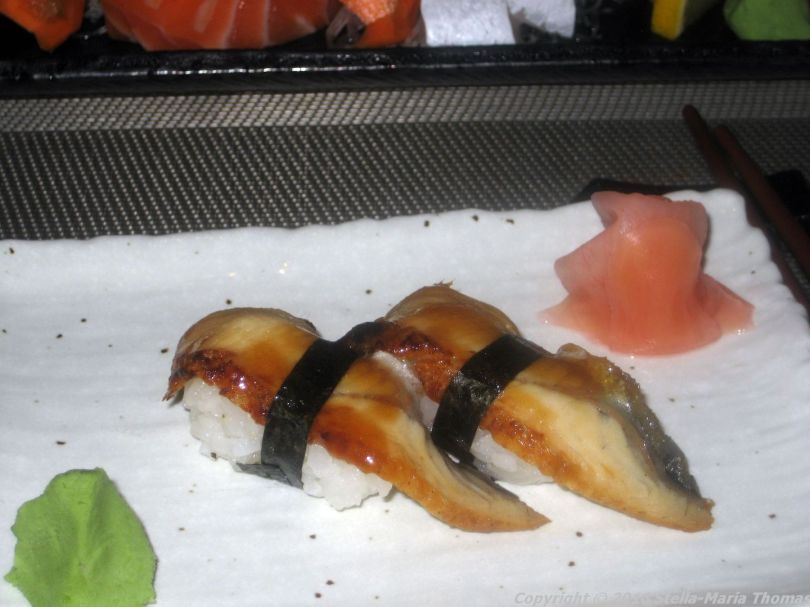 To offset the sashimi, we’d ordered some sushi too. Eel is another one of those foods I just love to be honest. I developed a taste for it smoked in my teenage years, but have in later years discovered a variety of ways to enjoy it, made better by the fact that after a rocky few years, the slippery creatures are on the rise in number terms again. The sushi was well made (it’s done on the premises), with the rice just right, not too dry, and the eel itself was still soft, the oils just coming to the surface in the right way. There was a lovely punch to the wasabi paste too, and the pickled ginger was mild and refreshing. 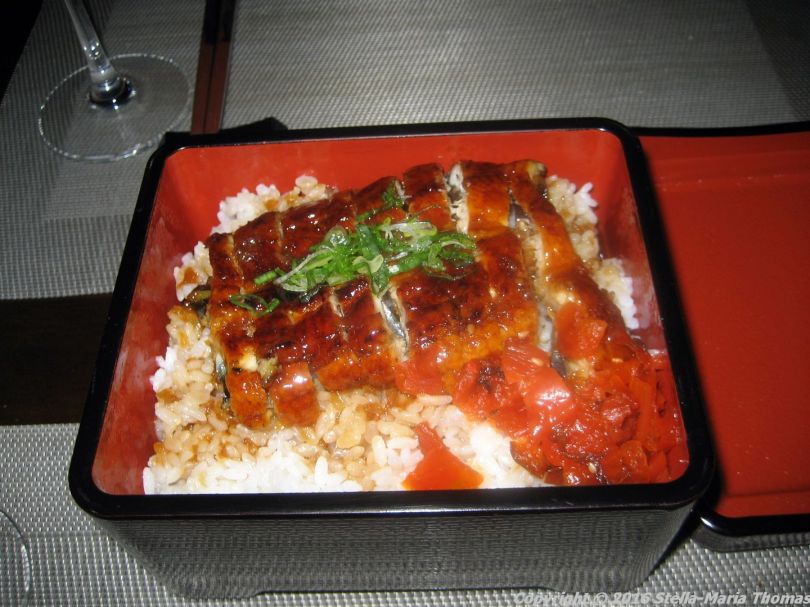 And then there was the piece-de-resistance for an eel lover such as I. A lacquered box containing a portion of unaju, eel with teriyaki sauce sitting on top of a bed of steamed rice. The rice was sticky but not especially glutinous, while the eel just fell apart in the mouth, and there just wasn’t enough of it! Even though by this stage I really couldn’t have sensibly eaten anymore…

The staff proved somewhat elusive by this stage of the evening and there was a bit of a wait to pay, but in the end we settled up. In conclusion, mostly excellent food with just the one misfire, lovely, friendly staff who could maybe do with an extra pair of hands, and could also perhaps be a tad more attentive (but as dinner came out at around £40.00 per head including wine I’m not complaining). If you like Japanese food and don’t want to pay London prices, Akasaka hits the spot. 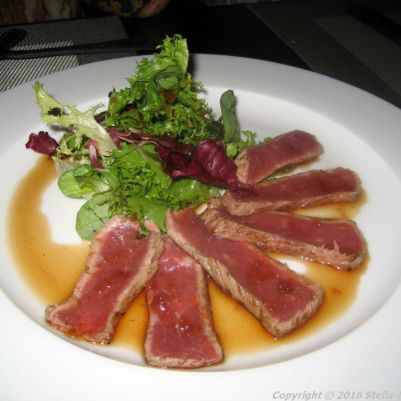 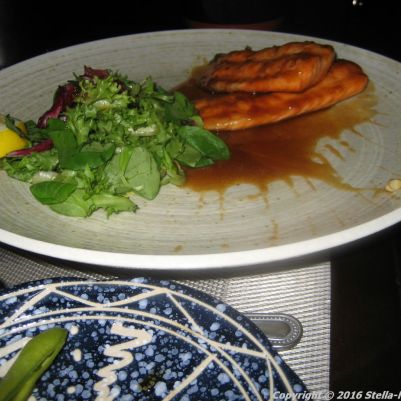 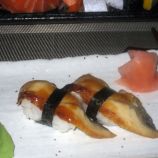 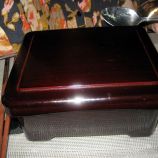 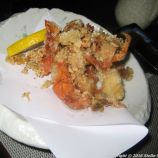 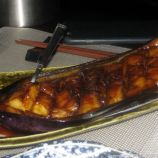 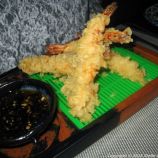 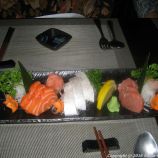 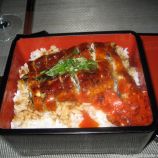 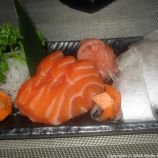 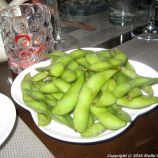 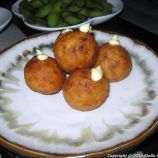