We’ve loved the Vine House for some considerable time, even if we can’t afford it too often, given that we never seem to be able to get out without spending twice as much on wine as we do on food. However, for special events it’s very close to our hearts and with an anniversary to celebrate there was nowhere else we could possibly go. Over the years the menu has shifted somewhat but the old favourites tend to remain firmly in place, even if the late lamented thrice-cooked chips (the best I’ve ever tasted) look unlikely to ever make a return! 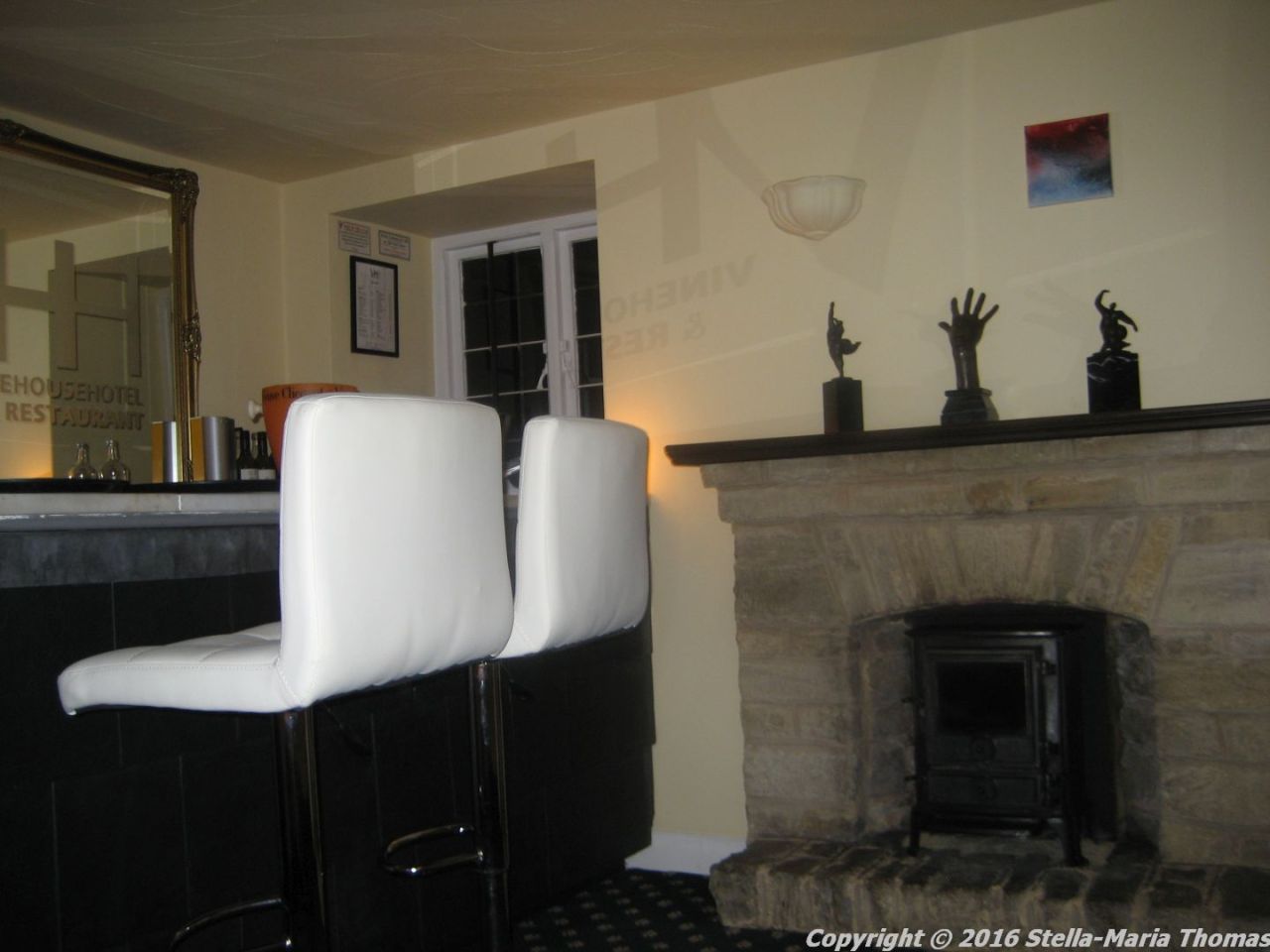 The restaurant kitchen is Marcus’ domain and unlike some chefs in this neck of the woods, in all the years we’ve been going there I don’t think we’ve ever seen him, let alone spoken to him! However, the lovely Julie at the front of house more than makes up for her somewhat reclusive other half, and greeted us warmly as ever. We didn’t take long to get settled in the bar with a bottle of sparking Australian wine, a Fox Creek Arctic Fox (I’m pretty sure you’re not likely to see one of those anywhere in McLaren Vale!) It was very pleasant and got the meal off to a great start.

It wasn’t long before we moved from the bar to the restaurant area where we had a well-sited corner table by the window. I’m better off up in the top corner as I’ve a tendency to get distracted by the book collection in the lower part of the room and I’d hate Julie to have to search me on my way out!

The bread has always been excellent at the Vine House, and this time was no exception to that. The only difficult is stopping yourself from eating it all as soon as it appears in front of you.

As a starter Lynne had her usual standby of goats’ cheese and beetroot:

This is a regular on the menu though Marcus does ring the changes with different accompanying fruits based on whatever is seasonally available. This time it was figs. The beetroot is cooked to a sticky consistency and the salty edge to the goats’ cheese goes perfectly with the sweetness of the vegetable. It’s a great choice and I can see why Lynne usually chooses it. The downside is I’m not normally permitted more than a forkful as opposed to the usual sharing system we have in place. That’s how much she likes this dish.

I like to chop and change and so I chose the ham with quince and red cabbage:

Again I loved the contrast between sweet and salt, the quince and the ham, with a touch of picking to the cabbage. It was fresh, and light, and set me up for the mains very nicely. By now we’d finished the Arctic Fox and it was time to move on to a bottle of Tombacco Aglianico del Beneventano from Campania: 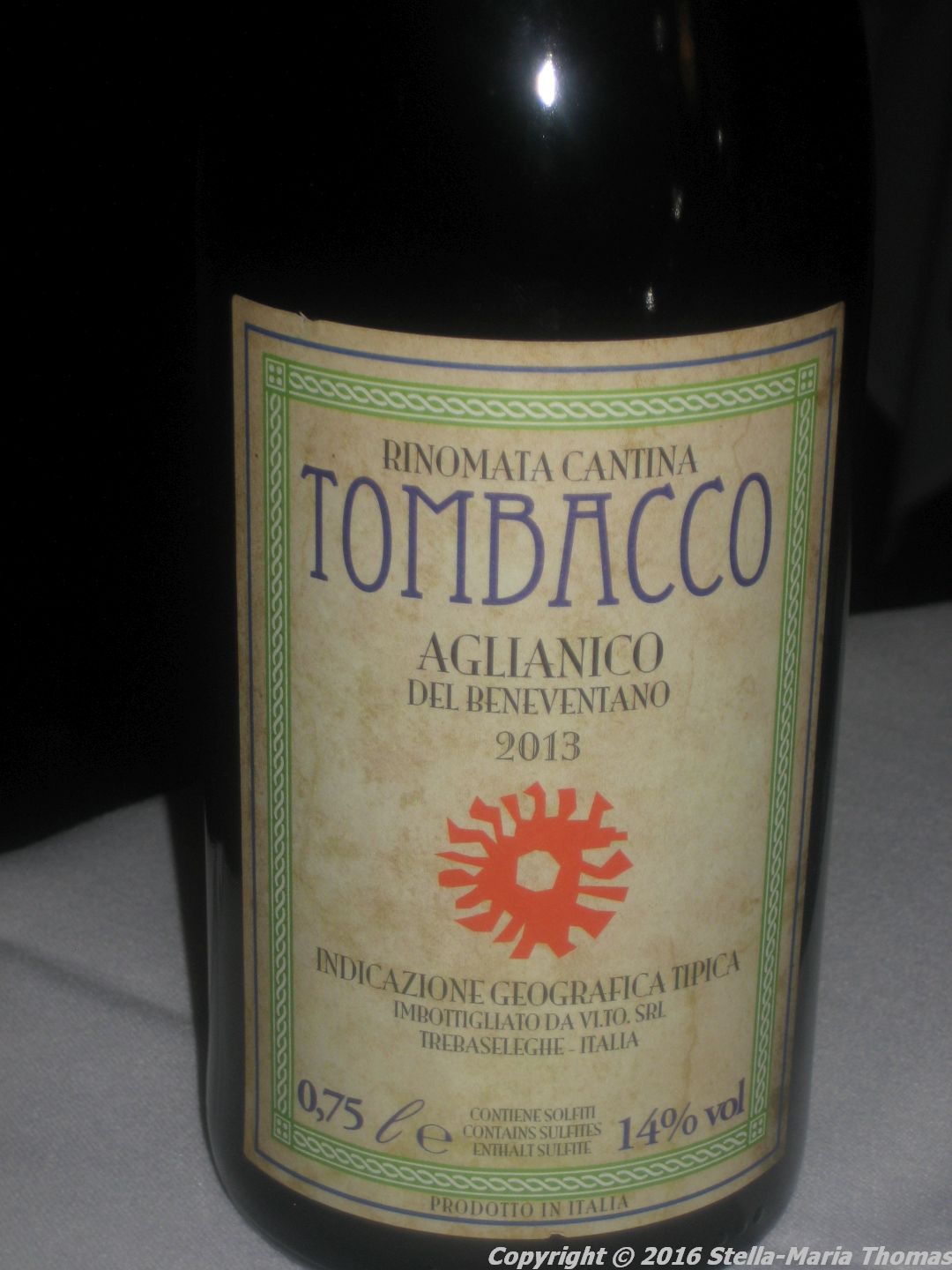 The wine list has has a bit of a makeover over the years and while I miss the massed ranks of some very impressive vintages, I can see why they no longer have such a list and have scaled it right back. Fine wines take up a lot of space and if you only sell the occasional bottle I can see why you might feel you have to rethink.This was very good and I’d happily drink it again any time.

The mains were up next with Lynne claiming the lamb despite not being overly keen on the accompanying vegetables (though she did enjoy the potatoes the meat was resting on). I got most of the cabbage – which is fine with me. There are advantages if you’re a brassica fan to dining with someone who is a supertaster!

My main was one of my standbys, the duck:

There was an autumnal slant to it this time, with pumpkin featuring big on the plate, along with some more beetroot. The meat fell off the bone almost before I could stick my fork into it and the entire plate was like being enveloped in a massive hug on a cold, wet night!

We’ve been known in the past to have a dessert and a cheese and share them between us. This time we couldn’t manage the cheese so we opted for a dessert and two spoons:

The chocolate and olive oil terrine was dense, sweet, sticky and really went well with the salted caramel ice cream. I’m not sure I could have managed a whole portion but it closed the meal out and we went home happy!