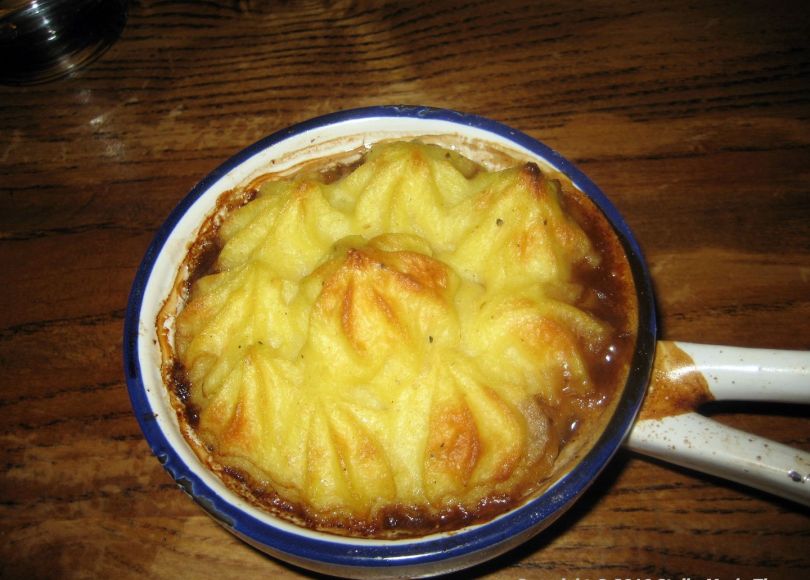 Cameron’s have for a long time run a series of wine dinners, based around a country or region and with food chosen to match. And so after a gap where they’d been trying to figure out what region to go for next, we found ourselves attending the Chilean wine dinner with our regular wine-dinner friends.

The food is usually interesting and always varied, though now and again the resulting dish is not what you might hope for. The starter with the first wine was a ceviche with a mix of fresh fish and prawns, and a very citrussy dressing containing both lime and lemon as far as I could tell, along with the red onions. It was fresh and zingy and sharp and got the meal off to a lovely start, though it really isn’t an autumnal dish. The puffed up flatbread with it mopped up the juices nicely and left us ready for more wine and the next course.

Pollo Borracho (roast chicken, baked in white wine and spices) was next, and though I’m not one to order chicken normally – I find it bland and often dry and would rather know its provenance if I’m going to eat it – this was pretty good with a kick to the gravy from the spicing and some very tender meat on what was essentially a poussin. 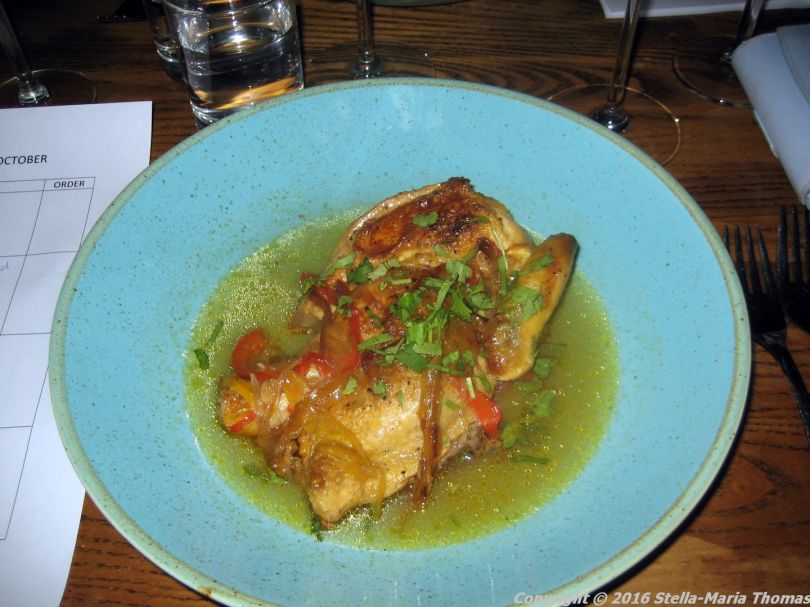 The pastel de chocio was described as a beef and corn Chilean-style shepherd’s pie although I assume that as we’re talking beef it was probably more of a gaucho’s pie, given it didn’t contain lamb. However, that is to split hairs (and possibly create an unecessary semantic argument) and what came out was delicious, with rich, meaty beef sitting under a golden coat of mashed potato with gravy oozing round the sides. That was autumnal, all the way, and I’d have liked a bigger one (or even just another portion) but otherwise no argument and no complaint could be heard from our table.

And then we reached dessert which is where we hit on of Dan’s rare failures. The sopaipillas pasdas should have been fluffy, crispy squash dough pancakes with cane sugar and orange zest syrup. The bad news was that they were neither fluffy nor crispy, and were in fact dense, solid balls of almost un-chewable dough that a spoon would not go into. The syrup was nice enough, and that was unfortunately the best that could be said for it. After a recent re-visit I’m beginning to wonder what is going on in the patisserie/dessert area; whatever it is, it’s not good. The “pancakes” reminded me of nothing more than the “dumplings” an ex-flat mate of mine used to make. He was a lousy cook but the dumplings really were the absolute worst, largely because he made them with flour and water, nothing else. They were more like ammunition than food, as were these. 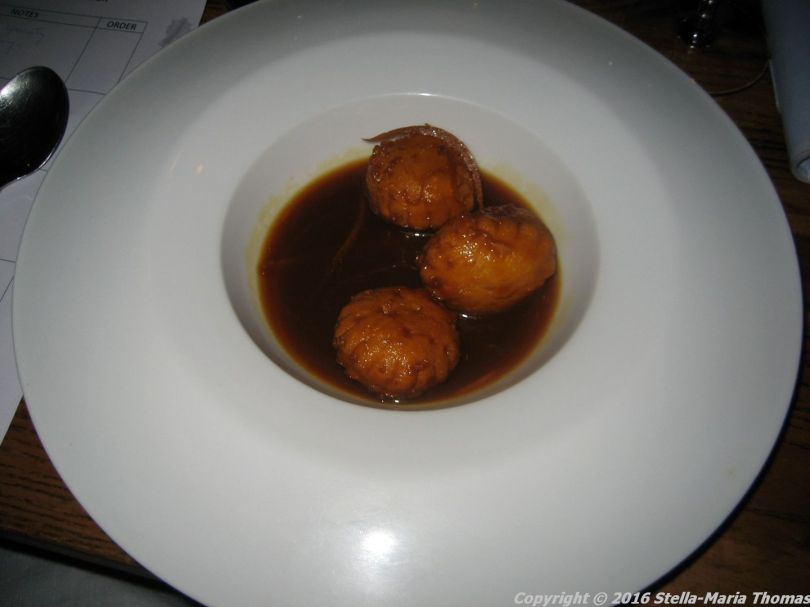 Luckily we’d have sufficient wine by then not to care much, but it was a shame as it let down what had otherwise been a very good meal.