After three years of the Towcester Food Festival, held in the summer months at Towcester Race Course, the indefatigable Crispin Slee, madman of the parish (in the nicest possible way) and one-man force of nature decided that what we needed in the county was a winter festival too. And so, in 2016, it came to be, with the regular crew of volunteer “festival makers”, whose numbers included me, involved in making it happen. In return I got tickets for the day I wasn’t working and after lunch on Saturday Lynne and I headed over to the cricket ground to see what was there.

On entry we spotted the prosecco wagon but put that on hold until we’d had a chance to go round and do some Christmas shopping as well as trying to get the main Christmas and New Year’s Eve dinner meats is we possibly could. Alcohol this early would really not help! The stalls were plentiful (though there were less than at the 2016 summer edition – not surprising really for a brand new event) but most of the stall-holders seemed very happy with both the venue and the attendance. It was certainly busy though not as busy as I would have expected for a Saturday afternoon. Personally I reckon the weather was putting people off – it was cold and blustery and wet and if you didn’t know the stalls were inside you might have bottled out at that point. The people I felt sorry for were the street food vendors, who were outside… It was much nicer out there on Sunday! 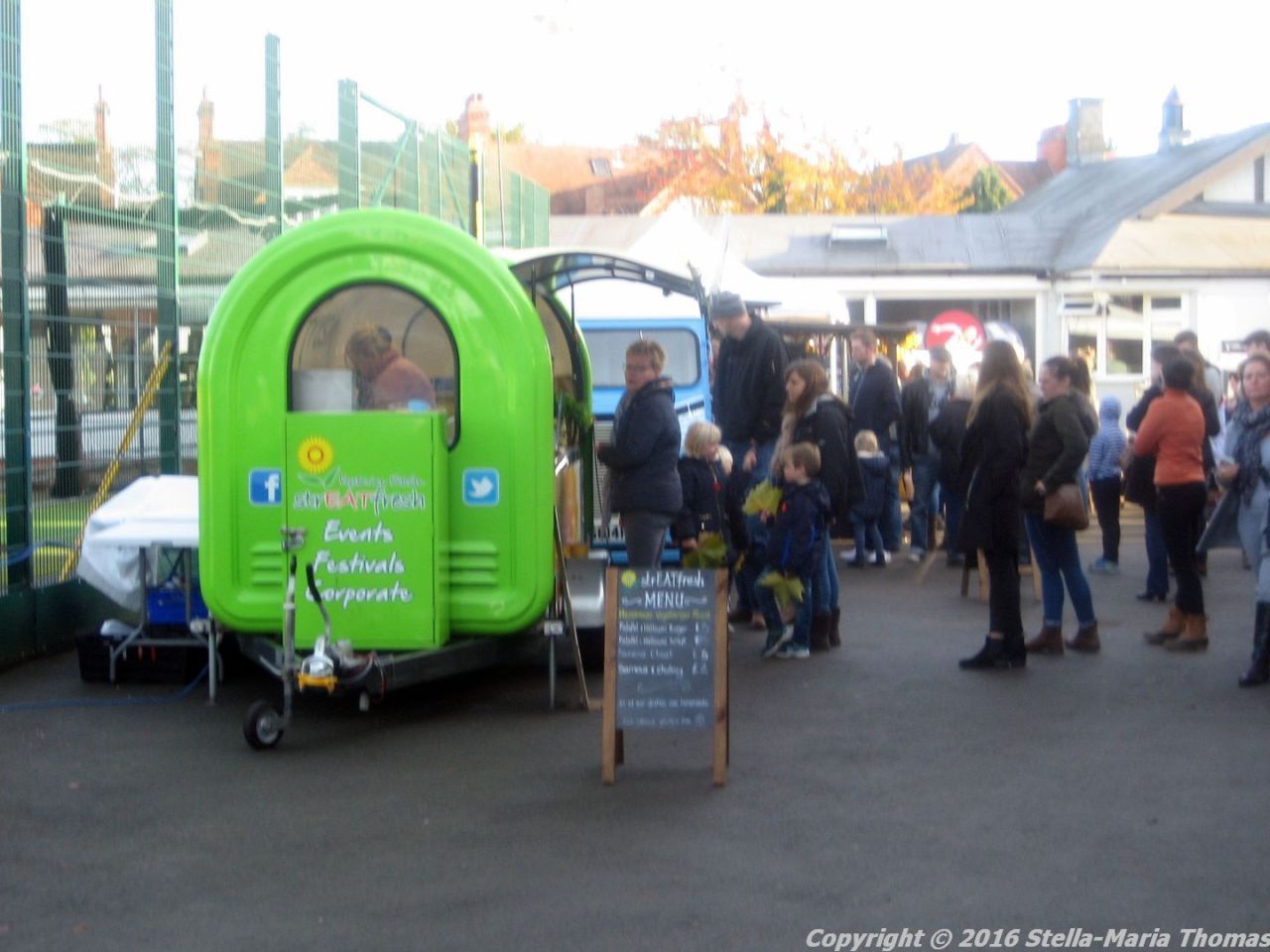 Anyway we cast around and bought beer and chocolates from a variety of stalls and had a lovely tasting of Spanish wines that we may well go back for in the new year (we couldn’t right then – the wine fridge was absolutely rammed). The gentleman with the beers with the rude names failed to sell any to us because he wasn’t letting anyone taste them, and I’m not buying on the sole basis of a name! Instead we bought from those who did supply tasters. It doesn’t need to be much, but it it became the principle of the thing to be honest. Gun Dog Ales and Phipps Brewery were both much more sensible and consequently saw the colour of our money early on.

Among the many wonderfully tasty things available were:

There were many more, including cheesemongers, sauce makers, biscuit and bread bakers and vodka distillers and we eventually hit the point where all we needed was prosecco, so that warranted a return to the wonderful and wonderfully ingenious Prosecco Van from Fizz 76 who very kindly showed my the very clever interior that enables Em and Em to dispense prosecco from a pair of taps on the side of their cute little vehicle.

A couple of cocktails later we felt much more energised and pitched back in for a final tour round.

On the Sunday I was back, this time in a Festival Makers’ t-shirt manning the festival office and trying hard not to freeze to death! I was glad I’d had time before hand to get a cup of coffee and a cheese toastie from my friends at the Good Times Cafe UK truck. 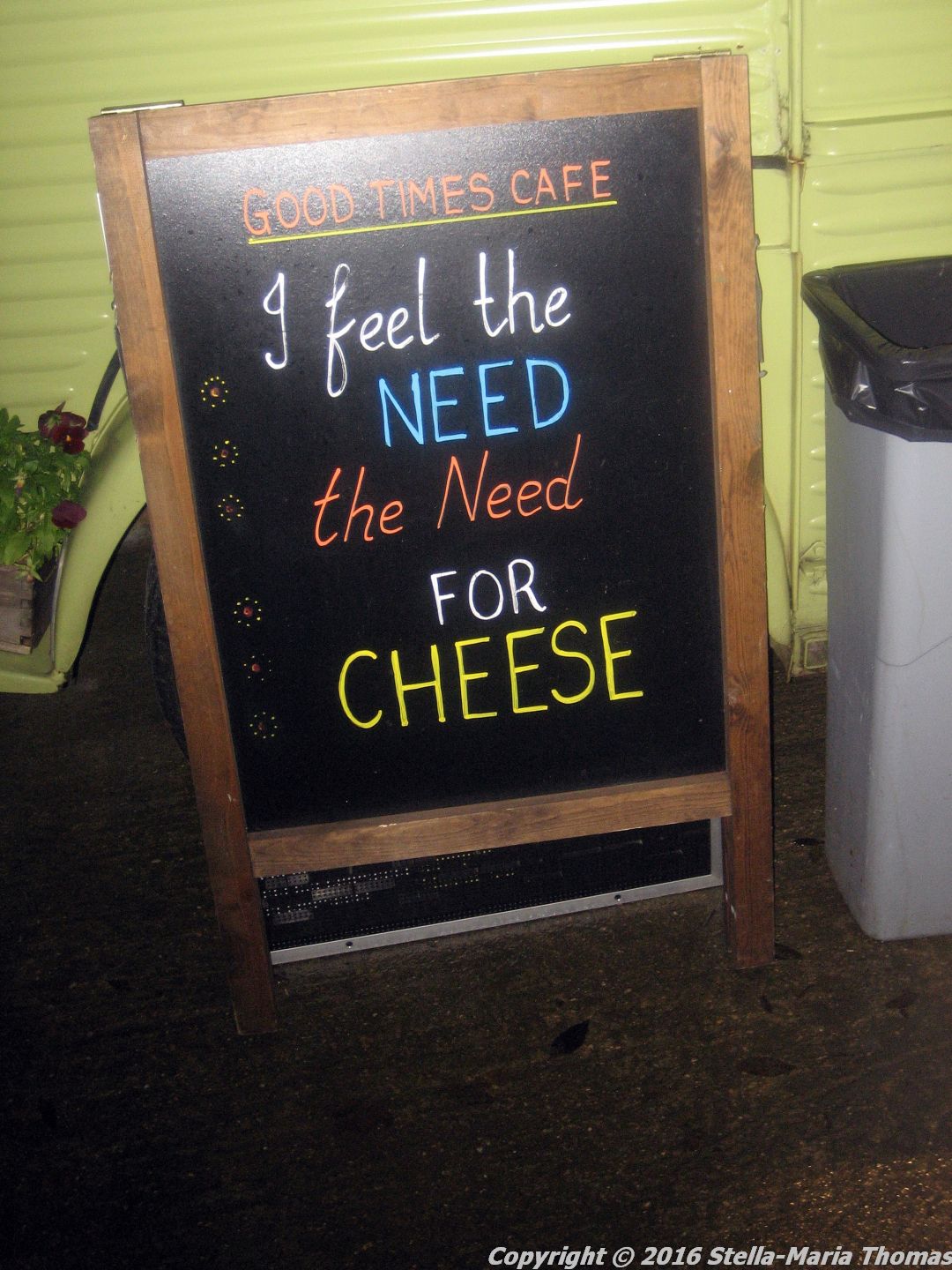 I can get behind their message and their gooey and calorific grilled cheese sandwiches, which are perfect offset by a small portion of pickled gherkins.

Later in the day, when I finally managed to escape for my lunch break I did consider blowing my voucher on another one of the cheesy treasures but I was also interested to try something else and so I found myself gravitating towards 63 Islands, where Carribean food was on offer. I liked their emergency preparation:

I also liked the sound of the food but was having trouble deciding whether I wanted the prawns or the slow-cooked beef and oxtail.

After some discussion I opted to have a half-portion of each in the end. I was glad I did. The prawns were juicy in a lovely cornmeal batter coating which made them crisp and they were not at all fatty despite having been deep-fried. And I don’t know how long the beef and oxtail had been slow cooked for but it felt like 36 hours or more. It fell apart even with just a plastic fork to tackle it with and was just the thing to sort me out while I defrosted externally and internally.

If I see their stall again I’ll be there like a shot! 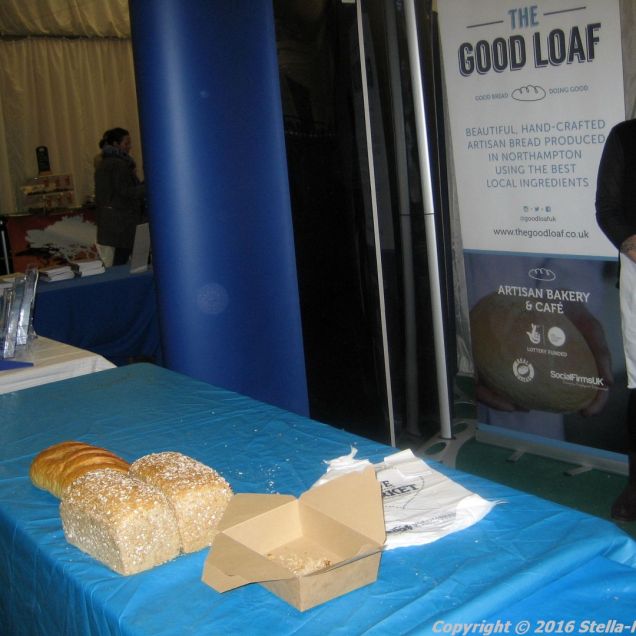 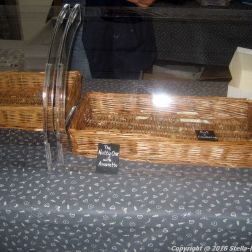 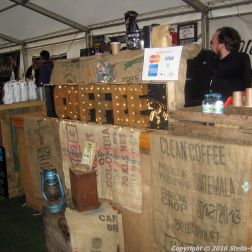 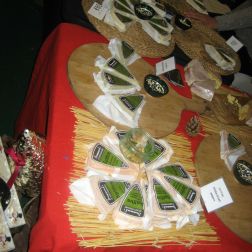 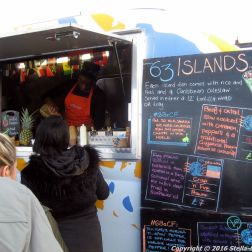 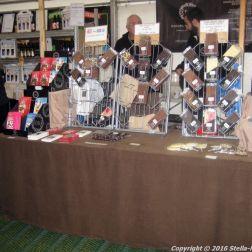 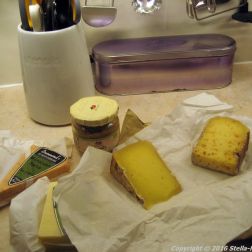 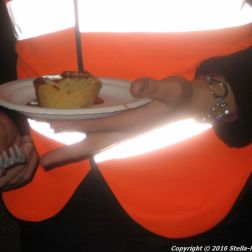 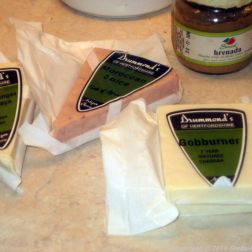 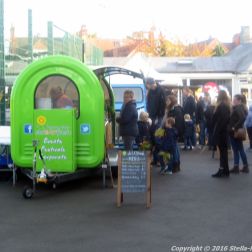 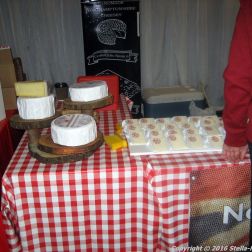 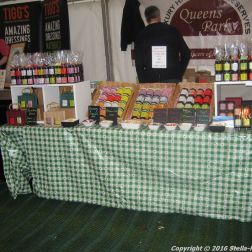 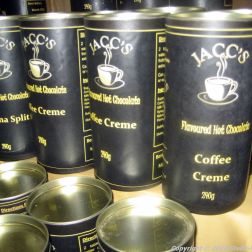 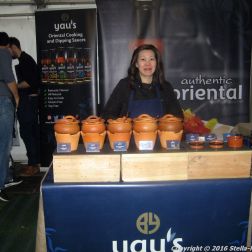 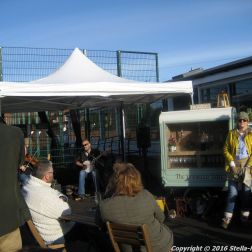 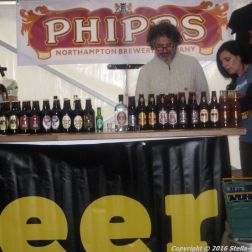 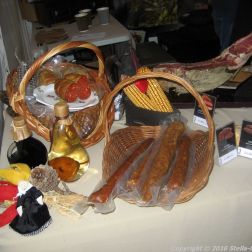