Partly to celebrate my birthday a couple of days previous t0 the event, partly because we had a Groupon to use, Lynne and I spent the afternoon at the theatre (at the Royal Court Theatre, seeing “The Children”) and then headed off down towards Picadilly for dinner at another of the Galvin empire, this time the Athenaeum rather than La Chapelle.

Initially we decided we’d stop off for a drink or two and with that in mind headed to Mark’s Bar. We failed to get in. They were clearing up after a private function and reckoned they would be aroun 15-20 minutes before they were ready. We could hang around outside and come in then – it was a freezing cold evening in January, so no thank you, we’ll take our money and custom somewhere else if it’s all the same to you!

Across the road a little we found the Green Bar at the Hotel Café Royal, where there was a much more welcoming attitude (and an available table too). We settled in to study the cocktail list and opted for a White Queen (Ciroc vodka, lychee purée, sugar syrup, lemon juice, crushed lemongrass, Champagne) for Lynne:

And a Buena Noche @ 9 (Don Julio Anejo, Ancho Reyes, Fontaine cocoa, espresso, chocolate bitters and chilli bitters) for me. Very good they were too, the intense chocolate proving a great remedy for the cold outside, and the force 9 gale that came in every time someone came in through the main doors.

From there we walked towards Green Park and the other of Picadilly, where we found the Athenaeum. We were early so we checked our coats in at the cloakroom and went down to the bar. A word of warning if, like me, you are sensitive to perfumes. The air conditioning is set to circulate some sort of scent around the room, and it took me quite a while for my breathing to settle. I really don’t know why anyone would do this, frankly. It’s on a par with walking through a perfume department in a shop and having someone leap out an “helpfully” spray some of their product on to unsuspecting customers without a thought for those who might be asthmatic or allergic! Anyway, rant over, and a glass of Champagne later and we retreated from the scented air to the restaurant where, thank the gods, no such idiocy was on display.

Once settled in the restaurant it was clear we were again in capable hands. Because we were on a Groupon it meant we were confined to the Prix Fixe menu but that wasn’t a problem given the sensibly chosen options included on that menu, and of course it also left us with budget to spare to raid the wine list.

We started with one of each of three available starters, and as ever in that situation we agreed to share them, so half each of an unctuous chicken liver parfait, which came with a scattering of young red, and white, chicory leaves and some orange sauce that offset the fattiness of the parfait beautifully: 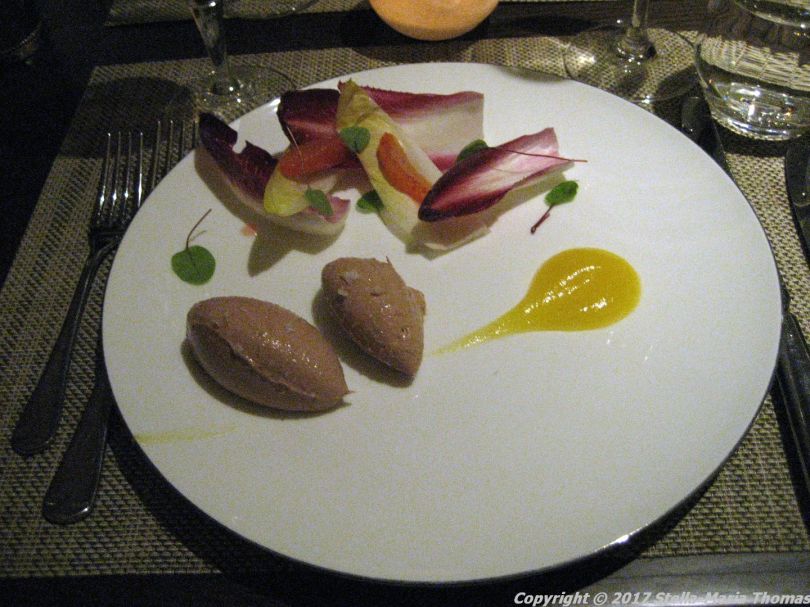 The better of the two dishes though was the stunning parsnip and apple soup with winter truffle cream. It was rich and sweet and nutty and tasted of December for me. I could have eaten any amount of it, and resorted to sticking a finger in to try and mop up the last drops of a lovely, warming dish.

I’d have been happy with just that, but we moved on to the main, and again we agreed that we’d split two dishes between us. This meant one portion of the fillet of sea bream with Jerusalem artichokes and spiced chestnut veloute. The Jerusalem artichoke is not a vegetable I have much enthusiasm for, finding it bland with a slightly unpleasant metallic aftertaste, and as for the side effects, well it’s normally just not worth it. The only time I’ve ever really been impressed by it was at Le Manoir, where it was turned into a light, frothy “cappuccino” and tasted divine. This came close to being as good, and went well with the veloute. The fish was perfectly cooked too, and we both enjoyed the dish immensely. So far so good. It was also filling us up, though I’m guessing some people would have complained about the small portions. These days I’d rather not be stuffed to the gills after dinner, and for £23.95 a head this was a bargain by most people’s standards, especially in London. And we’d got it for that including the Champagne we started with (a decent sized glass at 175 mls). 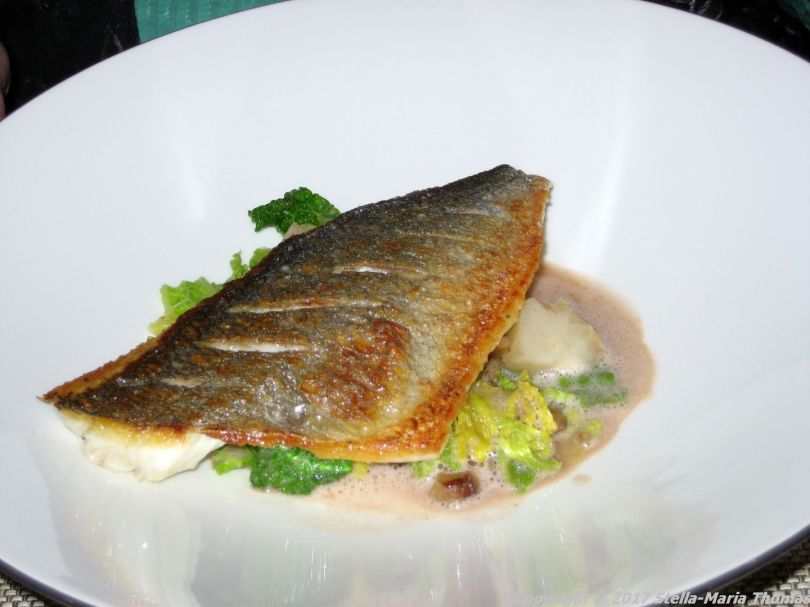 The other main was seared calves’ liver served with January king cabbage and a disk of onions and lyonnaise potatoes. It was lovely, the liver just right (sometimes ordering liver ends in stunning disappointment and a piece of meat that resembles shoe-leather, not so here where it was soft, pink in the middle with a nice char to the outside). It went brilliantly with the wine too, an inexpensive but luscious les 3 Poules Rouge, La Coquine from the South East of France, to the north of Montpellier. We agreed it was an excellent match (at £32.00 there’s clearly a markup of some size but it’s not an insulting one) without needing to head into the “nosebleed” end of the wine list. 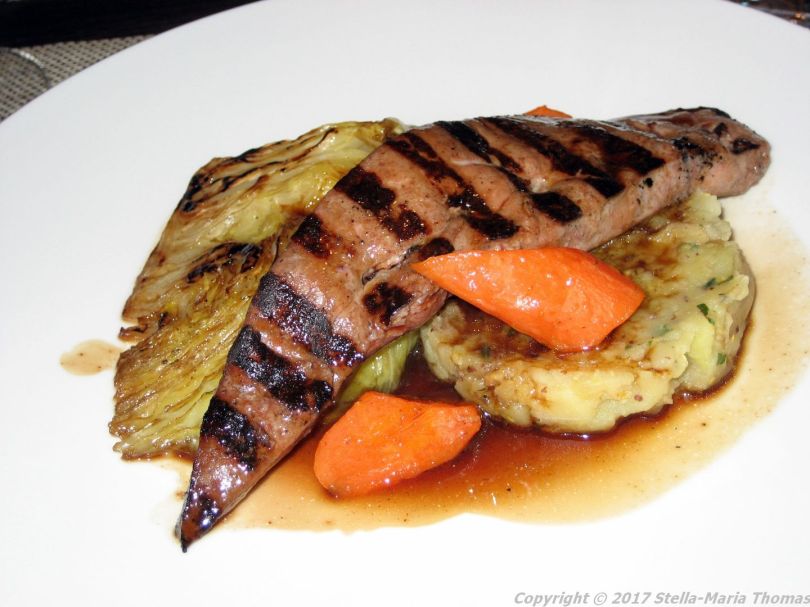 That just left dessert. A shared plate of a pear and almond tart, a lovely delicate bit of baking with a crisp pastry case, was served with vanilla cream. I have a fondness for pear and almond as combination, and here it worked just as I’d hoped. Tasty, moreish, tender and sweet. 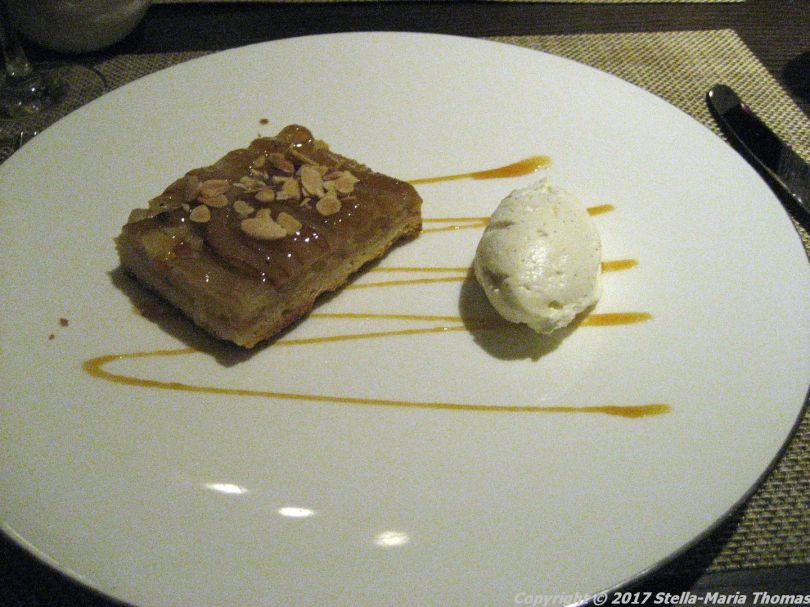 And then to end the meal, and go with the last of the wine, a very simple cheese option of a sharp blue cheese, a Colston Bassett from Somerset, soaked in tawny port and served with some fresh, crunchy celery, a handful of oatcakes, and a few grapes.

For the standard of cooking, the price was ludicrously low, and with excellent service and a pleasant if not memorable space to eat in, it was a very good option. It’s on the list of “go there again” even without a voucher of any kind. 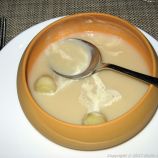 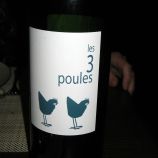 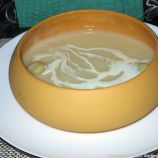 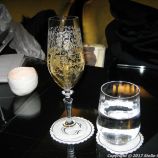 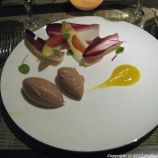