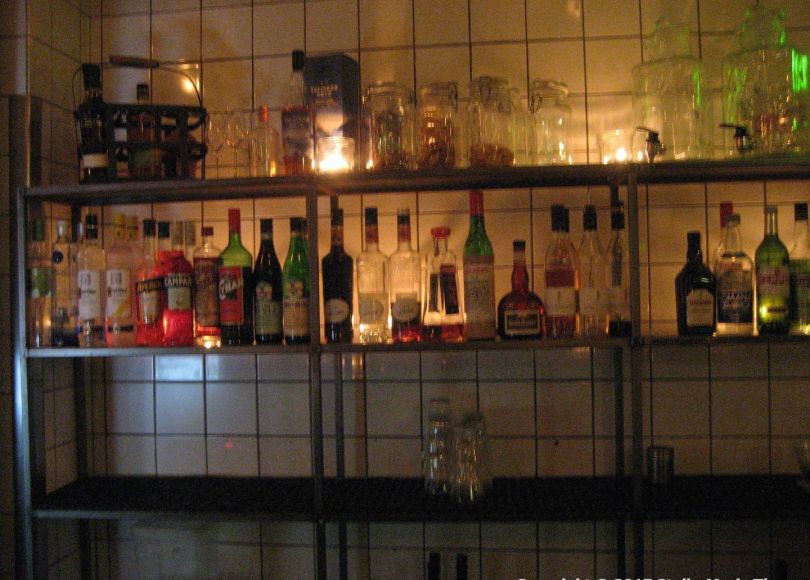 Week 2 didn’t see much in the way of the “Eating my way single-handedly through Copenhagen” project, largely because Lynne only went home on Tuesday after our amazing dinner at Kadeau, and A. came out to join me on the Friday. Tuesday night was a bit windy again but the temperature had improved enormously after the Arctic blast of the weekend and on Tuesday I found myself tempted out by the menu at Gorilla over in the Meatpacking District in Vesterbro.

It was the idea of a soft shelled crab in a bun that was luring me onwards as I walked miles trying to find my way into the area. As ever building work (and Copenhagen’s ludicrously low levels of street lighting) weren’t helping me but eventually I found my way there and then walked around the outer edges of the marketplace looking at the various options before I finally ran Gorilla to earth in the furthest back corner of the market complex. It’s a very rough-edged place, with a buzzing busy atmosphere considering it was a Tuesday evening in mid-February, but I suppose I’d overlooked the fact that it was also Valentine’s Day, not a night to try and go out on, at least not back in the UK anyway.

It was busy so I was offered a place at the bar and a menu to study. The problem with fresh according to availability was that there was no soft shelled crab on today’s menu so I had to make other arrnagements! However, I had a seat, I had a glass of Champagne, and I had a menu in front of me. What’s not to like? And shortly after I had some lovely fresh bread and whipped butter to go with it.

I started with a plate of duck pate, served with some crunchy soured cornichons, and a fiercely mustardy mayonnaise, which made me cough. The pate was rough-textured and tasted terrific, especially with a nice glass of Burgundy to go with it.

At this point I was starting to feel jealous of the people who had dining companions, because they could do the full tasting menu, and I’ve a feeling that would be quite wonderful. However, I opted for a second course of pasta, with a ragu. It was not much more informative than that, apart from to tell me the pasta was radiatore, a great shape for holding meaty sauces in place.

The ragu had been cooked to a sticky consistency, just holding its form, rich and warning, and the scattering of Parmigiano improved it even further. It was just the thing on a lonely, cold night in Copenhagen. What followed was even better though. I had some red wine left in my glass and fancied some cheese to finish off with. There was Comté on the menu and that always gets my attention. A good Comté is a seriously desirable thing. So I ordered it, assuming I’d get a serving of cheese and maybe some bread. It was a while in appearing, and I’d had to order a second glass of wine. And then the Comté appeared. It wasn’t a couple of slices, it was the most grown up cheese on toast I think I’ve ever eaten!

A slice of light rye bread fried in butter, with Comté grated over it and melted, and then with a heavy grating of truffles on top of that. It was rich, cheesy, dense and so, so good I could have gone home happy after eating nothing else.

Wednesday night I ate a somewhat indifferent meal in the hotel as I couldn’t face going out.

Thursday it was extremely foggy when I got back to the hotel after work.

It soon started to lift again so I set off to try and walk to Copenhagen Street Food. I didn’t get quite that far, but did walk around the back of Noma (where I at least smelled their food as two chefs wrestled things into the smokers round the back of the building) and then doubled back to investigate Nabo, Kadeau’s baby sister. I got a table easily and considered the set menu but decided I didn’t really want quite that much food.

Despite only ordering two plates from the menu, I still ended up with extra food, this time a portion of cured duck breast dusted with blueberry powder, which was so tasty I could have happily eaten more of it.

There was also a separate portion of rehydrated beetroot, which had me using my fingers to mop up the mayonnaise that came with it. Damn the Kadeau/Nabo men! That’s twice I’ve ended up abandoning my manners to get at their food… 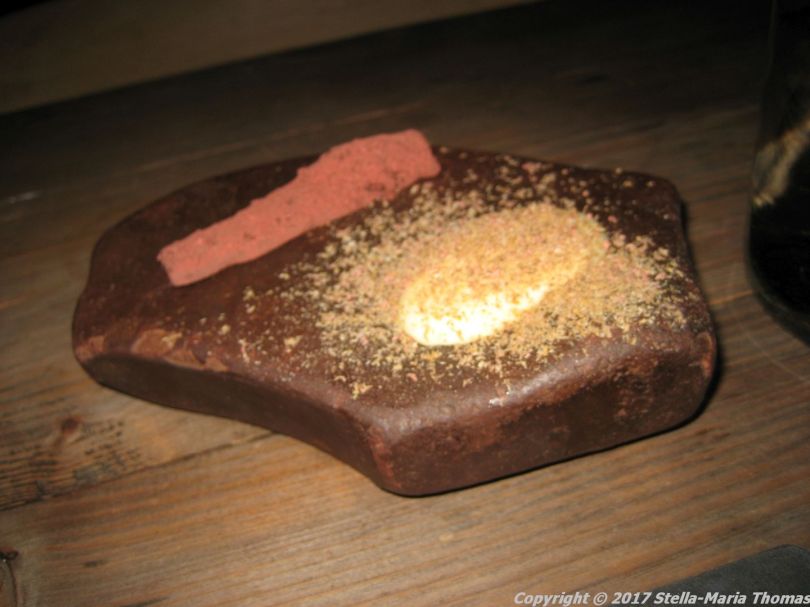 My first course arrived after the fresh bread and buttermilk whipped butter. It was a very fine tartare, served with grilled kale and crumbs of crunchy Havgus cheese, shot through with fermented garlic. It was sublime. If this is what they do to support their Michelin-starred neighbour I’m all in favour of it.

Given how few tables there are in the space (and how many they could squeeze in) it’s really remarkable that any of these restaurants keep going but long may they continue. It’s rare to be presented with a main course that requires a spoon but that was what happened next. The grilled hearts (I assume they were lamb but can’t say for sure) and sweetbreads were served with pickled beetroot chunks, all sitting on top of a rich, smooth, savoury spelt porridge. It was fabulous, a real treat for offal lovers like me. You so rarely get this sort of ingredient in the UK and I love such things so I go for them when the opportunity arises.

Feeling rather full now I decided I’d finish off with some cheese, this time served with warmed, fermented honey and a slice of butter-fried rye bread. It got a bit messy, but the cheeses were perfectly kept and it rounded the evening off beautifully for me.

I’d had a good week in food terms after some very tough sessions in the classroom and was looking forward to the weekend as I walked back to the hotel. 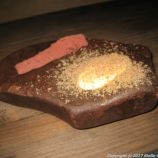