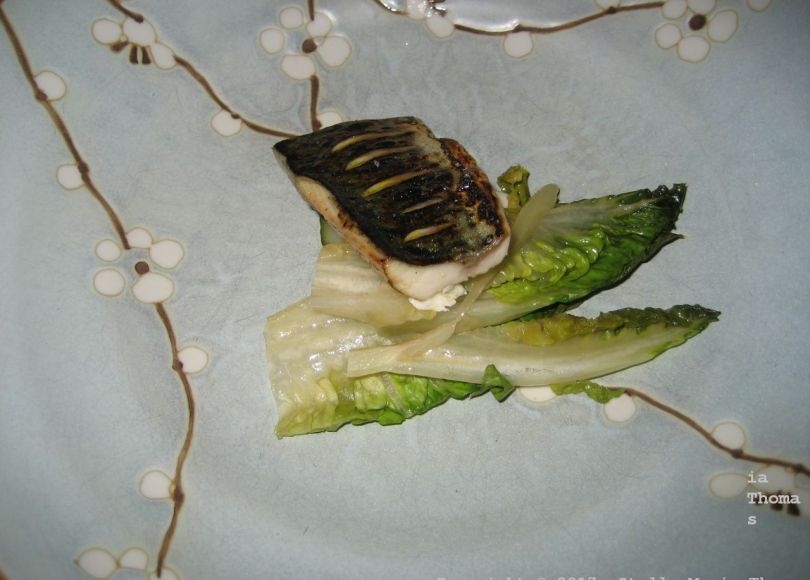 So… we went to Kingston-upon-Hull (or ‘Ull if you will) for some of the 2017 City of Culture events about which more elsewhere, and obviously while we were there we needed to eat. Now back in the day you’d be lucky to find a decent Chinese or Indian, never mind anything exciting to eat. However, times have changed a great deal and so, while we weren’t completely spoiled for choice, we did at least have options, among them visits to two favourite venues, White’s in Beverley, and Rascill’s in Raskelf which was sort of on our way home (for a given value of “sort of” that means a detour of probably around an hour’s driving in total), and 1884 Dock Street Kitchen in Hull. I’ll tell you all about White’s first though, where, as ever, John Robinson entertained us royally, with the tasting menu, with as requested not a trace of pickled beetroot (I really have spent too much time in Copenhagen this year!). There was Champagne (of course – it would have been churlish not to given the very reasonable price of a half bottle) and some of John’s freshly baked bread with some fresh butter. That’s always a pleasure, the only difficulty being trying to stop yourself scarfing the lot all at once! 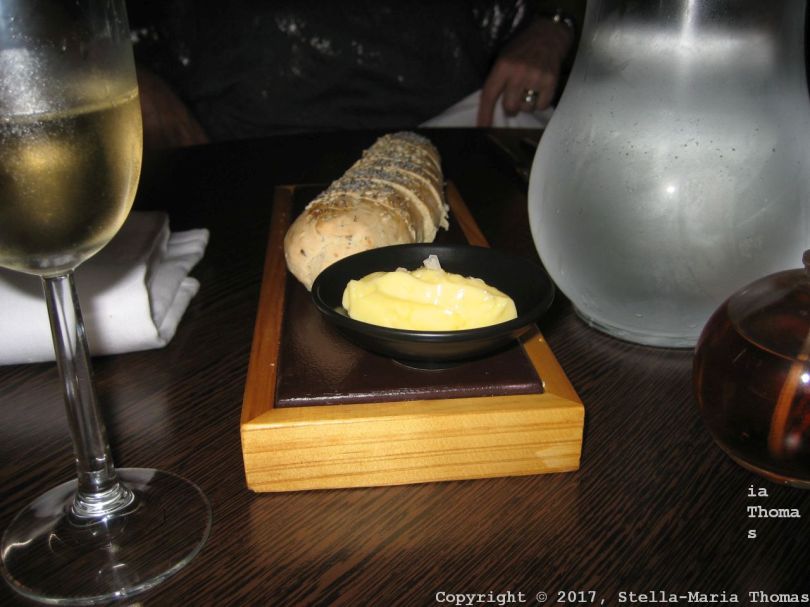 A selection of amuse bouches was the first thing to arrive, served in a miniature picnic basket. There was succulent jerk chicken, milder than you might expect but ideal as a starting point. The smoked salmon on rye toast was lovely, a sophisticated, restrained mouthful, and thirdly there was a tiny cheese and leek tartlet, with the taste of leeks supplying an onion-y counterpoint to the cheese. My only regret was that the tartlets weren’t bigger! 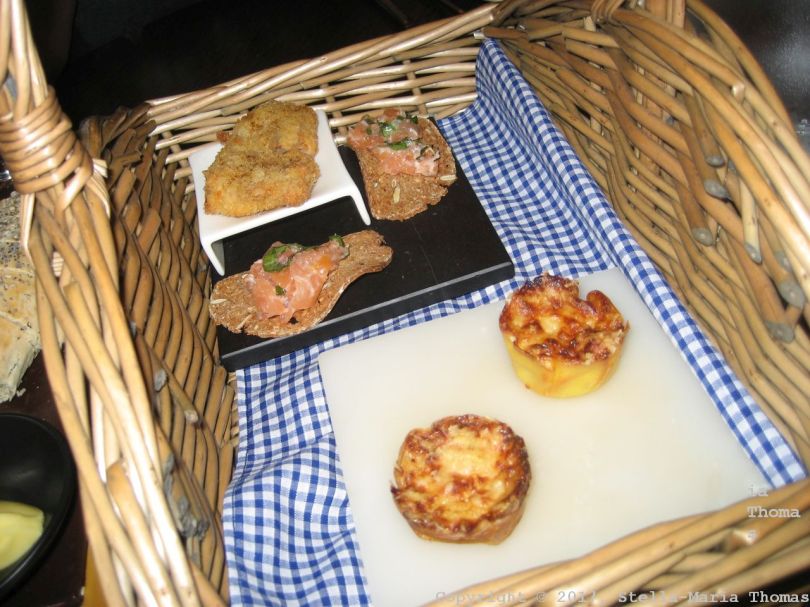 John’s presentation is always gorgeous, and sometimes it’s so beautiful you don’t want to disturb it, which leaves you torn between wanting to preserve it forever and wanting to get stuck in and eat it all! The first of 6 small savoury plates that would appear before us was a well judged piece of pork belly, with asparagus and celeriac, the vegetables providing a textural contrast to the meat as well as a flavour one. I’m not the biggest fan of pork, but this was really good, the fat starting to caramelise, and the meat tender enough to eat with a spoon, should you have wanted to. 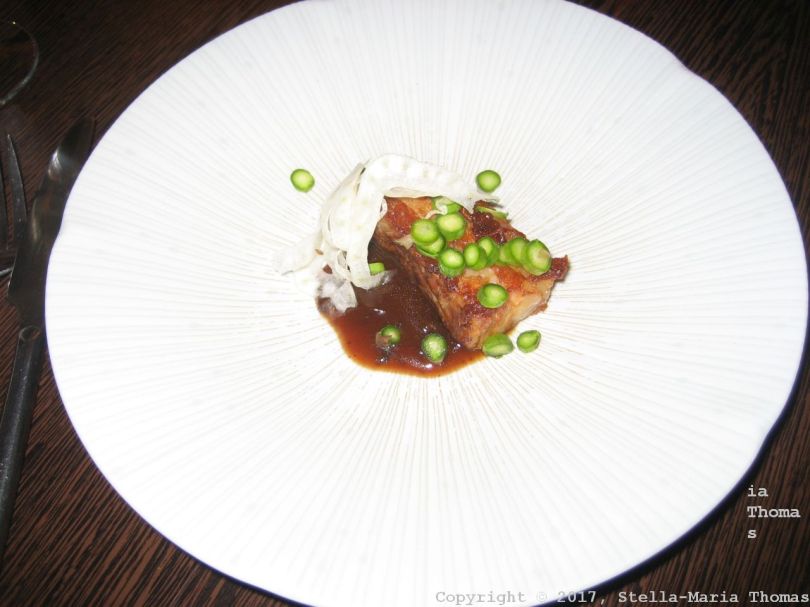 Next we got one of my favourite foods, smoked eel, served with Jersey royal potatoes, and a spoon of caviar. It was rich and fishy and the potatoes worked very well with the oily flesh. The caviar woke the entire dish up as you bit into it and again, more would have been welcome, though not if I was going to eat the rest of the tasting menu.

From fish to meat again, this time with a very seasonal pea puree, which wasn’t quite as startlingly green as the one we’d had at Roux at Parliament Square earlier in the month. It was very tasty too, and was perked up no end by the popped rice that accompanied it, and the chunk of oxtail that had clearly been cooked to the point where the fibres had broken down in just the way you want red meats like this to do. A great dish in my estimation, though perhaps not the prettiest thing to hit a plate in White’s. 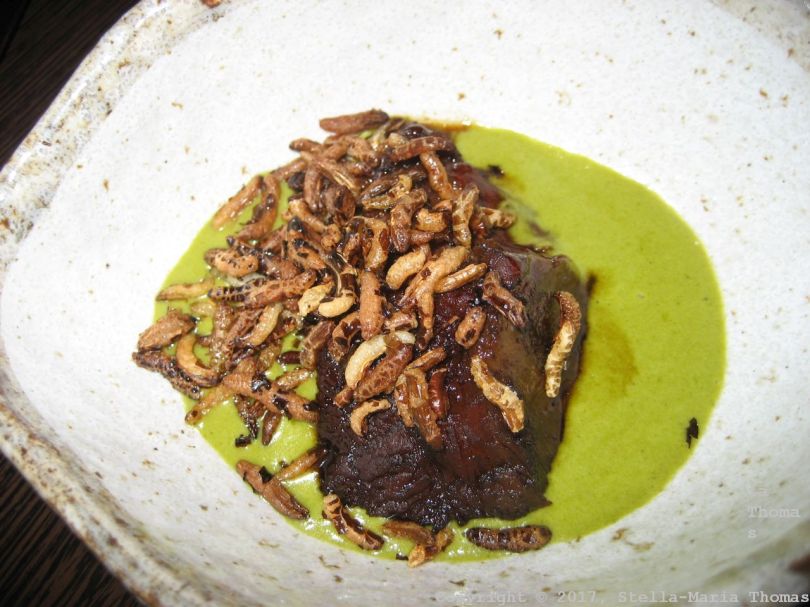 We moved on to “soup”, I suppose you might say. Wild garlic is of course very much in season in May and June, and the kitchen was making the most of it. This meant a striking looking wild garlic veloute, that was rich and creamy and justified the use of bread to clean the last smidgen of substance from the bowl. They weren’t getting any of that back, I can tell you!

Continuing the seasonal theme was charred sea bream with braised lettuce, again a well-thought out contrast between a relatively oily fish and fresh, crisp vegetables. In  fact it almost convinces me there is a purpose to lettuce, something I often doubt! 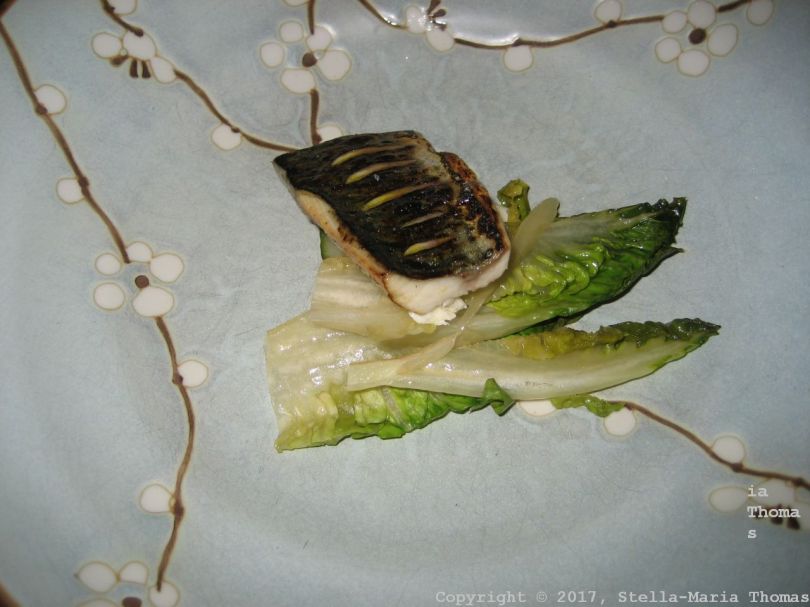 The final non-dessert was a meltingly tender offering of lamb cooked two ways, with tomatoes, feta cheese and nasturtium leaves. A lovely thing, a hug on a plate, a rissole-like chunk of deep-fried delight and a piece of shoulder cooked to softness and drizzled with a punchy sauce. 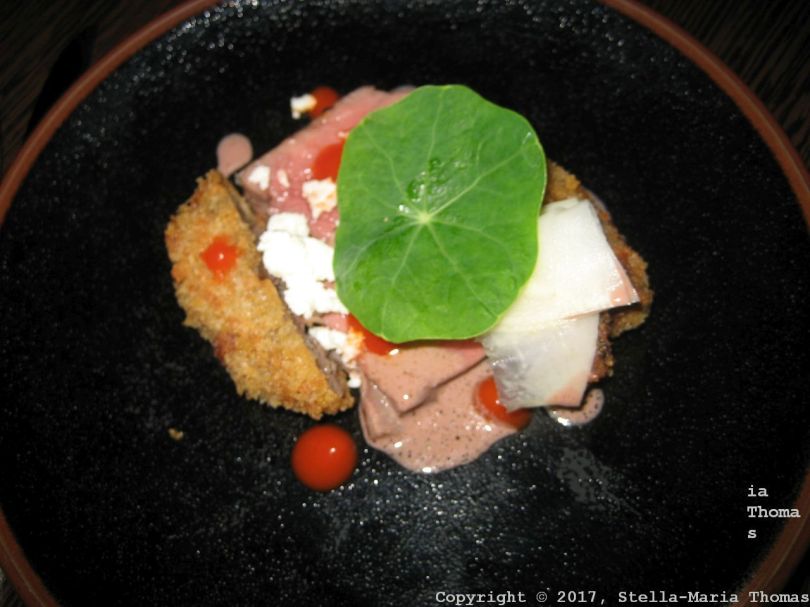 That left dessert and cheese. I confess I lost track slightly as to what the pre-dessert was and White’s don’t have a menu, John just cooks whatever is best that day and so it doesn’t get written down. I’ve no object to this principle, but it does make it hard to write about later! Anyway, here’s the pre-dessert which was, if I recall correctly, a sort of creme brulee, with a lovely, sugary crunchy top:

The final sweet treat was a partially deconstructed chocolate cheesecake, with a chocolate mousse and very nice it was too. The chocolate mousse was smooth, creamy, as richly dark as you could possibly want and it slipped down a treat. 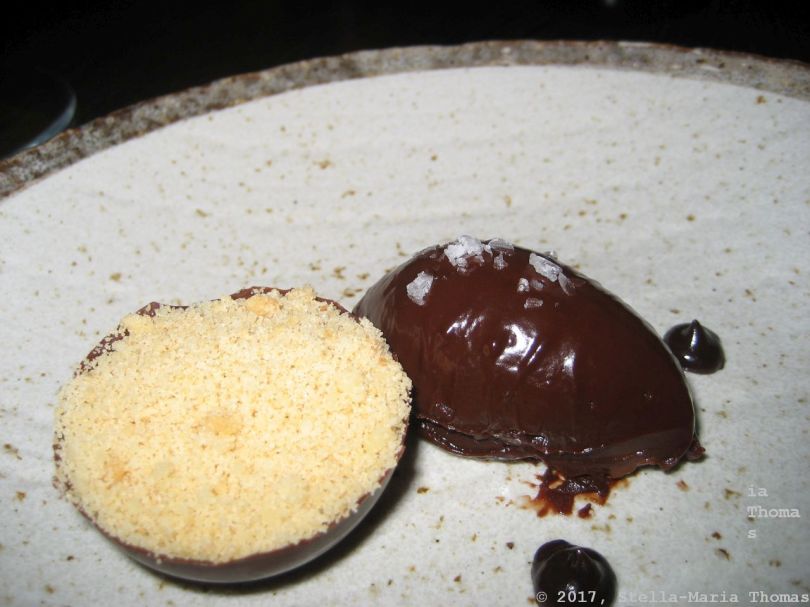 That just left a smidgen of cheese with some apple and a home made cracker. The perfect end to a perfect evening and as ever it was a pleasure to be there and to catch up with all the news! All that was needed now was a cup of espresso to get me back to Hull and our apartment for the weekend. 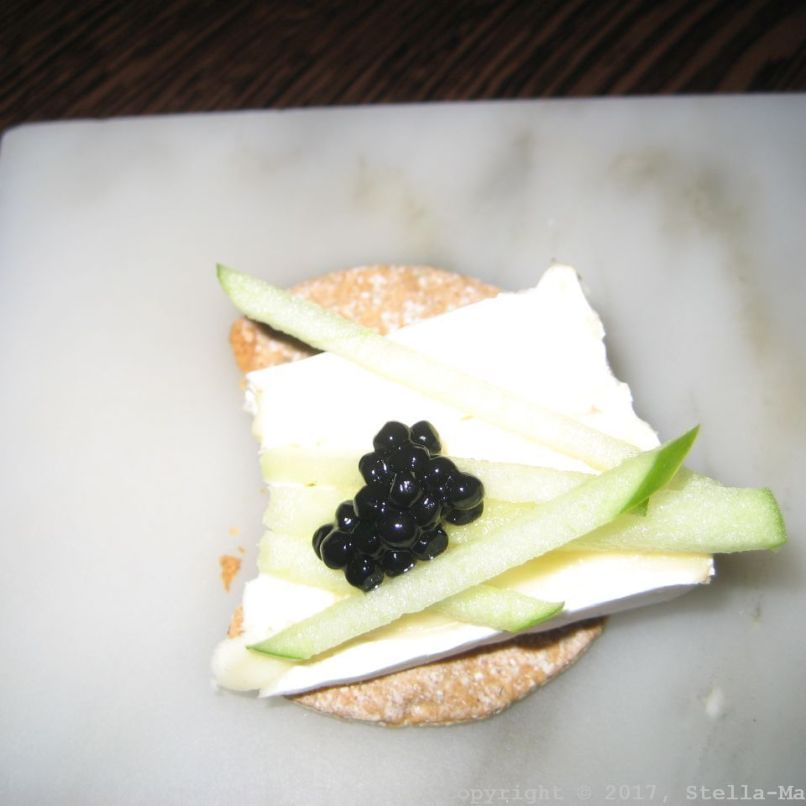 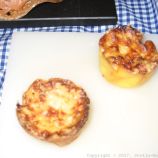 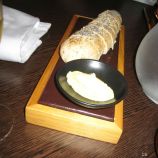 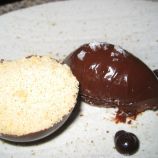 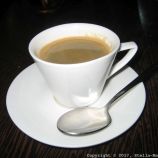 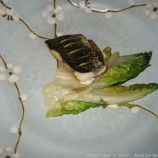 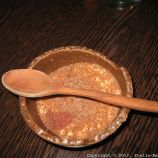