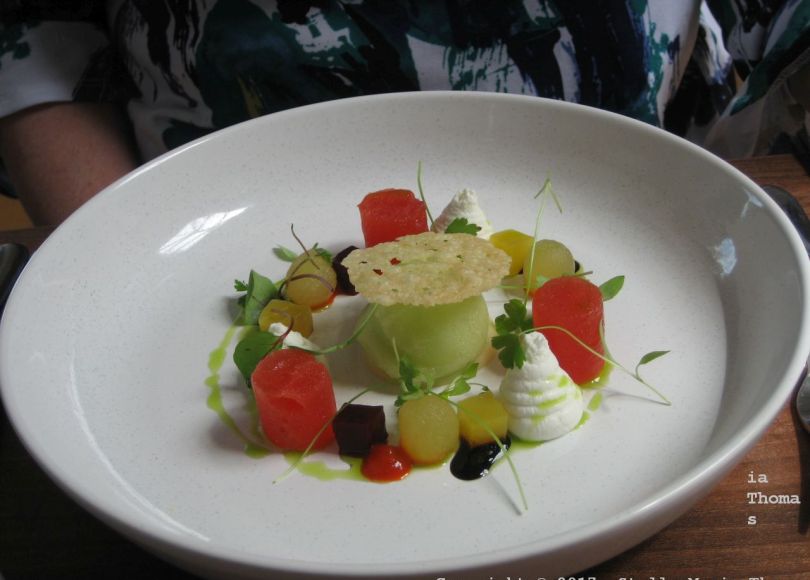 I need to say this. Rascill’s is one of those restaurants I absolutely love. I just wish I didn’t live so far away (162 miles) or I’d be there at least once a month!

Our trip to Hull gave us the perfect excuse to detour slightly on our way back so that we could catch one of the monthly Sunday lunch openings. We were a little early (you’ll be sensing by now that we often are) which gave us time to catch up with Richard and Lindsey Johns (chef and front of house respectively), the couple behind the late lamented Artisan in Hessle and an 18th month stint running a pub in the middle of nowhere, the Falcon at Withernwick.

They are at least now in a less remote location just to the north of York, and while we don’t venture up that way as often as we might like, we weren’t going to pass up this opportunity. Lindsey produced some fizz to get us started, and we chose a bottle of wine to have with our lunch. We sat in the bar with a Kir Royale and a serving of freshly baked and utterly wonderful crumbly cheese straws and chatted with Lindsey while Richard vanished back to the kitchen to complete his prep and get lunch underway. The menu is short and sweet and we didn’t have to do too much horsetrading back and forth to decide what we would have. 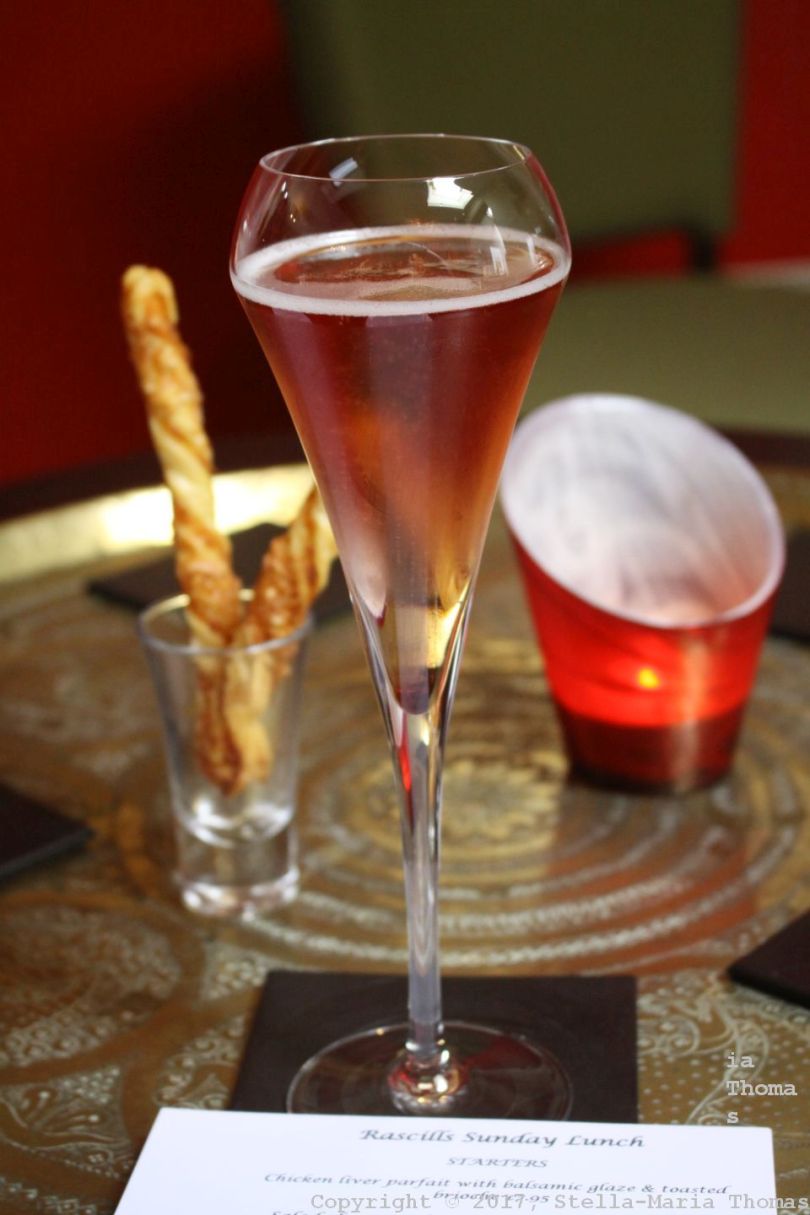 Richard had been publicising his new summer salad on Facebook and Twitter and it looked so pretty (and had such appealing ingredients) that I had to go for it. 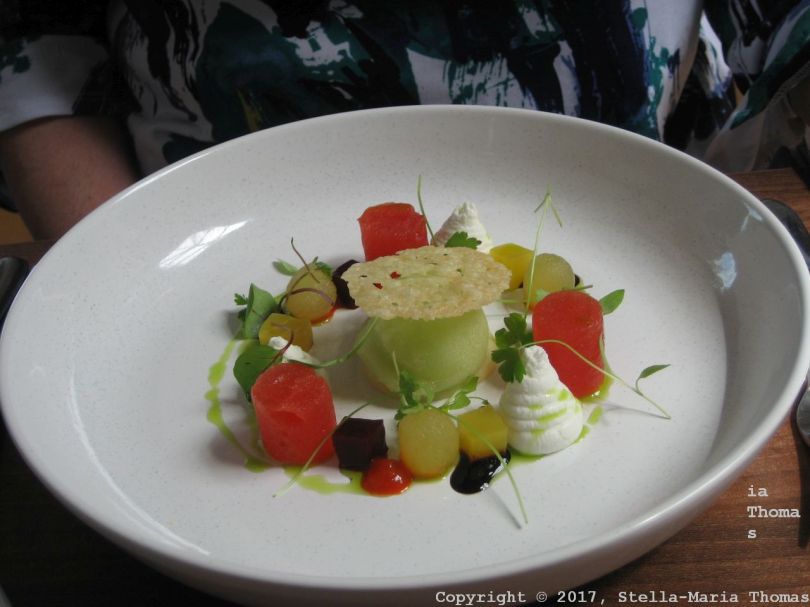 The ingredients included a wonderful cucumber sorbet, pressed melon, beetroot and apple, and whipped goats’ cheese, something that’s very on-trend in Copenhagen right now. It was fresh and lovely and the textures of the pressed fruits and vegetables intensified the flavours. And the cheese was light as a feather. I loved it and I can see why Richard is clearly proud of it.

We also ordered the Scotch egg with a Parmesan salad and bacon. What’s not to like? The salad was strewn with cheese and with lardons, and the egg yolk was soft and ran very satisfyingly over the leaves and the cheese and made a mockery of those dreadful things made with pink “sausagemeat” and coated in orange “breadcrumbs” that haunted the parties of my childhood. This was a Scotch egg that had been to finishing school and was as good a Scotch egg as you could wish for.

We now hit the mains and were in complete agreement that it had to be the fish. Who wouldn’t want to spend a sunny lunchtime eating sea bream on a pea risotto with crispy egg and some aspargus spears? Go on! You’d do it. You know you would. It maybe didn’t look as spectacular as the salad, but it ate equally well. The egg was perfect and the crunchy outer “shell” was just the right degree of crisp. The fish flaked as you put your fork in, just as it should, and had a perfect crisp skin. Richard is a mighty fine chef and deserves to be much better known, despite his claim to be one of the grumpiest men in a kitchen.

For dessert there was only one way to go. There was a chocolate fondant and, as anyone who has watched contestants on MasterChef struggle with the damn things, they require a degree of skill and precision that not every chef is capable of. This one came with white chocolate ice cream and some brittle honeycomb shards. Just the thing to finish a splendid lunch, the molten centre oozed out once we’d broached the outer layer with a spoon. MasterChef contenders! This is what a chocolate fondant should do!

We finished with a glass of Pedro Ximenz sherry, a concoction that is basically Christmas in a glass (and yes, I know it was May), which is an ideal alternative to dessert if you’re so inclined. It was then that we realised we’d pretty much been the first people in and were close to being the last diners standing. I took a coffee, we chatted some more, and then we headed out to drive home.