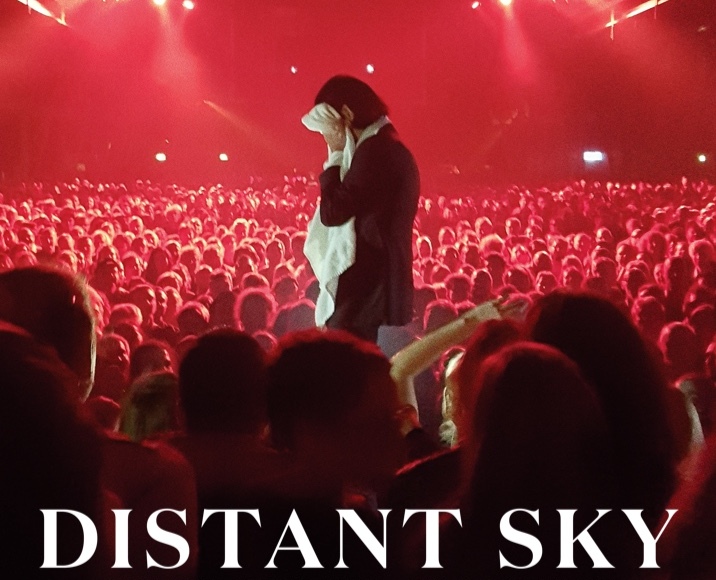 I now know what the soundtrack to the apocalypse will sound like, should such a thing occur (and given the state of world politics right now, it seems a distinct possibility). It will sound like Nick Cave and the Bad Seeds did in Copenhagen last October, full of menace, threat and noise, something primal underlying it. A concert at the tail end of a world tour, the bands’ first for three years, was filmed by David Barnard, and was set to be broadcast to cinemas UK-wide if not worldwide on Thursday 12th April. It was billed as being for one night only, but the splendid Errol Flynn Filmhouse in Northampton’s Royal and Derngate theatre complex clearly thought otherwise.

The concert was recorded at Copenhagen’s Royal Arena in October 2017, and I must confess I would have hated to have been there. The place is enormous and I have no idea how many people it seats, but I suspect unless you were at the front or close to it, you’d have seen nothing apart from what was being shown on screens inside the auditorium. My idea of hell is a gig in that sort of location, the band’s the Alexandra Palace gig over a decade ago now was bad enough. I am, however, very grateful to those who did attend, because Distant Sky is a barnstormer of a concert film, which seems to me to capture the essence of the event and makes you feel it, even when you’re sitting in a comfy cinema seat with a glass of pinot grigio to hand. It’s fair to say that in the second half of the film, the tracks were generating spontaneous applause from us, never mind the effect they were having on the live audience.

On this occasion, the line up was of course Cave himself, plus Warren Ellis, looking like a deranged fairground barker as he harassed a variety of stringed instruments, Thomas Wydler, Martyn Casey, Jim Sclavunos, George Vjestica and Larry Mullins, with Else Torp providing some sublime vocal support on the band’s soulful rendition of Distant Sky. Oddly, for a bunch of men dressed in unsuitable suits, who look like a bunch of 1960s East-End gangsters and seem as if they might be about to start a fight somewhere, the backing vocals they provide are remarkably sweet and melodious, which tends to counterpoint the general air of menace of both the lyrics and their delivery by the man at the front to the point of almost tipping over into absurdity. It doesn’t though.

The other remarkable thing is how Cave can work a crowd, leaning down into the front rows, crowd surfing, and in the glorious encore of “The Weeping Song”, a brutal “Stagger Lee”, and “Push the Sky Away” inviting as many of them as possible to actually join him on the stage. It’s actually a little scary just how much control he seemed able to exert. Perhaps we should be worried? They certainly never seemed to crowd him or the other musicians, and generally seemed to be very well-behaved indeed!

The main body of the set consisted of tracks from “Skeleton Tree” combined with old favourites from more than one decade, but started with a growling threatening “Anthrocene” that was more a sensation than a sound, possibly the sound of the universe readjusting. It was most unsettling. Standouts were a playful (well as playful as Cave is ever likely to get) “Higgs Boson Blues”, a storming “Tupelo”, a beautiful, heartfelt “Into My Arms” and a manic rendition of “The Mercy Seat” which remains one of his most disturbing songs, at least in my opinion. The ultimate messianic rant of “Red Right Hand” quite rightly seemed to bring the house down. It’s still my favourite of his songs, and is the reason I discovered his music in the first place. It featured on a sampler CD put out by a music magazine back in the 1990s, and I heard it and had to find out more.

Distant Sky with the aforementioned – and seemingly unlikely collaboration of Else Torp calmed things down a little, but only a little, and by then the concert proper was almost done. I do hope it’s going to be released to the wider world soon, because it really needs adding to my collection as soon as possible. I still wouldn’t want to have been in that crowd though!