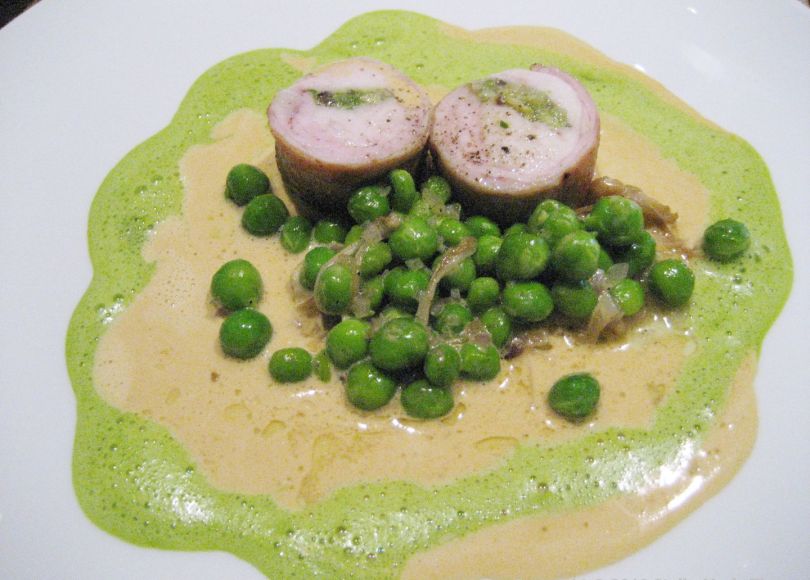 After the old-fashioned formality of le Chapon Fin the day before, this was a whole different kettle of fish! An easy walk from our hotel, the Maison Bord’Eaux, Une Cuisine en Ville is based in one of the old merchant’s houses, and is thus a small space where the dining room can spill out into the garden if the weather permits. The room is narrow and brightly decorated, with a modern feel, including some personalised cartoon wallpaper, and lots of bright green furniture. 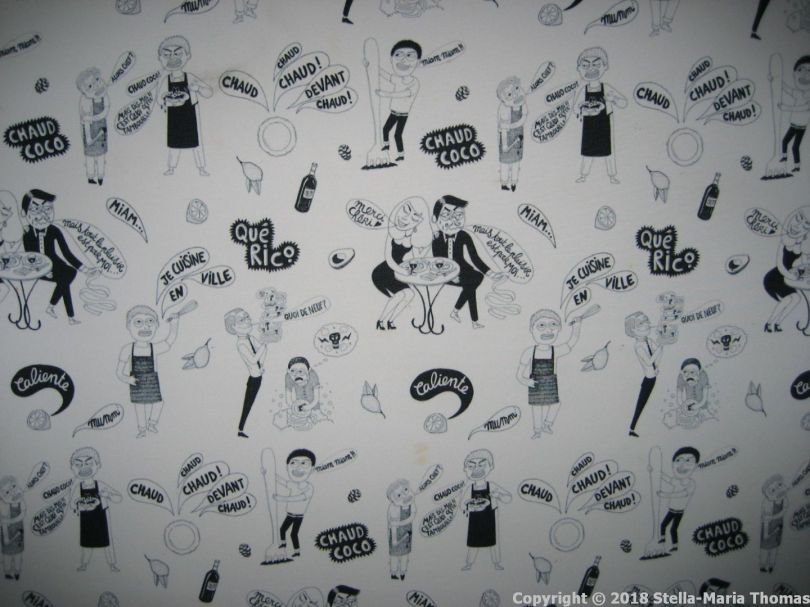 The food is equally bright and modern, with strong South American touches (I understand the chef is married to a Peruvian lady) in the flavouring. The chef, Philippe Lagraula, comes from first had a restaurant of the same name in Dax, where he was awarded a Michelin star in his first year, making him the youngest Michelin-starred chef in France at the time. Six years later he moved to Bordeaux, where he cooks in way that he describes as “modern and uninhibited” and “inspired by his many travels”.

It certainly came across in the food we ate, starting with a lovely, fresh prawn ceviche, the dressing just the right side of sharp, and with a garnish rarely encountered in France, coriander (I know it’s common in the UK, and I know it’s also a very divisive herb with people either loving it or hating it with a passion). 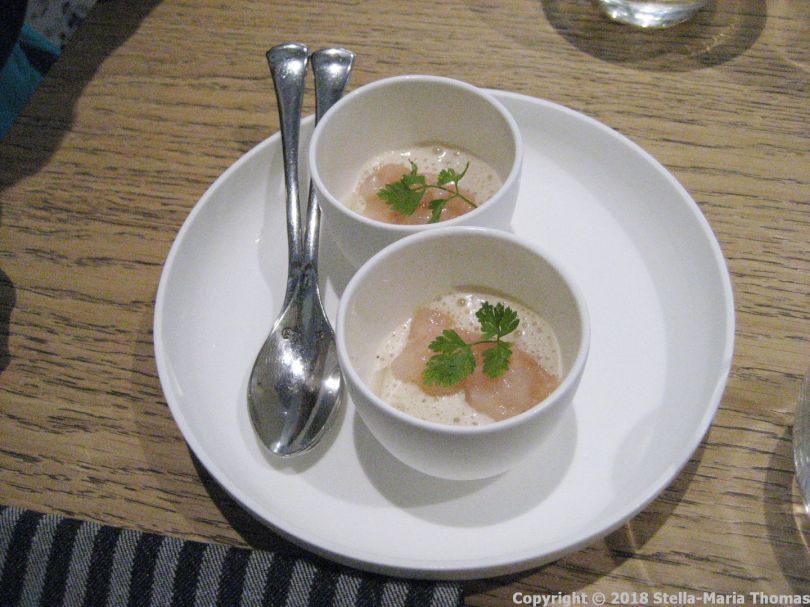 We considered the tasting menu, and decided the we probably could manage it this time. So first up after the amuse bouches was a wonderful piece of gently pickled sea trout, with white asparagus, and fish roe. It was delicate, tasty, a lovely thing to get the ball rolling. 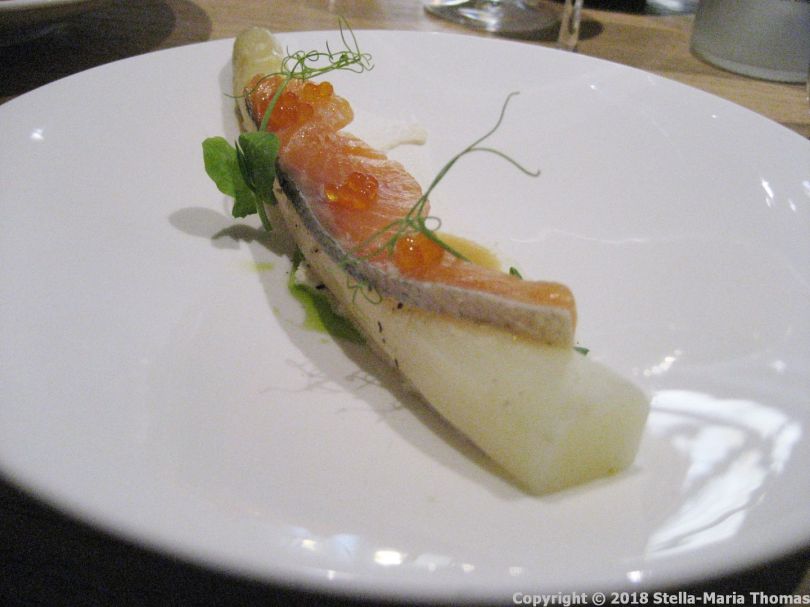 Next was a piece of “meagre”, which wasn’t at all. Meagre is also known as stone bass (a name apparently given to it for marketing reasons!), and we’ve seen a lot of it this year for some reason; apparently we’re not the only ones who’ve noticed this trend. It was served with quinoa – again – and a glorious buttery sauce, a carrot, and a pumpkin puree. The fish was beautifully cooked and flaked under the application of a fork. The vegetables were perfect, the carrot sweet as it should be, and the quinoa and seeds added texture to the dish. The French do seem to have taken to quinoa with enthusiasm, at least if our first few dinners were any guide. 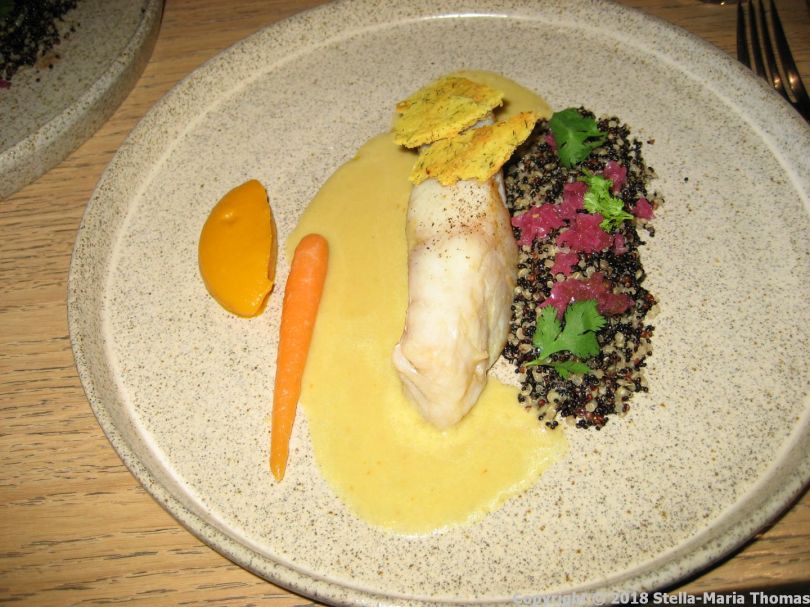 r a main we both had lamb, which was very spring-inflected. It came with peas, and included a wild garlic stuffing that gave everything a wonderful flavoursome lift that was much enjoyed by both of us. The meat was cooked perfectly, and was soft and tender and pink. I loved the peas and the wild garlic sauce very much, and even Lynne admitted the peas were good (she mostly loathes peas and other legumes), because they were obviously very fresh. 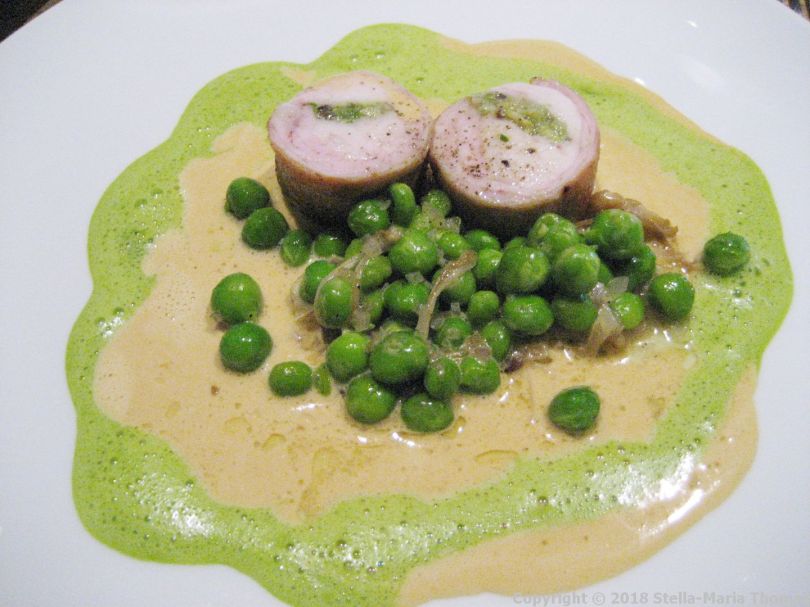 By now we were starting to flag a bit, but there was still a dessert to tackle. This can best be described and strawberry and pistachio in a number of forms, with some popcorn scattered over it. It was very good, with fresh strawberries that tasted of strawberry, something that can come as a bit of a shock to those of us who have to buy strawberries in the UK and have been subject to the perfect looking but completely flavourless things that get passed off a strawberries in our supermarkets. 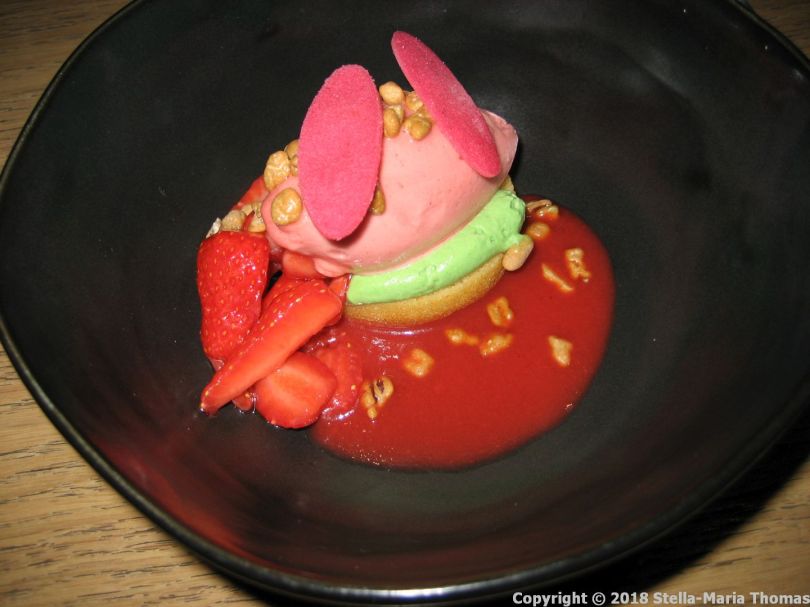 And that was that. We managed to finish off the white wine we’d ordered with the fish, but the red we couldn’t manage, as by now we were both so tired we were close to falling face down on the table! As that’s not a good look we asked to take the bottle home with us. The waiter very efficiently found a cork, wedged it back in the bottle, and got us a bag so we could transport it back to the hotel with us and drink it there.

And so we had a relatively early night, knowing we’d got a full day coming up, as we’d planned to go to la Cite du Vin, and then set off to drive to Pau. That night would see us reunited with W and E, and also in company with D and O, and R. The landlady of the AirBnB we’d got booked was proving slightly difficult regarding us getting the keys, because “tomorrow is a bank holiday and I don’t normally accept bookings that start on bank holidays”, and instead of being able to check in at 16:00 as we’d planned, we were told 18:30 was the earliest we could get the keys. We weren’t too impressed. 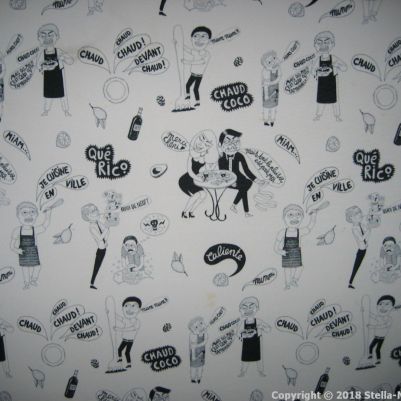 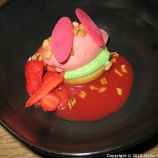 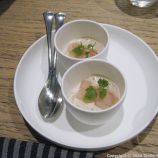 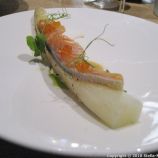 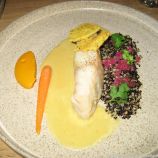 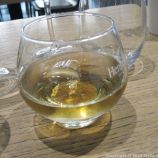 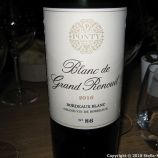 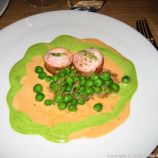 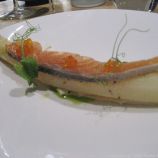 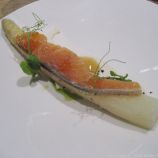 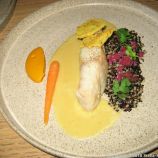