I’m a massive fan of Michel Roux Jr and his cooking style, which is basically proper French cooking taken to the extremes of refinement, nothing flash, nothing “molecular”, nothing outré or extreme, just the best possible ingredients, cooked to perfection. However, as a consequence, it’s well nigh impossible to get a table at le Gavroche, unless you’re very quick on the day they open the next tranche of bookings, and you are prepared to be extremely flexible about when you go. Luckily, there are other ways, and so after an offer crossed my mailbox, we signed up for a special game dinner, organised through a UK food guide, paid our money and duly showed up for dinner on the appointed night, but not before we’d dropped into a nearby hotel for a glass of Champagne.

It took us a while to find anywhere close to the restaurant, and we eventually ended up in the Amba Hotel Marble Arch, which was formerly a Thistle hotel. It’s an interesting if somewhat clunky art deco building, and there aren’t many of them left in central London, though it does have some lovely decorative flourishes, if the area around the bar is anything to go by.

We finished our drinks and walked back to the restaurant, arriving just after 19:00, in time for canapés and several glasses of Gusbourne Blanc de Blancs 2013 (we were staying overnight in a nearby apartment so could indulge as much as we wanted). The canapés included some tiny arancini, full of melted cheese, some smoked salmon blinis, and lots of crisp pastry cheese straws, meltingly good. There may have been other things but we made the mistake of occupying a space that was as far from the kitchen as you could get and as a result the other guests may well have cleared any other items by the time the waiting staff could get to us (we did only get a single arancini, which we shared).

We settled in at our table (and were pleased to find we had our own table – the last time we’d done one of these dinners in 2016 we’d ended up sitting next to a crass and crashing bore of a man who claimed to be a property developer and who seemed to irritate even his own wife, though nowhere near as much as he irritated us) and prepared to be thoroughly well fed.

Mr. Roux Jr came out from the kitchen, where he would actually be cooking (he’s not in the kitchen much these days) and said a few words, and then things kicked off, first with some excellent bread and a choice of butter between salted and unsalted, both of them excellent. The first course was a soup, Potage Essaü, a delicious, smooth, rich and unctuous Puy lentil and pheasant soup. It was served in fine style, the plate arriving first and then the liquid being poured over it. Lynne doesn’t like the texture of lentils, but she loved this dish. The lentils were so creamy, so rich, and so smooth it was hard for her not to love them. The pheasant quenelles were also wonderful, unctuous, meaty and so light they were almost fluffy. The accompanying wine was a light, citrussy Ladoix Bois de Grechons 2008 from Burgundy, and very pleasant it was too. I’d quite happily drink it on its own, but it also went well with the soup.

The next course was even better, a lièvre braisé au vin rouge et risotto aux cepes (braised hare with red wine and a cep mushroom risotto). The meat had been braised to the point where it had broken down into a lovely, sticky pile of meaty fibres, rich with wine and possibly the tenderest hare I’ve ever eaten. The risotto, I would have preferred slightly less al dente, but it still tasted brilliant and the combination was heavenly. So was the wine. This was a near-perfect syrah (80%)/cabernet (20%) blend, the delicious Cotes de Provence “Cuvee Clarendon” 1999 from Domaine Gavoty.

And just when we thought it couldn’t get any better, it did. The main course was chevreuil rôti, panais et jus au genievre (roasted loin of venison, parsnips and juniper-infused jus). The parsnips were pureed to utter perfection, sweet and smooth and just what was needed to soak up the jus, the juniper flavour just the right side of bitter. The meat was as tender as could be, the outside just browned enough to give it some extra texture. It was another stunning example of the sort of cooking to be expected here, French classical techniques applied to the most incredible ingredients, and as mentioned previously, no attempt to be flash or show off anything apart from the ingredients themselves. The wine this time was a VdP des Cotes Catalanes “le Soula” 2010 from Domaine le Soula in the Languedoc. This took a little longer to come alive but once it did the mix of 71% Carignan, 25% Syrah and 4% Grenache Noir more than warranted what might be considered a rather humble wine being served in such a grand place.

And now, we had reached the dessert stage, which was also a showstopper of a dish. Not too sweet, not too sharp, and just the perfect size. This was a magnificent parfait à la vanille, mûres et pommes (a vanilla parfait with blackberry and apple). It was so rich as to only need a mouthful or two, and the apple came in the shape of a scattering of thinly cut apple pieces, and the blackberry was a gorgeous coulis, dark and sticky and full of Autumnal promise. It really was a brilliant end to a meal, even without the petit fours yet to arrive. It came with one of my favourite wines, too, a Jurançon from Domaine Bellegarde, a Cuvee Tradition 2015. If you know anything about the appellation, you’ll know that this was a mix of Gros Manseng and Petit Manseng and was just what you would expect from such a wine, which is to say an excellent dessert wine, with sweetness and complexity and of which wee happily drank an extra glass or two. 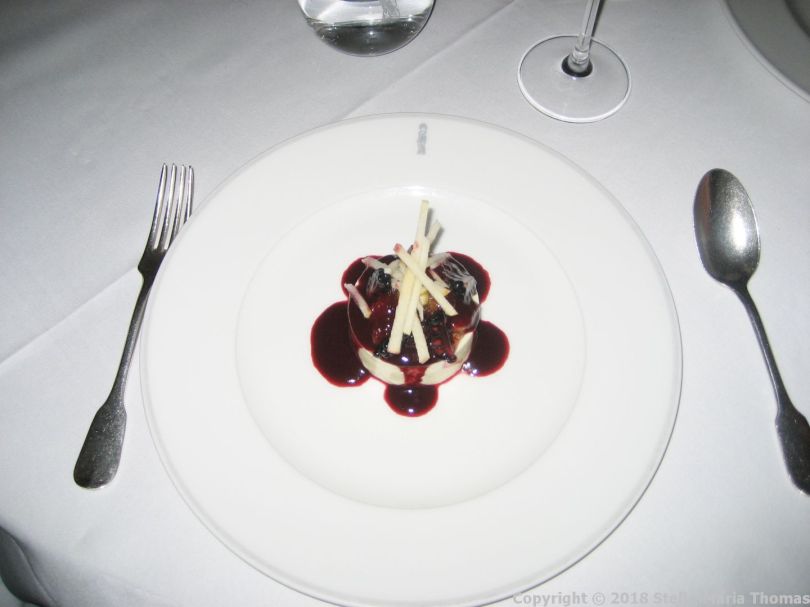 And then it was coffee and petits fours, the selection in front of us adding up to another course in effect. The tiny Madelaines were friable and fabulous, the physallis had been slightly cooked and was dipped in sugar crystals, and the ganache was gooey and possibly ought to be made illegal!

And just for good measure, after dinner there was Q&A session with Michel, which was good fun. He comes over as  thoroughly delightful individual with a genuine and serious passion for what he does, even now after all this time. I also bought two books, the soon to be published The French Revolution, and Les Abats: Recipes Celebrating the Whole Beast which is all about offal, while there (and had them signed) and got some advice on what to do to find good offal to cook. I need to test both books as soon as possible. 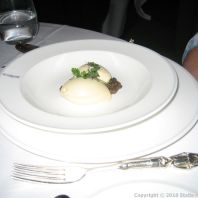 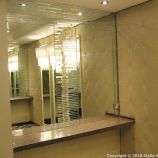 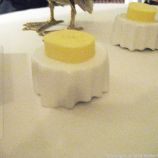 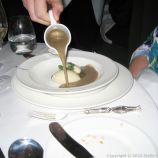 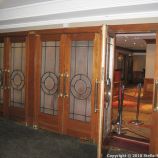