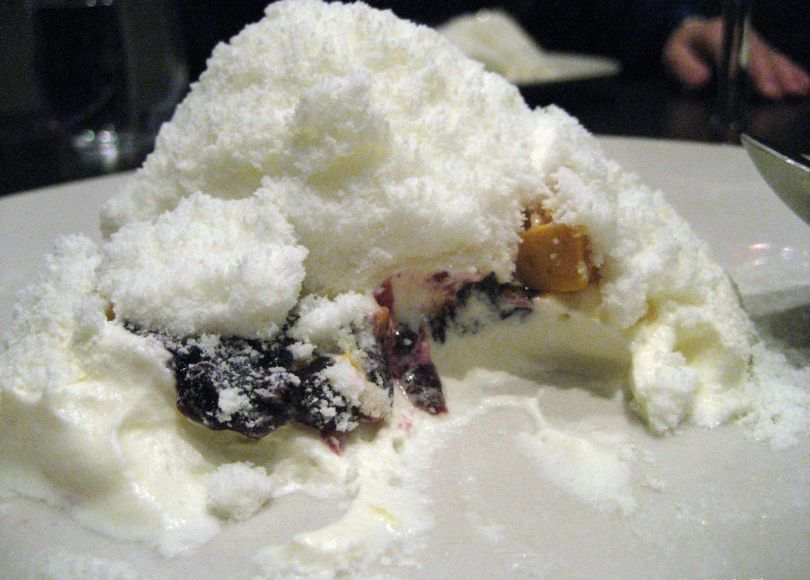 On our first night in town I’d booked for dinner about as close to the hotel as I could get, based on recommendations from both Michelin and the White Guide.

For our first dinner I’d gone for Natura, which surprisingly isn’t in the White Guide, but that is described by Michelin very promisingly as “carefully chosen ingredients are bound together in appealing seasonal small plates at this intimate restaurant. Techniques mix the old and the new and dishes are full of colour”.  It had the advantage of being very, very close so despite our delayed travel, we made it through the doors in time for our reservation.

The space itself is quite sparse, with a lot of exposed pipework, but the chairs are comfortable, and we were placed just by the kitchen which was a lovely warm spot to be in on a freezing cold night.

While we considered the menu we started with one of the house cocktails, a whiskey breezer made with orange, sultanas and mint. It was refreshingly sharp and sweet at the same time and provided an excellent aperitif.

The menu offers you the option to go a la carte, or to have a 4 or 7 course set menu, or the startling choice of what they call “All Out!” where you will we suspect get all 16 plates listed on the menu. We went for the 7-course option with the matching wines because it makes life so much simpler… First up as an amuse bouche was a berry-topped chicken liver mousse, rich, dense, smooth in texture and delicious.

It went brilliantly with a lightly malted bread and with whipped butter that accompanied it.

The actual menu items started with a fabulous fish cake made from a lightly salted cod brandade, which is one of my favourite things whatever is done to it. The caramelized onion was only lightly caramelized and all the better for it, and the horseradish mayonnaise cut right through the extreme creaminess of the brandade.

Next we had three dishes brought to the table. These included a very pretty, very artistic golden beet salad, with cream cheese and compressed honeydew melon which was full of deep sweet flavours. It contrasted with the butternut squash and beetroot soup, a bowl full of foamy vegetable goodness.

The piece de resistance in the trio though was the oyster, served in its shell, with smoked cream and salted cucumber providing a sharp, sea-inflected dressing that was so good I happily licked the inside of the shell to make sure I didn’t miss any of it. I really am having to revise my “I don’t like oysters” stance these days, because actually, as it turns out, it’s possible I do like them after all.

The meal segued naturally and smoothly to a meat course after this, a gorgeous, tender piece of venison from Inkoo (or Ingå if you’re Swedish), cooked pink but with a perfect crisp exterior. It was served with lingonberries, of course, and with mushrooms, which meant an earthy mushroom puree and a scattering of pickled chanterelles. As I’m of the belief that there is no such thing as too many mushrooms, this was heaven on a plate to me. The pickling liquour blended with the sweet sharpness of the lingonberries, and the sweet-sour mix against the depth of the mushroom puree was unexpectedly intriguing. The chef, the top of whose head was occasionally visible over the very high counter clearly knows what they are about!

We were motoring along nicely now, so we decided we would throw in the extra cheese course, which meant a leek ash crispbread, a fabulous carrot jam and a portion of gooey, mature Loreley cheese from Mikkeli, resembling a ripe Camembert in many ways but smoother.

We seemed to have hit the mid-point quite rapidly, and now we were on to the first of a number of desserts, this one described as dark chocolate with PX, preserved cherries, malt and blue cheese. The cheese was there to enhance the other flavours, its saltiness working with the sticky sweet chocolate and creating a taste rather like a very good salted caramel, but thicker in texture. The cherries were fierce with alcohol and the whole was very harmonious.

Next up was a brilliant yellow rowanberry sorbet, sharply acidic and offset by pieces of roasted white chocolate with crumbs coating the tiny pieces. It was light and refreshing and left us ready for the next round, a dessert which is actually copyright of the restaurant.

It’s designated as “Frozen Yogurt 2013” and has indeed been on the menu continuously since 2013 when Nature opened. It’s frozen yogurt, pressed through a sieve to create the illusion of snow, and the covering a centre of honeycomb shards, lemon and wild blueberries! It’s big, impressive and it tastes amazing. Something that simple should not be capable of being quite that fabulous is all I’m saying.

We were both now at the point where eating any more would be difficult, so it was a relief that the only thing we were faced with were two small but quite exquisite madeleines. We’d reached our limits, especially on a day when we’d been on the move for so long.

Content with the world, we paid the bill, bundled ourselves up in coats, hats and gloves, and beat a hasty retreat back to the warmth of the hotel. 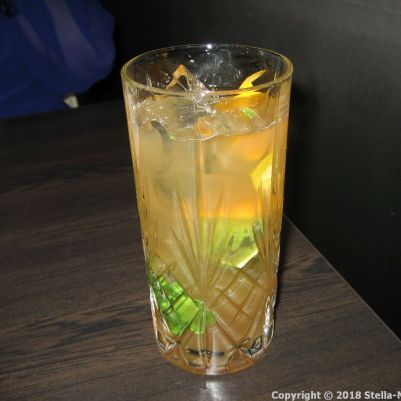 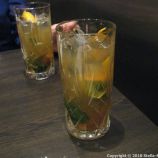 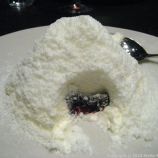 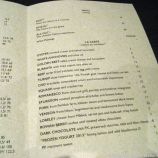 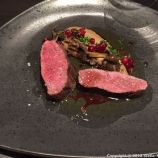 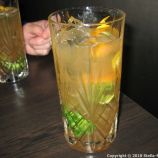