Unlike some people I’m not an obsessive parkrun tourist, which means I don’t find a parkrun first before deciding where to go on holiday. Rather, if there is a local parkrun and I’m in the area and can fit it in, then I will. Which is how I found myself on the number 6 tram from the Hotel Klaus K, headed towards Hakaniemi and the start of Tokoinranta parkrun, which was due to make it into double figures after a somewhat drawn out start just 9 week’s previously.

It was a cold but sunny morning, and I followed the website instructions to walk west towards the lakeside. Hi-viz vests were visible through the trees, so I was pretty certain I was in the right place! It turned out that I was, and so I stood and shivered and chatted with the lovely volunteer team for around 15 minutes as 38 runners gathered ready for the 09:30 start. As at Krakow last December there was an offer to look after any surplus kit, but with the temperature around freezing, and a wind chill factor making it feel much colder, I wasn’t letting any of my layers go!

The team is minimal, with just two marshals, one at the turnaround point (it’s an out and back) and one just over the bridge to make sure no one heads off in the wrong direction at the 500 metre mark. The course itself is marked out with lots of small plastic cones and hi-viz arrow signs, and the only worry was that the signs might blow away, given the strength of the wind. The start was announced and off we all went, and despite being in the depths of a Couch to 10K training plan right now as I try and build back up to solid blocks of running, I ran all the way apart from the rather vicious slope of the bridge, which crosses the main railway lines out of Helsinki. It’s a bit unexpected in what is otherwise a flattish route, but if the alternative is dodging the express train to Tampere, then I can live with it. 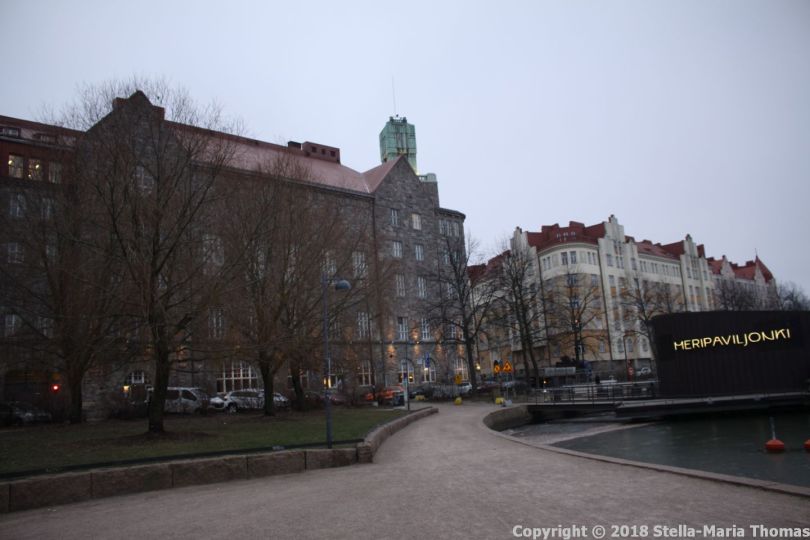 It certainly slowed quite a lot us down, and on reaching the top and starting to run again, I was able to pass a handful of fellow parkrunners, and was soon on the lovely lakeside, running along past the Alvar Aalto museum, and the Finnish National Opera House, and several very attractive looking waterside restaurants and cafes. At the turnaround it was nice to find that the wind was behind me for a while, though it seemed to change direction altogether as I reached the bridge for the second time. I was overtaking by one of the younger women at that point, and as I dropped down the other side for the final stretch back to the finish I had to step it up a bit because I had the feeling there was someone gaining on me.

That suspicion was confirmed when one of the faster runners, who was standing cheering us on, starting yelling “Go for it, Dad!” and the footsteps got louder. I kicked it up a gear, surprised that I was able to, and put in a sprint to the finish line. Behind me I think I heard swearing, so to whoever that was, sorry! But I wasn’t about to be passed a second time if I could avoid it. 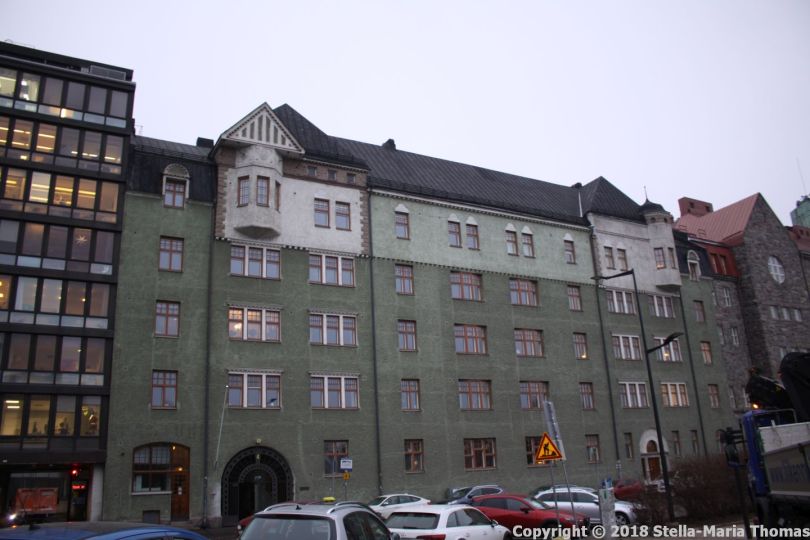 At the finish line I stopped my watch on 35:01 minutes, and was amused to finish 30th (on my 30th parkrun too), not a number I see normally, being more around 180th at Daventry so it made me happy. Later I would discover I was also first in my age group (VW55-59), also something that doesn’t normally happen to me! And for once my Garmin was precisely 0.01 seconds out, with a tidy official time of 35:00, 11th woman home.

Afterwards, we all retreated to La Torrefazione’s Hakaniemi branch for coffee (and an excellent cherry strudel cake with whipped cream!) where it was lovely to see that, just as in Daventry, the cafe offers a discount to parkrunners. We sat and chatted and compared notes about different parkruns, and then, nicely thawed out, I thanked the volunteers, congratulated them on their glorious course, and went back to the hotel, ready for a day’s sightseeing.