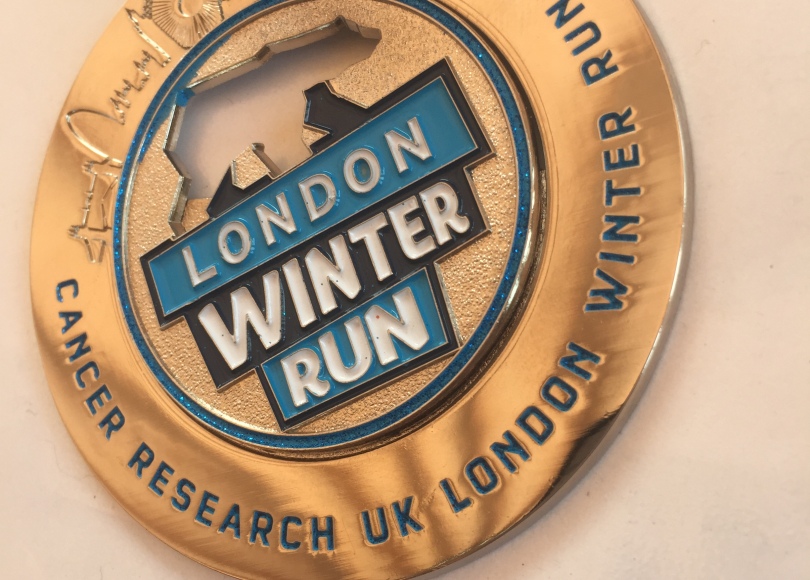 I’ve been a runner since 2006, so 13 years (though two of those were spent trying to find ways of mitigating an ankle issue caused by defective biomechanics, attempting to stave off surgery, being told I’d never run again, having the surgery and recovering from it with three months of no weight bearing on my right leg, and once more being told I’d never run again) before I got back out there. I’ve been running more or less ever since with a short break three year’s ago when I needed a massive cortisone shot to the pelvis. Either way, in a fit of bravado, or determination, or even insanity, I signed up to run the London Winter Run, a 10 kilometre race through some of the more tourist-friendly bits of London which I’d run once before back in 2015. 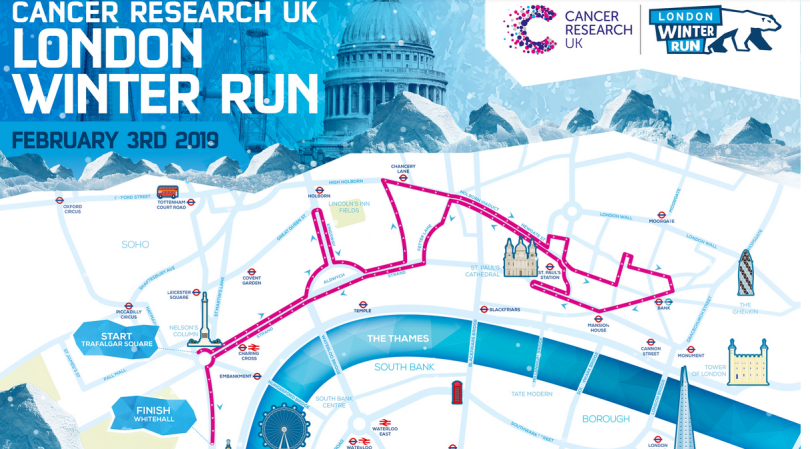 I partly signed up for it as a way of keeping my training on track. If I don’t have an end goal I have a tendency to make excuses for not going out when I’ve got a session scheduled. And so, I found myself listed to set off in Wave 7 of 9, with a start time of 10:18. Thanks to overrunning engineering works on the main railway line into London there were an awful lot of very twitchy runners lining the platforms at Milton Keynes Central as we all waited for the first train of the day.

On arrival in London, a good half an hour later than scheduled, I just about had time to walk to my gym and drop my spare clothing off (I wasn’t chancing the bag drop this time round in case there were queues) and then headed to the start line, a five minute walk away.

I arrived with eight minutes to spare before my wave was due to set off. There was a gap in the barriers of the start line pen so I edged my way in and realised I was within about 20 metres of the start for once. I wasn’t complaining, and luckily nor were the people I’d scooted in front of; in fact they didn’t seem to mind at all. Bang on 10:18 the buzzer went and we were on our way from Trafalgar Square, heading towards the City of London on a slightly less than direct route. I suspect there had been some changes due possibly to security issues, and the result was a rather odd diversion up Kingsway. Otherwise I was amused by the number of people getting very excited by seeing a lot of the sights, when in effect I was on my normal walk to work post-gym route.

I was deliberately ignoring my watch, and not looking when it signalled each kilometre, largely because I just wanted to enjoy a long run on a lovely day. It was cold, but not too cold, and the sun was bright, so despite having to squint a bit in places, it was all very pleasant, and I was just happy to go with it, enjoying the musicians and singers scattered along the way, and taking high fives from the penguins! 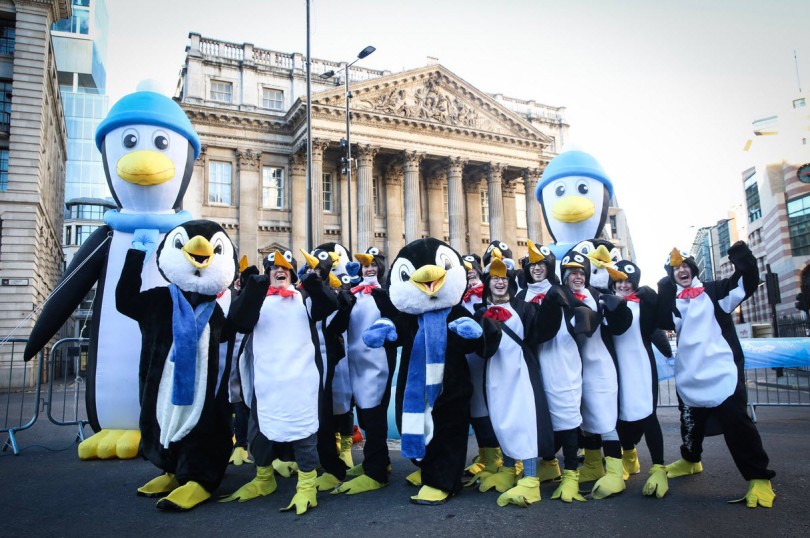 There were all sorts of distractions along the way, and a diversion around the front of Saint Paul’s was also welcome. I wasn’t too sure what the wolves were about, but apparently they were huskies. Either way they were fun too. I was feeling pretty pleased with myself by this point as I’d decided I would try not to take any walk breaks and had already passed the 6K marker. That mean there was a little over 30% of the route still to go. I’d passed quite a lot of people by then, and was now in what felt like more open territory, probably because some of the walkers who insisted on taking up all of the road had been left behind. A lot of far speedier individuals had come charging through by then, vanishing into the distance, and as I was now doubling back on myself, I could see the participants in the final couple of waves as they headed towards the Bank of England.

The final stretch was along The Strand towards Trafalgar Square and then down Whitehall to the finish line. I was beginning to feel slightly short of energy by then, as the water station was now a long way behind me, and the chances of getting anything sensible prior to the finish were nil, I just kept on going, one foot in front of the other. At least the last bit was downhill so I was able to push hard for the last few hundred metres to overtake several people, and throw myself across the line inside the 70 minute target I’d set myself. I collected my medal and joined a very slow moving queue to collect the various goodies that were being dispensed to all finishers.

There followed something of a battle to get some water to drink – initially I was handed a carton of coconut water, which is all well and good but too sweet for me post-run, and then was handed a piece of Soreen malt cake (also not what I wanted there and then and frankly when I did come to try it it was pretty horrible, far too heavy). Next was something that described itself as a whipped protein bar (yuk, also far too heavy), and finally, finally there was water. I grabbed two bottles, downed the first one as I tried to get off the course and back into Saint James’ park, and drank the second one en route to the gym. I had planned to shower before heading back to Euston for the train home, but I’d taken longer to get away from the event than expected, so I just grabbed my stuff, put my coat on to keep my muscles warm, and walked back to the station. 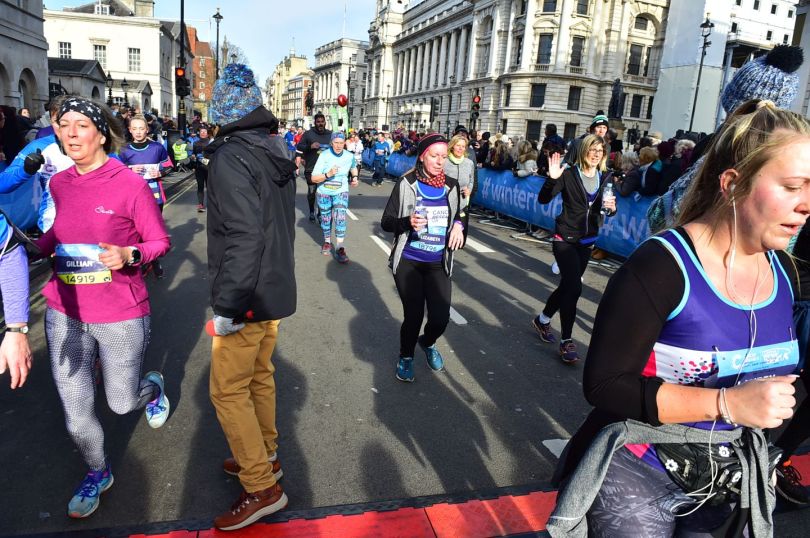 On getting my result later two things struck me and one of those things was that I was less just 91 seconds slower than I had been in 2015, four years previously. That pleased me. The thing that didn’t please me was finding that I was listed in the 55-59 category, when I’d turned 60 a month before. I wasn’t going to complain too much though. The training had worked, and I’d completed the run without needing to walk once.

I was a bit stiff and achy the following morning, but nothing that a sports massage couldn’t sort out. I’m now looking for another 10k in about three months from now, because I need to have a target if I’m going to train in any meaningful way. 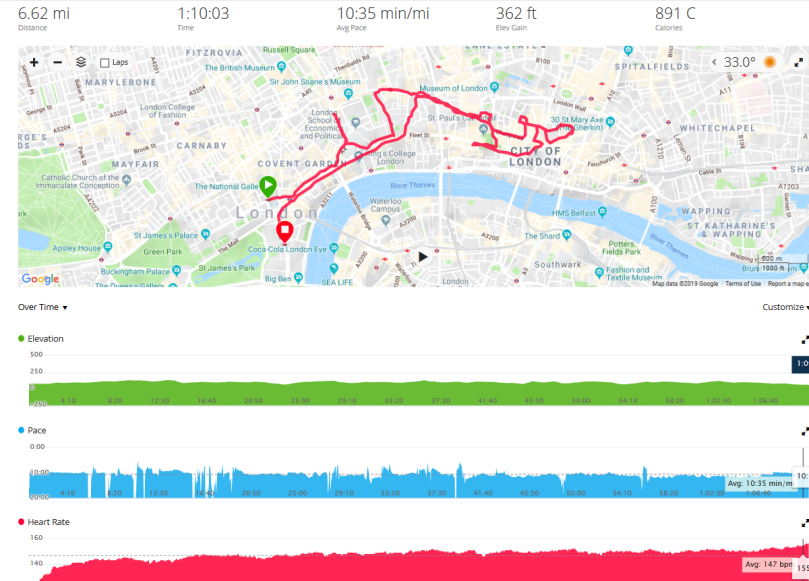 Oh, and I’m now of the opinion that my Garmin really can’t be trusted with regard to accuracy over any distance. It was insistent that I’d covered 10.66K. Of the other people I know who ran it, and whose stats I could access on Strava, they’d registered 10.31, 10.01 and 10.2. I suppose I might have run an extra 660 metres by not following the straightest routes, but somehow I don’t think so. 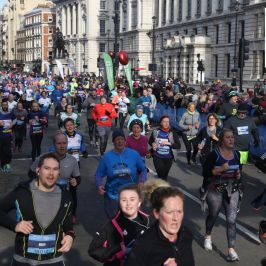 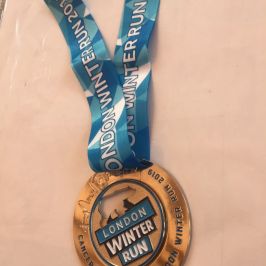 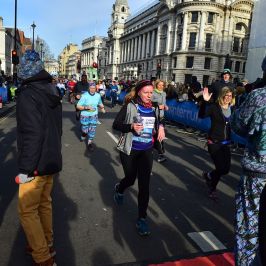 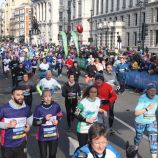 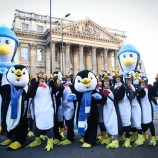 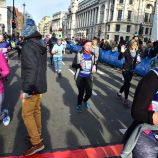 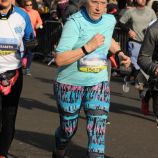 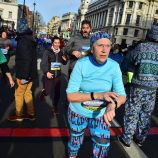 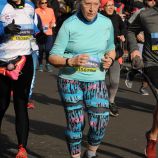 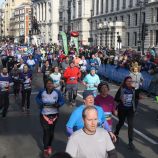 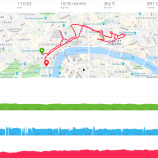 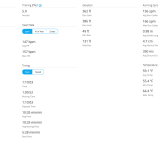 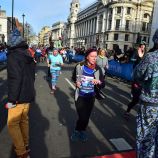 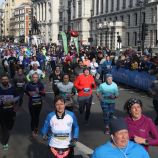 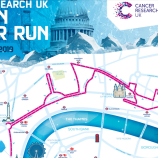 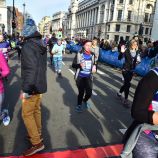 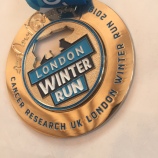 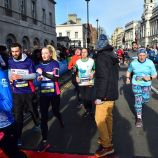