I was in Barcelona for a workshop with 11 of my colleagues, starting on the Tuesday, with everyone scheduled to arrive at various times during the day. The plan was that we would have the rest of the day to potter around and sight-see, go out for dinner in the evening, and start the actual 1.5 day workshop element of the trip on Wednesday morning. Things didn’t quite pan out that way…

I had booked myself a somewhat ridiculously early flight on the grounds that I haven’t been to Barcelona before (in fact there’s not a lot of Spain I have seen), and so I wanted to extract the maximum out of this initial visit. Thus it was, having spent a very short night in a nearby hotel, that I found myself on the 06:15 out of Heathrow, bleary eyed and feeling somewhat jaundiced after discovering that prior to 05:30 on a weekday there’s is bugger all open at Terminal 3. This restricted my breakfast options more than a little (a somewhat indifferent portion of porridge and nuts from Cafe Nero being about the only thing on offer) and then there was nowhere to sit apart from close to Yo Sushi! which oddly was open (I like sushi, but not theirs and certainly not at 5 in the morning) and blasting out poor cover versions of 1970s and 1980s hits. I could have possibly sat somewhere else but the power banks on the seats next to the place were the only ones working. It all seemed a bit emblematic of the state of the UK right now so I was quite glad when they started calling the flight.

When I’d driven over to the hotel the night before the weather had been abysmal, with around a months worth of rain pelting down in 24 hours so I was looking forward to getting to somewhere warmer and dryer. No such luck. As we started our descent into Barcelona (which seems to be surrounded by an inordinate amount of stone quarries) it was absolutely hissing it down, and around 12°C! I was pretty sure I hadn’t ordered that. There followed a very long wait for my luggage (the flight was completely full so I couldn’t justify keeping it with me in the cabin) before I eventually found my way out to the Aerobus stand just outside the doors. I’d pre-booked my ticket and so hopped on ready to roll. The buses leave at 5 minutes intervals so I didn’t have to wait long. However, as soon as the bus turned a corner, a wash of rainwater hit me from the ledge above the main windows. That kept happening so I gave up and stood all the way into town. By now I was cold, damp and not too happy with life.  I was even less happy as I tried to walk from the bus stop to the hotel, but that is down to Apple Maps which are frankly rubbish. I walked a deal further than I’d intended to, dragging my suitcase with me over ridged and patterned pavements which hampered its progress and mine. 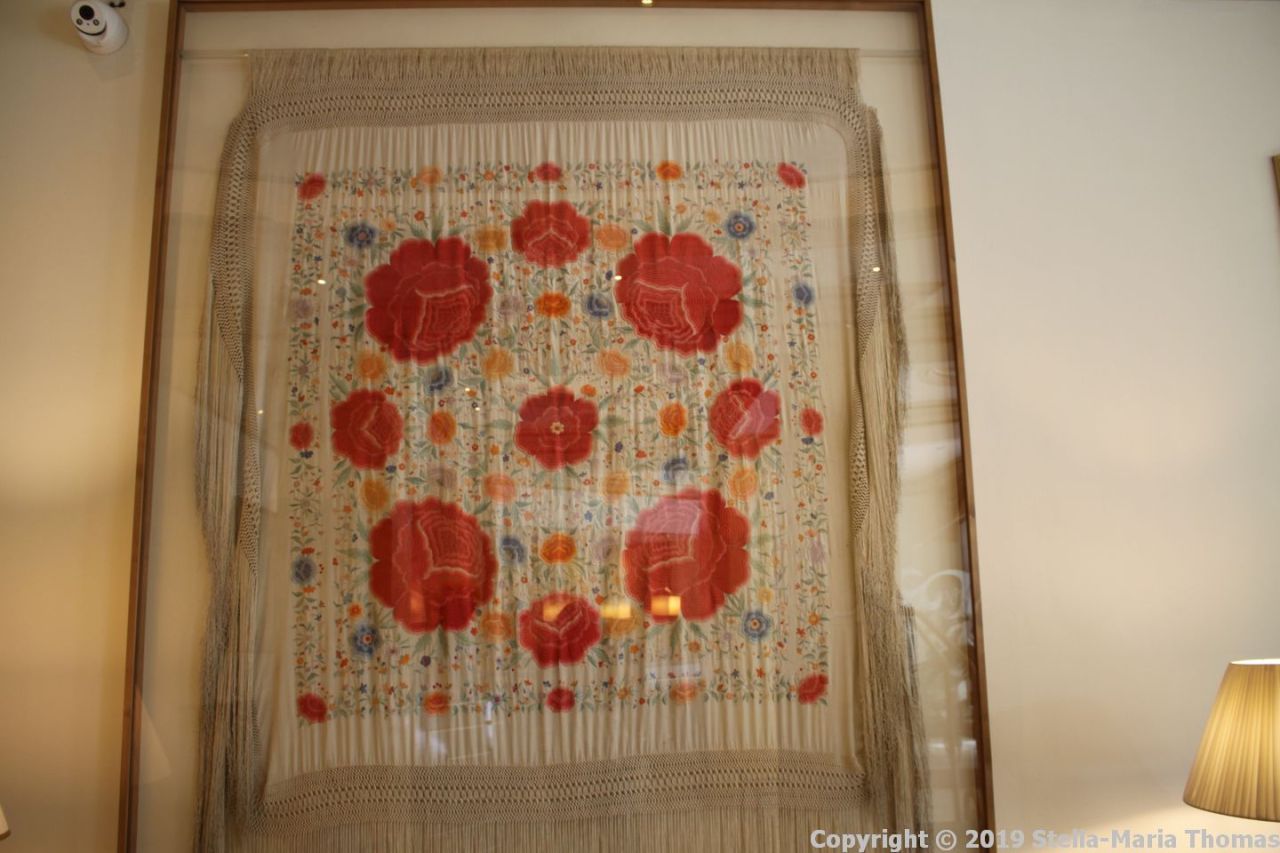 On arrival at the Hotel Roger de Lluria (named after Roger of Lauria) I was just ahead of my colleague German K (GK), who rolled in the door behind me looking about as sodden as I felt. A quick discussion saw us petitioning the lovely hotel staff to see if we could start the workshop sessions as soon as everyone arrived, because there wasn’t a great deal of joy to be had outside and the forecast for the following two days was considerably better! The hotel manager was incredibly obliging so all that remained was to grab some lunch and then wait for everyone else to arrive. The café GK had suggested had a massive queue outside so we popped into the next place along, the Bra-Café. Apparently there’s more than one – I’d say avoid. I had a “bikini” sandwich which was quite the worst toasted sandwich I think I’ve ever eaten (cheap sliced white bread, cheap processed ham and some sort of volcanically molten but flavourless cheese, flattened by the toaster to a couple of millimetres thick and I have a suspicion the waiter dropped the napkin on the floor and then put it straight back on top of the sandwich as he brought it to me). 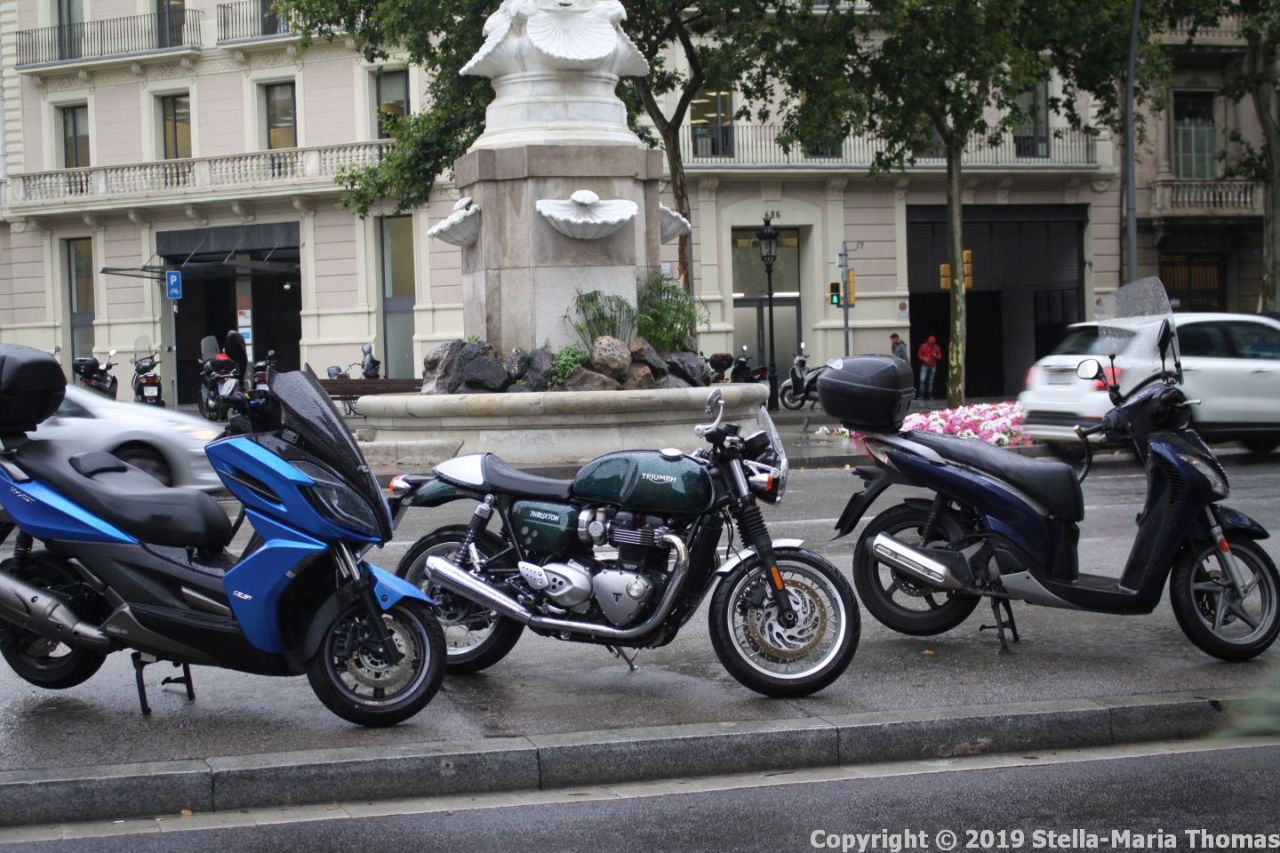 GK decided that while we waited he might as well go and do the small amount of shopping he needed to do at Supermercat El Corte Inglés, and I wanted to get some cash, so we found a bank nearby with an ATM and as we were standing there, waiting for it to spit notes at me, we discovered we’d just missed getting caught up in a pro-independence demo, which involved a lot of shouting, a lot of firecrackers or similar going off very loudly, and a lot of police. We decided to head in the opposite direction. I went back to the hotel (my room wasn’t ready but it was dry in there) just to try and head off A who was already on the bus somewhere between the airport and the hotel.

On GK’s return it seemed to have stopped raining, A was still nowhere to be seen, and so we ventured back out to at least take a look at the nearest tourist attractions to our location, the Antoni Gaudí-designed Casa Batlló (or Casa del Ossos – House of Bones) on the Passeig de Gràcia. It hadn’t been too bad when we’d passed the Fountain of Diana on the Gran Via de les Corts Catalanes on our way but it was getting steadily worse. Fabulous though the work of Gaudí is, the rain had started back with a vengeance by now, so we retreated back to the hotel again having been out for just 20 minutes, jeans soaked to mid-thigh and one arm of my jacket completely sodden. The Danish office contingent arrived not long afterwards, along with A, and H (who’d come in from Kiev) and it didn’t take long to get agreement to our plan that we would start work at 16:00, and then work through Wednesday and have Thursday to do with as we wished. Truly Agile team work! 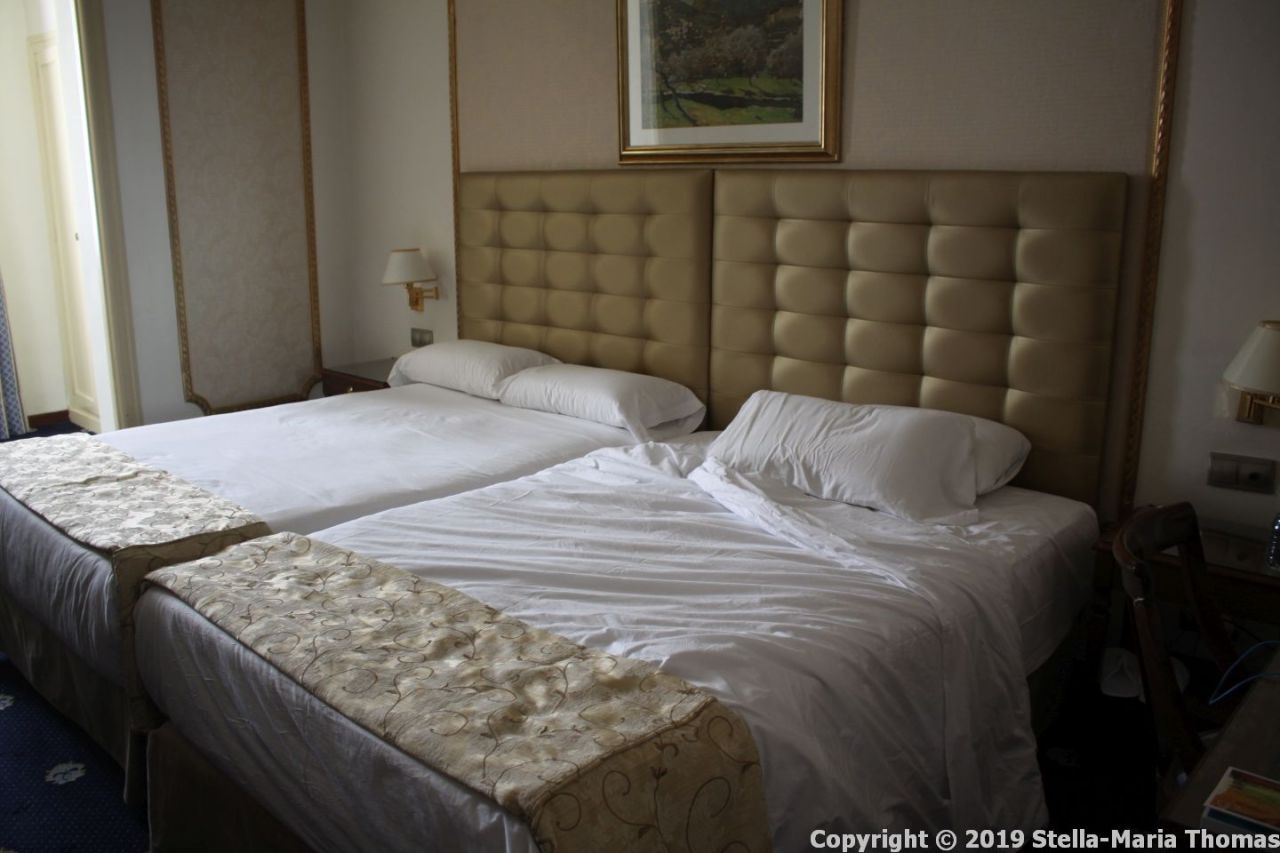 Everyone dropped their bags in their rooms (faded and a bit in need of a refresh but very comfortable, well equipped, large and quiet), and, duly fortified by a very large bar of Milka chocolate, I changed into dry clothes before we reconvened to do half a day’s work ahead of dinner at Los Caracoles, somewhere that was recommended to me by 6 of the 7 people who made recommendations when asked. 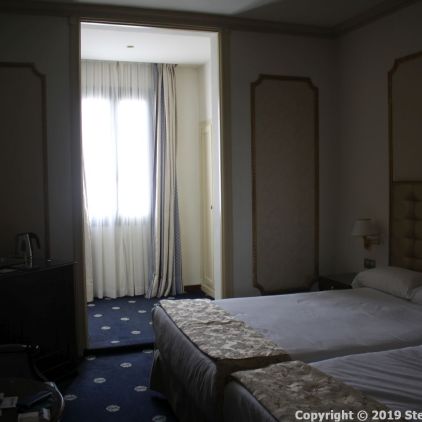 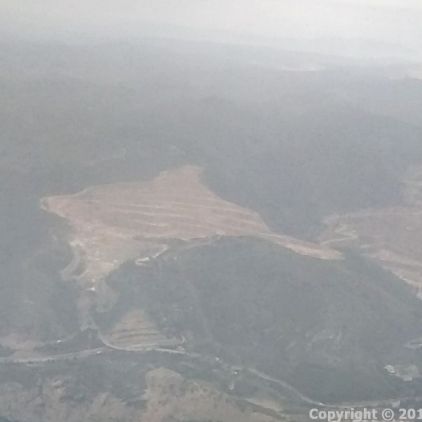 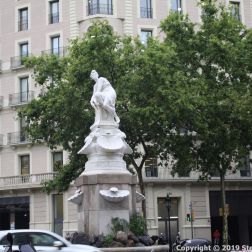 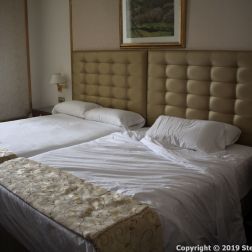 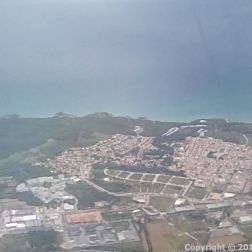 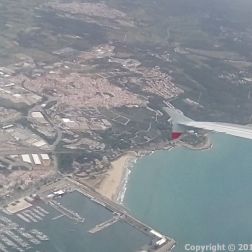 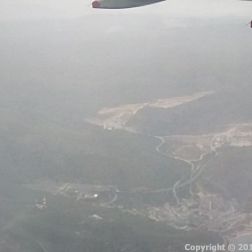 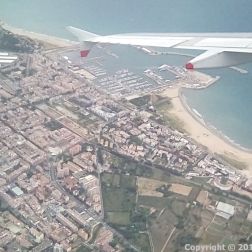