While Tuesday night had been very touristy, Wednesday was at the other end of the scale, with some brilliantly inventive takes on pintxos, and some very good wines, in a much more elegant dining room.

I’d rounded up a group of stragglers at the hotel and walked them to the restaurant, pausing for several of them to buy chocolate at a branch of Veritas organic supermarket. This was on the Carrer de la Diputacio which is a quiet road running parallel to Gran via de les Corts Catalan. While they were doing that I was getting distracted by a couple of splendid modernista buildings on the other side of the road, the Casa Berenguer (a modernist building with Gothic revival influences) and the Casa Ibarz Bernat about which I can find no information that isn’t in Spanish or Catalan. 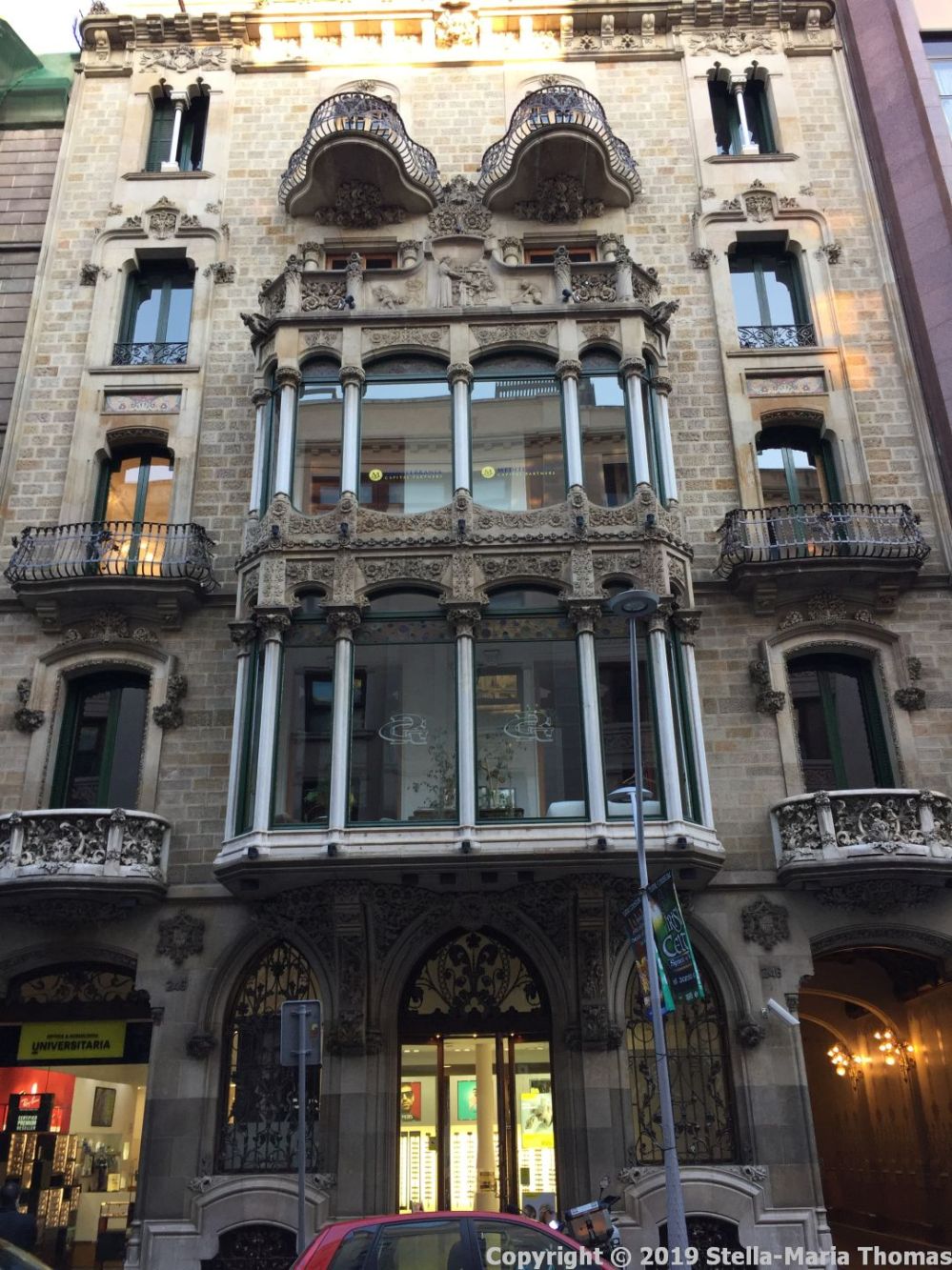 The passageway between the two is particularly fine.

We arrived at the Mont Bar a little in advance of the booking time, but our table was ready, and all we needed was an explanation of how it all worked. This proved slightly difficult to achieve, so if you go there – and you should, you really should – the idea is that you each order a snack or two from the first section of the menu, as none of these are suitable for sharing, apart from the Iberico ham, and to be honest although there was enough to go round 2 or 3 people easily, if you’re as much of a fan of the stuff as I am you might want a whole plate to yourself, even at €22 a go! Then you order 2 or 3 of the other items which are intended to be shared between 2 or 3 people.

The snacks proved a great hit, and reduced a bunch of grown adults to mad Instagrammers in seconds! I think you may see why. We ordered several plates of the Iberico ham which was genuinely fabulous, sliced thinly and laid out on large plates. It vanished in seconds, in some cases before the tomato covered bread meant to go with it got to us!

The bread was good too, chewy in the best way, and full of flavour.

Obviously I didn’t get to try everything, so I’ll stick to writing about what I ate. I went initially for what the menu described as “Coca de vidre” of foie, two thin, sweet, crisp, almost-tuiles, with supporting pillars of foie gras, and a decorative scattering of almonds. The waiter instructed me to take hold of it with two fingers and gently squash it down to turn it into a sandwich. I did as I was told and was very happy that I had. It was delicious and I was sad that the waiter couldn’t tell me exactly what the outer layers were made from.

I also ordered the incredibly pretty and delicate langoustine, kimchi and saffron snack, which turned out to be a cylinder containing langoustine tartare, and a scattering of a very gentle kimchi, decorated with flowers, and dabs of a saffron mayonnaise. It was three small bites but what bites they were, full of the taste of the sea and a hit of pickle from the kimchi. Lovely.

Of the things other people had, the prettiest was probably the sobrasada and mahon cheese mochi, which was cute and apparently amazing according to L who ordered it. 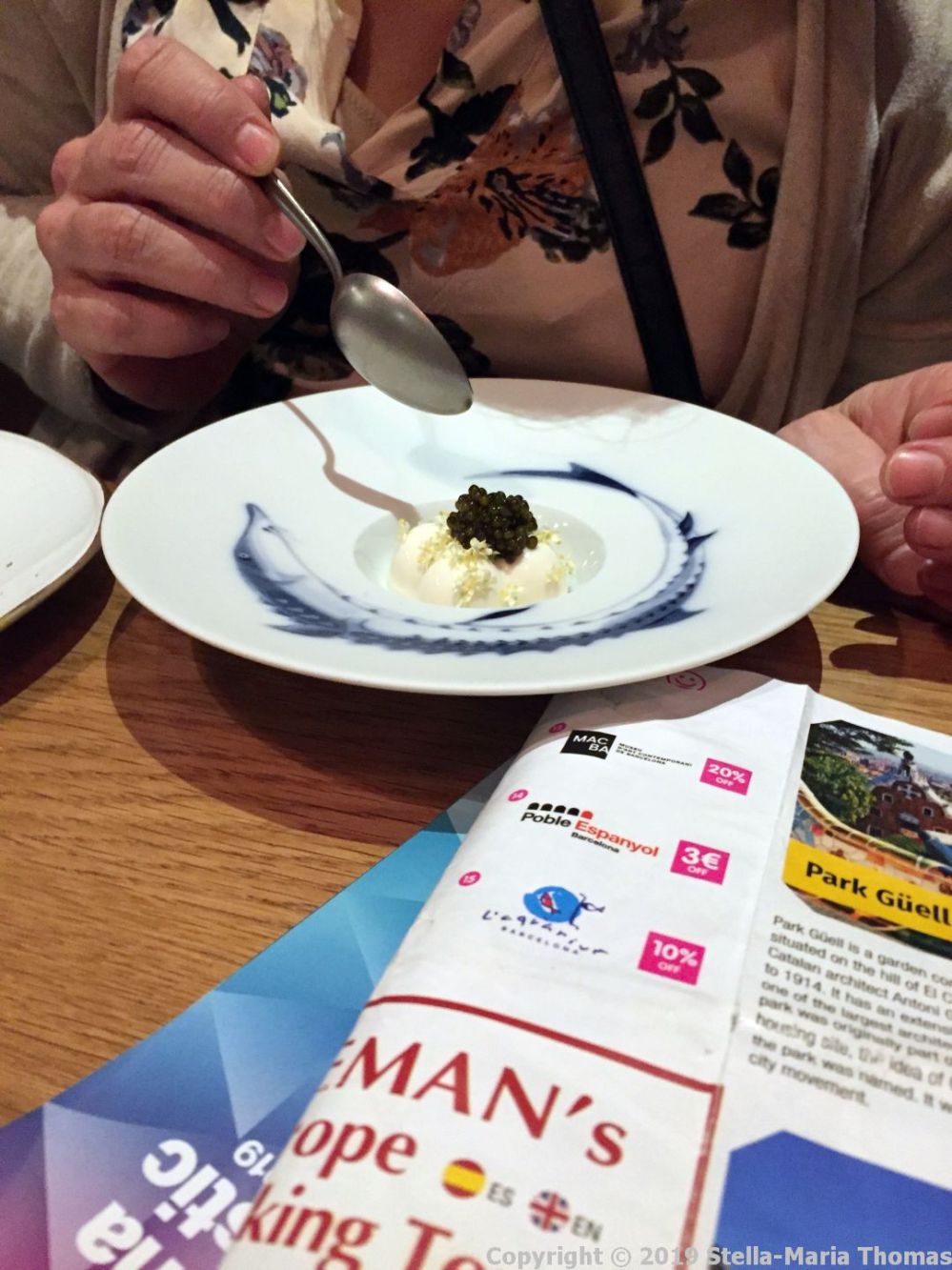 The crispy jalapeno and corn was pretty stunning to look at too, even though I didn’t try that either. 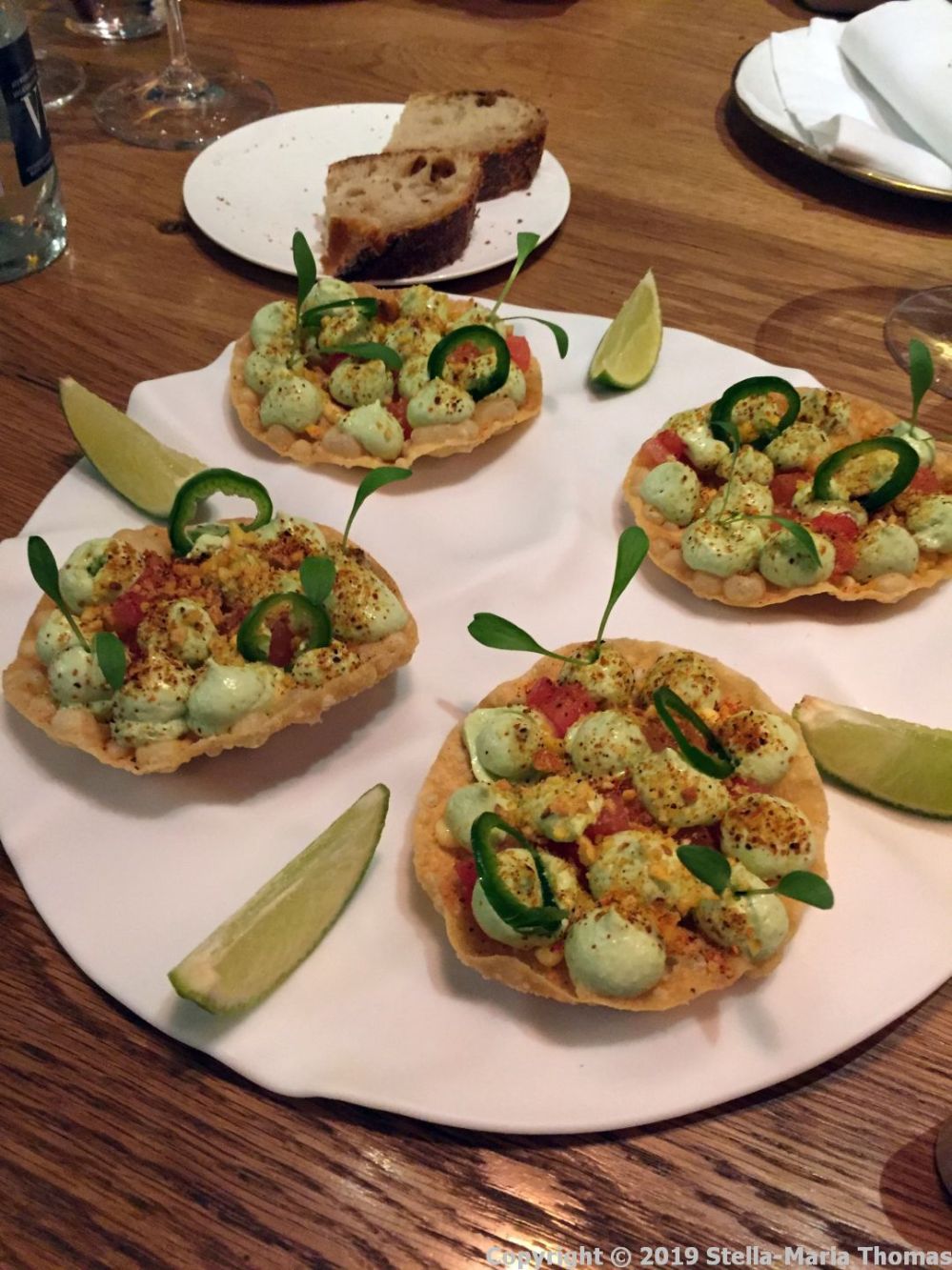 For mains there was a lot of ordering of chicken and of pork going on around me, so I decided I would order the wagyu and I would not be sharing it with anyone! This turned out to be an excellent decision on my part, because the meat when it arrived was succulent, beautifully prepared, perfectly seasoned on the outside, scattered with sea salt crystals, and had obviously been just shown the grill to warm it up slightly and put a slight crust on the edges. It was fabulous.

It also came with its own little side dish of an aubergine quenelle and what I think was some sort of squash puree. It made the single dish sufficiently interesting that I wasn’t bothered at all about the other things I might have tried if I’d been sitting elsewhere on our table for 12.

The tuna belly marinated with a pine nut sauce was presented to some of my colleagues with a great deal of theatrical panache that had everyone reaching for their phones again. The smoke filled dome, the removal of said dome and the wafting of the smoke around was a flourish that was appreciated by the whole table. I know it’s a cliche, but it’s still fun to go from this: 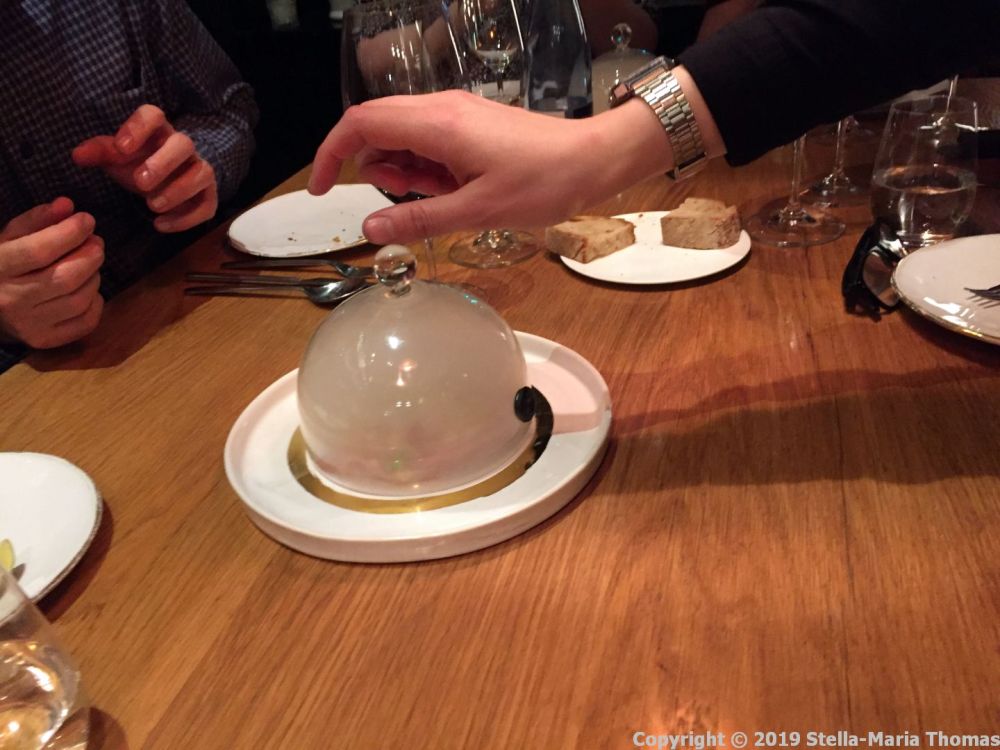 The suckling pig terrine looked as it it would have been worth suffering my usual pork reaction for, served with charred endive, and a Cantonese sauce that smelled unbelievably rich but I didn’t want to spoil my sightseeing day by having to spend most of it in the bathroom. However, another time I might be prepared to risk it. 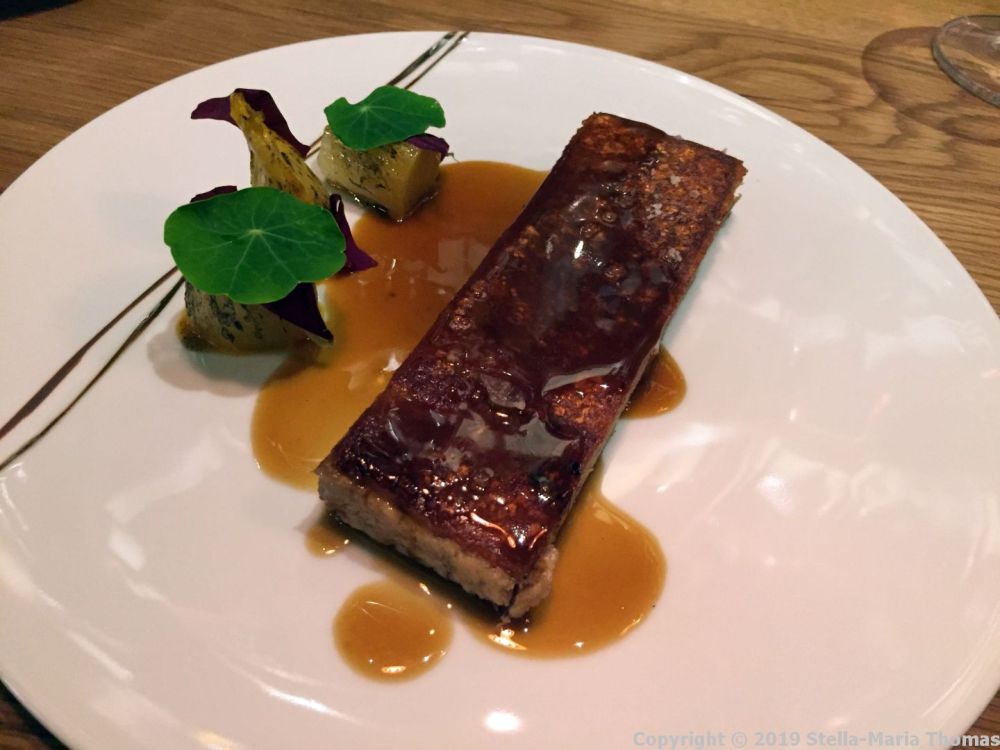 By this time we were running out of steam somewhat but I did have time to admire the beauty of the stracciatella which was delicate and gorgeous to look at and that apparently tasted mighty fine too, the rich layer of cheese at the bottom contrasting with the tomato, basil and pistachio foam. 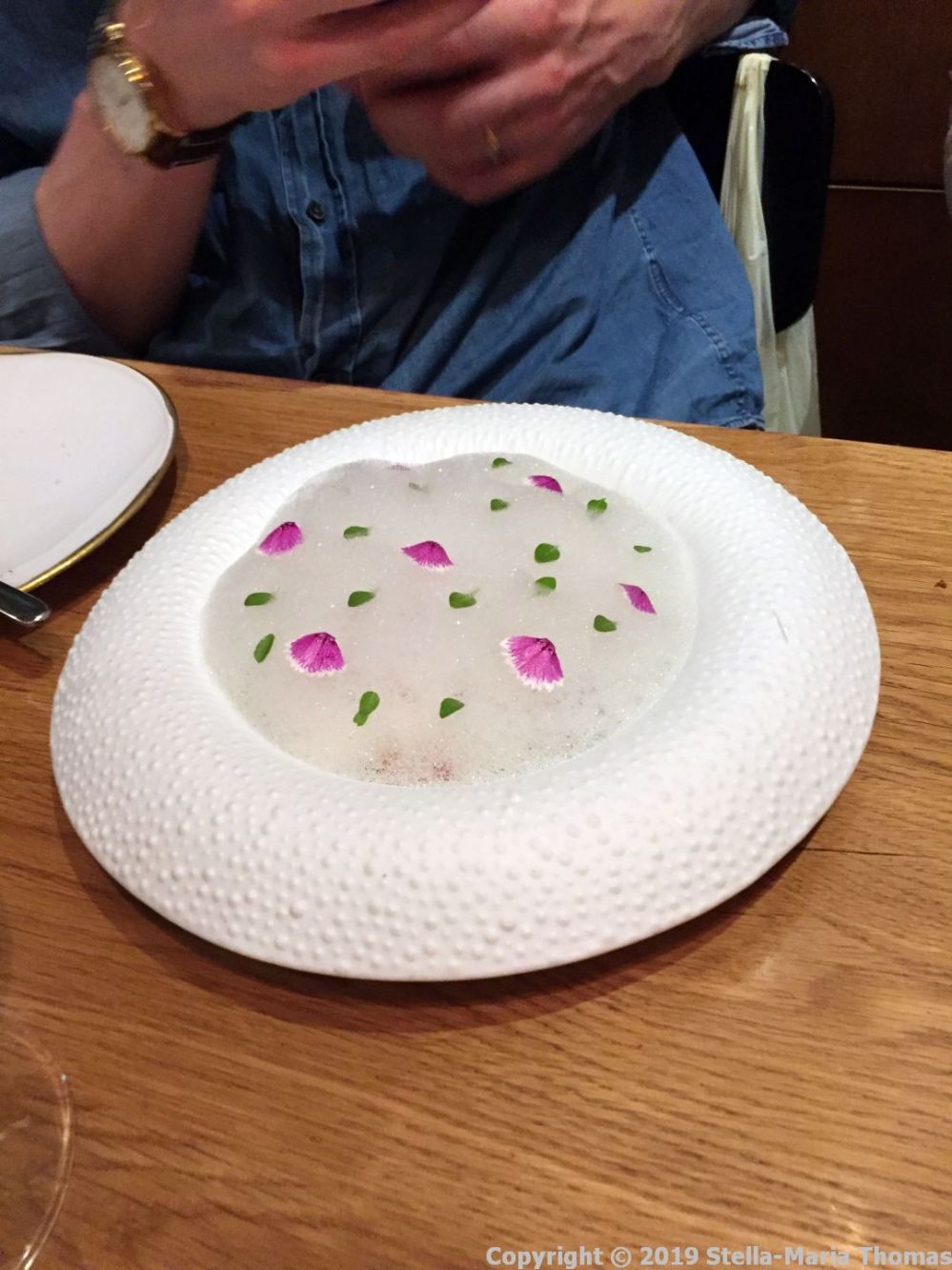 The other fine looking dish that I wouldn’t order for myself, was the “caneloni” with foie gras and mushrooms. Again, it looked good and it vanished in triple-quick time so I can only assume it was a hit!

The simplicity of the description of the sweets was a long way from the reality of them. An iced meringue cake and citrus fruits was intricate, delicate, and there wasn’t any left after the person who’d ordered it got through with it.

Given my obsession with white asparagus, no one should be surprised that I ordered the frozen sandwich of white asparagus and huitlacoche chocolate. I have occasionally been heard bemoaning the fact that the asparagus menus in German restaurants during asparagus season never have a dessert with asparagus in it. This would do nicely. It’s slightly less than sweet, and veers into bitterness with the chocolate, and I would order it again at the slightest provocation.

Afterwards, they needed our table (we’d been a bit late getting our act together) so they moved us to the bar next door, where they very generously provided us with a round of drinks for free, as we found out when we tried to pay. 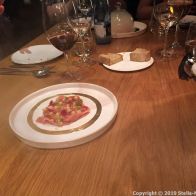 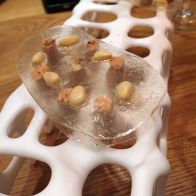 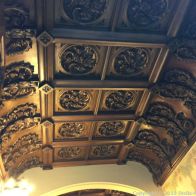 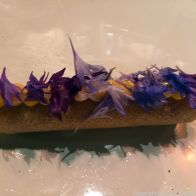 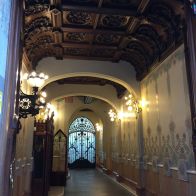 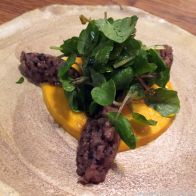 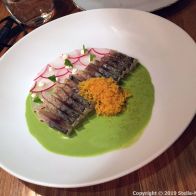 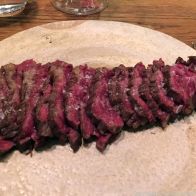 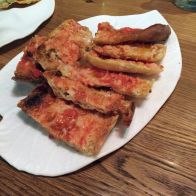 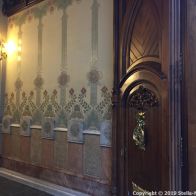 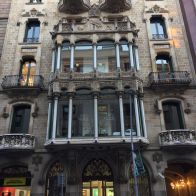 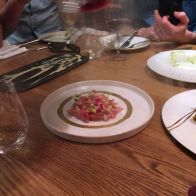 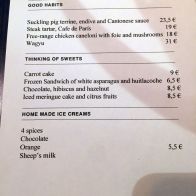 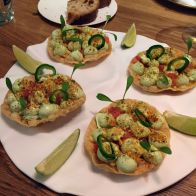