After a great deal of messing about, mostly with structural questions, the planned extension to our home will not now start until January 2020, so having reached that conclusion, we decided we could actually book some holiday time. And so we found ourselves in the car, barrelling around the western side of the M25, attempting to reach Gatwick in good time for our early afternoon flight to Porto. We’d left early, which was probably just as well, because some idiot had managed to completely close all 4 lanes of the other side of the road, and the knock-on effects were starting to spread as we reached Surrey. The way things were going it looked as if the entire south-eastern quarter of England was going to be in a state of gridlock in about another 30-60 minutes. We weren’t exactly going fast, but at least we were moving. We threw the car at the Purple Parking people, caught their shuttle bus to the airport, and checked our bags. When I was booking the flights the standard fare had come out at around £50 return less than business class so I threw caution to the winds and booked us into Club Europe complete with a luggage allowance of 2 bags each (up to 32kg per bag!), fast track security, which meant we were the only people using it, and lounge access. Very pleasant it was too. We drank a little Champagne and hung around waiting for British Airways to call our flight.

The flight was pleasant too. We’d ended up with the front row seats, which put us in more direct contact with the cabin crew than usual. As a result they seemed very keen to keep us supplied with more Champagne to go with our afternoon tea. It meant we were in a pretty good mood when we landed, which was improved even further when our bags came off very quickly, and we found our car waiting for us outside. The lady who transported us to the hotel was South African but had been born in Portugal and had come back later to live full time. She filled us in on some local history, and also pointed out “the world’s most beautiful MacDonalds” telling us we really needed to go inside “but not to eat!” We didn’t need telling twice on that front.

She delivered us to the Hotel Intercontinental Porto in good order, wishing us a pleasant stay, and the doorman whisked us inside while the porters took care of the bags. We don’t always travel in style like this, but for once it was too good an opportunity to pass up. I know we could have got the Metro from the airport straight to the hotel, but sometimes it’s nice to let someone else do the work! Because I’m a platinum ambassador with the IHG brand we were automatically upgraded from an executive room to a junior suite, overlooking the Avenida dos Aliados, and we also had the advantage of a late check out (at 16:00) on the Monday, which was good because our flight wasn’t until just after 21:00. Oh and we had a €15 credit to use in the bar or restaurant.

Settled in, there was a flurry of unpacking, made slightly more complicated than normal by the fact that we knew the weather was going to be so hot that we wouldn’t want to wear any of our clothes more than once. As with most of the Intercontinental range of hotels, this one was inside a splendid old building which has been well modernised with possibly the quietest air-conditioning I’ve ever encountered in any hotel anywhere. The former Palacio das Cardosas, which used to be the Convento dos Lóios ou Convento Novo de Santa Maria da Consolação, also had the advantage of being very close to many of Porto’s main attractions. It was also very comfortable!

After we’d finished packing, and asked the ladies doing the turndown service to come back in about five minutes, we headed out to try and find a pre-dinner drink. I did have a place in mind, complete with rooftop bar, but we either got there too early or it’s closed down. A few minutes aimless wandering saw us blunder across a rather pleasant looking cafe with tables out on the pavement. We could at least watch the world go by. Closer inspection revealed a spectacular interior but it was really too hot to want to be indoors. It turned out that we had stumbled upon the Hotel Pestana Porto Brasileira (one of many almost triangular buildings we would encounter) and its A Brasileira café, which is around 115 years old and has been sympathetically restored to its original layout. It’s really rather lovely, and they do a very nice porto tonico, the first of several we would try, all slightly different.

From there we headed across the road to the Portobay Hotel Teatro and the Palco (Portuguese for “stage”) restaurant. It was slightly before 9pm, so it was pretty quiet as yet. We had a choice of tables, and were soon seated in a comfortable corner with a glass of sparkling Portuguese wine and the menus.

While we were studying the menu, the waiting staff brought us a small amuse bouche of octopus in a tiny, crisp taco. It suggested we had chosen a good place, the octopus was tender and nicely judged and the accompanying vegetable and herb dressing was perfectly done. We were off to a good start before we’d even decided what to eat.

We quickly decided we’d have the Petiscos do Dia no “Tachinho”, the appetisers of the day served in a very small and apparently traditional pan. These turned out to be pork, cooked in orange juice that made it tender, along with a variety of root vegetables, all sticky and sweet and really very good. Although we both tend to avoid pork because of its effects on our digestive systems (you really don’t want to know) we both reckoned that if we were going to suffer, it was worth it for once! And yes, it really was worth it – and yes, we did both suffer the morning after. The only slightly odd thing about it was the seemingly rather random addition of a couple of tiny pickled onions! 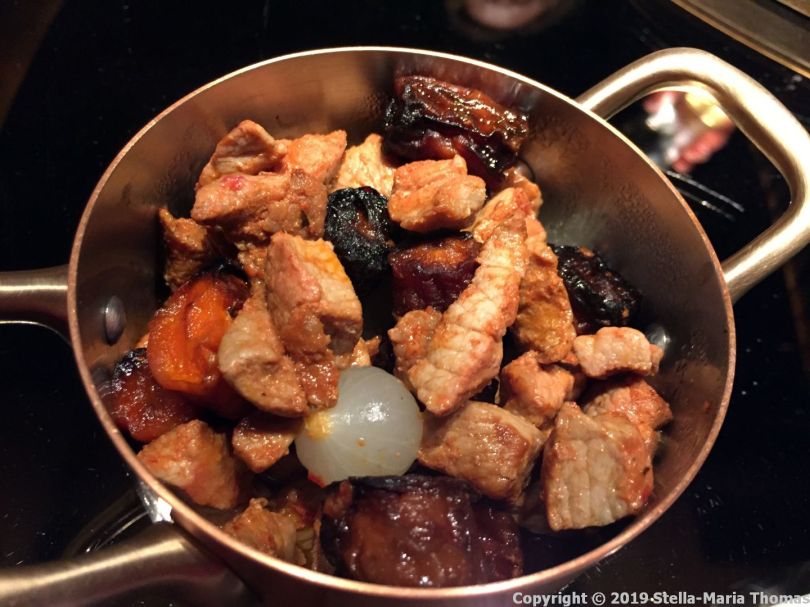 Our next course was a starter, of goat’s cheese marinated in olive oil and rosemary. This was excellent, and although it was listed as a cold dish, it was served slightly warm. It was soft and crumbly and nicely done. It was also more than big enough for the two of us. We’d been told the locals tended to be big eaters, and it was certainly true if what we were served was anything to go by. We’d need to watch out when ordering and make sure we didn’t select too much.

We hit the main courses next and decided to share two of the meat options. The first was duck breast, in a balsamic sauce, with a mille-feuille of potato and apple. The meat was excellent, though the vegetable/fruit combination seemed a little on the dry side and the whole could have done with a lot more of the sauce to my way of thinking. I think it might have been waiting around a while under the salamander when we didn’t eat as fast as the kitchen was expecting. It did, however, taste good.

Much better, in my view at least, was veal loin with mushroom crust, the crust being moist and keeping the meat moist as well. This was very good indeed and also came with an excellent selection of vegetables, compared to the potato/apple thing! It’s fair to say that both dishes were enormous though, and neither of us could finish them. I managed to polish off the veal because it was too good to leave, but some of the veggies had to be abandoned. I’d order the veal again if we went back, the duck not so much. 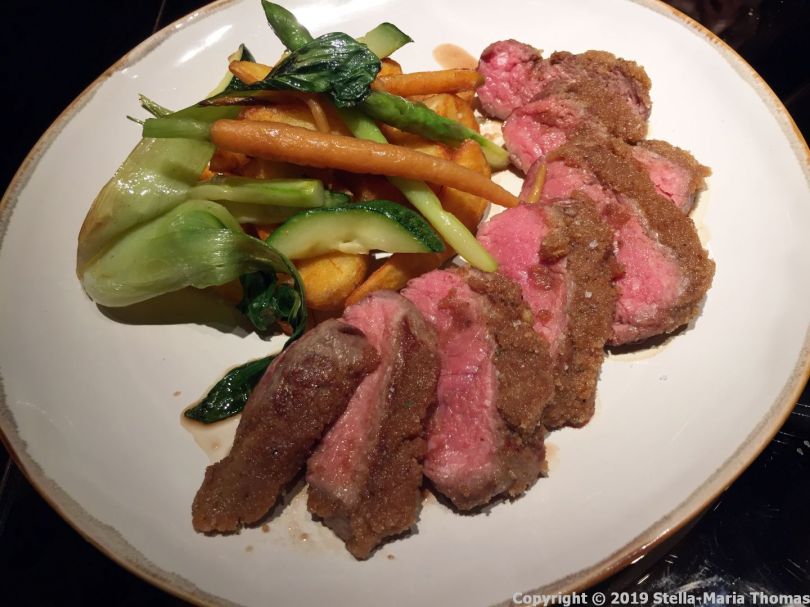 We drank a mighty fine bottle of Quinta Nova Pomares 2017 from the Douro (a blend of the most commonly used grapes for red, the Touriga Nacional and Touriga France, mixed with Tinta Roriz which was new to me – then again I’m only learning more about Portuguese wines now, which was one of the side-reasons for choosing Porto as a destination). It packed a plummy punch, was very smooth and I’d happily keep some on hand as an everyday red.

We finished the wine, laughed hysterically at the suggestion of dessert, and staggered back to the hotel to bed to find the bathroom tidied up, the sheets turned down, and a chocolate on each pillow, along with a card showing the weather forecast for the morning, and another bearing an historical snippet about Porto and what goes on there. 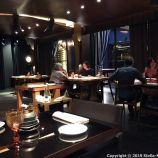 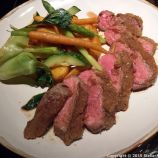 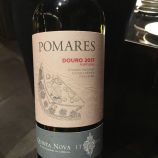 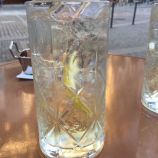