After a day of port tasting we emerged from the fado and port session blinking in the sunlight and wondering where to go for a pre-dinner drink. We didn’t have time to go back across to Porto and the Terrace Lounge 360º rooftop bar at the Espaço Porto Cruz had been recommended to me. However, it was absolutely heaving and the noise levels were bordering on painful. Having got out of the lift and looked around to see how packed it was, and finding ourselves unable to make ourselves heard, we pretty much got straight back in again and left the building. By the river side was a terrace bar with umbrellas and people enjoying what looked a lot like porto tonicos to us, so we sidled into UVA by Cálem and took a table where we could watch the world go by.  Drinks were delivered promptly, this time a pink porto tonico with added fruit. Very refreshing and it’s obviously possible to ring the changes with the combination of ingredients once you have ice, port and tonic water. I shall be experimenting no doubt!

We sat and watched the rabelos (the traditional port transporting boats) on the water, the people passing by and the waiters rushing around at high speed and enjoyed our aperitif, building up to walking uphill to our dinner reservation!

It was all very dramatic as the sun started to sink towards the horizon. It also meant the air was now somewhat cooler than it had been during the day, which made the uphill walk to the restaurant a lot pleasanter than it would have been earlier in the day. The Blini is halfway up one of the streets that leads from the river towards the top of the bluff where The Yeatman sits in splendid glamour. We only needed to do part of the walk, and were soon looking at a rectangular black and glass modern structure tacked on top of a fairly ordinary building.

The meal that followed was tasty enough, but a couple of things need to be said first. The service was variable to say the least, with some of the staff very competent and with a good understanding of the menu, and some who didn’t seem to have much clue. Additionally, there were quiet a lot of items on the menu that simply weren’t available, which made making a choice rather tricky. On the other hand, the setting and the view are pretty special, and the food that was available was pretty tasty. A bit of a mixed experience, though the bits that mattered most did work, and the final bill was not much over €120 for the two of us, which given the website was somewhat lower than we expected. We had a good table, and the views, as I say were pretty impressive. There was certainly a great deal of pleasure to be had watching the sun sink behind the hills, lighting up the Douro as it went.

The food, though, because theoretically that was what we were there for. There was a small amuse bouches of salmon tartare, which was good, and the fish was obviously of good quality. It was a shame that the service was on the clumsy side, and unlike everywhere else we’d been, two out of three of the staff on spoke Portuguese. Now normally that wouldn’t be an issue, and to be fair, why should the speak anything else, but on the other hand everywhere else we went, in a town where the main industries now appear to be wine and tourism, and where there’s an international clientele, it would help. The sole female member of staff, on the other hand, seemed to be fluent in at least three or four languages, and had to keep being called on by the two monolingual men to explain things to all the customers, which made for an inefficient service for her (and must have been annoying) and for us.

We did manage to get our food despite the lack of polyglots, and our starters were soon with us in the shape of a piece of nicely done sea bream with a mango sauce…

And a nice piece of tuna.

For mains I hit the seafood rice, because I can’t resist. It may not be a sophisticated dish but it’s a very tasty one if the chef gets it right. To be fair, he did. The rice was properly soupy and there were plenty of pieces of pescetarian pleasure to be picked out and polished off, with prawns and mussels and and squid and scallops and all manner of fish lurking in its tomatoey depths. Again, I really do need to learn to make this myself; it’s such a pleasure to eat, and it’s not as if I don’t know how to make a quality bisque, which I suspect is the backbone of the dish. 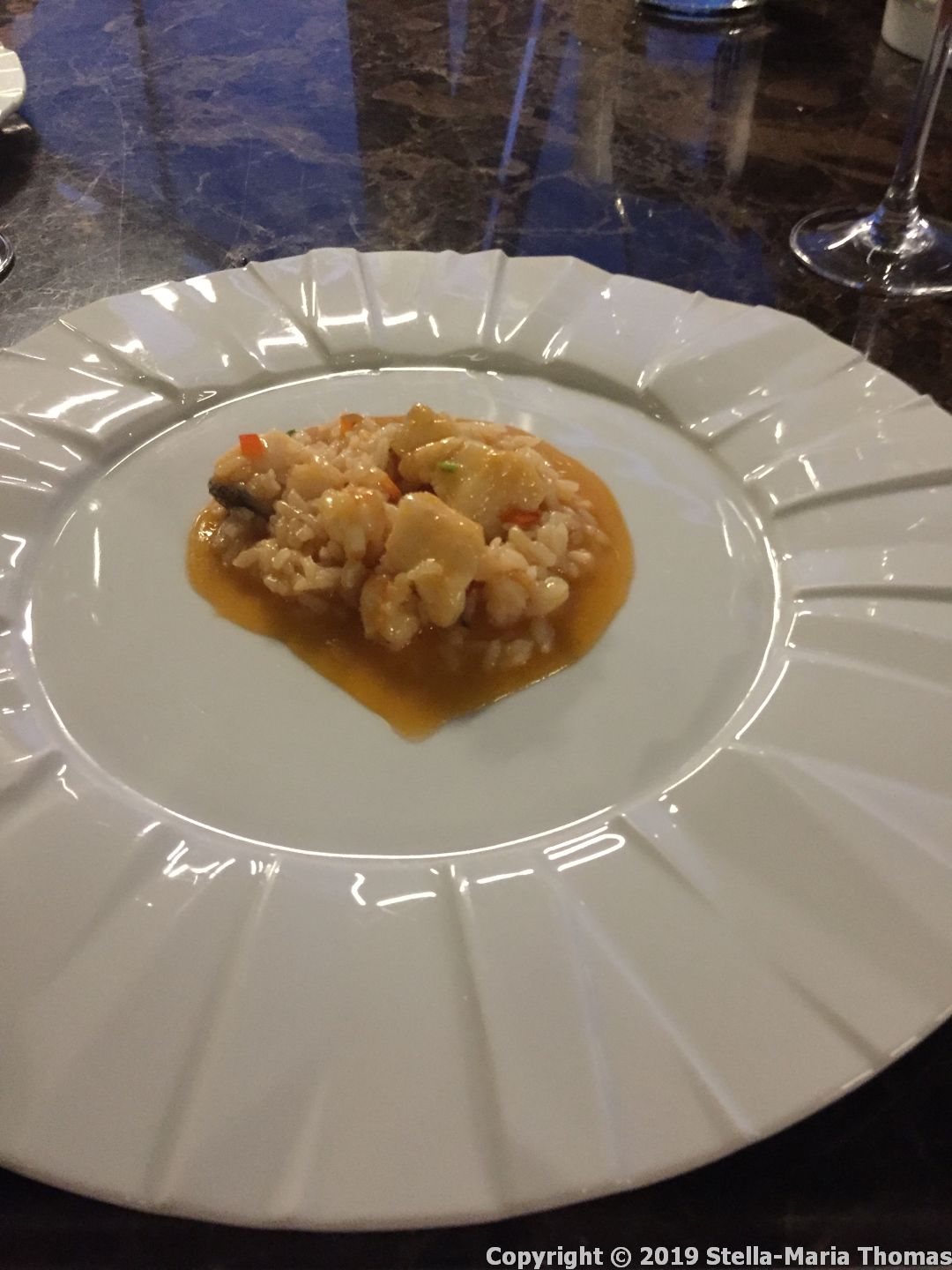 I do know there was no way I was going to be able to finish it. There was certainly enough for two, maybe more, hungry diners in the pot. We’d been warned about local portion sizes and it was turning out to be even more scary than we’d anticipated! I’m not sure who they think they are feeding in the local restaurants, but I suspect it maybe a bunch of workers fresh of a shift on the docks! 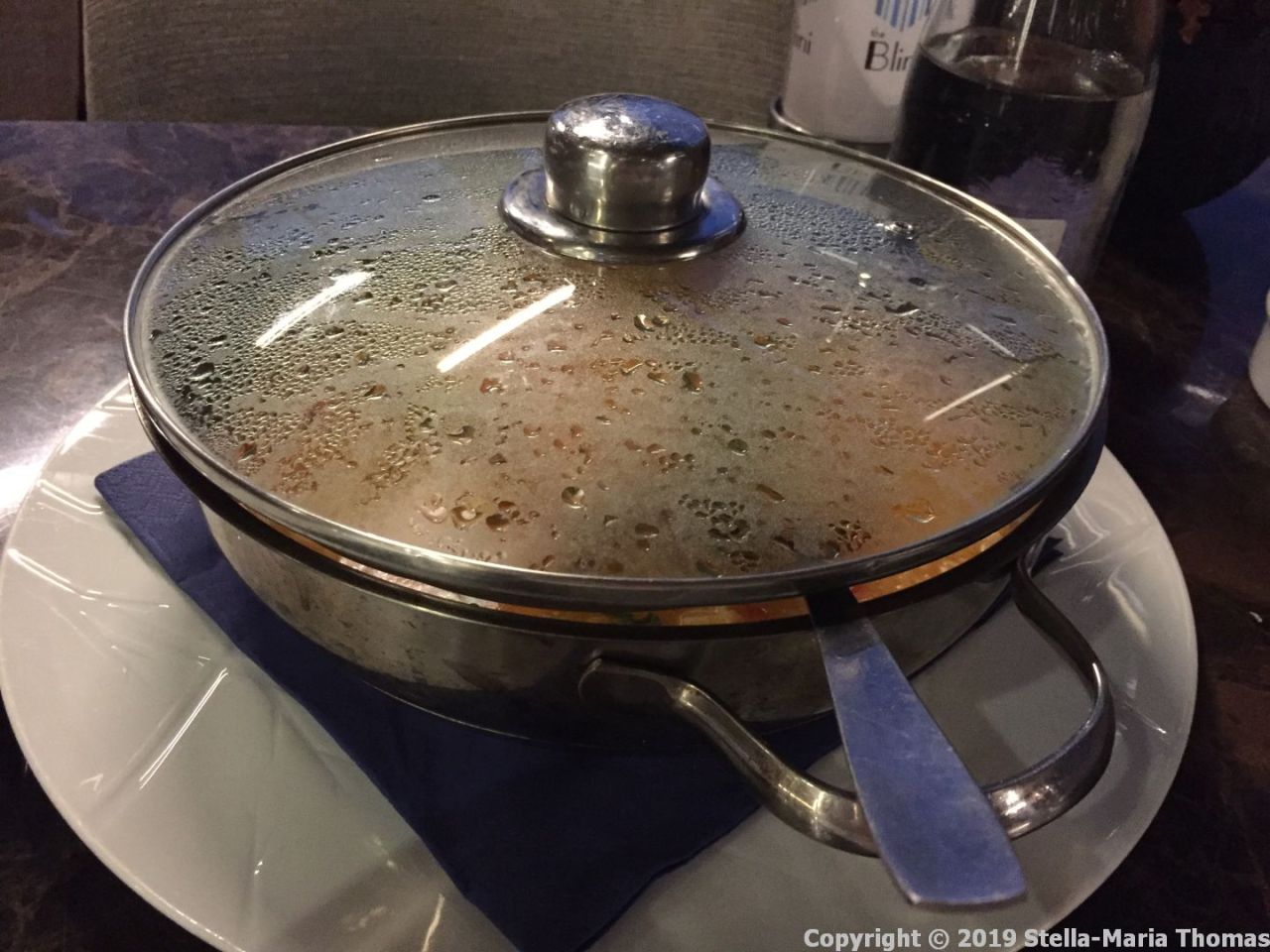 Lynne left me to it, which I thought was a bit harsh, but then she seemed to have her hands full with her main, which was a large quantity of octopus, cooked slowly I think, till it was nice and tender. She ate most of it, but I had to finish the brocolli.

We drank a good local wine, on the young side, but refreshing and it went well with all that fish, a Papa Figos Douro Vinho Branca 2018. It’s always good to be able to drink locally if at all possible, and obviously in the Douro it really is. OK, so there are 22 other wine regions in Portugal, but given the river runs straight into Porto from the region, a mere 50 or so miles away, it’s pretty local I’d say.

Afterwards, the idea of dessert seemed like a step too far so we shared a portion of cheese. Unfortunately, the waiters couldn’t tell us what the cheeses were, though they were able to sell us a pair of glasses of port to go with them. The water biscuits, the “jams” and the mango went well with the cheeses, and I would have just likes to know what they were. It didn’t stop me enjoying them, but it seemed on a par with the service in general. Given it was a Saturday night, and the places is off the beaten track a little, and it wasn’t full, they may need to buck their ideas up a little. 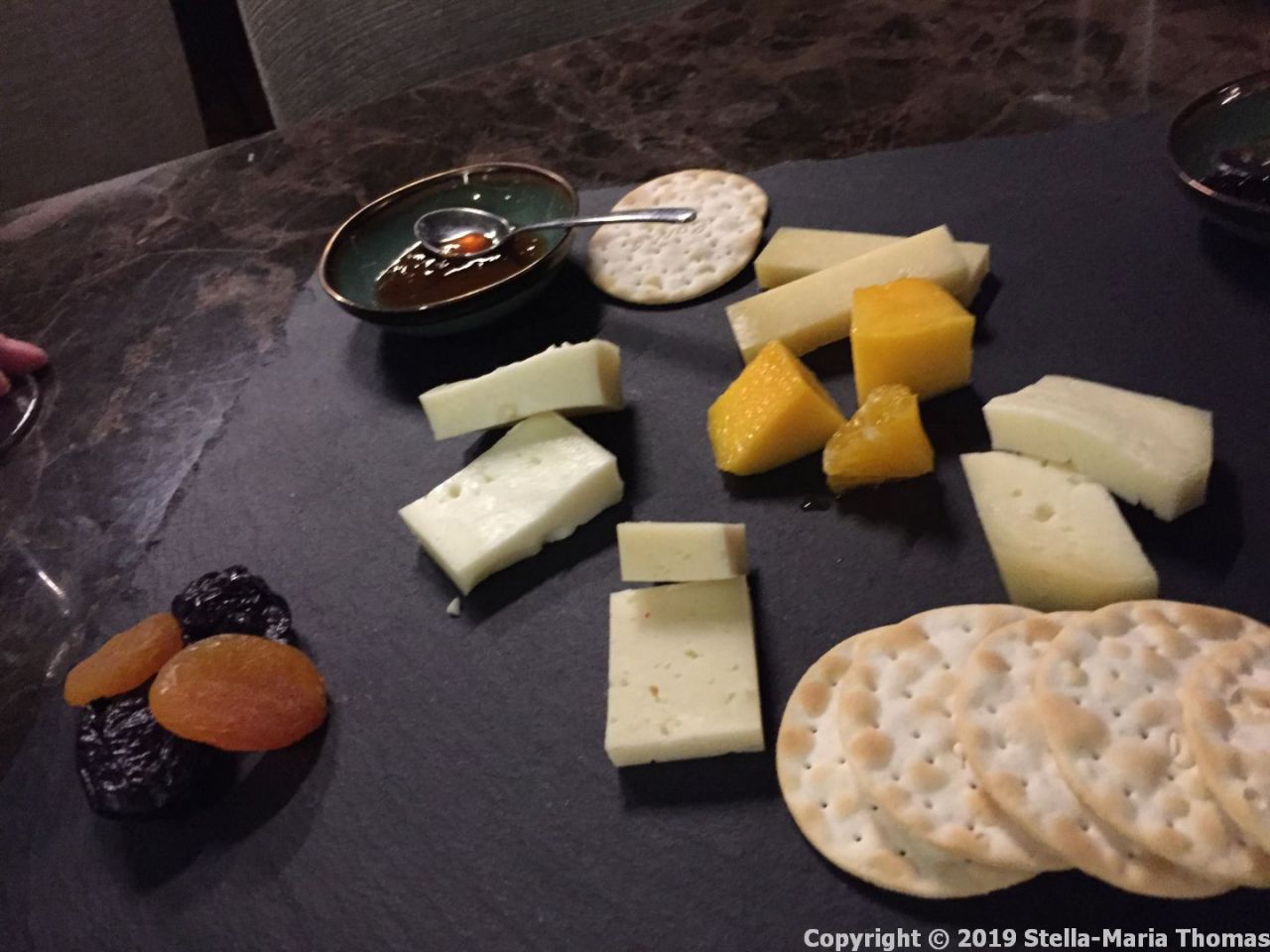 Meal finished, bill paid, and Sun long gone down in the West, we flogged back up the hill towards the Metro station (the service runs 24 hours at least at weekends), having to fight our way past the concert that was blaring out some sort of Portuguese rap music to get to the stop. Mere minutes later we were back on the Porto side of the river and in our hotel room. Would I go back to the Blini. Possibly, though I’d like them to sort the service out first. I suspect the fact that it’s decent cooking if not spectacular, and coupled with the amazing views, that allows them to get away with it, which is a bit of a shame because with a little effort it could be genuinely special. 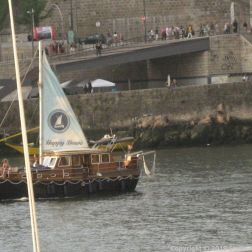 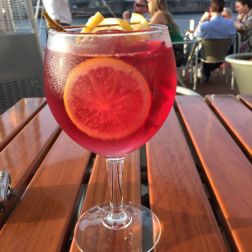 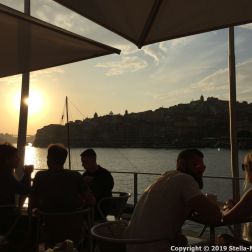 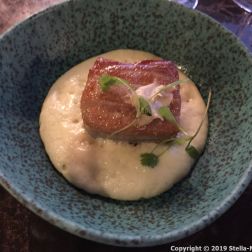 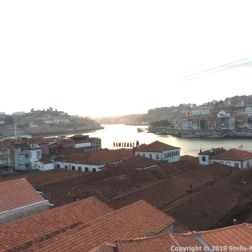 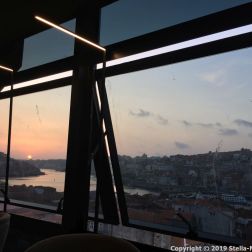 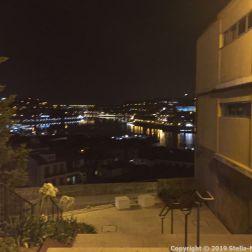 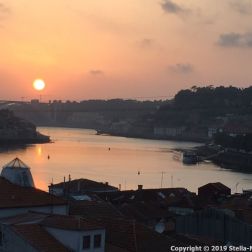 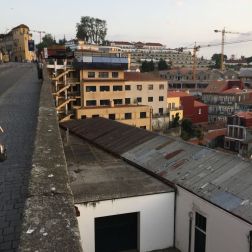 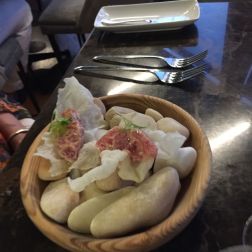 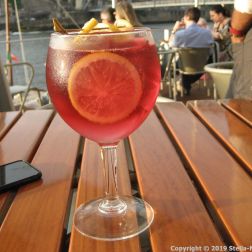 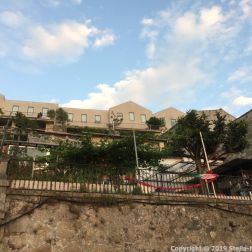 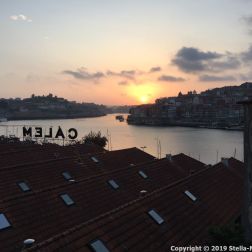