Feeling altogether more human after Saturday’s illness, I have to say I was really looking forward to our final meal in Hamburg, lunch in a restaurant in the Speicherstadt, Vlet in der Speicherstadt. On their own website they wax lyrical about their location: “Among the red brick buildings, waterways, narrow lanes and many bridges of Hamburg’s historic warehouse district, you will feel as though you have travelled back in time. The vibrant flair of international trade in tea, coffee and other exotic products is omnipresent. The Speicherstadt historic warehouse district – Hamburg’s UNESCO World Cultural Heritage site – is brimming with life – more so than perhaps any other district in the Hanseatic city. Here, right next to the HafenCity harbour area, history meets cosmopolitanism, traditions of the past meet visions of the future.”

It’s certainly based in a good looking building, and they do an excellently priced lunch menu Monday to Friday with two courses (a starter or soup, and a main course), water and an espresso for a very reasonable €21.50 per person. It was relatively empty, presumably because it was a Monday in early December, but the lunch deal was still on. We ordered a glass of sekt and settled in to admire the interior design, and study the menu in depth. 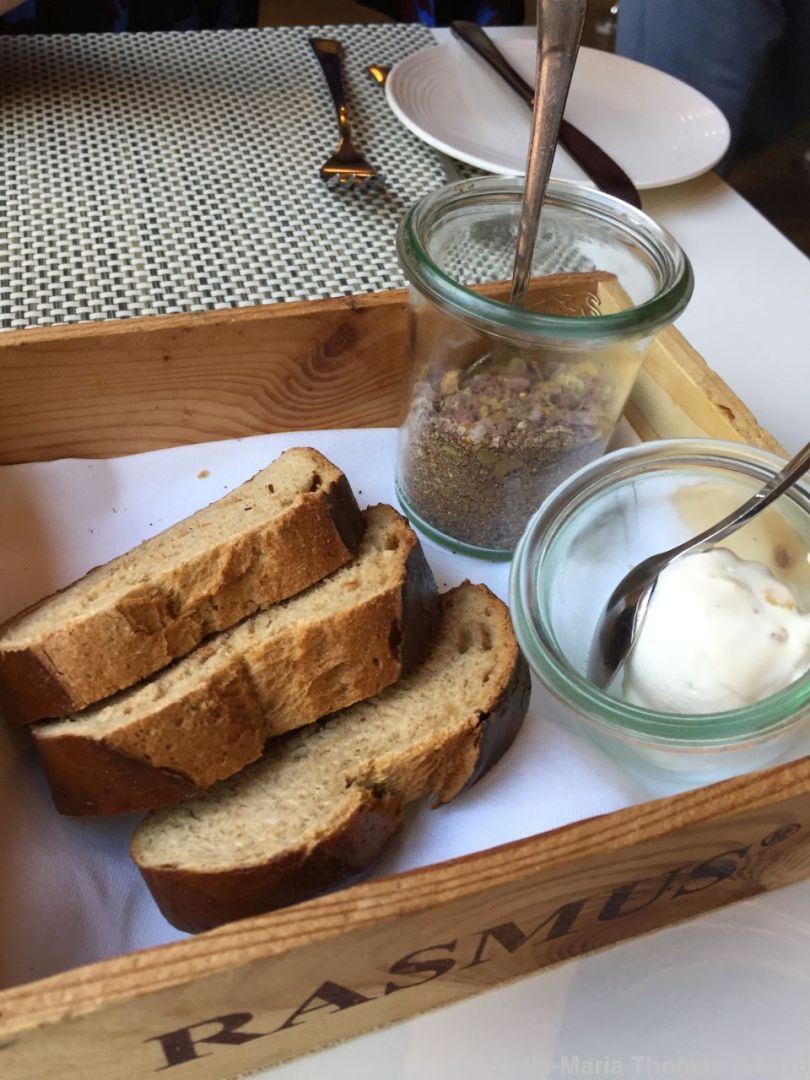 While we were trying to decide, they brought us some very good sourdough bread (we’d likely have been more surprised had they not), with some creamy cheese and a small pot of interestingly piquant seasoning. I was still being careful of what I ate, and so again had to back away from the sort of options I would normally have chosen and consider what would be most easily digested.

Thus I found myself eating a fish soup, mostly crustaceans I think, that was mild and pleasantly seasoned with saffron. It was also dotted with small chunks of very tiny celery stalks which I ignored (celery is one of the few vegetables I really do not like, finding it to be bitter and lacking in any interest at all unless it’s been cooked right down in a sofrito or similar). The soup itself was very nice (though not as good as the potato soup the night before – that would have taken some doing), and the sourdough bread mopped it up nicely. 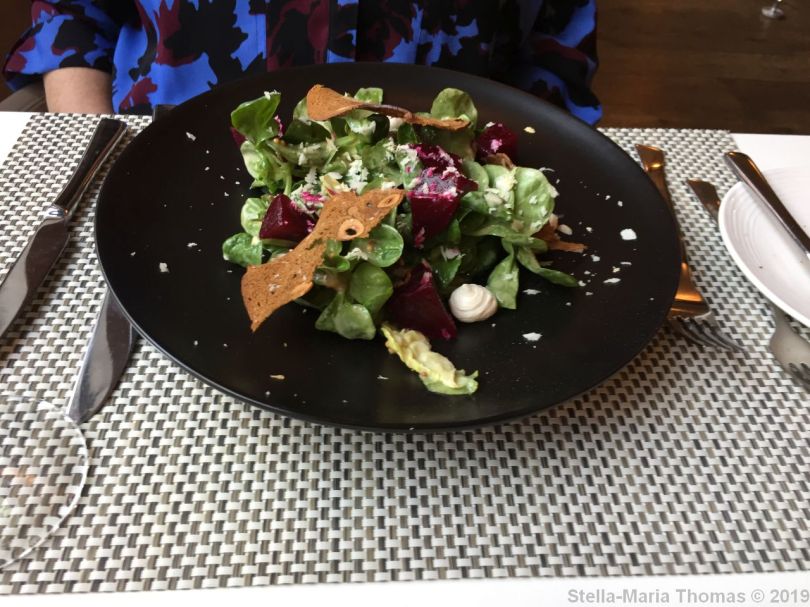 Lynne opted for the beetroot salad, which she liked. I did get a lovely chunk of the vegetable, finding it sweet and sticky and soft, just as beetroot should be, and not how it so often was when I was a child and the stuff was always served cold, pickled in harsh vinegar, and generally undercooked. No wonder I only found out I liked beetroot in later life!

For my main I had ordered the pasta dish, because it sounded fantastic. On offer was home made tagliatelle with a venison ragu, the pasta nicely rolled and cut and coated with the rich, dense ragu, the meat still in small cubes and seasoned beautifully with juniper berries and pepper. This was an Italian dish for a winter night really, and it was reminiscent of a meal we had in late October somewhere close to the Mugello race circuit on a cold, rainy night halfway up a mountain where in fact we also ate venison ragu. It’s something I’d be happy to cook myself sometime in the not so distant future. 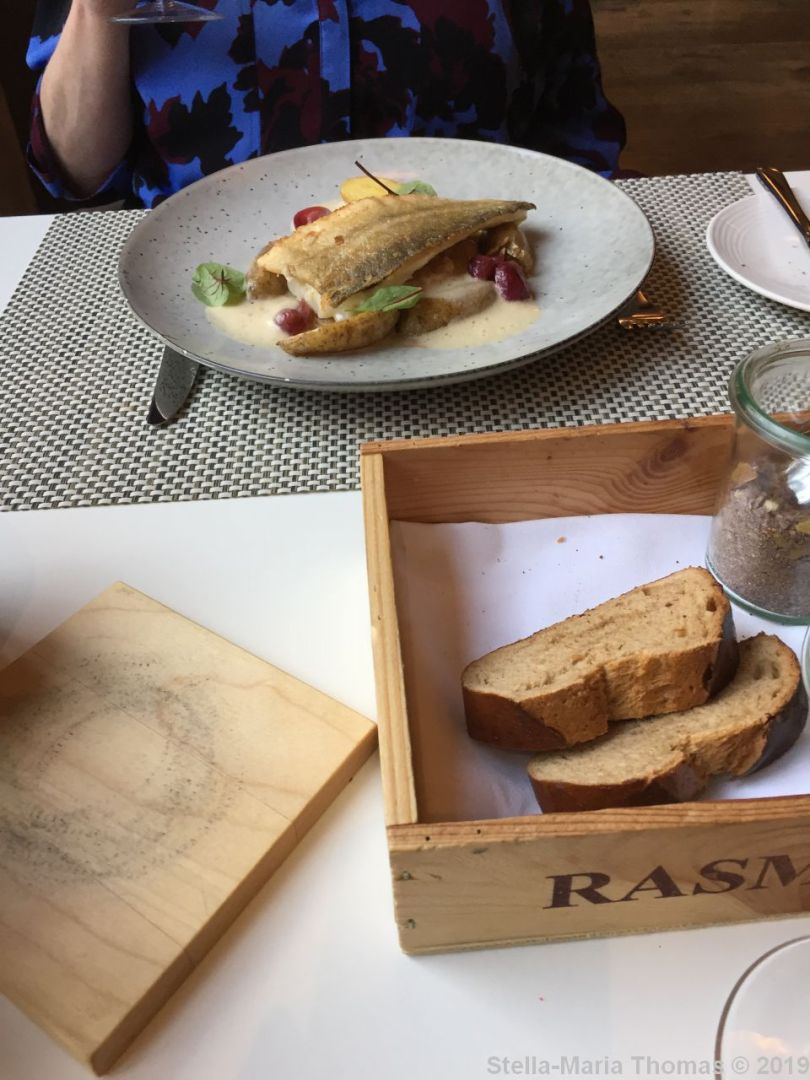 Lynne went for the fried fish, “Hamburg style”, which looked very good to me, served with a cream and grape sauce, and with lightly boiled potatoes. I could have happily swapped my ragu for that, but I was still content to eat pasta and be gentle with my digestion, especially as I was feeling sooooo much better.

We turned down desserts, and we also turned down the included espresso (I was beginning to crave coffee but feared it would be too harsh). And then, a couple of very comfortable hours later, we headed for the number 6 bus and the hotel. It was time to go home! 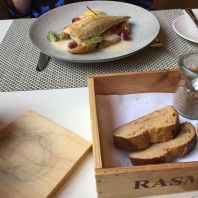 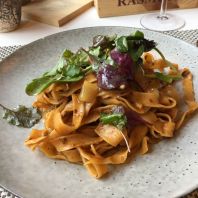 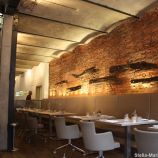 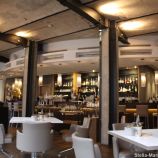 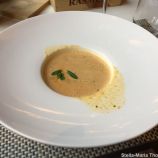 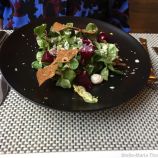 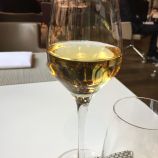