Jim, the architect turned up unexpectedly today and spent some time staring at the tree. He is still of the opinion that the tree could just go and no one will turn a hair.

Later on two separate tree surgeons turned up to inspect it.

One of them quoted me £150 to remove it but said they thought it needed permission from the town council to remove it. They weren’t sure who I would need to speak to (though actually I probably am sure after James did all that helpful research for me on Tuesday).

The other tree surgeon took a completely different approach and said he could see no reason why we couldn’t remove what was obviously a self-seeded tree, rather than something that had been deliberately planted. He also pointed out that the building work will mean it dies anyway if we don’t remove it, and that there is then a risk it might fall onto the footpath that runs alongside our property. As he said, it definitely needs to go.

He then quoted me £500 for the removal of it and all the hedging, and said that he might be able to remove it this week. He just wanted to check that we’re not in a conservation area (I’m pretty sure we’re not – again thanks to James) and to see if he could rejig his schedule.

I’ve now triple-checked the response to our planning application and I am now 100% certain that there was no mention of any of the greenery planning officer was of the opinion that the tree was growing from our garden. It’s not even a nice tree, anyway, and it’s been hacked repeatedly down the side that hangs over our garden, so it won’t be a loss. I will happily plant another tree if needs be, though it won’t be a silver birch, that I can guarantee. Not with all that pollen and the general fallout from it, it won’t.

And the tree surgeon says it’s definitely not in a conservation area, and he’ll be happy to remove it on Friday.

I think I need a drink. 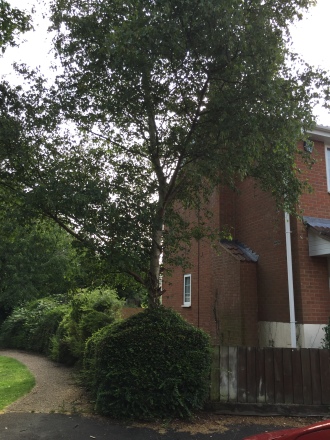 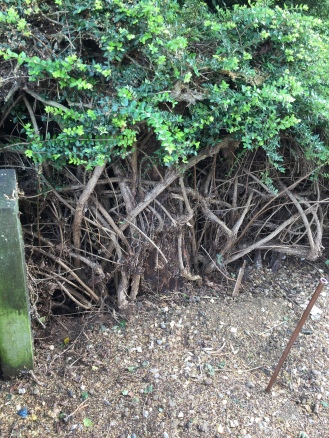 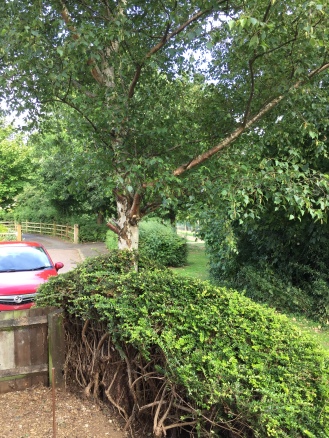