It’s been one hell of a two weeks. It started on 2nd November when the plasterer was due to start. Except that the plasterer couldn’t come because he was busy getting a Covid-19 test, which would take at least two days to come back. So he certainly wouldn’t be starting when we’d hoped. For good measure, we were due to have the new windows fitted on 5th November, except that the material needed to make the profile was not available, and was not expected to be available until at least the 5th. Which meant that the windows could not be put together, and thus could not be delivered. We would have to wait without windows during what was forecast to be a very cold week. Sheets of plywood really do not have the same insulating properties as a decent double-glazed window unit… 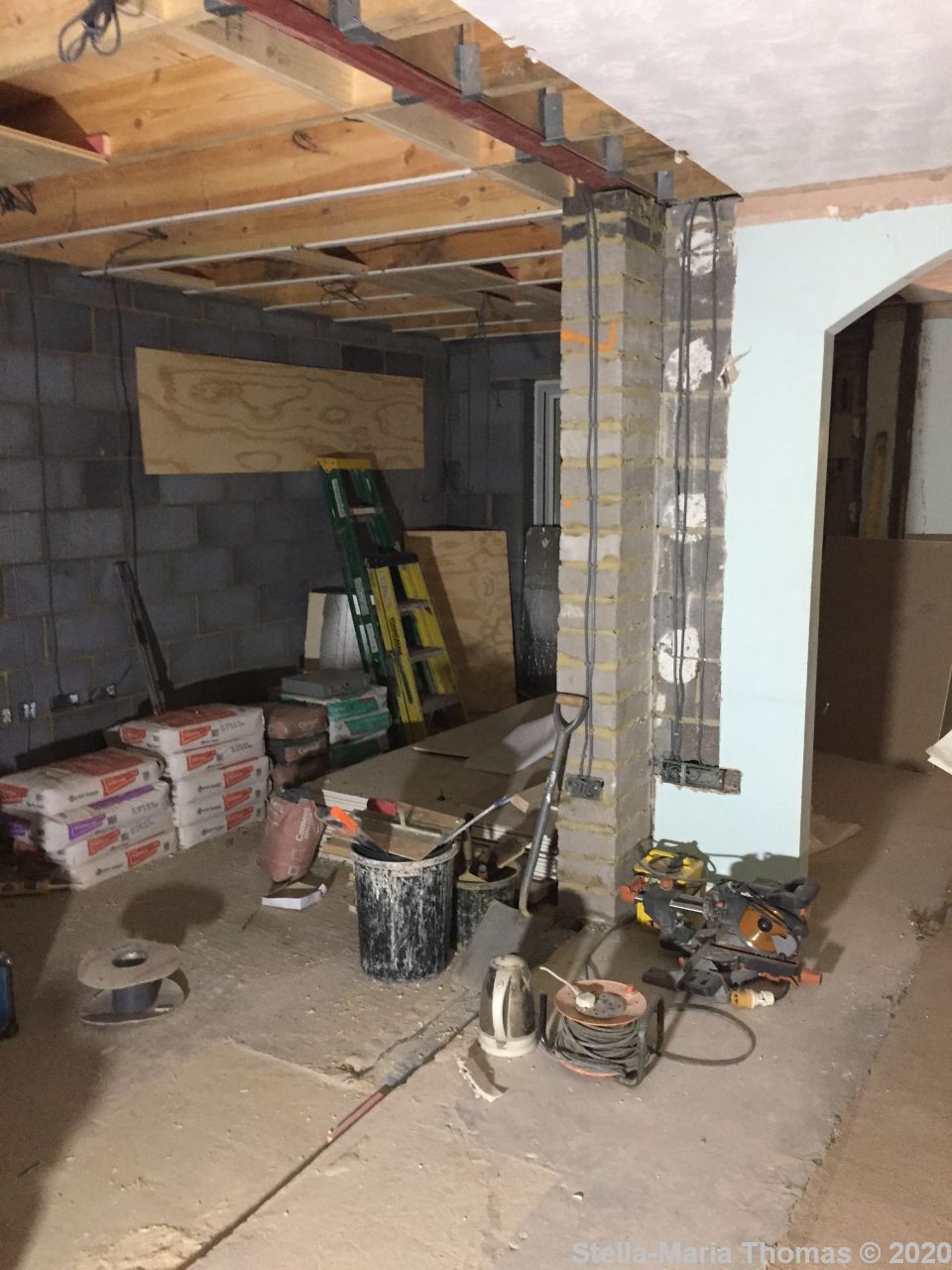 So there was little to no likelihood of getting our windows in on schedule. Dave and Darren, meanwhile, cracked on with what they call dot and dabbing, otherwise known as dry lining, and the downstairs rooms started to take shape. The problem was that they could not finish the window openings, because the glass needs to be in before they can do that.

They had at least fought the pocket door framework to a draw, if not into submission, and that meant it was ready to take the glass panel that will be the entrance to our new dressing room and added ceiling plasterboards to the upstairs rooms. While all this was going on, and we were cursing the window people, the bi-fold door company called to say that they might actually be coming early to fit the new doors to the back garden. They’d originally said the 5th, but were expecting the delivery on the 4th, and assuming they were the first drop on the route, could they come straight over and fit the doors? They most certainly could.

Infinite Windows and Doors have been brilliant to deal with, and they turned up as promised late morning, working through to fit the frame and then the panels. We had one window/door out of 6, and that was one where we had sourced and organised the end product. The building contractor was not looking quite so smart in the glass/doors department right about now.

Meanwhile, the electrician was still driving me to thoughts of murder at worst, maiming at the very least, with his complete inability to bother to read the plans or to actually plan at all. He kept having to rush off to Screwfix to get bits he would have known he needed if he’d actually read our carefully designed plan. Because that was what we wanted him to do…

The builders moved downstairs and began dry lining the walls in the lounge and the dining rooms, and also managed to create the second archway between the two areas which meant that the room no longer looks lopsided. On the none-progress side, however, on Wednesday it turned out that the plasterer had got Covid, and he’d managed to give it to half the rest of the team he works with. The contractor was going to have to find a new team of plasterers. With lockdown 2.0 taking effect on the Thursday, there was a chance this might not be as easy as it should have been. We also got the unwelcome news that the windows would not be ready on the 5th. We might have them on the 11th. We decided not to hold our collective breath. We’ve seen Grand Designs. We know how this goes.

The following week the last of the carpet was removed, the ceilings and walls downstairs were readied for plastering, and we were still waiting for the windows and any positive news of plasterers. I had, at least, taken delivery of the rest of the light fittings we wanted, and we’d bought an electric wall mounted fire to place in the fake chimney breast, which was yet to be built. That would happen a little later. At least the old cement floor on the pre-existing chunk of room turned out to be OK. There had been some very odd lumps under the carpet but those turned out to be the carpet underlay which had started to disintegrate. That was a relief because it meant far less work would be needed before the flooring can be laid. 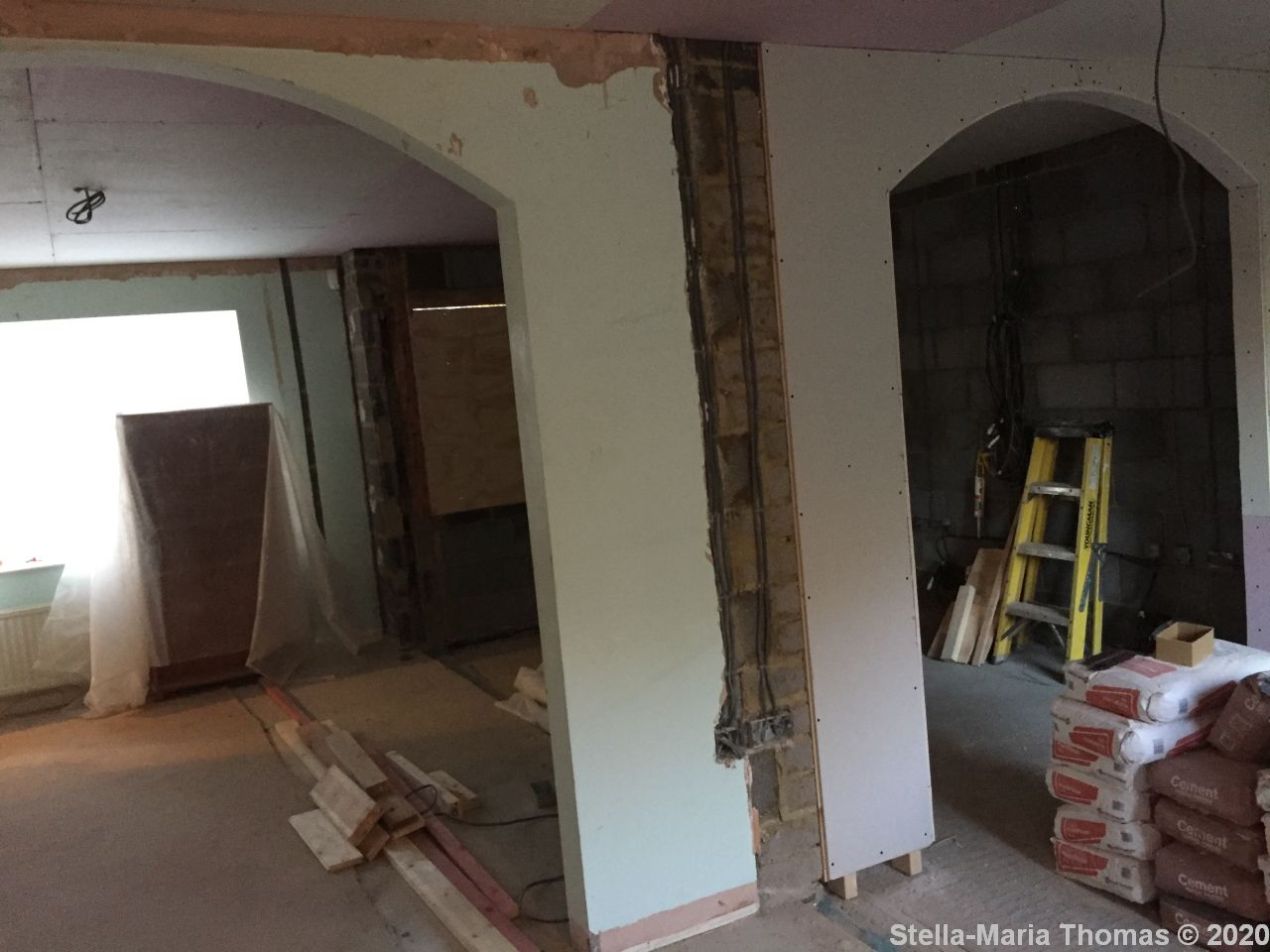 The 11th came and went, but the windows didn’t. There was a rumour that they might be available on 17th November. A team of plasterers had also been found, but they wouldn’t be starting until 23rd November. It’s all getting perilously close to Christmas now, and I’m starting to twitch a bit about it!

By 16th it was clear we’d not be seeing the windows that week. However, at least a lot of the dust-creation process was now done (there’ll be more when the damned electrician returns for the second fix and I know he’ll not keep the area as clean as the builders do because he’s disorganised and chaotic and the only tools he has to clean up after himself with are a dustpan and brush), and provided the new batch of plasterers don’t do anything daft, we’re beginning to edge towards the end of the process. Who knows, I might even be able to ask the removers to bring our stuff back before the end of this year! 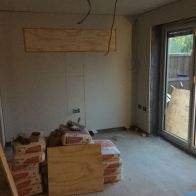 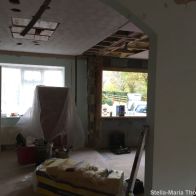 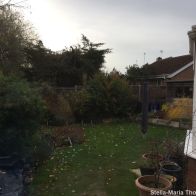 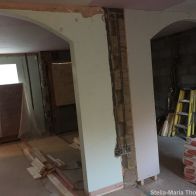 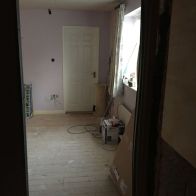