The Ikea saga continues… We’re still short of two drawers and four shelves. The customer service representative promised me my order (as lost by DPD) would be sent out from the Milton Keynes branch on Monday. Short story: They weren’t.

Milton Keynes had apparently put the order on hold. They didn’t bother to tell me they had put the order on hold, which might have been helpful. Instead I had to telephone them again on Tuesday morning to find that out. Even that wasn’t easy. If you went onto the Ikea website this morning they were insisting that the phone line was not available, and I would have to email. As I’m still waiting for them to email me back from an email at the start of this fiasco, that did not seem like a sensible choice. Luckily, I had written the phone number down the previous day so I was able to call them anyway, because they weren’t letting on about having a phone number anywhere on the website this morning. As before, at 07:01 I got straight through and eventually found out what was happening. The only option available to me was to have the order re-ordered for the second time, for delivery from their central warehouse, by DPD… and the earliest I can have it is 24th February. I am not impressed but as we’ve got most of the wardrobes completed now, there’s really no other option than to bite the bullet and wait. 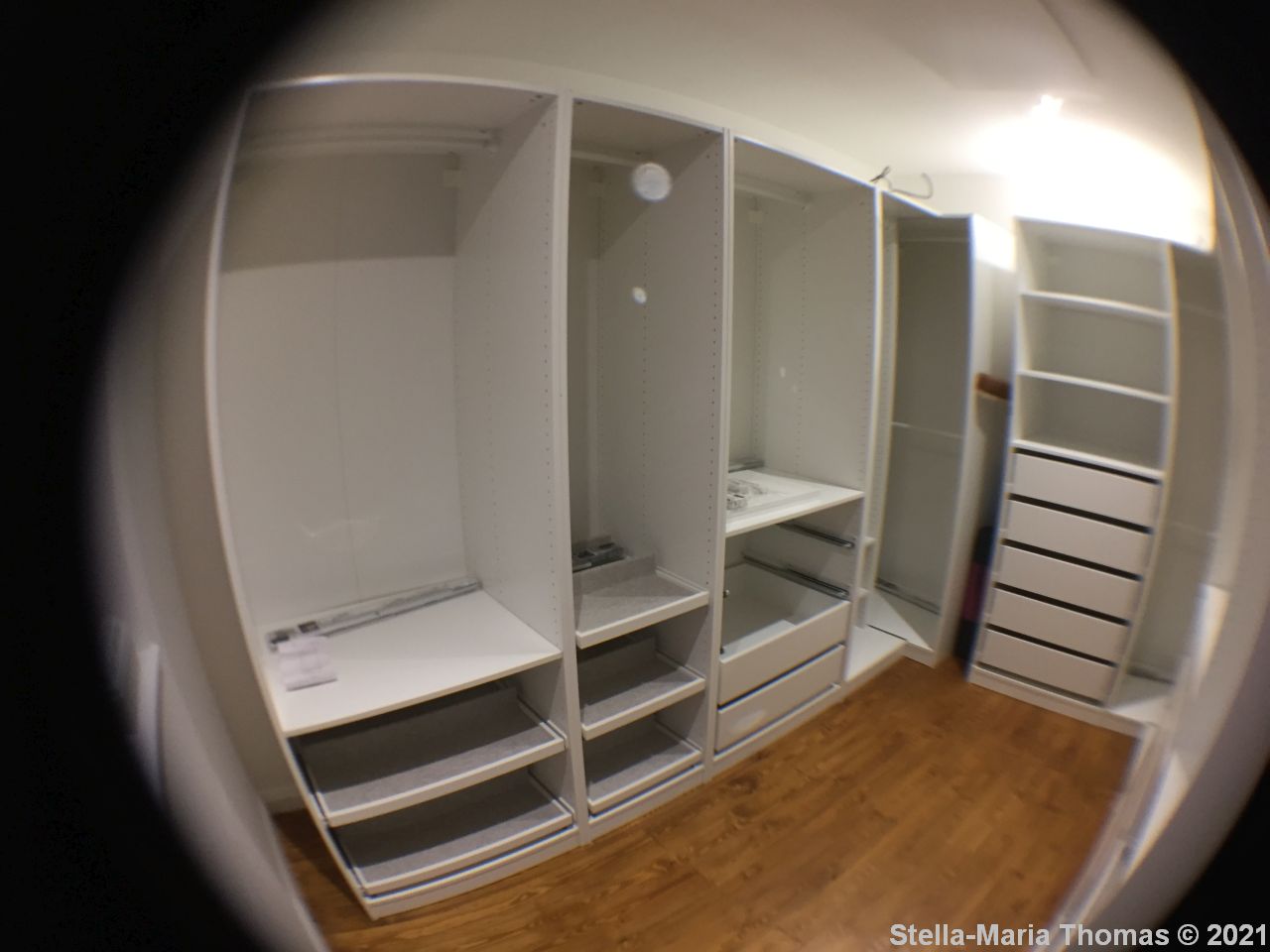 I’ve downloaded the DPD app this time so at least I’ll be able to see where the delivery driver goes instead of coming to us if they pull the same stunt as last time. I can’t see how that helps me, but hey, it’s what I was told to do. I suppose I could have seen where their driver was when he wasn’t coming to us. 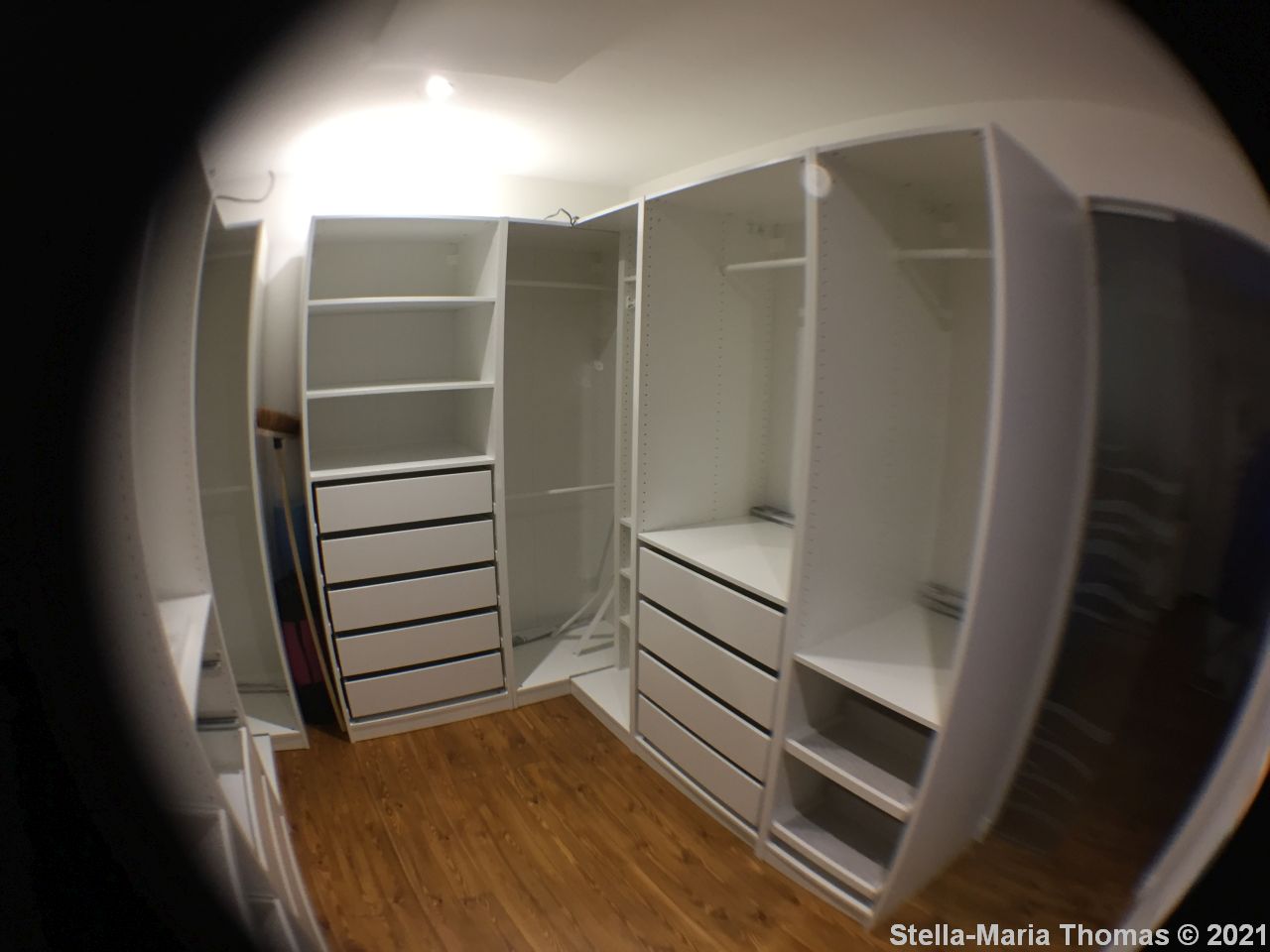 In other building news, on Monday the coving finally arrived and was installed downstairs – it took most of the day and revealed that the old walls and ceiling are not level. Getting it to go on so it looks straight was trickier than it perhaps should have been. It was also treated to its first coat of paint. While that was drying the lads bolted the wardrobes together so that everything stands nice and straight and stable which makes me happy because we’re edging ever closer to getting at least one storage unit emptied. In the evening the electrician arrived to measure up for the LED strips (which I thought he had sourced a while back but hey, why get organised in advance when you can leave it all to the last minute and then have to panic). He did ask if we still wanted to go ahead. It was hard not to resort to sarcasm… no, we had this coving fitted with a gap just for fun! Of course we want it done, you giant muppet! 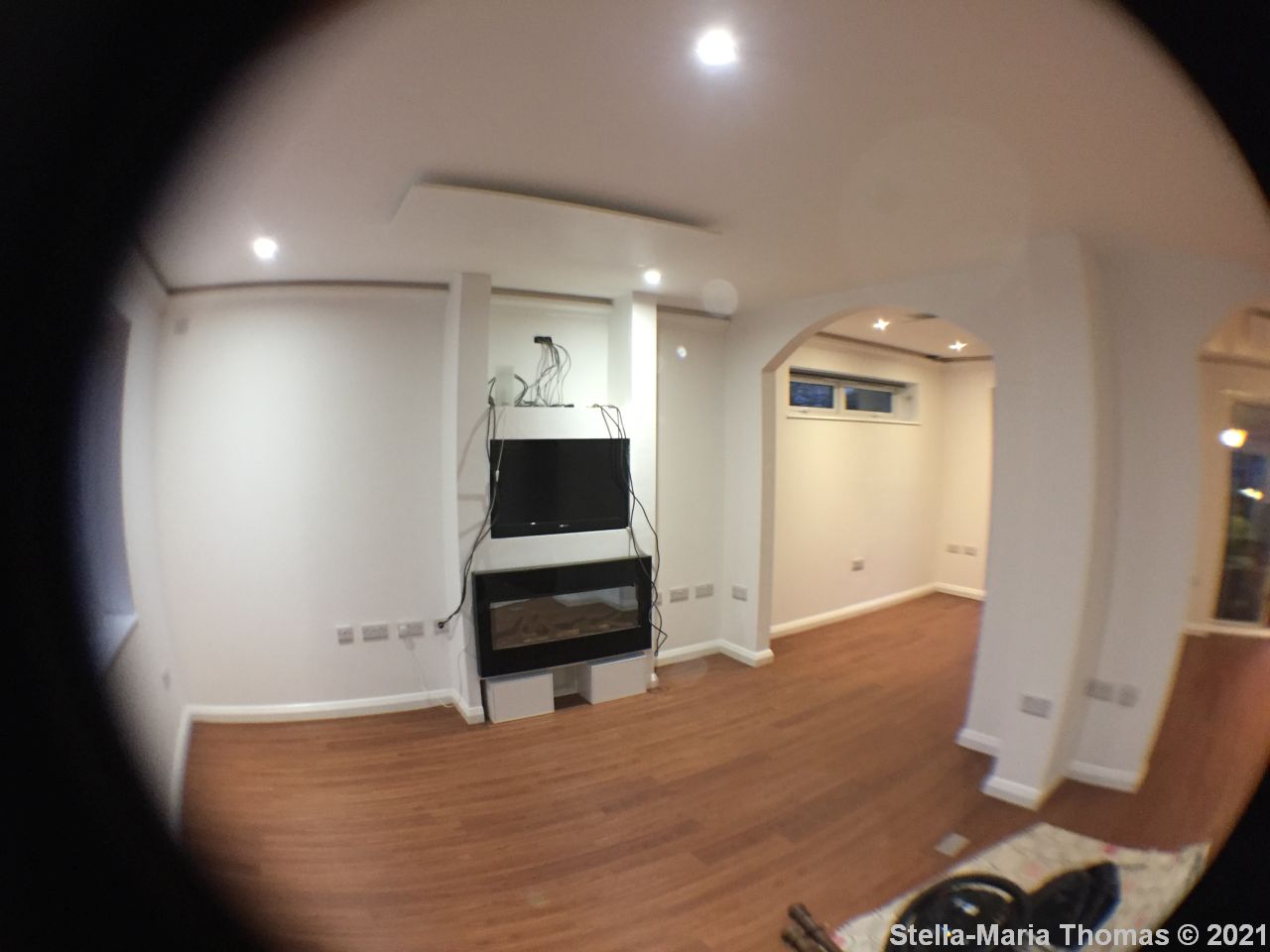 Tuesday saw just one workman, Darren, who was busy putting another coat of paint or two onto the coving. He also found time to use his stronger hands to push the wardrobe hanging rails into place so I didn’t have to. Finally, he put the headboard back onto the wall in our bedroom, so things are now looking a lot more complete. Just needs the lighting doing now… and then we can get on with the porch! 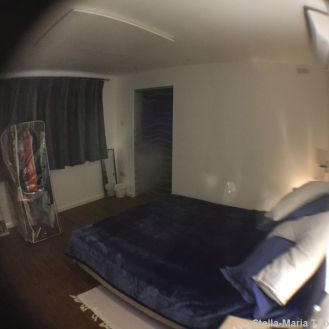 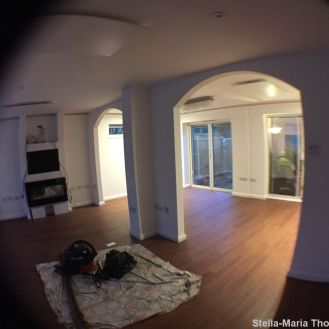 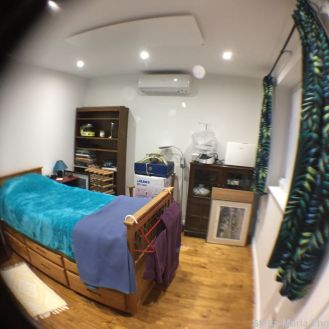 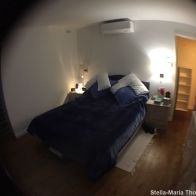 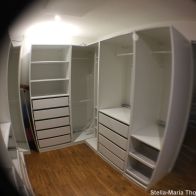 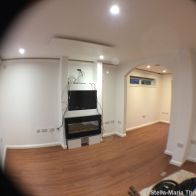 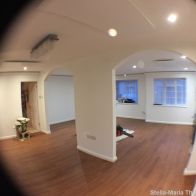 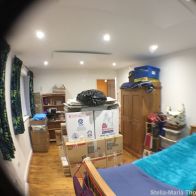 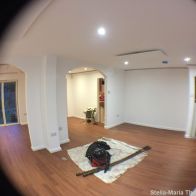 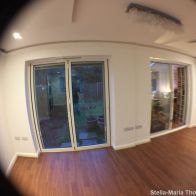 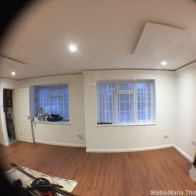 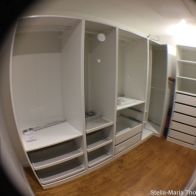 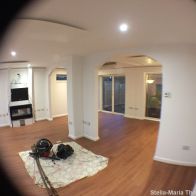