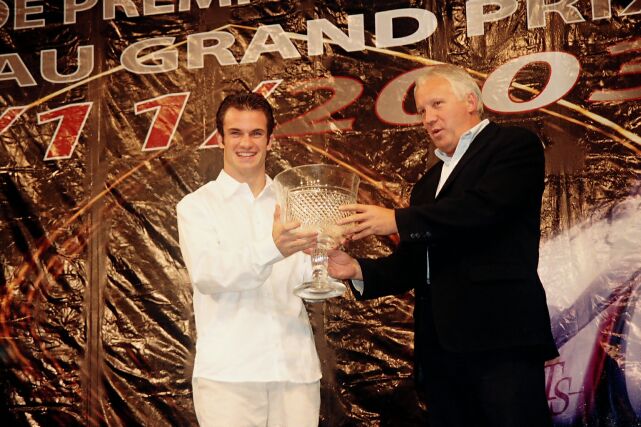 Sunday, of course, is race day with all that that implies, and includes as ever lots of behaviour that the Western drivers consider very odd. This includes a lion dance on the grid, before the drivers are all lined up to meet the various local dignitaries. The races were interesting, though I feel for James Courtney after he lost out so cruelly. Nicolas Lapierre, on the other hand, was beside himself with joy, and was still beaming like an idiot at the prize giving dinner (yes, the fourth free dinner in a row) at the Macau Tower afterwards. Mind you, given the amount of silverware he will be taking home with him, he’d every right to look pleased.

The prize giving dinner was every bit as good as we’ve come to expect, and there were more fireworks afterwards. And after the fireworks, there was even more fun, because the coach driver we got couldn’t find his way back to the hotel. How he can possibly not know where the Landmark is (on an island that’s only a matter of a few square miles) is beyond us, but he has to stop at every junction and find someone to ask the way! We all gave him a round of applause when we finally got back – which seemed to worry Ryan Briscoe a bit, because he was standing on the pavement outside the hotel as the bus drew to a halt. We explained it to him though… and just when it couldn’t get any stranger, we found the two mad Italians, Davide and Max, outside clutching the broken nose cone from one of the Menu cars. They claimed they intended to ship it back to Italy and use it later!

We wandered round to the Holiday Inn bar for a quick drink, but no one else was in there and the appallingly bad cover-version band quickly drove us out – and so to bed!

Oh, and the funniest story of the day? The failure of Narain Karthikayan to go home to India. Not feeling at all well, and running a temperature, he fetched up at the jetfoil terminal, en route for Hong Kong and the first India-bound 747 out of there. Of course, he promptly set off the screening equipment at the terminal, the locals decided he must have SARS, and before he knew it, he was in a white anti-contagion suit, and in the back of an ambulance being whisked off to the isolation ward. They later decided he hadn’t got SARS, and let him go, but by then his flight had gone and there wasn’t another one till Tuesday. This story was related by Piers Hunisett with rather more glee than becomes the kid’s manager, and was all over the paddock in no time at all… The real irony of this was that Narain is such a hypochondriac that it was a miracle he hadn’t decided of his own volition that he’d got SARS. The doctors in Macau suggested glandular fever, but it later transpired he’d somehow caught dengue fever… 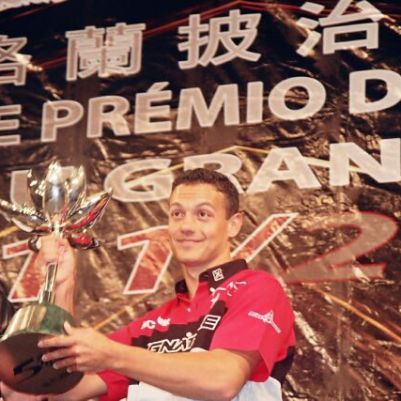 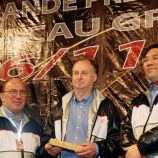 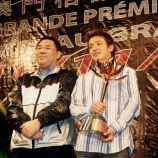 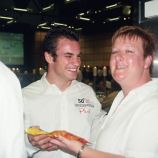 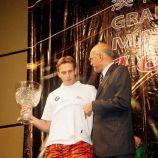 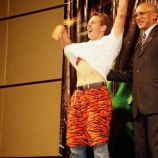 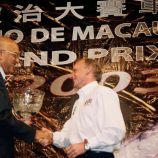 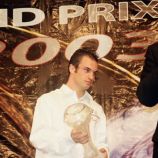 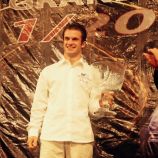 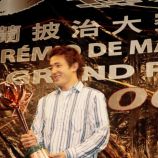 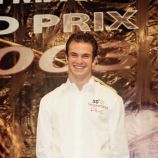 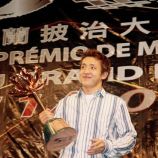 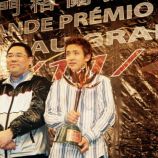 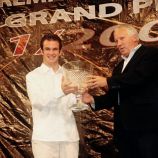 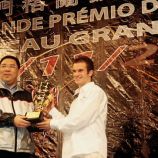