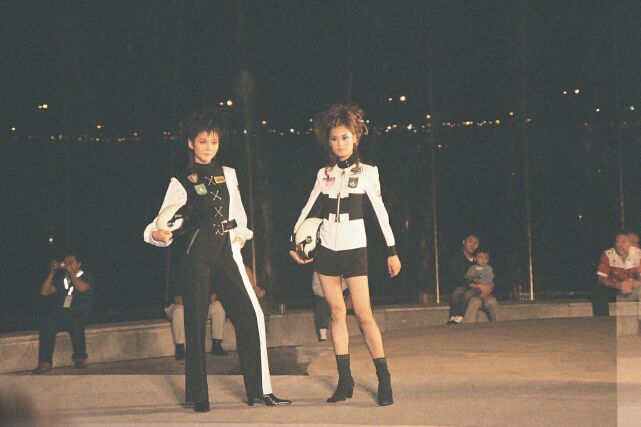 Saturday is motorbike day – and we’ve all agreed we’re not going out there while they are on the loose, so we arranged to have a late start, not bother with breakfast and then do lunch at the Clube Militar de Macau, which is a very splendid, very colonial institution. This month they were running a special Portuguese buffet, along with a wine buffet, for a very reasonable price, so lunch turned into a long, boozy affair, especially when we discovered the two Portuguese TV men doing exactly the same thing. Eventually we lurched back to the hotel, taking a taxi… Talk about decadent; it’s less than a mile I suspect, but the humidity was high and it’s not pleasant walking about in those conditions.

In the evening we trekked across to the GP Club Party, as usual at the Taipa Houses Museum, which had an associated fashion show by a variety of young Macanese designers, all of whom took the Grand Prix as their theme. This was the usual mix of the godawful and the actually rather wonderful, so I took quite a lot of photos. We also ran into an F1 driver of our acquaintance, who clearly remembered us both, though equally clearly never did work out that we don’t really like him, and so we spent quite a bit of time trying to avoid him! The party fell oddly flat this year for some reason – possibly because they were only serving beer (which I can’t drink unless I want to spend the night awake, in pain and possibly projectile vomiting) and not wine. I managed to snag one glass early on but after that there simply wasn’t any anymore. The result was that we retreated to the hotel quite early, clutching yet another set of souvenir pens/stamps/badges, and got an early night. 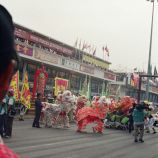 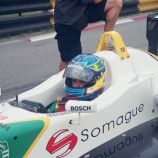 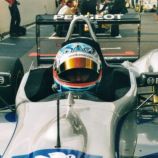 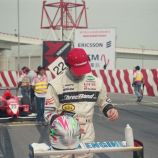 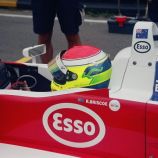 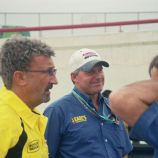 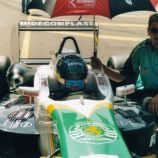 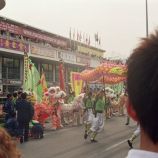 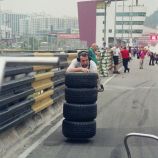 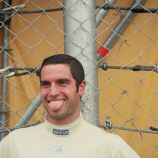 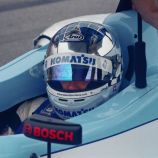 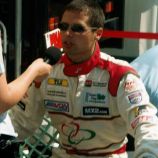 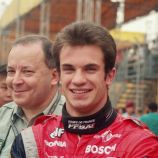 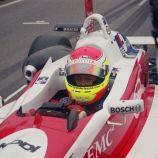 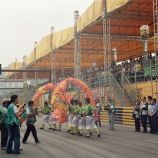