Time to blog (or even ramble I think) about the 2011 Macau trip (and time for my audience to run away screaming perhaps). Anyway…

We set off late on Saturday evening, flying out at 21:05 with those very fine folk from Air New Zealand. Now long haul flying is never that much fun if you need to go economy, what with cramped seats, everyone jammed in and staff looking down their noses at you because you can’t afford/don’t want to upgrade to Premium Economy at least – except it’s just not like that with Air New Zealand. Emma, one of the crew, was an absolute sweetheart and we spent a lot of the flight talking about running – which was just as well as we’d run out of sleeping pills and neither of us had had time to go to the GPs to beg for a fresh supply. Despite her claims to the contrary Lynne can sleep pretty much anywhere, and I used to be able to but can’t anymore. The upshot of that was that I nodded off now and then while watching films – A Single Man (which I liked very much), part of The Big Sleep because I know it well enough not to worry if I don’t see all of it, around 20 minutes of The Tree of Life which I gave up on in a fit of annoyance as it’s very, very beautiful but seriously pretentious tosh and in the end I couldn’t handle it, and Beginners, which I again enjoyed a lot. By the time all of that was over we were landing in Hong Kong and it was time to head for the direct ferry terminal, there to wait for the 19:50 sailing direct to Macau and hopefully to meet up with William, Elaine and Lorna, the Hulse family coming in from Manchester via Paris. Given the tough time they’ve been having of late we hoped they’d not be delayed too badly, but we had a fallback plan to meet in Macau at the hotel if necessary.

The crossing was uneventful and the food less odd than it sometimes is, and our luggage made it as did the Hulses.

However we then all hung around in a massive queue at the Macau terminal waiting for them to hand the bags over for almost an hour, which I could have done without. By then I’d been awake for 35 hours straight and all I really wanted to do was find a cab, check in and fall over at the Pousada de Mong-Ha. Plans to go out to dinner were on hold – we’d settle for whatever the hotel could offer. Because it’s run by the IFT – the International Tourism School – there’s no one to run the kitchens at weekends so the best they could offer were sandwiches (Parma ham or smoked salmon) and cake – what the young man behind the counter kept calling “chocolate mouse cake but which was actually of course a chocolate mousse cake. 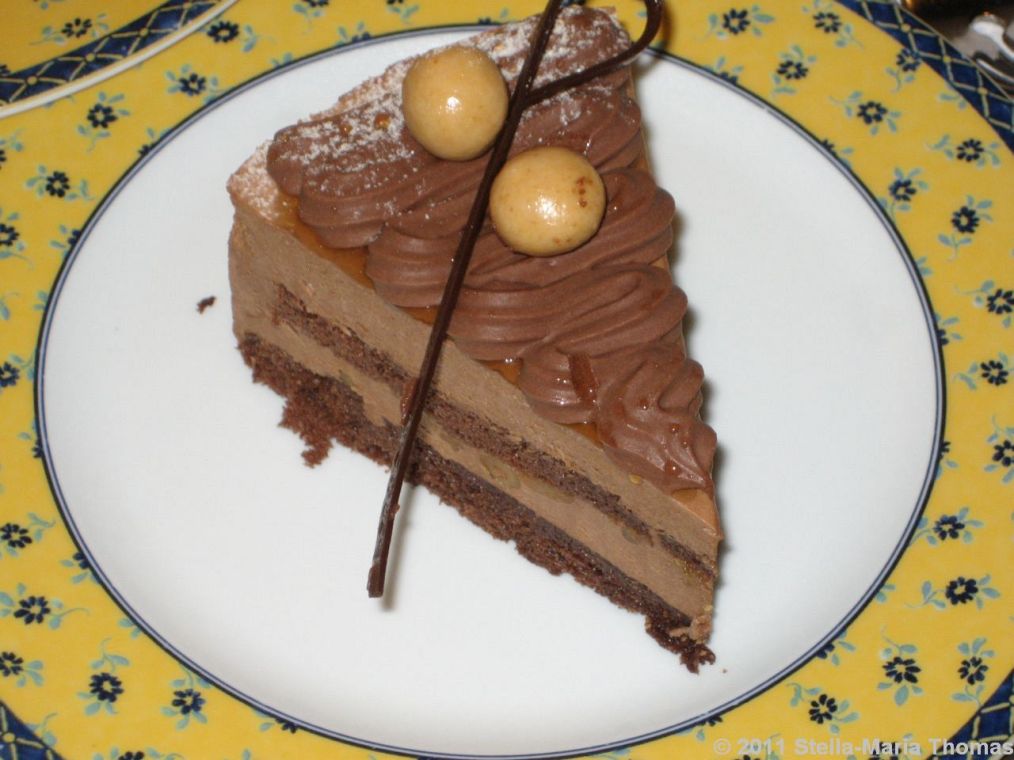 We raided the minibars for beer…

…unpacked, ate our sarnies and cake and fell over – to sleep solidly for 9 hours!