Monday morning wasn’t anywhere near as painful as it could have been for some odd reason and when the alarm went off at 9 am we both got up cheerfully enough and wandered down to breakfast. The IFT breakfast’s are not the biggest spread you’ll ever find but – and this is important – they are lovely, with freshly ground coffee, teas of many sorts, a choice of cereals, yogurts (mango seemed to be particularly prevalent during the week) and juices over to one side of the room. Along the opposite side fresh fruit is on offer, along with freshly baked rolls, home made jams, beautiful little Danish pastries and croissants or brioches and bread for toast if you should want it. There’s an egg station where willing young students will cook you a fresh omelette or scrambled eggs and then there’s the “traditional” “weird-arse” (term (c) James Courtney) breakfast with sausages, bacon, stir-fried noodles. French toast and tomatoes or mushrooms or baked beans. There’s also always congee or porridge with the appropriate accompaniments. It’s quiet and cool in the breakfast room and so we took our time, before retreating to our room to organise ourselves a little better ahead of getting a cab to pay a repeat visit to the Mandarin’s House, which we had enjoyed hugely when we discovered it in 2010. Macau these days is all neon dazzle, full-on casinos everywhere, and tacky nightlife – at least on the surface. It’s also still a working community with a long and interesting history that probably too often gets lost in the noise and the Mandarin’s House, tucked away unobtrusively down a side-street in the maze of streets on the south side of the island is a classic example. 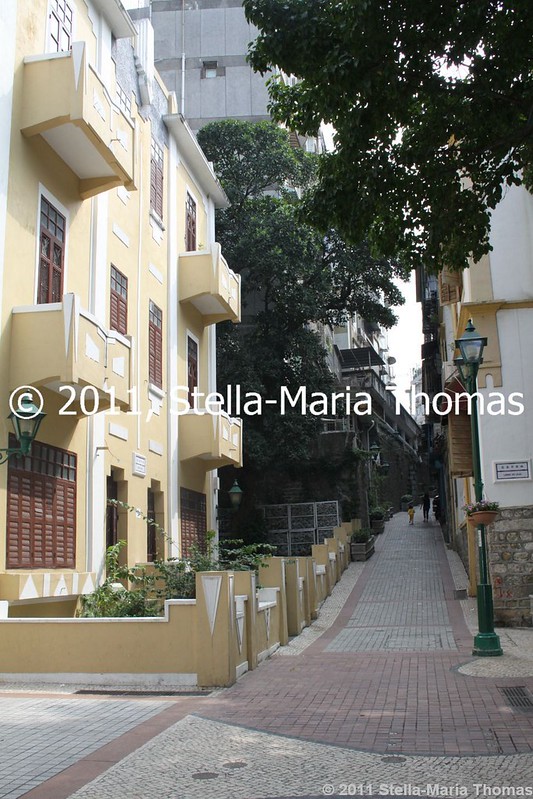 Lilau Square itself is a tiny square of colonial-style houses with leafy shady trees in the centre and these days bridal pairs looking for somewhere pretty and historic to take photos in. 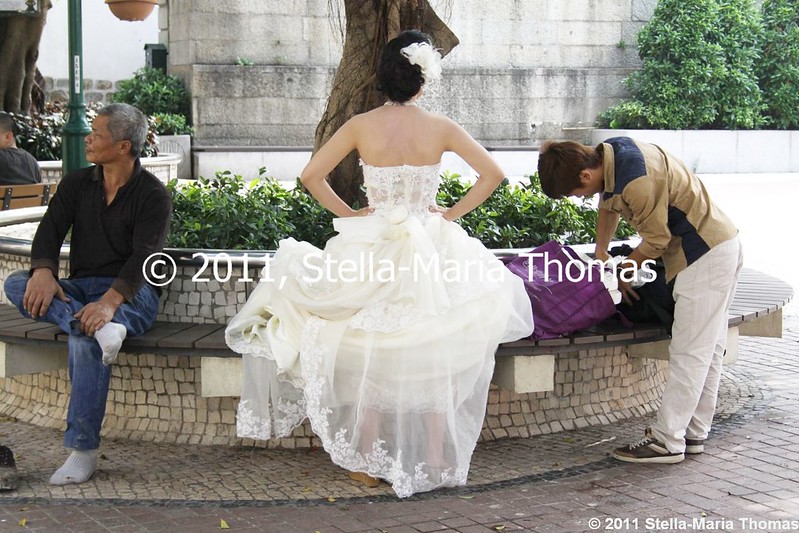 There’s no fee to visit the Mandarin’s House, but the man in the entrance hall will ask you where you are from and will make a note – and seem pleased if you say you are English. The place wasn’t quite derelict when the government took it over, but it was in a pretty sorry state, having been sub-divided and sub-sub-divided until it filled up with tenants. There followed 10 years of hard effort to restore it to its former glory, and a very remarkable job it is that the restorers have done. It’s very easy now to imagine what it must have been like when the Zheng family lived in it, in some style it must be said. 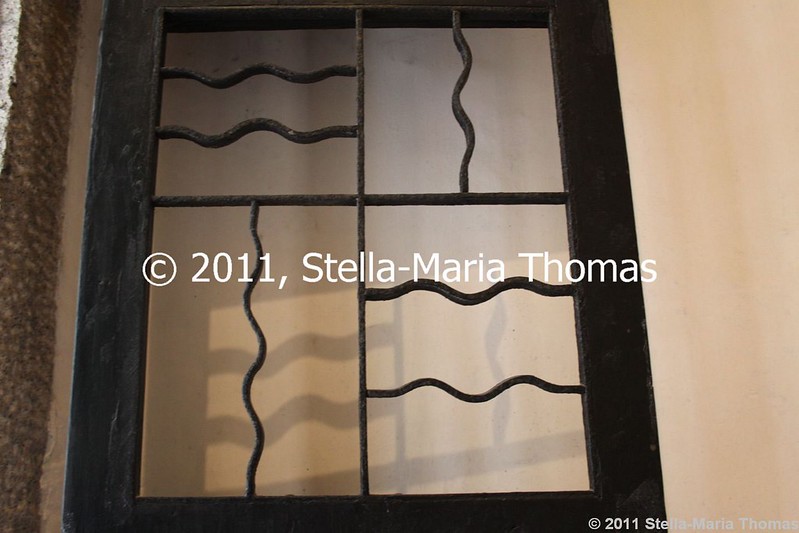 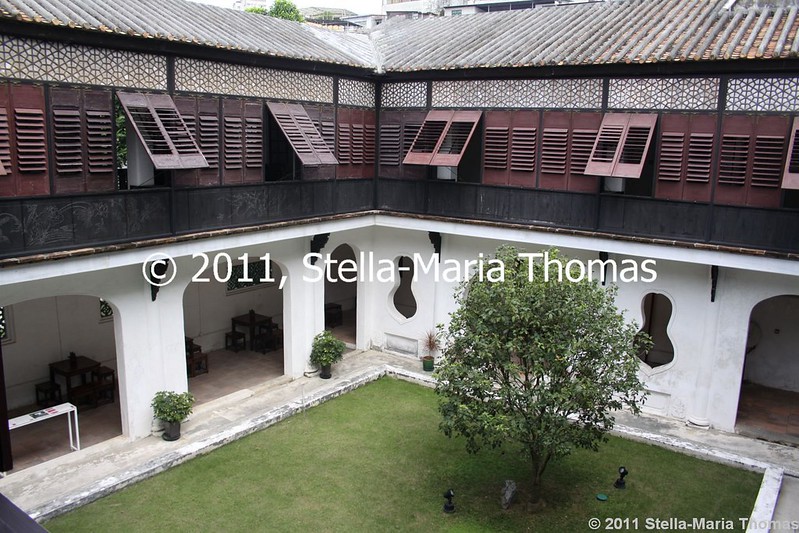 We wandered around the house investigating all the nooks and crannies we could get anywhere near before we finally decided it was probably time to head back to the main area round Leal Senado square so we set off to walk back through the old town area, being hugely entertained by some of the signs we saw, especially the bakery that was selling Portuguese Egg Tats, and in fact Tats of many other kinds too. 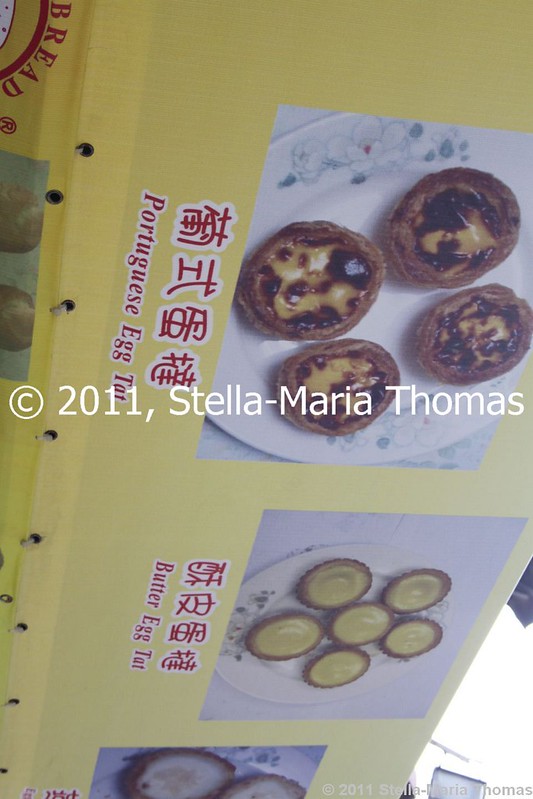 And then, just when we thought we’d seem all the interesting bits of the town that remain, we realised we hadn’t. Our first port of call was the church of St. Lawrence so we detoured via the gardens there and eventually into the church, which has a gorgeous ceiling and is apparently “the most fashionable church in Macau… first built of wood in the 1560’s, replaced by Taipa in 1618 and reconstructed in stone 1801-3.” It was once an ecclesiatical prison, it seems, with the prisoners housed in one of the two towers. It’s easy to see why it is fashionable as it’s lovely inside and out.

Further up the road we finally arrived at the complex of buildings including the splendidly baroque St. Joseph’s Seminary and Church (not open to the public), St. Augustine’s Square, Dom Pedro V Theatre (currently closed for renovations), Sir Robert Ho Tung Library which has a secluded and tree filled garden that people seemed to be reading in, and St. Augustine’s Church still organizes an Easter Procession involving thousands of devotees. Also, “in times past, during heavy rain, the priests used to reinforce the rooftop with fan palm leaves. Seen from afar, these leaves appeared to be dragon’s whiskers floating in the wind, hence the local Chinese named it Long Song Miu (Temple of the Long-whiskered Dragon).” 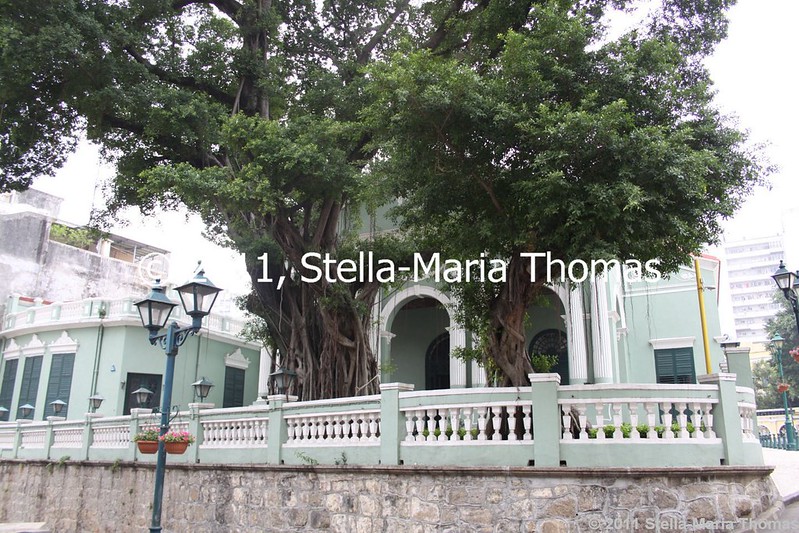 After that we were starting to feel tired, thirsty and in need of some sustenance. The Leal Senado Square used to contain the odd and over the top Singing Bean cafe, but that has been replaced and now your only choices on the square itself are (god help us) McDonalds or Starbucks, so we decided to see if we could get to the cafe we found last year up by the Museum but it was closed so we snagged a cab over to Fisherman’s Wharf, found there was less open there than ever and eventually staggered across to the Grand Lapa Hotel (the Mandarin Oriental as was) where we bumped into Johnny Mowlem and Andy Priaulx and after an exchange of pleasantries and gossip we fetched up in the Cafe Bela Vista. Beer and tapas seemed like a good idea and some lively lamb samosas and a plate of bacalhau balls (fish cakes to you) soon sorted us out. 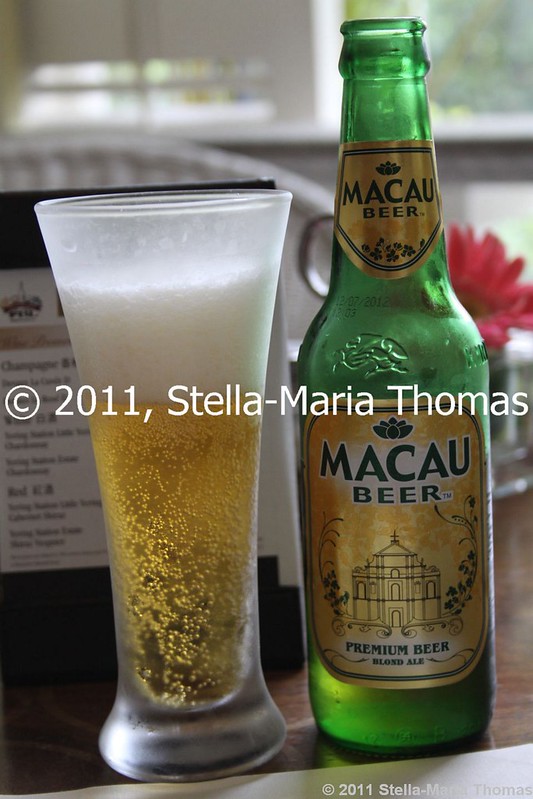 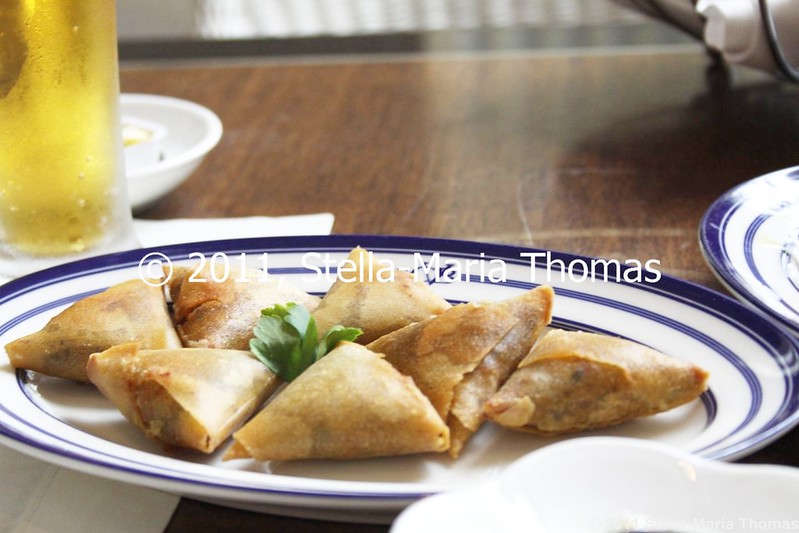 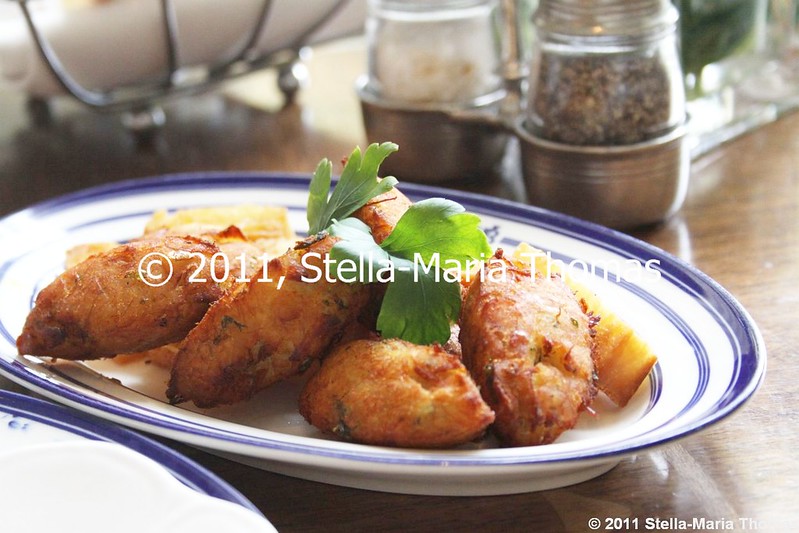 We grabbed a taxi back to the hotel and fell over, before establishing that the Hulses had been asleep all day. We made arrangements to meet them at the IFT Educational Restaurant that night for dinner because the idea of going “out” for dinner seemed like too much of a challenge for any of us.

Lynne and I rolled in there first for caiprinha aperitifs which was greeted with enthusiasm by the maite d’ as the students had apparently spent some time learning to make them just that afternoon. We drank them on the terrace watching with fascination the various runners, dog walkers, tai chi exponents, two women working through some routines with swords and then fans, and then scarves and other individuals who use the Mong Ha Park for exercise. 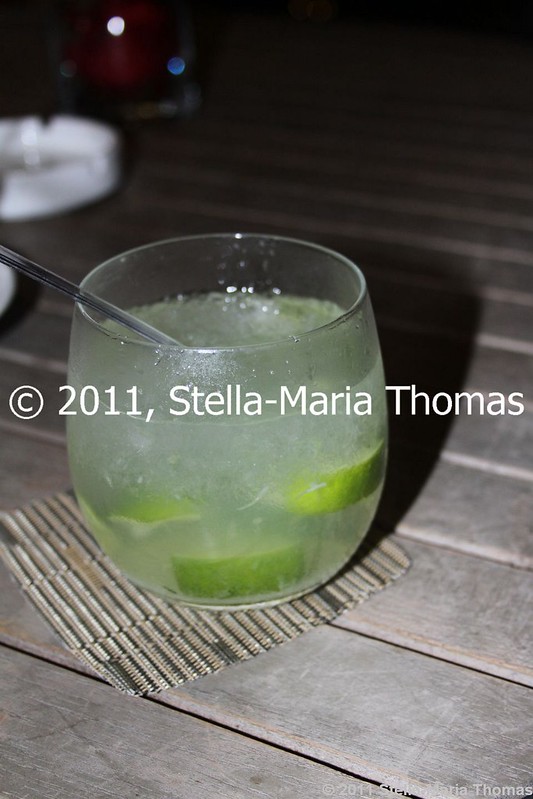 When the Hulses finally joined us we embarked on a serious study of the menu which resulted in me having mussels in a cream, leek and saffron sauce as my somewhat labour intensive starter followed by sole, which was as near perfect as I’ve ever had. After that desserts seemed implausible so I opted for the non-intellectually challenging cheese selection, though to be fair it didn’t stop those in our party who had been asleep all day from going for gooey goodness! 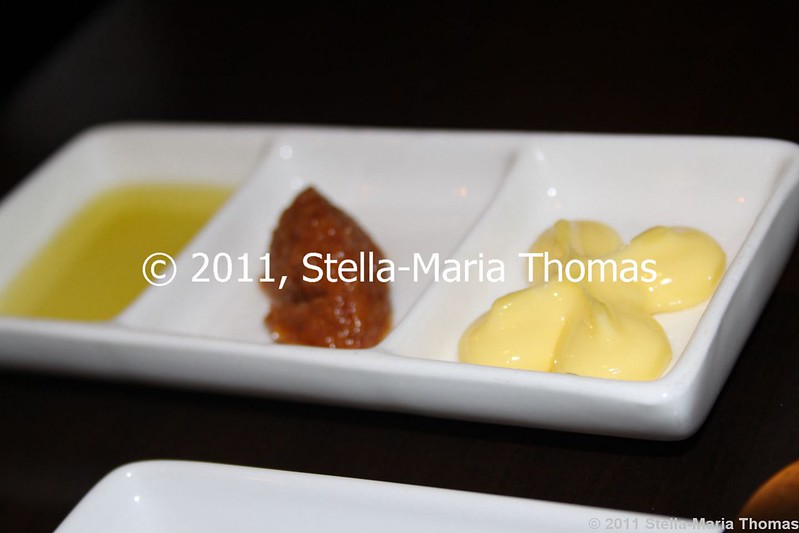 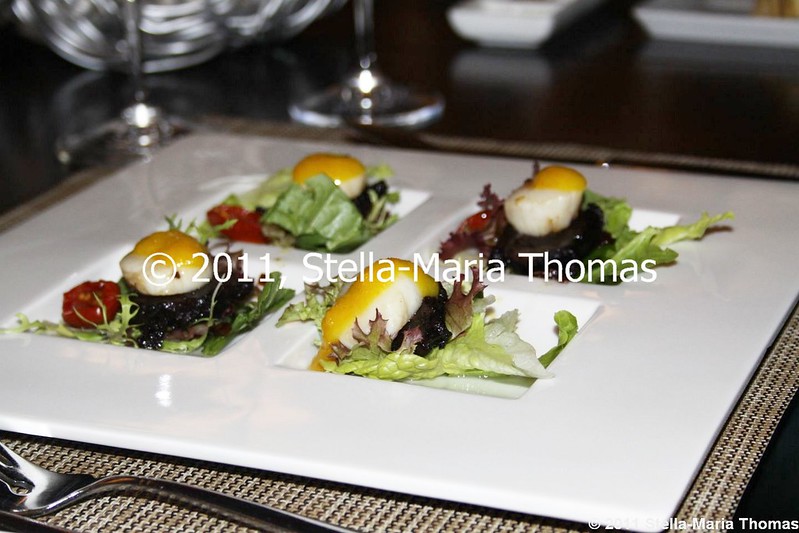 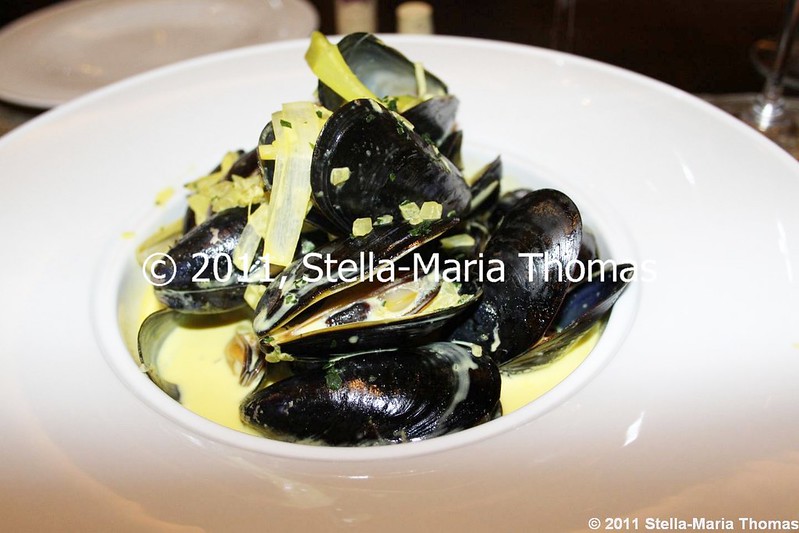 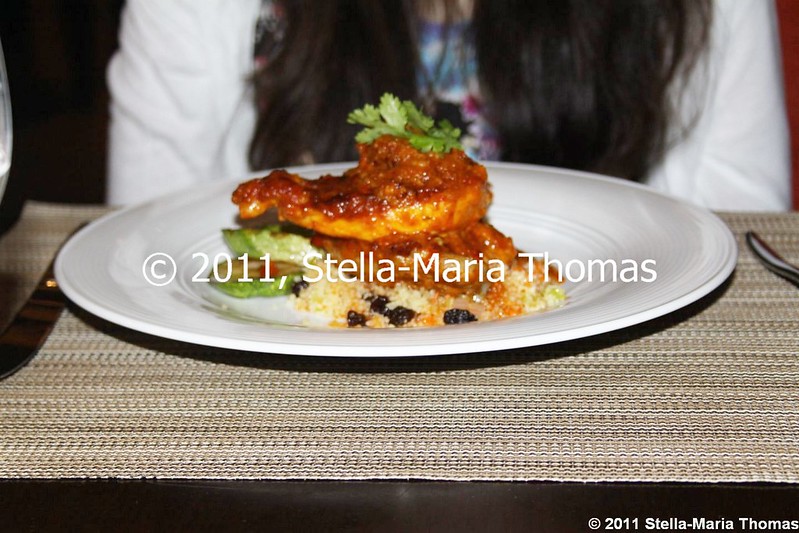 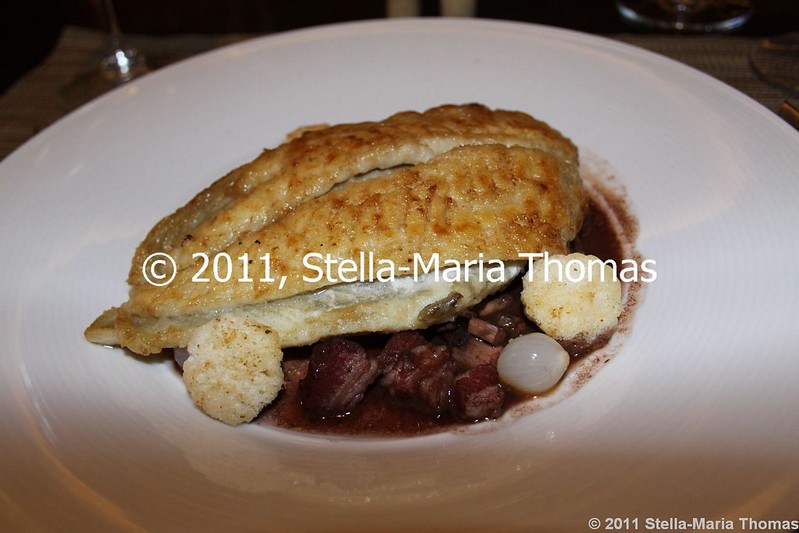 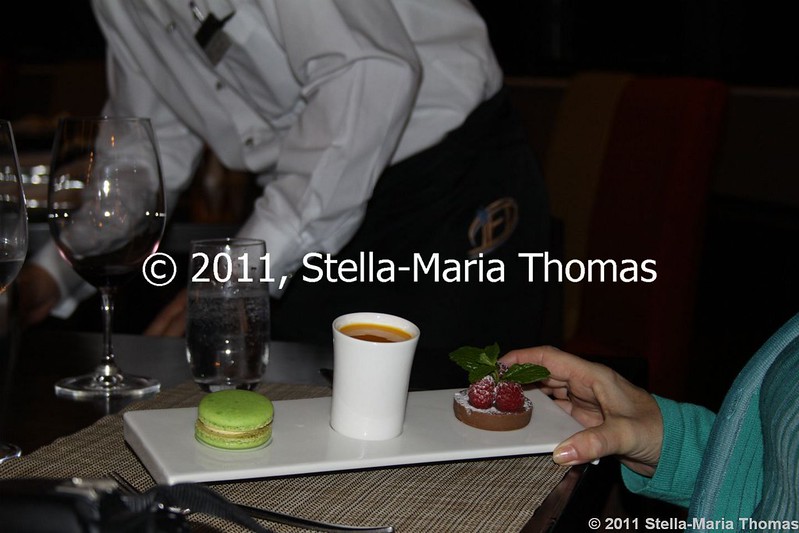 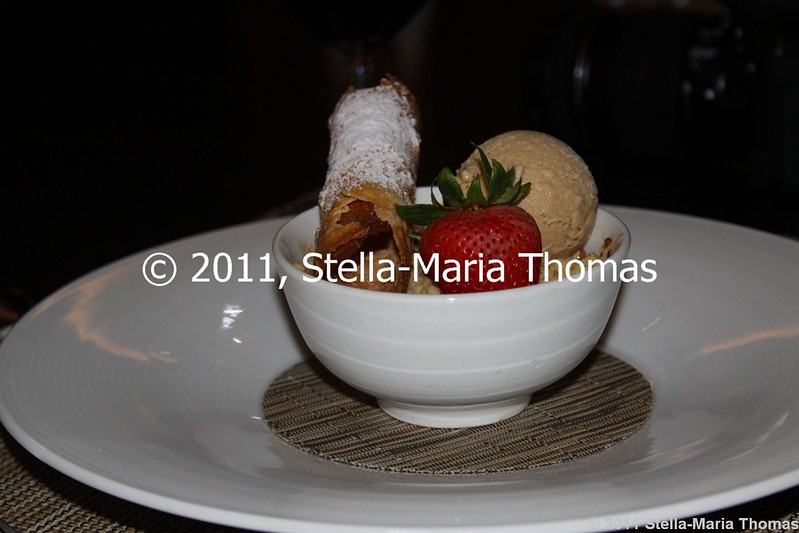 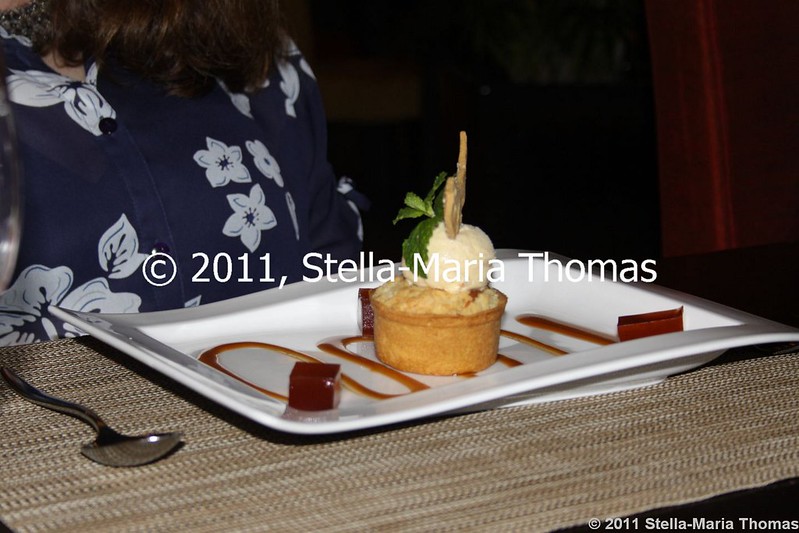 And so to bed… earlyish and expecting to have trouble staying asleep. Wrong. Out like the proverbial light and I stayed that way until the following morning when the alarm went off.