Saturday morning dawned murky and horrible, so yet again the motorcycles were postponed. It was going to take a miracle to get them out at this rate. They were supposed to be racing on Saturday afternoon and hadn’t even qualified yet. Another attempt was scheduled for the afternoon, after all the other events of the day were complete, with a warm-up at stupid o’clock on Sunday and the race squeezed in instead of whatever the “special event” before the race was supposed to have been.

The weather in the afternoon was hot and the drivers really weren’t looking forward to it, Kevin Magnussen announcing that it actually hurt driving in those conditions. It wasn’t wonderful out of the cars either, especially if you only had one of the green bibs that don’t give access to the pit lane. It does allow you onto the grid but you have to queue up behind a gate that isn’t opened until the last minute to let the euphemistically namer PR girls out and it’s a hideous, sweaty, painful scrum. I resolved that I would ask if I could just possibly get a pink bib for Sunday, this despite the friendly Yokohama people who offered me a temporary face tattoo. 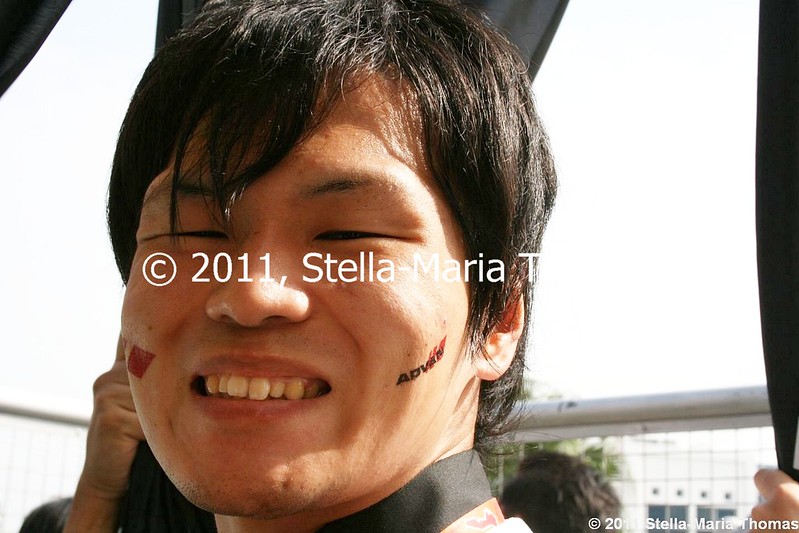 Needless to say the greater part of Saturday was occupied with the first of the races of weekend, so we didn’t get to do any sightseeing. Rather we watched Marco Wittmann capitalise on his pole position to claim victory after a slightly messy race. 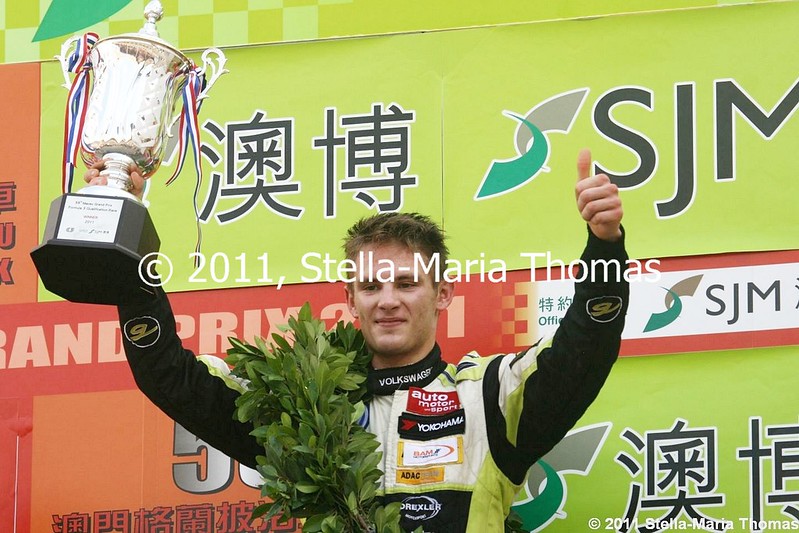 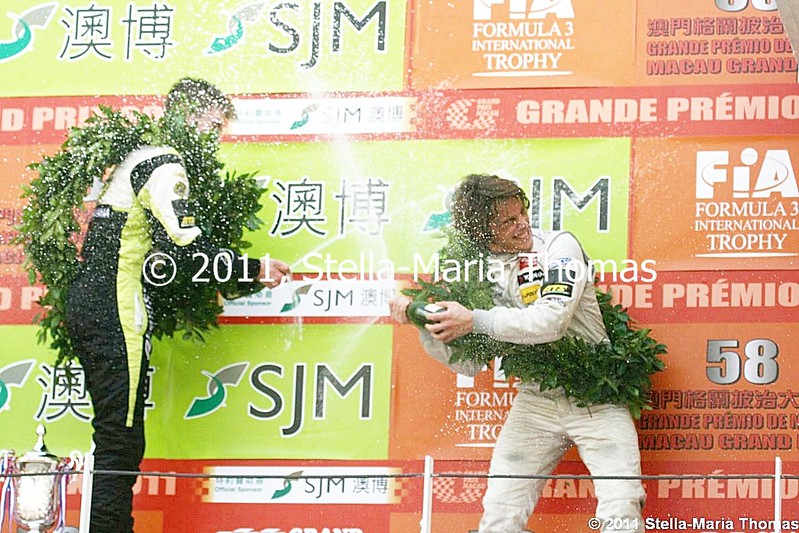 Work done for the day and it was off to the Grand Prix Club Party, traditionally held at the Taipa House Museum on – no surprises – Taipa island. We sorted a taxi, set off and carved our way through the traffic to arrive at a strangely deserted venue. Luckily, there was one person there, a young member of the committee staff who presumably drew the short straw and ended up having to stand out there all night. They informed us that there had been a change of venue, due to the weather, and instead we were expected at the Hotel Lisboa. Luckily the cab hadn’t gone by then, so we gave the slightly confused driver a new set of instructions and set off back across to the main part of Macau, managing to warn the Hulses by text that they should go straight to the Lisboa instead of wasting $80 on an unnecessary ride across most of Macau. 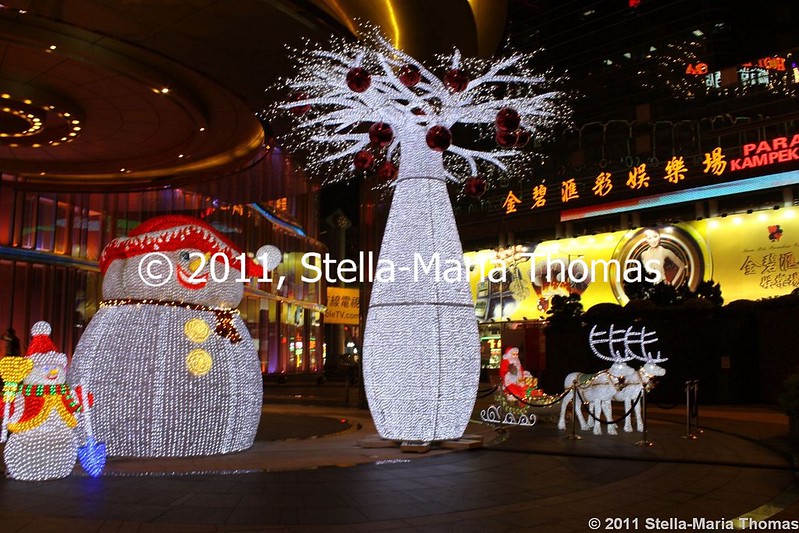 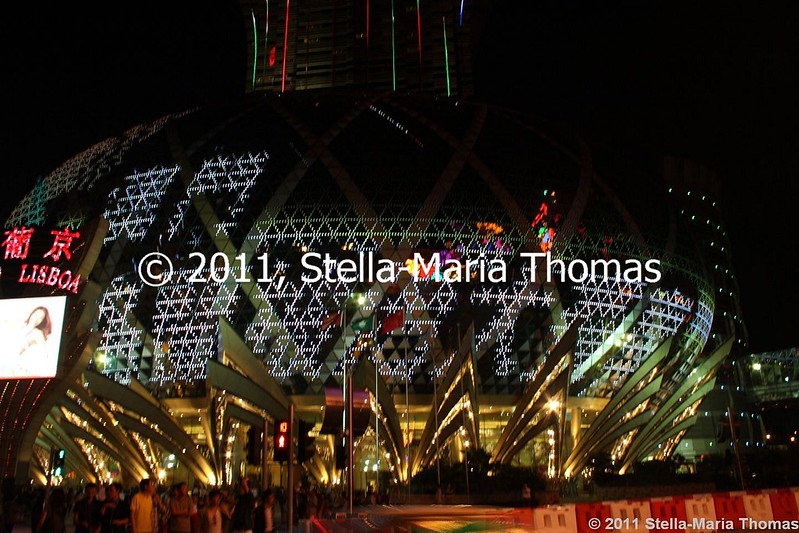 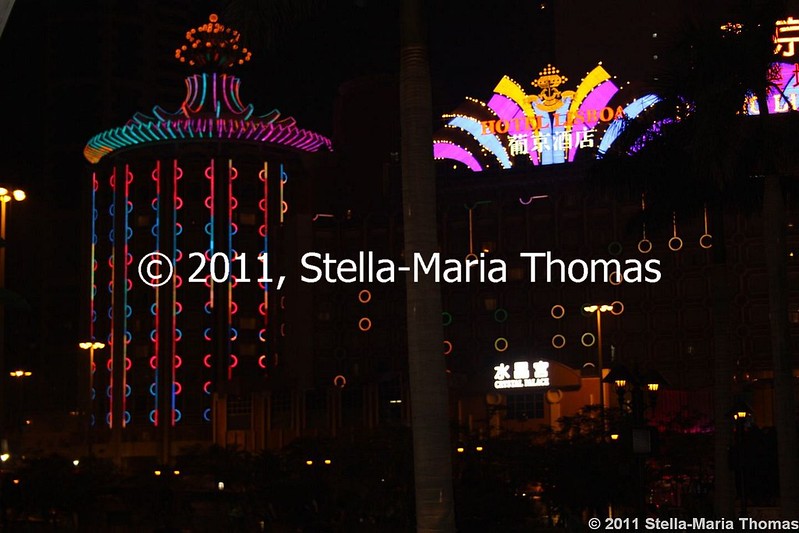 At least it got us inside the Lisboa, something we’ve mostly avoided in the past. Stanley Ho does not do restraint in interior decorating terms is all I’m saying. The thing is garish enough from the outside. The inside even more so. Even the ladies toilets are over the top! And I do mean over the top, so much so that both Elaine and I rushed in with cameras… 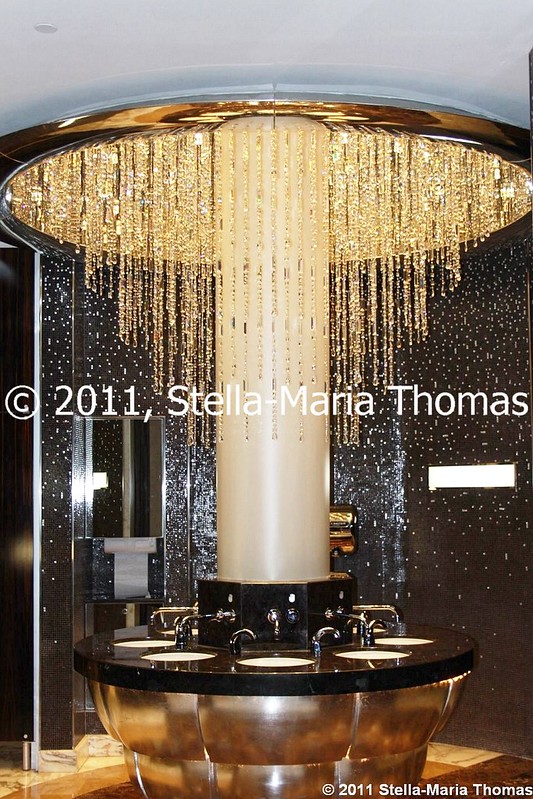 Aside from that the usual party entertainment was provided, with a folk band, a rock band, fortune tellers, silhouette cutters and the people who make the wonderful crickets from folded grass. We’ve sort of “been there, done that” so we stuck to sampling the buffet and enjoying a drink or two until the crowd thinned out and we ran out of people to talk to. 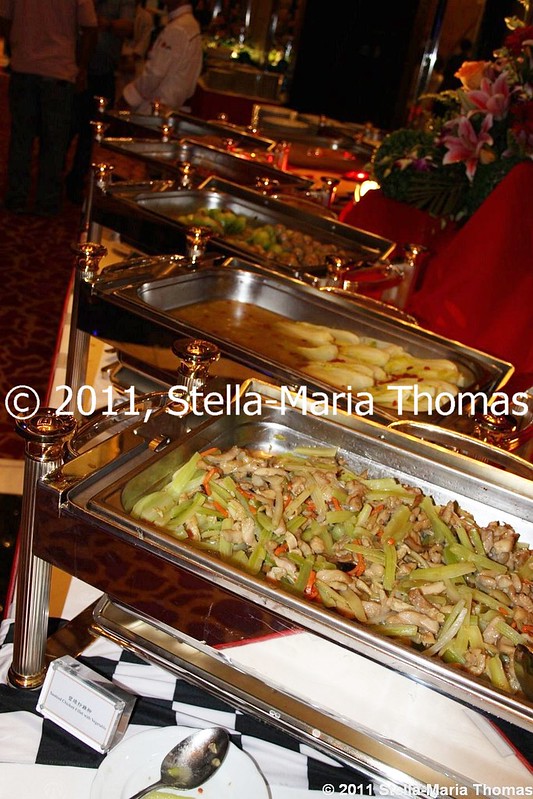 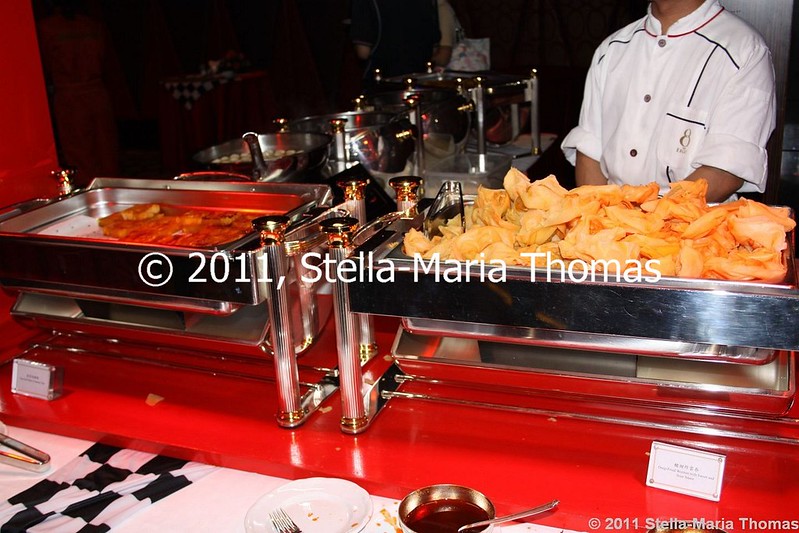 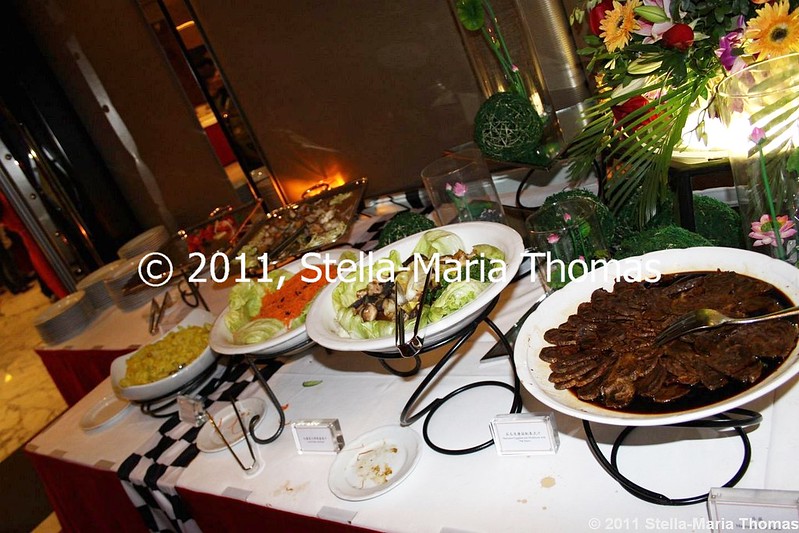 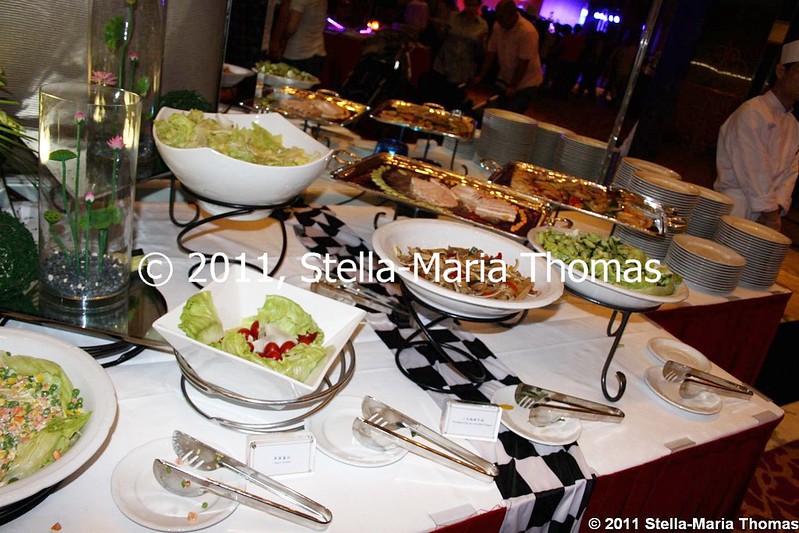 From there we finally made it across the road to Wynn where we settled in at Cinnebar for a cocktail or two and I discovered the tequila based Fiesta Fatale. Interesting as it’s shot through with chilli. 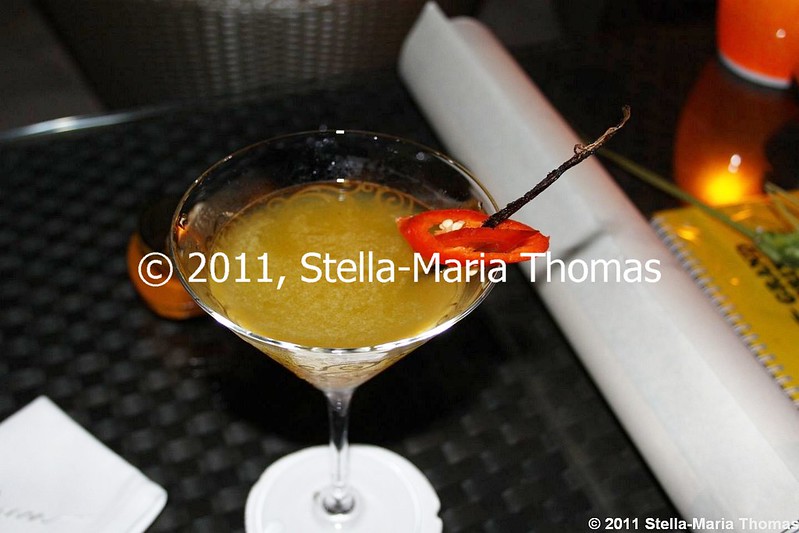 A couple of those and I was feeling no pain, which was a bit unfortunate as I’d agreed to go out before breakfast to photograph the motorcycles during their 07:30 warm up. Why do I let myself get talked into these things?