Considering the lateness of the night before, I was surprised to wake up around 08:00, and even more surprised that I actually felt well enough to have breakfast. Lynne refused to move so I went alone, wondering if the rest of the party would make it or not. They did and we arranged to meet up to get the shuttle bus to the ferry terminal and from there to Hong Kong. After breakfast there was some packing to do, with the possibility of repacking later, as we quickly realised when we tried to lift the larger of the two suitcases.

Once we’d completed the packing it was time to check out and say goodbye to the Pousada de Mong-Ha until next year – we made a precautionary booking as usual and were not surprised to find the confirmation there in my inbox almost before we’d got onto the bus.

We separated at the ferry terminal, the Hulses headed for Hong Kong, while we sailed to Kowloon and the Intercontinental Grand Stanford, our usual stopover on the way home, especially with an 08:15 flight out on Tuesday. It’s just not doable from Macau without having to get up stupidly early and then drag from Macau to Hong Kong, and then through customs and immigration, across Hong Kong, repeat at the airport and all taking forever. This way we get a night’s sleep and an 05:30 call followed by a limo to the airport direct from the hotel. So, onto the ferry where I wrote the WTCC report and ate the free meal supplied to first class passengers. Lynne went for the sandwich, which was massive. I opted for the noodles with beef (spicy) which was even bigger – tasty but not easy to eat with the somewhat flimsy chopsticks supplied. There was a lot of slurping, not aided by the very rough seas on the crossing. 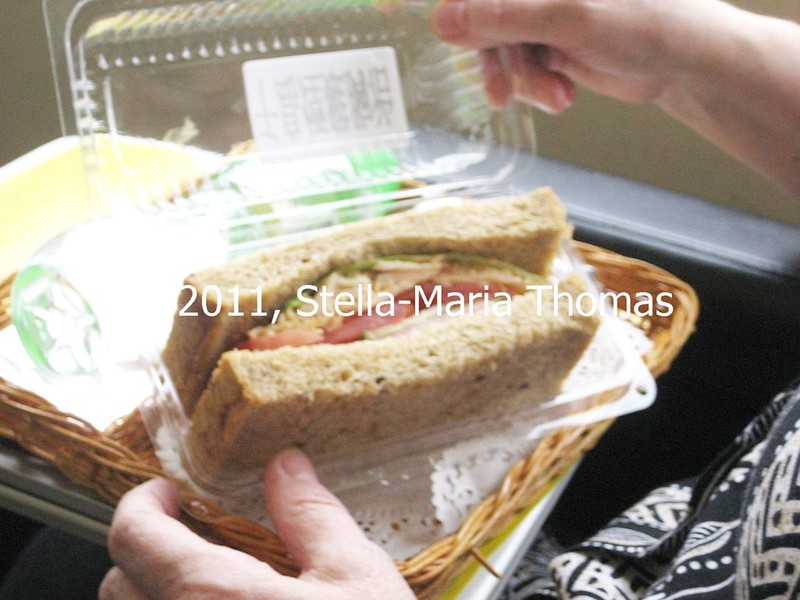 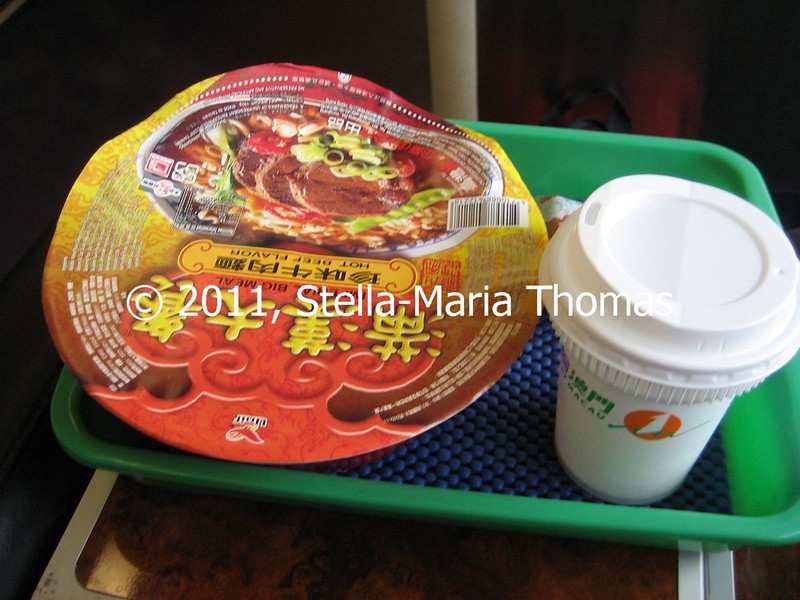 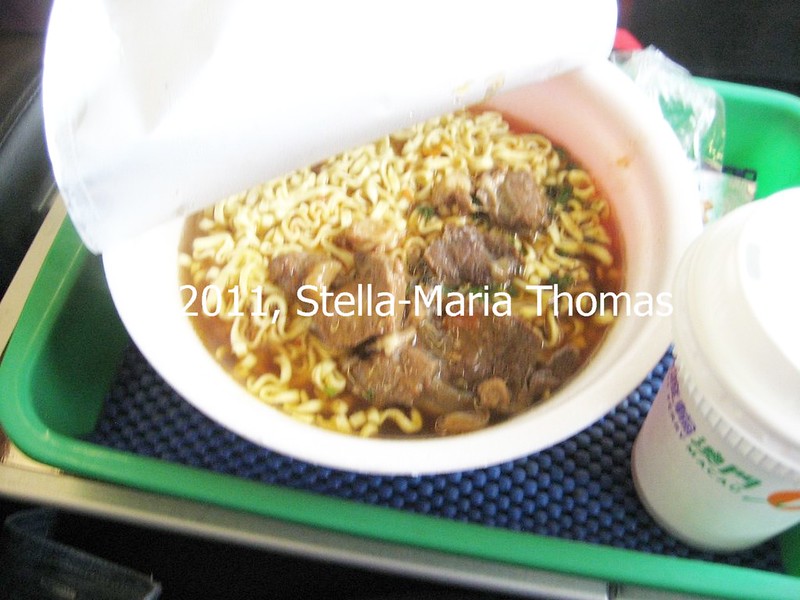 As ever the hotel was a model of smooth efficiency and customer care, and we knew the first time we’d need to handle our luggage again would be when we got to the airport on Tuesday morning.

Once the bags were delivered to our room we set about completing the repack that we’d considered, showered and relaxed, having emailed the WTCC report to motorsport.com as promised. I had planned to swim but the weather was colder than usual and the idea of the outdoor pool didn’t appeal for once. It’s a smallish pool so a “real” swim isn’t really an option anyway.

We set off out for the evening quite early, heading over to Causeway Bay and the Excelsior Hotel’s 34th floor bar where a colleague of mine from our Hong Kong office had arranged to meet us for a drink before dinner. The views up there were quite spectacular, especially down into what was obviously a full sized pool where a lone swimmer ploughed up and down. The hotel is in the next block to our HK offices, and Dennis suggested that next year we could extend our trip is I could persuade my boss to let me work from there for a few days. It seems plausible and I plan to look into it early next year. 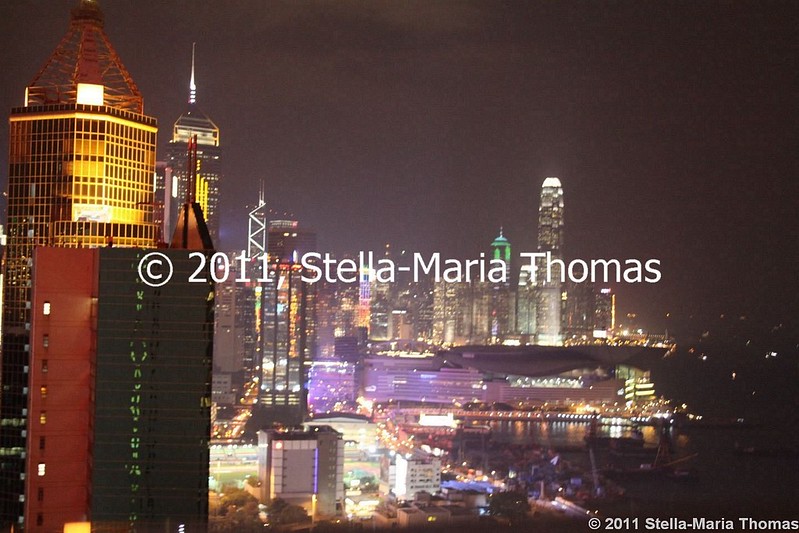 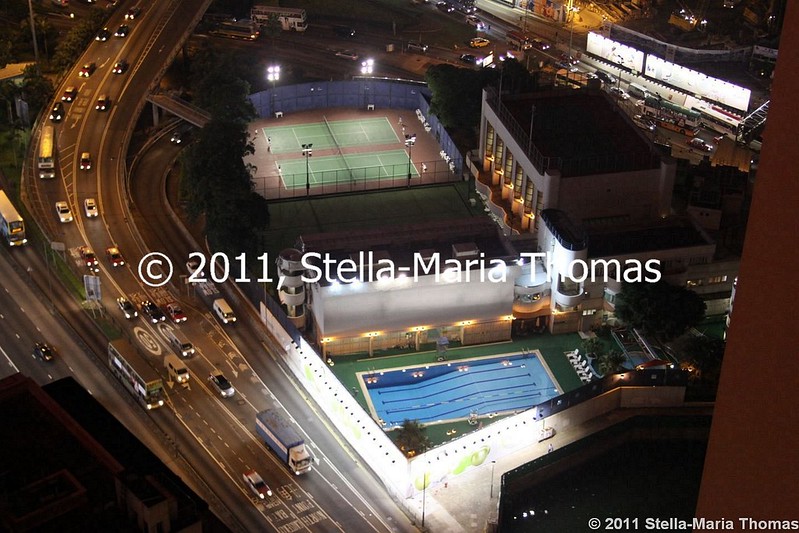 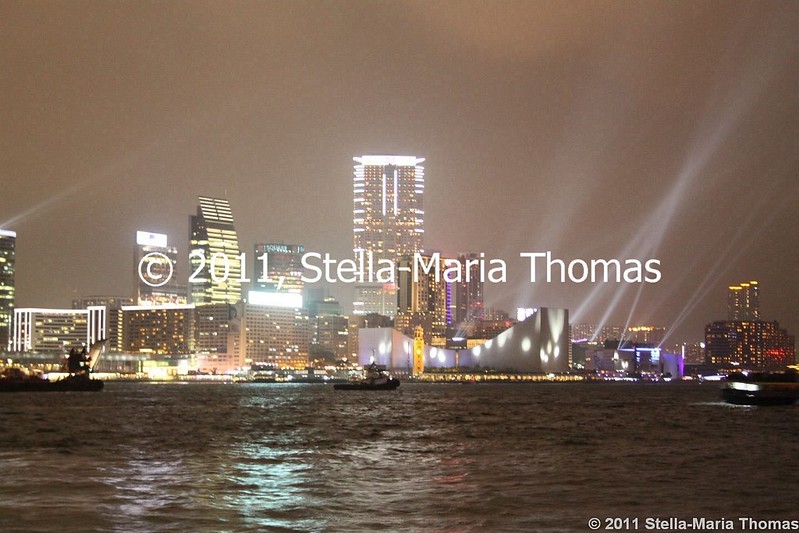 Meanwhile, the Hulses had joined us and had booked a restaurant they liked the sound of, so we duly piled into a cab and made the short trip to the Watermark, over on the Star Ferry pier. A large, open room with glass walls on three sides, the views were impressive, especially out towards Kowloon. The one disturbing thing was the realisation that hit all of us except William – the restaurant was moving. When we asked the waitress she joked “no, not moving, is earthquake!” but went on to confirm that yes, the restaurant is basically on some sort of pontoon system and it does indeed move.

The food moved us too… It started well, with some excellent cocktails. 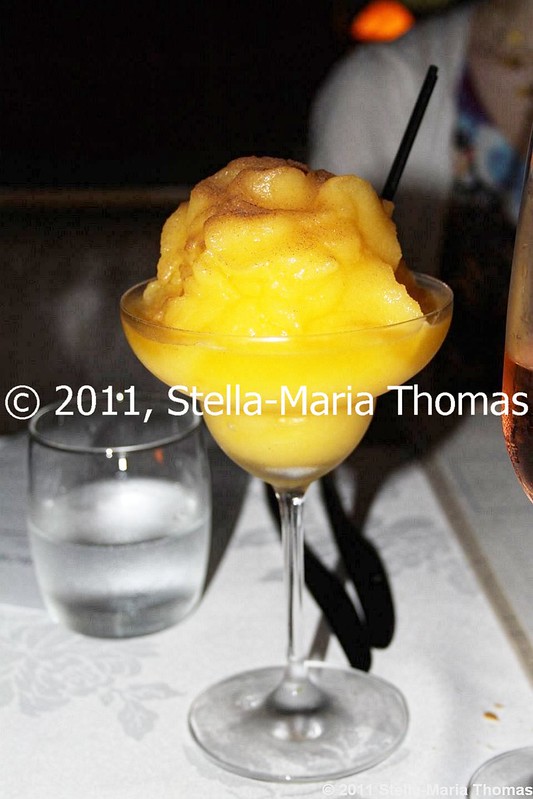 The beef tartar was superb, complete with its own tiny crunchy chips, as was the smoked salmon. 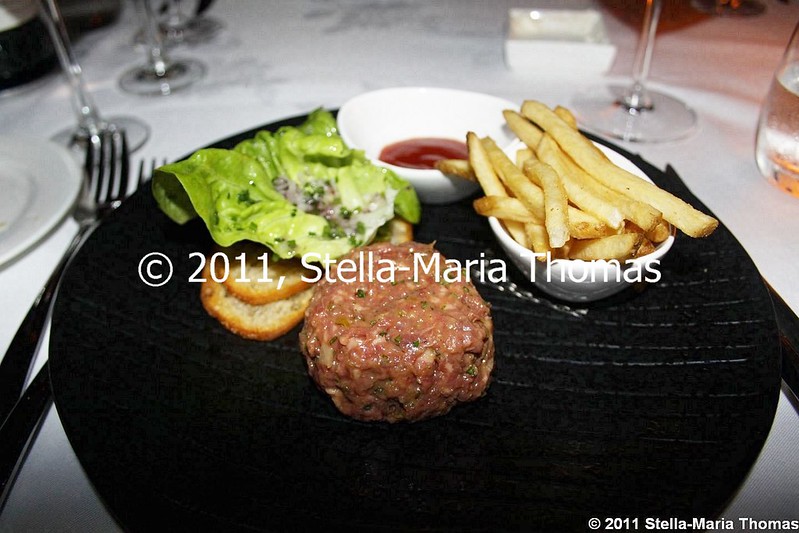 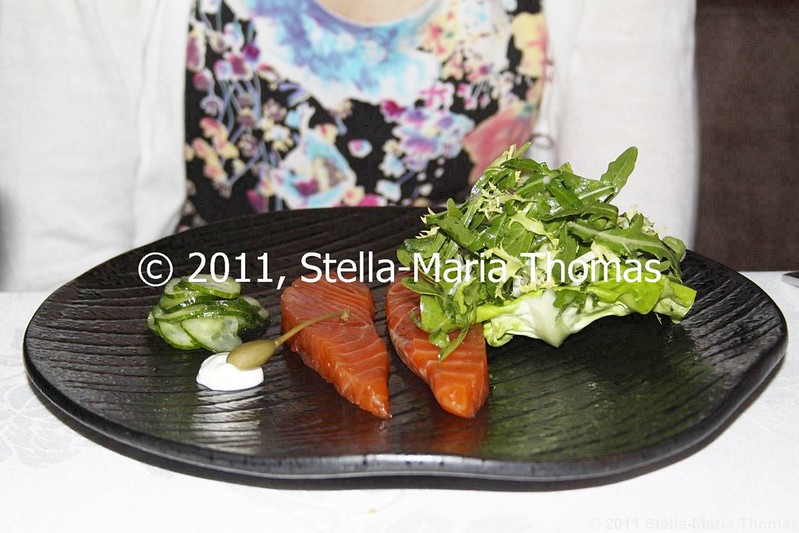 The barramundi carpaccio looked good too, and William said it was – but he wasn’t sharing! 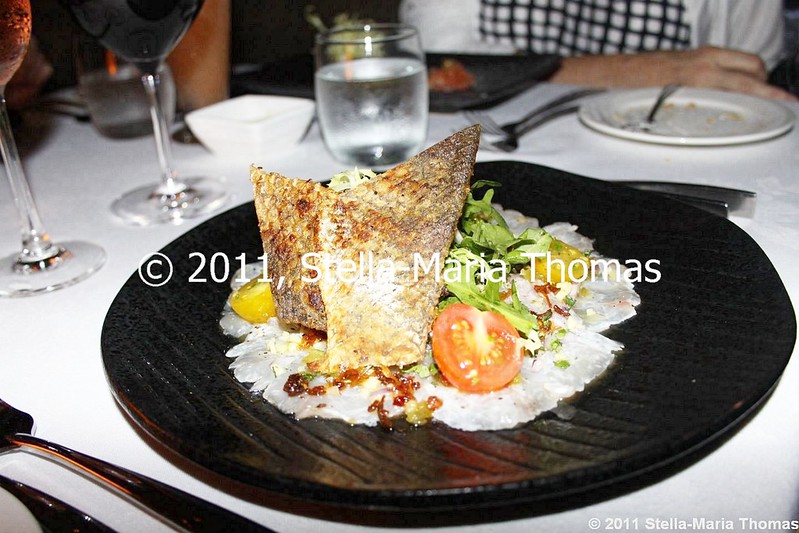 For mains I had half of the rack of lamb, cooked to perfection, with some surprisingly light polenta, and a lot of lovely confit garlic. 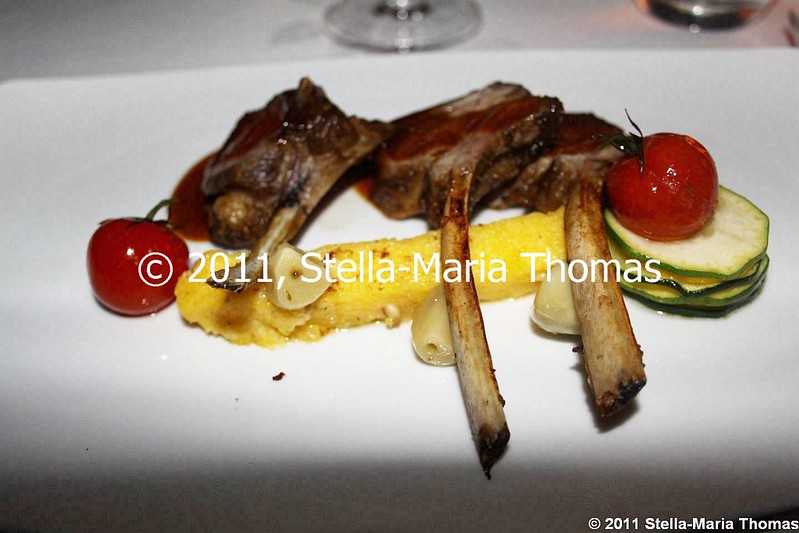 I then swapped with Lynne and had half of the scallops and prawns on pinto beans cooked with coriander, which were lovely too, the prawns and scallops both clearly fresh and not frozen. 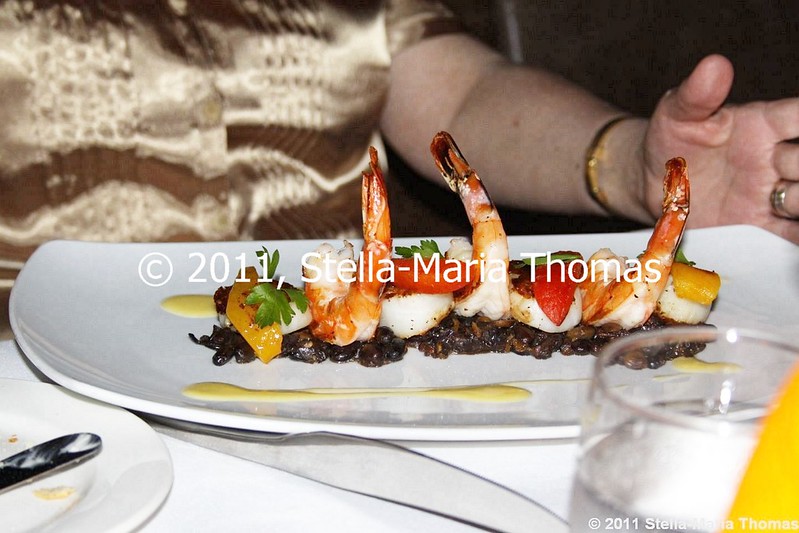 Further down the table Lorna was tackling the soft shelled crab and clam tagliatelle and pronounced it delicious if technically challenging. It certainly looked good and I had been briefly tempted, but after a mentally scarring session with crab linguine at the Pizzeria Toscana a few year’s back I tend to be nervous of attempting such things in public! 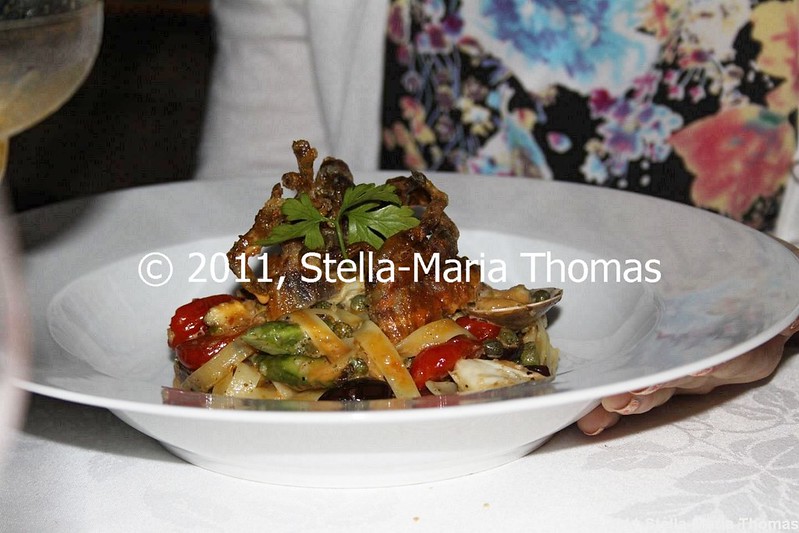 There followed some discussion about desserts, which finally saw most of the party crack and order one despite not really needing it. I loved the raspberry Pavlova, despite not being a dessert fan a lot of the time. It came with a rhubarb compote, and what was described as a cherry swirl, which turned out to be ice cream. 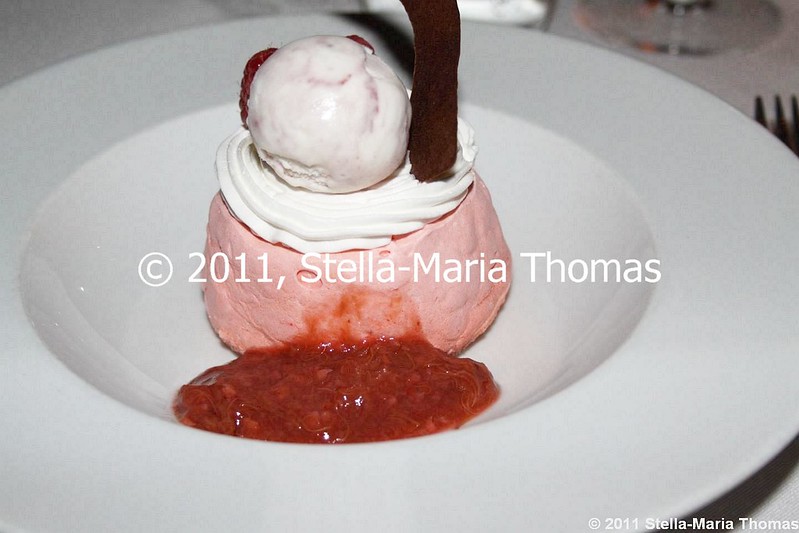 I didn’t get to try the citrus terrine, but it too looked very good, as did the blackberry Bavarois and they certainly disappeared pretty promptly so I assume they too were good. 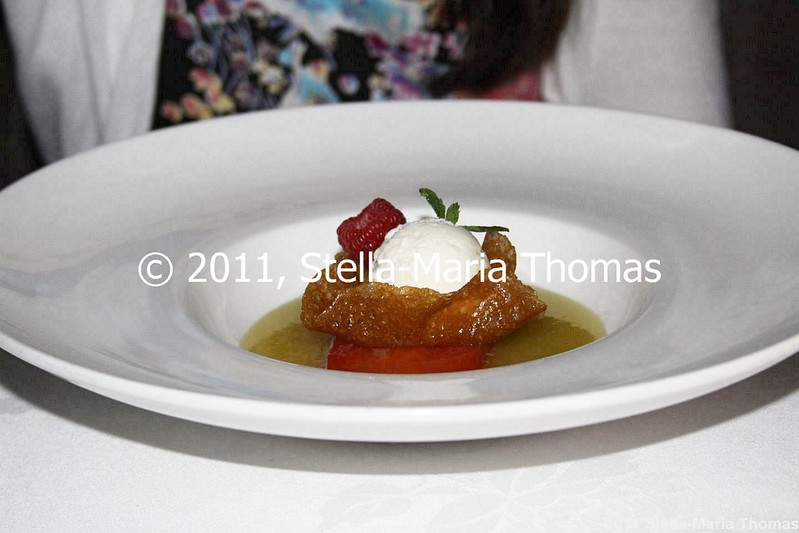 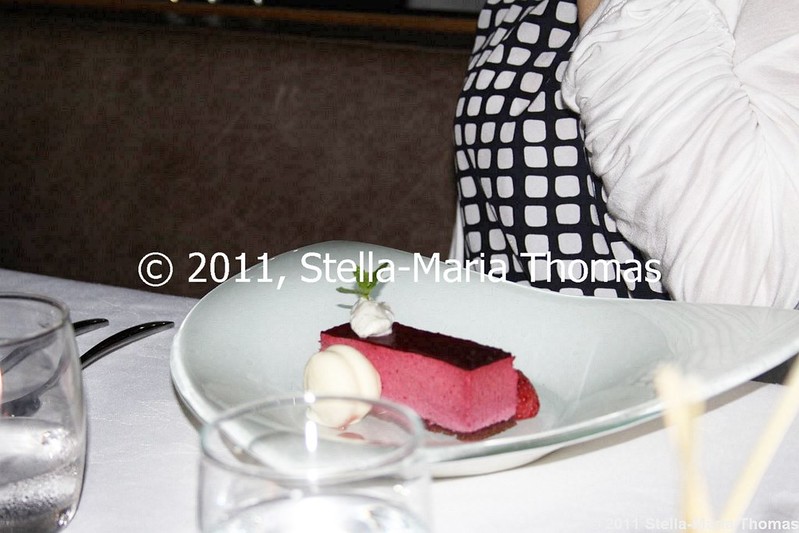 The crispy chocolate bon-bons were amazing… I did manage to snatch a taste of those. 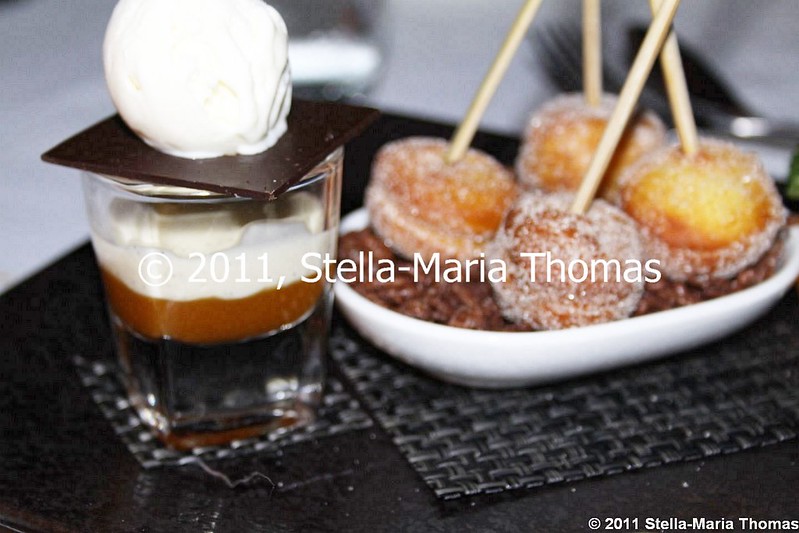 And that was it for the night. We rounded up a taxi back to the hotel and sleep.

The alarm was not welcome at 05:30 but we knew we needed to be in the car at 06:00. We pulled ourselves together enough to go down to reception, and let the porter collect our bags and put them in the car, and half an hour later we were at the airport terminal, checking in.

We spent an hour or so in the business lounge and then the call for boarding went out. By the time we’d got to the nearby gate there were no queues so we were straight on and into our favourite seats at the back (two seats not three so we only have each other to trip over), far enough from the wings that if the skies are clear you can see what’s below – mostly the Himalayas. When we were allowed out of our seats I took quite a few photos of the view from the galley area window, though there was an awful lot of turbulence on the flight, mostly whenever coffee was served. I managed to label up the majority of my photos from the trip and also watched a couple of films, the very low-key and gloomy Separate Lies, and the very funny Red Dog, but most of the trip I spent staring out at the land below. It doesn’t matter how often I see it – it’s stunning. There certainly seemed to be a lot of geography – and for that matter geology and meteorology – going on down there. 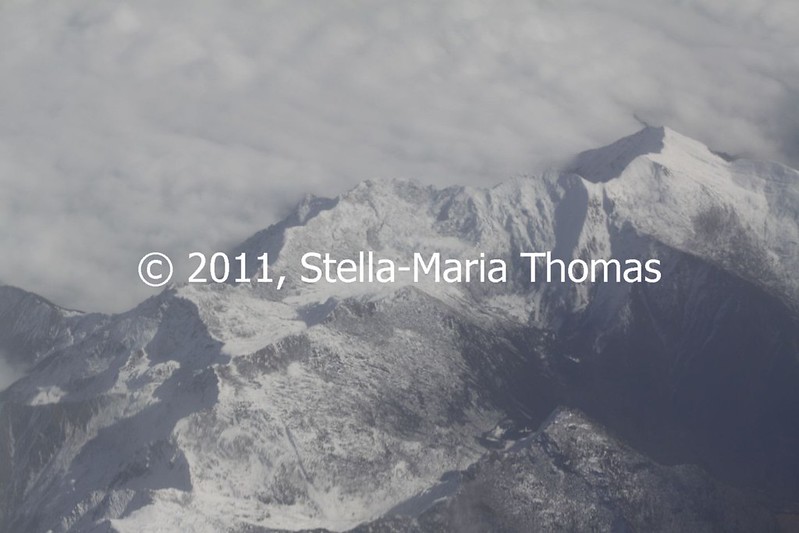 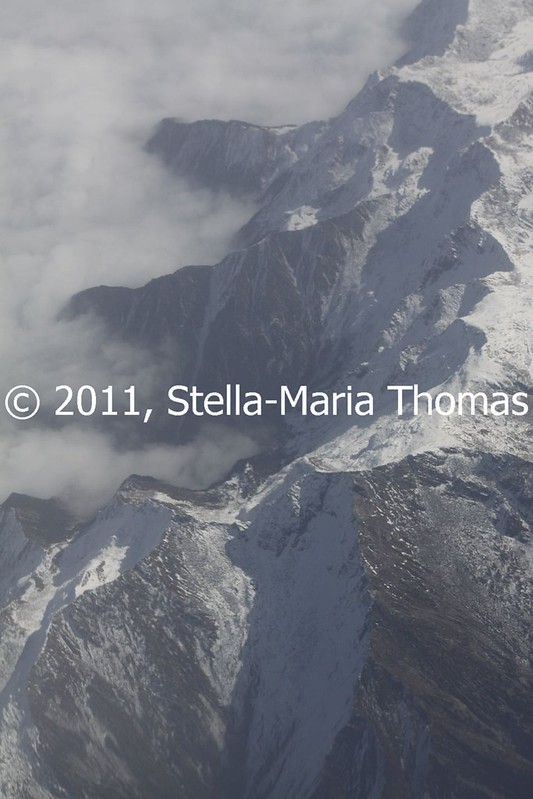 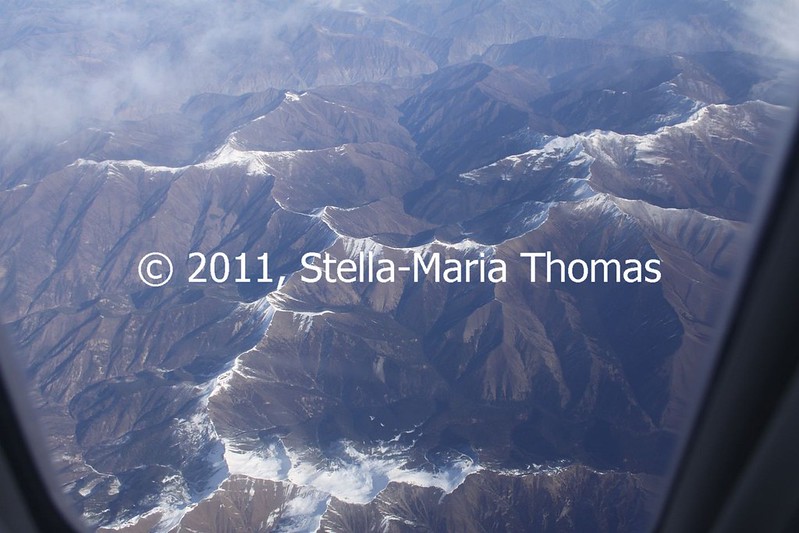 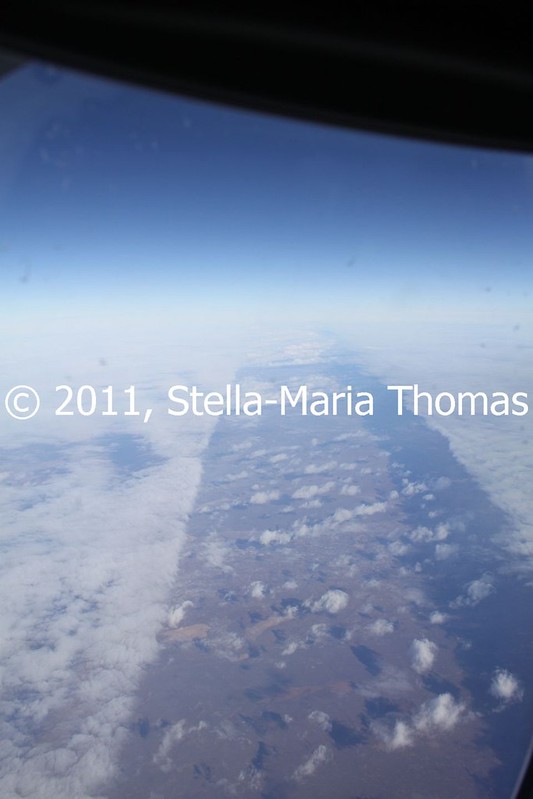 Oh, and we were again very well looked after by Air New Zealand’s brilliantly friendly and helpful crew, as well as very well fed and watered. 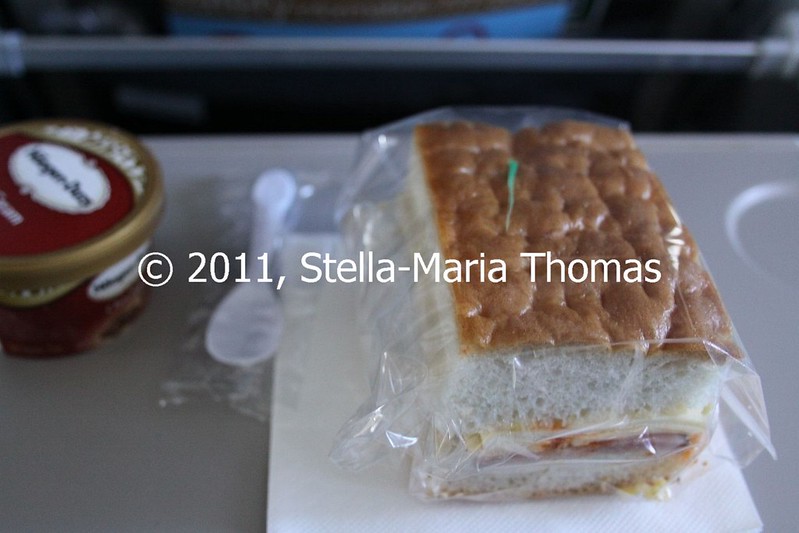 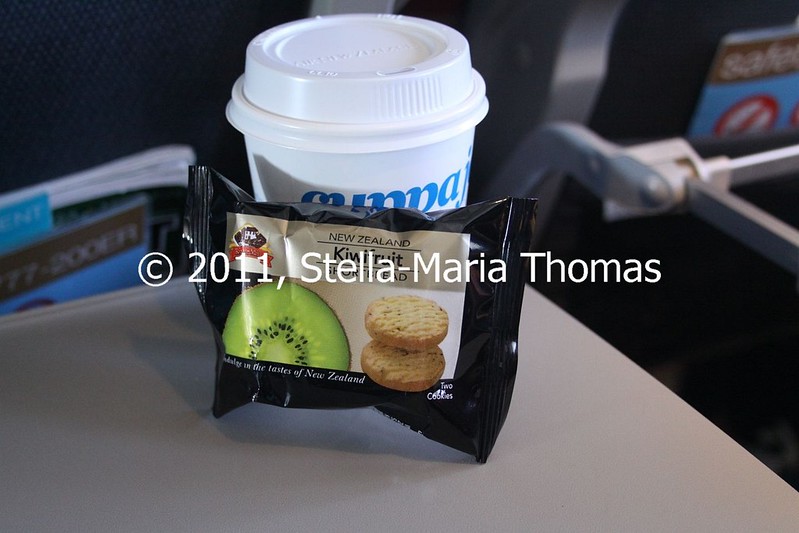 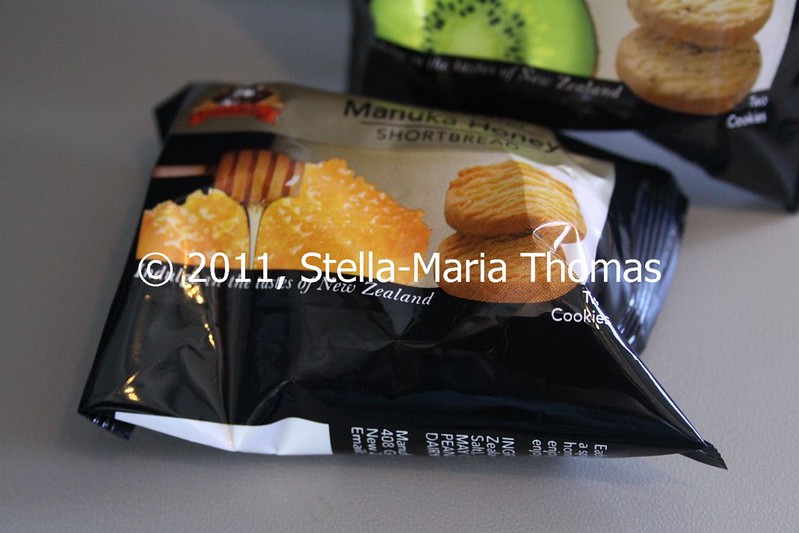 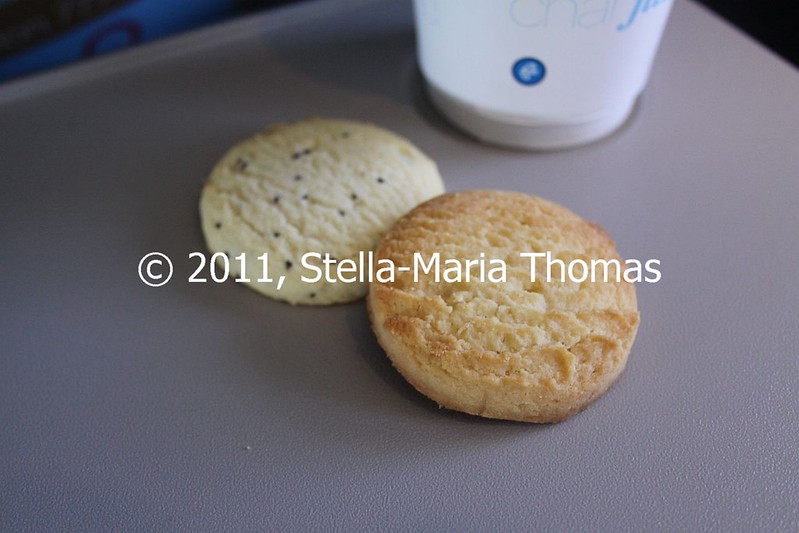 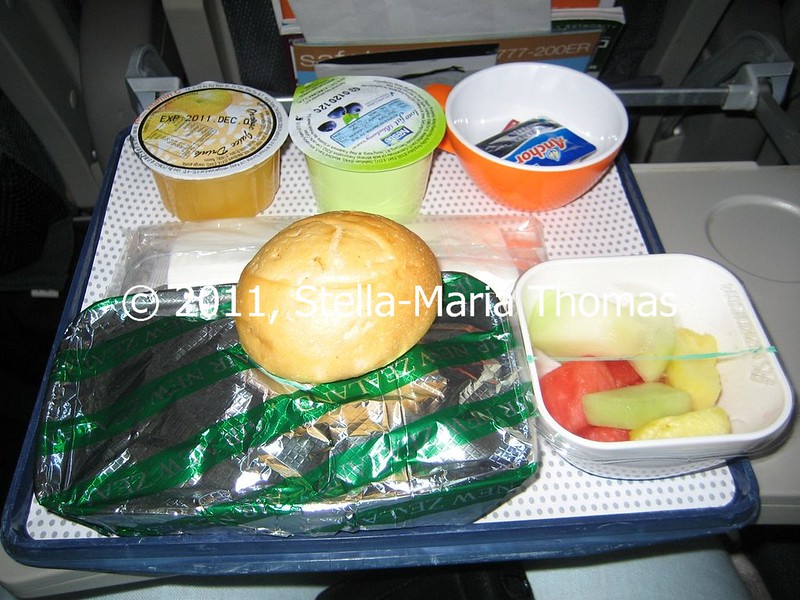 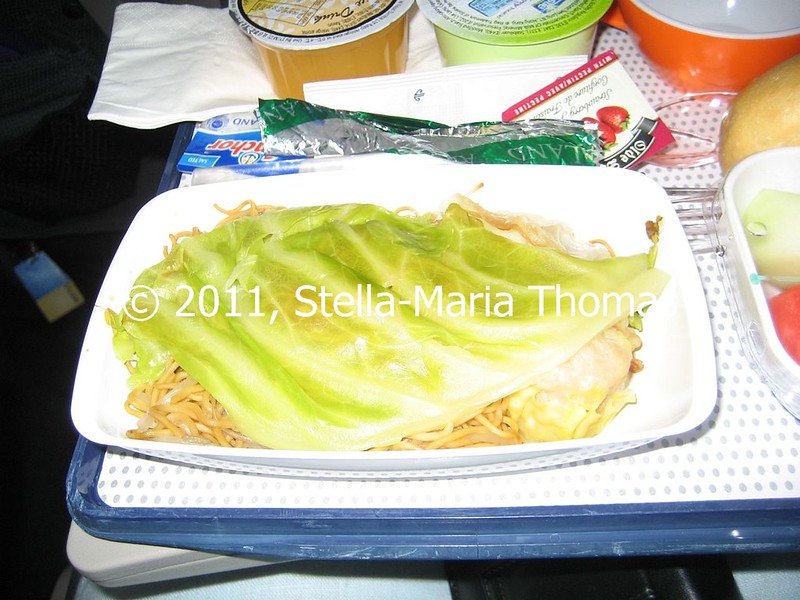 And so, back to the UK and the cold, grey skies and the ludicrous queues at immigration. Through eventually and reunited with our bags, from Heathrow it’s a mere 60 minutes down the motorway before we’re home to two disgruntled cats and a mountain of laundry.