I NEVER win anything. Never.

That said, after 51 years where the only thing I ever won was a set of spoons (don’t ask) this last 12 months I’ve been having far more success. £100 there, a Waitrose Christmas cake here, tickets for the Ideal Home show, a bottle of Harvey’s Bristol Cream sherry… It’s odd but I’m not knocking it. My latest (apart from the cake) was a pair of theatre tickets to the Old Vic to see “The Playboy of the Western World” which had been well-reviewed. The trouble was that what with Macau, we could only make it up to London on the final day of the run. Given how stupid train times/journeys can get due to engineering work at weekends we decided to go for the Saturday matinee, and drive up, so I dropped an email to the theatre and sorted that out sharpish.

It was a pleasant enough day for driving, and the car park we wanted to use was as empty as ever on our arrival. I assume that it fills up on weekdays, but at the weekends it’s a) empty and b) £2.00 for 24 hours from 13:30 on a Saturday. We arrived at 13:15 so we would need to pay an extra £2.00 but compared to the weekday cost (and the cost of parking at the station at Milton Keynes and getting the train in) it’s not exactly unreasonable. We had planned to get a bus across to the Old Vic, only to find that Tower Bridge was closed so the buses were being diverted. A change of plan and a cab ride later and we were at the theatre in good time.

I collected the tickets from the box office and discovered that we had good seats in the stalls (Row L) and that the prize also included two programmes as well. As we only needed one, I gave the spare to a couple who hadn’t bought one. They seemed pleased.

The performance was a good one, in front of a full house, and while the play seems a bit broad and a bit naive these days, it was thoroughly enjoyable. We had a half bottle of Champagne during the interval and enjoyed our afternoon immensely. 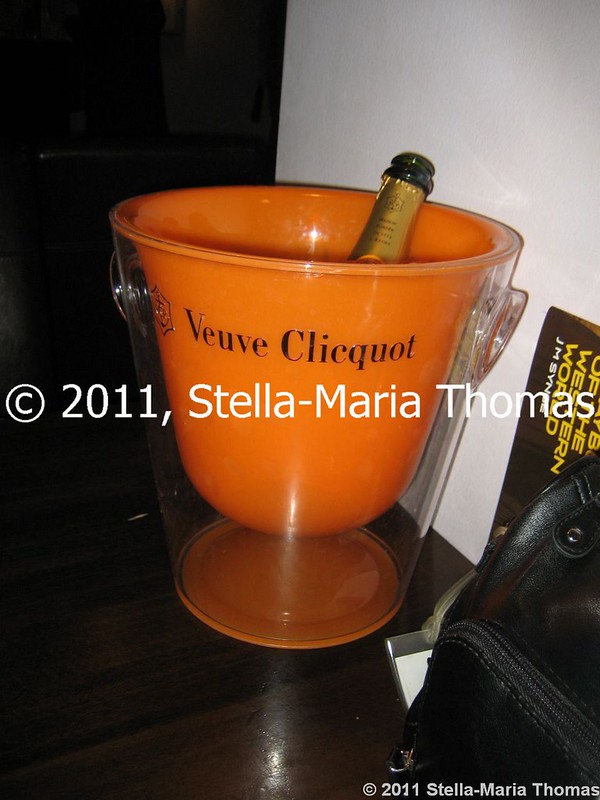 From the theatre we walked the length of the Cut to Baltic for dinner. I discovered Baltic back in the summer when we were at the Old Vic for Kevin Spacey‘s serious impressive “Richard III“, and in fact it was their competition that had resulted in the tickets. So it would have been churlish to go anywhere else to eat, surely? We were slightly early so it was the perfect excuse to settle into their bar, a cosy space with a bar counter lit from behind and full of an amber mosaic, just inside the entrance way, for a cocktail. The beetroot martini was something special, a stunning colour and nicely spicy. 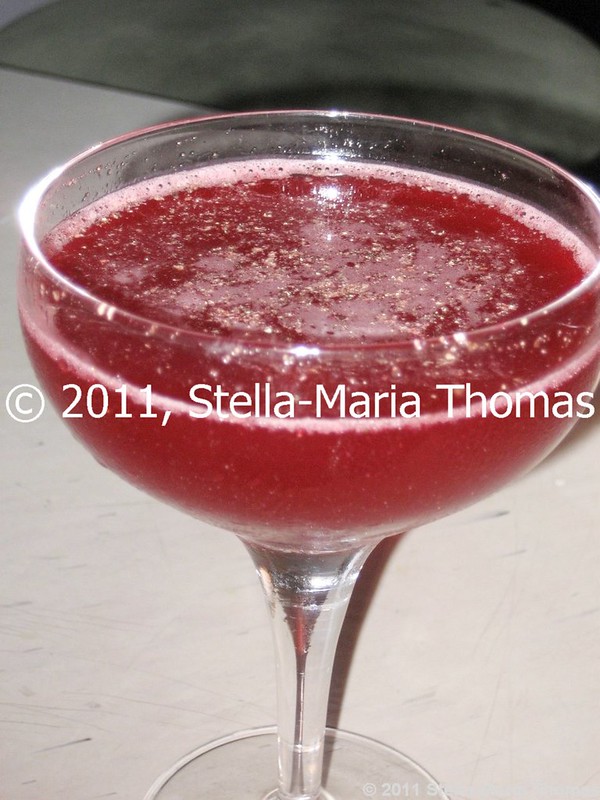 Apparently the lemongrass mule was good too, but it didn’t look as special. 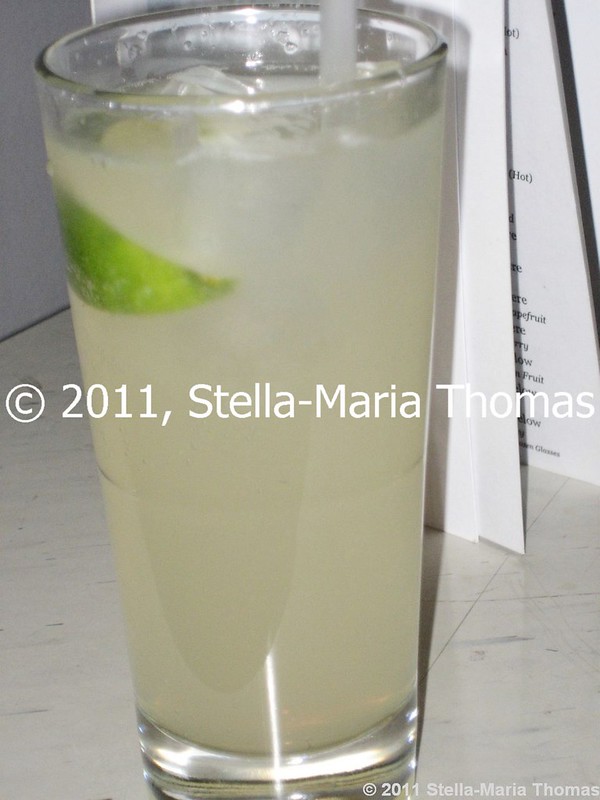 One of the things I like about Baltic is the enthusiasm and friendliness of the staff. I also like their eastern European (and especially Polish) leanings in terms of cuisine. In fact at this time of year it’s like walking into some of the restaurants I visited in Krakow last winter with the heavy curtain over the door to keep the weather out. Also with the breads that are delivered along with some butter, some pickled gherkins, and some beetroot. The rye bread in particular is excellent and accompanied some serious studying of the menu.

For starters I couldn’t resist the marinated herring salad with potato, pea, apple and beetroot. The fish was sharp and oily and wonderful and I gave Lynne her half reluctantly! 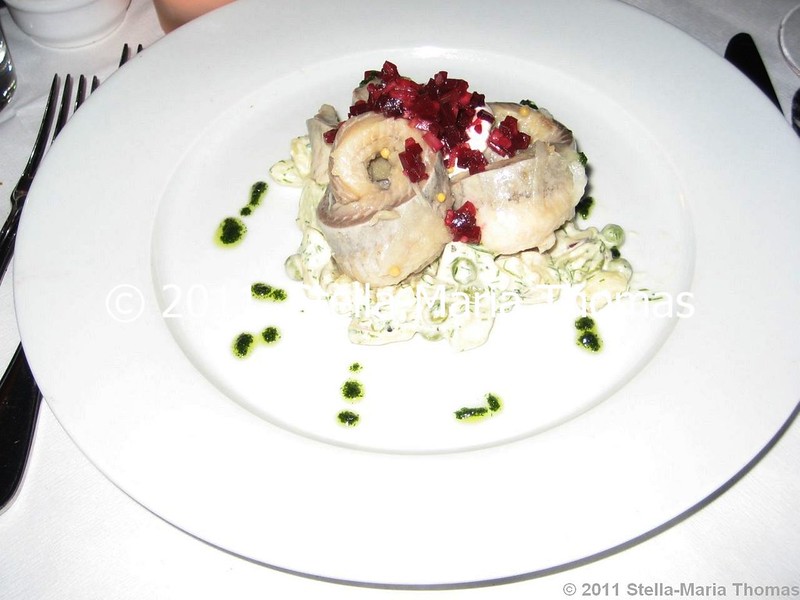 In return I got half of the smoothly flavoured gravadlax and some lovely, crunchy potato cakes so it wasn’t too bad a deal! In fact it was a very good deal though the gravadlax seemed slightly underpowered after the strength of the herring. 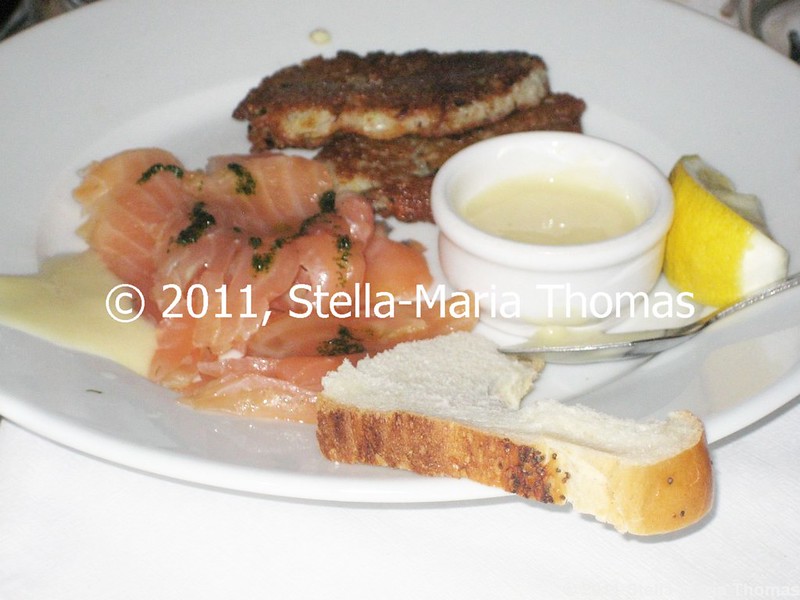 For mains Lynne had braised rabbit, with figs, bacon and spaetzle, which I’ve always loved. The rabbit was tender and perfectly cooked, and the spaetzle were as they should be, soaking up the flavours while remaining light and fluffy. 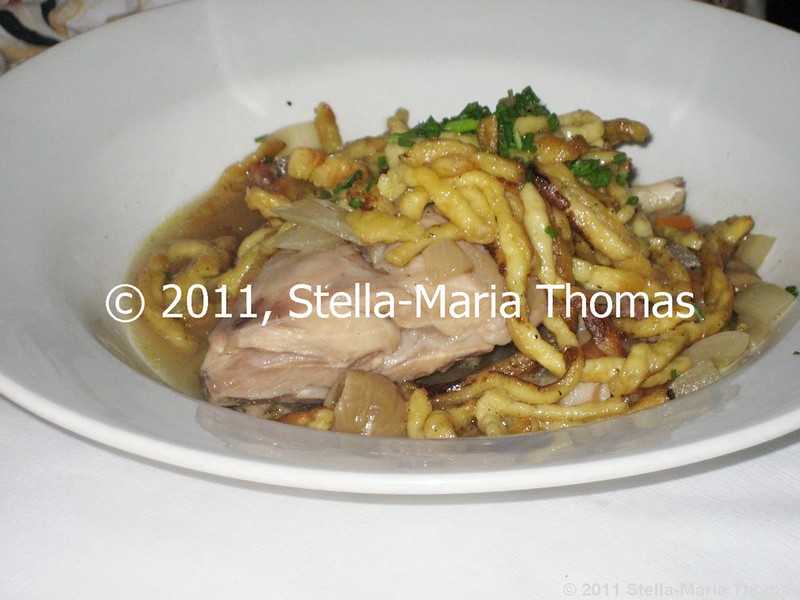 I still say I got the better deal though. I ordered the roast goose, which was actually a confit leg of the bird. It came with red cabbage and apple, and was winter on a plate. Not sophisticated perhaps, but solidly delicious. 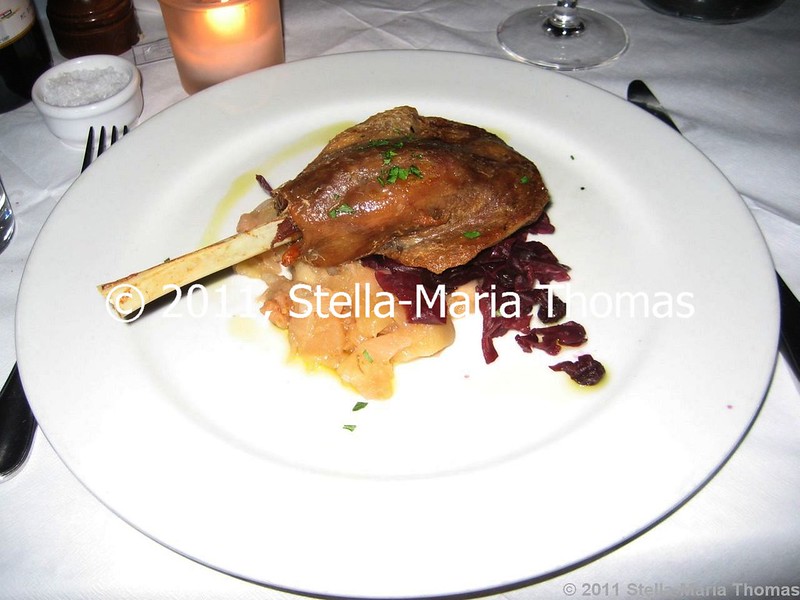 For dessert, we shared a sernik (basically a white chocolate and vanilla cheesecake) with a fruit coulis, not too heavy, but a lovely way to end the meal. 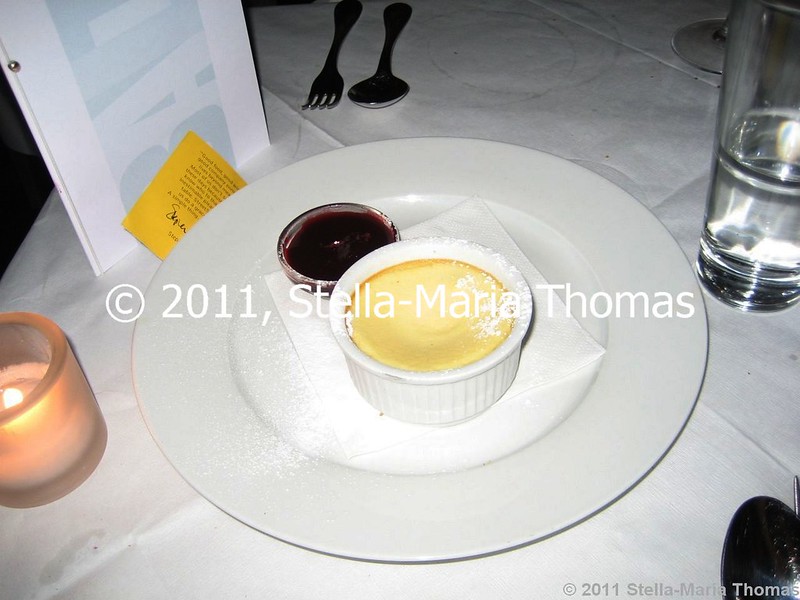 We finished with coffee for me, and mint tea for Lynne, and after paying the bill, found a taxi easily and were soon reunited with the car and on our way home. It had been a very good day out!