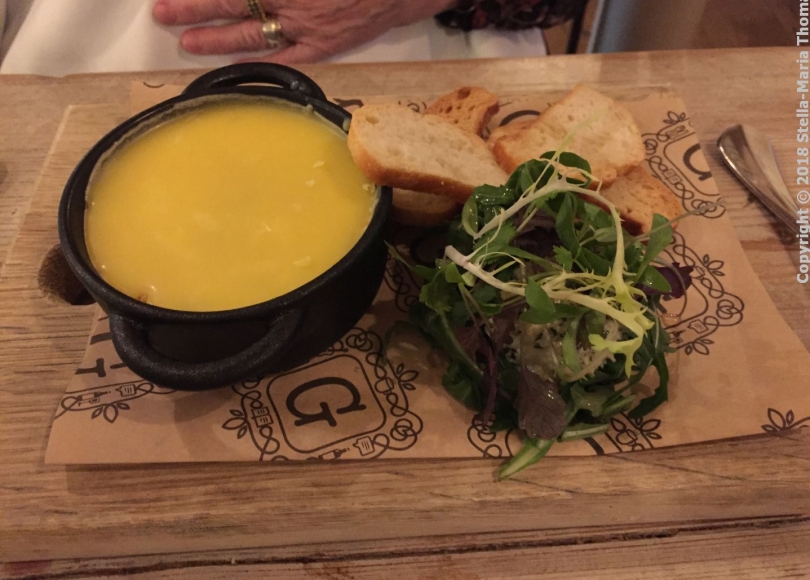 The Garage has been open for a while now, based in – you guessed it – an old garage in the middle of Buckingham. We’d attempted to eat there before, only to be frustrated by technical issues that had led to the place being closed over an entire weekend, and thus we only finally made it in there last October, as the preamble to a gig at the old Town Hall (Bernie Marsden doing a Q&A and a number of numbers from his blues guitar playing history which was good fun). Consequently we didn’t have too much time to relax and enjoy the surroundings. We were seated upstairs, where you have a view of the open kitchen rather than downstairs where the bar is located. This meant we had no time for more than one cocktail, which served as an aperitif while we studied the menu. Mine was a Bramble, made with blackberries as you might expect, creme de mure (which is not seen enough in these parts, if you ask me), lemon juice and gin. One of the major pluses of this sort of drink is that you can’t taste the gin!

Lynne went for an Old Fashioned, claiming it’s because that’s what she is… and also happy to avoid gin altogether. The Old Fashioned is, of curse, a whisky-based drink and all the better for it. I have to say the combination of bourbon, bitters, vanilla and sugar didn’t look too much different to what I was drinking, though it definitely tasted different. 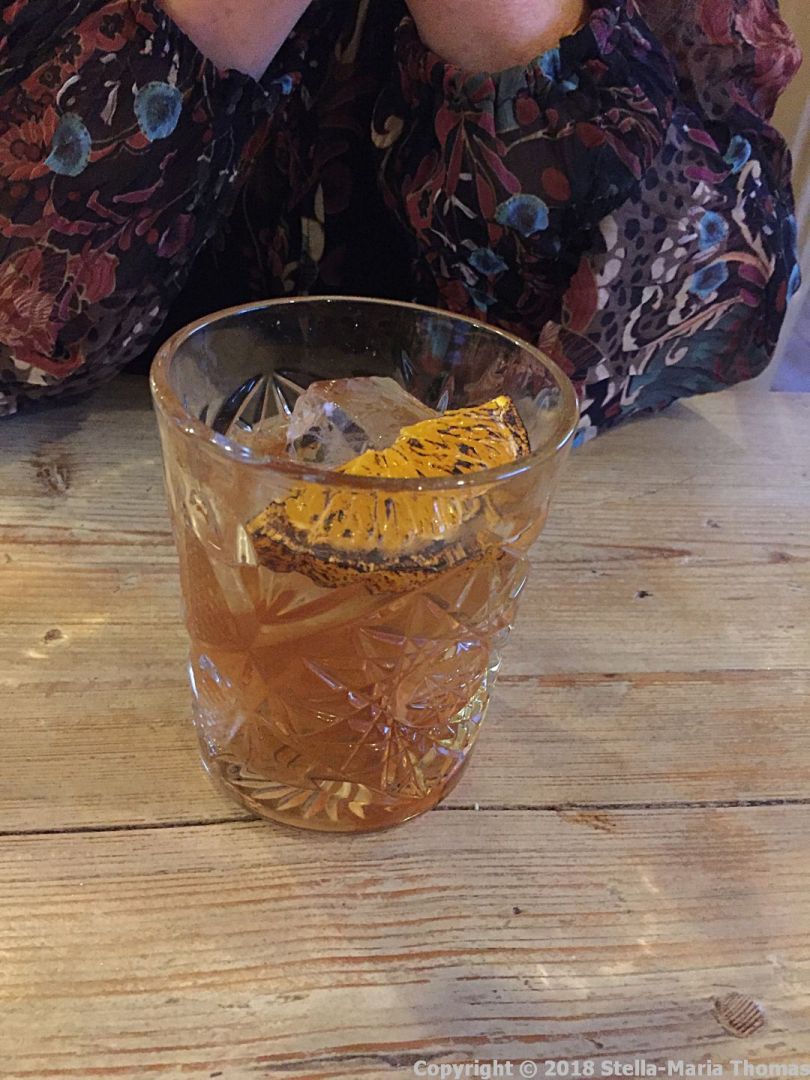 The food arrived pretty sharpish as we finished our cocktails, a couple of starters that we’d agreed to share. One dish was a duck and bacon hash, served with peppered rocket and a poached hen’s egg. It was good, the egg nicely judged, once you could battle your way past the rocket! There seemed to be a lot of greenery, but the meat was excellent. They clearly have a good butcher. 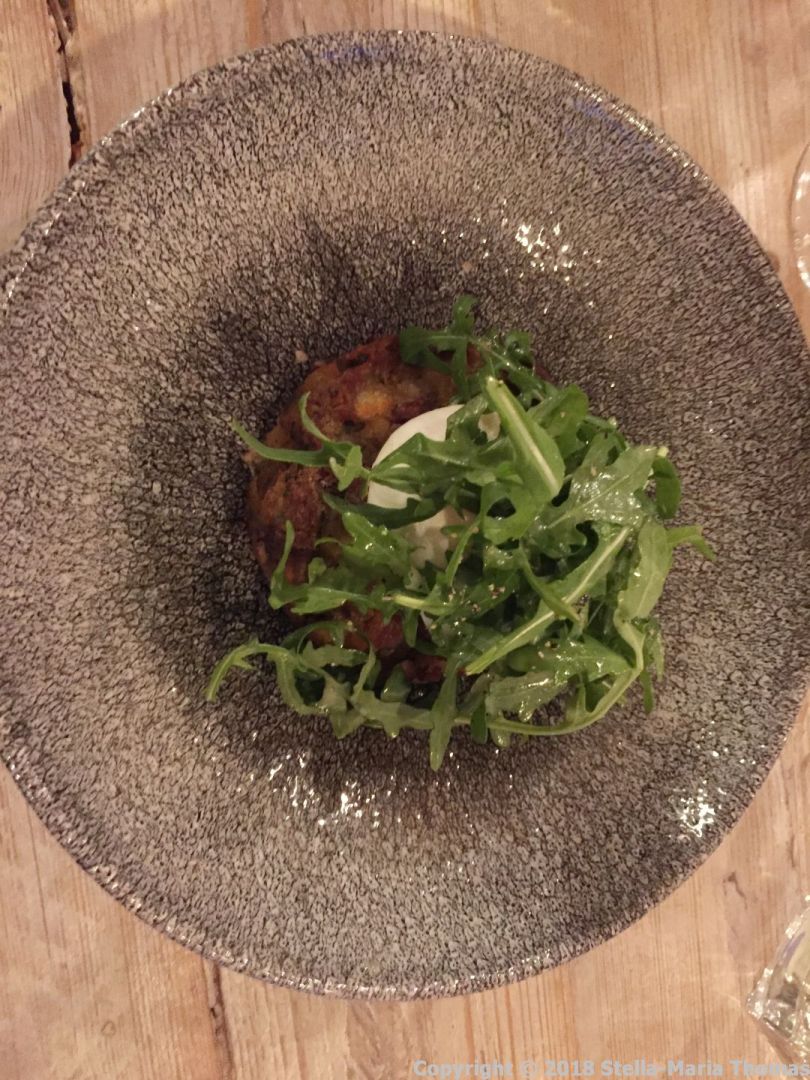 The mixed game terrine with sourdough bread and a carrot, clove and orange marmalade also backed up that theory, as did the fact that someone was at least conventionally clever with flavours if the marmalade was anything to go by. The butter sealing the top was lovely on the sourdough toast too, and you got two types of sourdough which was generous.

The meat theme continued into our mains, a large chunk of venison steak that had been seared to just the right degree of rareness, and served with bacon and braised red cabbage, along with a fondant potato which I felt could have been a lot better, and a pink peppercorn and redcurrant jus that again I felt could have been better, in this instance if it had been made as a proper, thicker sauce, but that was tasty and definitely delivered on the peppercorn heat.

The other main was again great on the meat, not so great on the vegetables, with roasted duck breast and a trio of confit duck made into bon-bons, served with buttered savoy cabbage, which needed more butter, an apricot puree which I felt lacked the acidity a fruit accompaniment to duck needs, and some somewhat under-powered Parmentier potatoes. The vegetables on both mains seemed rushed, and maybe they had been. Hopefully that can be addressed in future because there was quite a lot to like otherwise about the venue, the ingredients, the staff and the general attitude.

There was quite a lot to like about their wine list too, particularly the bin ends section which produced a half-priced Portuguese wine, a 2014 Adega de Pegões Colheita Selecionada that we very much enjoyed. It had a distinct aroma of red and black fruits, and was a lovely jammy concoction. If we’d had time I could imagine having had a second bottle and taken what was left home. It’s an interesting blend of Touriga Nacional, Trincadeira, Cabernet Sauvignon and Syrah, fermented in stainless steel tanks initially, then aged for 12 months in French oak. I’d rather like to try some more of it, as it seems the wine-maker, Jaime Quendera, is making something of a name for himself. If this example is anything to go by, then he’s doing a very good job.

We were back again in June, after a very expensive book-buying day at the 2019 Buckingham Literary Festival. With the demise of Vibin’s (at least as a restaurant by that name – it seems to have become a Mexican fast food place now though under the same ownership) there’s a serious shortage of anywhere really worth eating at in Buckingham, so we had to hope they wouldn’t let us down. First though we decided to try the bar opposite where Vibin’s used to be, Zinc. After having to spend time in our own local cocktail bar trying to teach the bar staff how to make a caipirinha properly (and then being mind-boggled by the fact that said bar ran a series of cocktail masterclasses at the local food festival) this was a positive pleasure, and more to the point a caipirinha done just right! I couldn’t find any fault with it; it contained cahaca, lime, sugar (not syrup, not sugar cubes that won’t dissolve, just granulated sugar) and ice which is all you want in a caiprinha.

Apparently the whisky sour was pretty good too!

Given we still had time to spare, we figured we’d better explore the more exotic end of the list, but then the regular cocktails side-tracked us from that plan in the shape of a raspberry mojito for me:

And an old fashioned once again for Lynne. 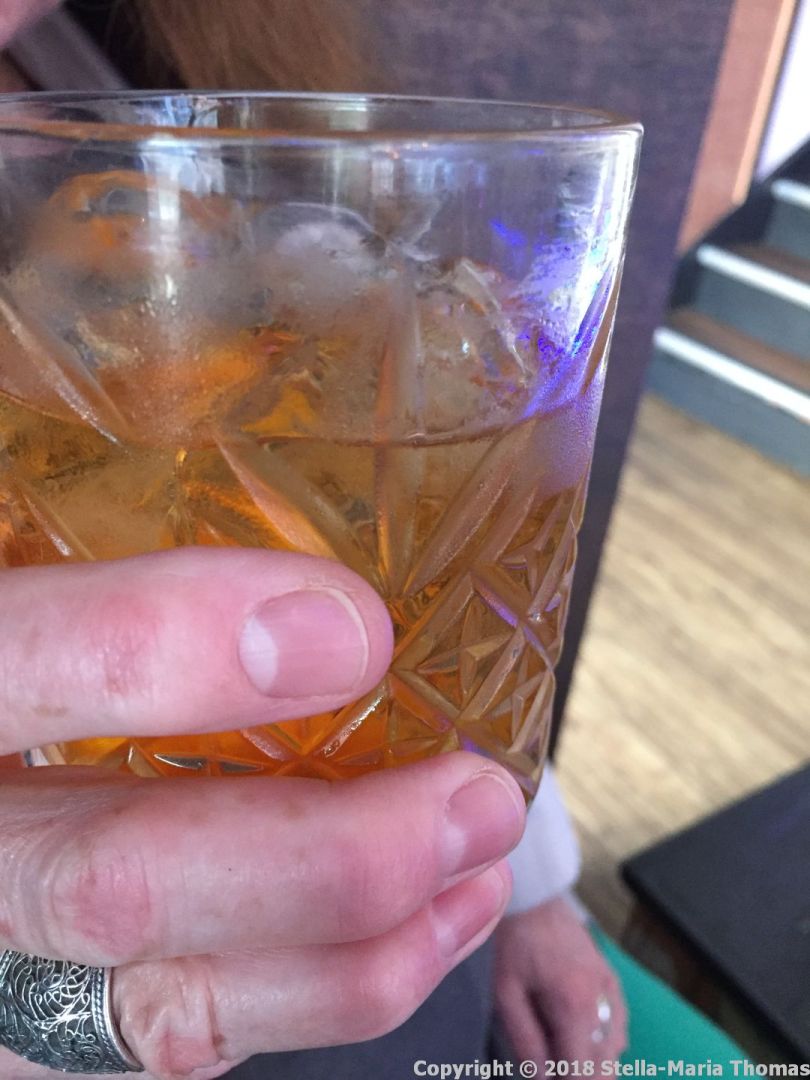 We left the bar very happy in every sense, and were soon ensconced in a downstairs nook at the Garage and mulling over the menu while we made inroads into the bread basket, complete with its two types of butter (pesto, sun-dried tomato), olive oil and balsamic vinegar.

We did eventually decide what we wanted to eat. As usual it was the starters and mains that got our interest. I can enjoy a dessert with the best of ’em, but if I’m only going to have room for two courses then I’d prefer to stick with the savoury choices. For starters we would share the aparagus, duck egg and home-cured ham, which delivered on the egg front in just the way you would want, the yolk oozing out and coating the asparagus nicely. 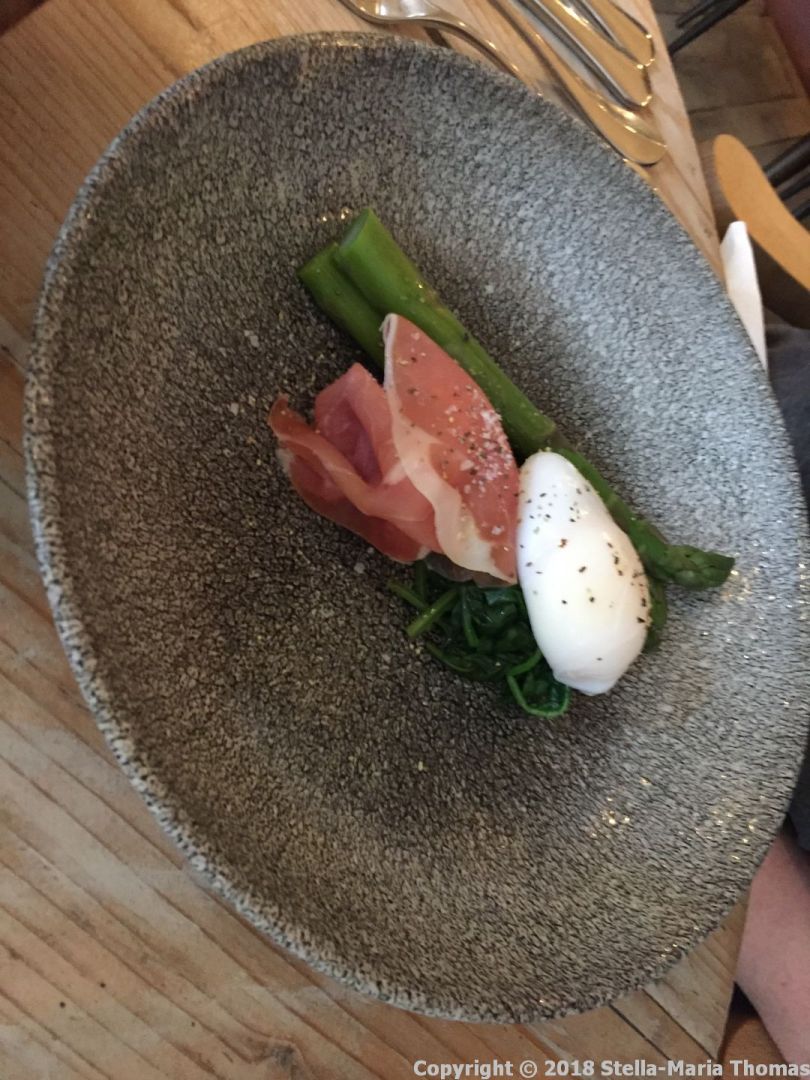 There was also a beef tataki, the dressing packing quite an umami punch, the beef tender and rare and just as I like it. Once again it seemed clear that whoever they get their meat from, it’s a good source.

The mains were again slightly less well-executed, though the tuna steak was still pink, which is better than you usually get in UK restaurants (think grey, tough, dull and dry). It was still the right side of overcooked, which meant it was edible. I’d have liked a slightly pinker take on it, with a nicely browned (at high speed and high temperature please) outside and an almost uncooked inside.

The guinea fowl was very good, and had been beautifully cooked, the leg confitted, and the breast roasted. I think this worked better because it doesn’t require the precise timing that the tuna does. The vegetables were better this time too, though not particularly exciting. 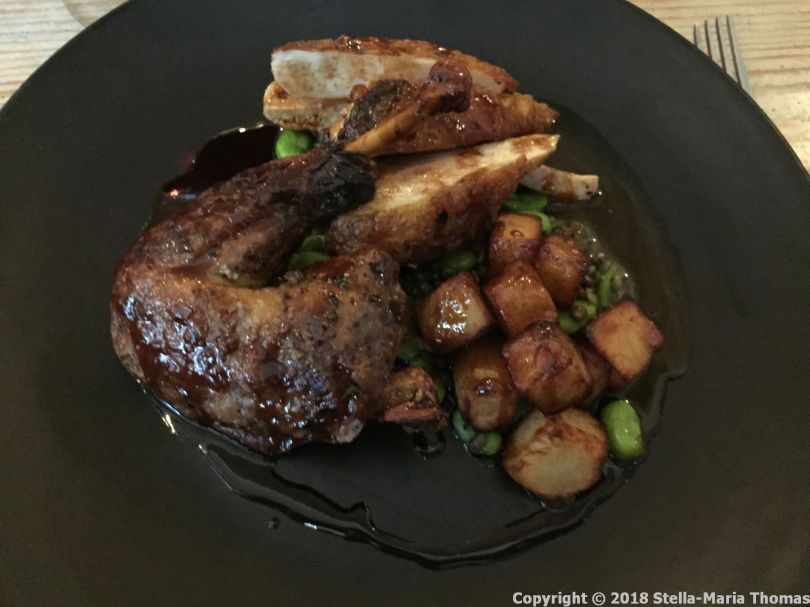 In conclusion, it’s not going to set the world on fire, but it does provide a good option for some solid enough cooking. If we’re in Buckingham and want a dinner that’s a cut above the chains, then the Garage will fit the bill. If we really want to go out for a push the boat out celebration, say, then there are better options around. 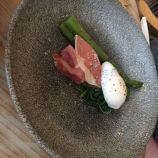 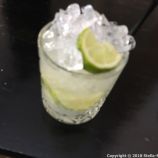 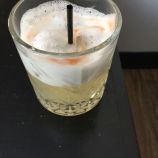 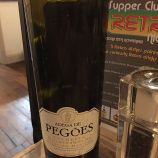 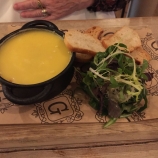 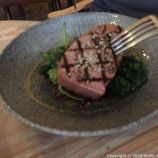 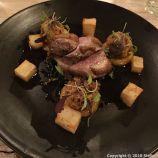 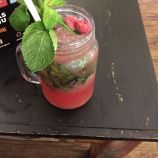 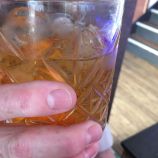