It is quite possible that Lino, which only opened towards the end of 2018, may have crashed and burned in the Covid-19 lockdown of the City of London. If so, that would be a great pity. I went there with colleagues, one of whom was picking up the tab as a thank you for some work we’d done over and above the normal day to day stuff. I was turned loose to pick a restaurant, and off the back of a very good review from the estimable Jay Rayner, I selected Lino, which also had the advantage of being a 5-minute walk from the office.

I had heard rumours that they had an interesting wine list, which was backed up by the piece of paper handed to me on sitting down at the table. There were some very interesting and intriguing wines by the glass, including an orange wine. I went for a glass of that but could not persuade my colleagues to try anything quite so unfamiliar. Their loss, I would say, but they’re both men in their early 60s and not terribly adventurous.

I started with the sauerkraut and cheddar croquettes which I’d heard rumours of. Those rumours suggested you shouldn’t miss them, and they were spot on. Apart from having no idea how you get a sauerkraut croquette to hold together, I was just intrigued by the combination, especially as it came with a truffle mayonnaise as well. I was very glad I had chosen them. I’m not saying they’re the best deep-fried thing I’ve eaten recently (that would be the cheese doughnuts at The Frog Hoxton), but they were damn good, and not far off.

My colleague’s butterbean houmous looked good too and he declared himself more than happy with it.

For a main course I decided I was in the mood for fish. The fish and chips seemed like the sensible option, with a nicely done piece of fish, the batter crisp and light and done just right. I would have like the twice-cooked chips to have been crisper, but they were nicely cut and well seasoned, so I can almost forgive them. And anyway, if I want properly done chips I really ought to head to Belgium… The home-made tartare sauce was good though, and I happily mopped it up, along with the pea puree that was lurking under the fish.

While the men ordered desserts, I went for a cheese course instead, with a glass of 2015 Chateau Delmond Sauternes to go with it. The cheeses were from Neal’s Yard Dairy, which is always a good thing, and the chutney and levain crackers went down a treat as an accompaniment. 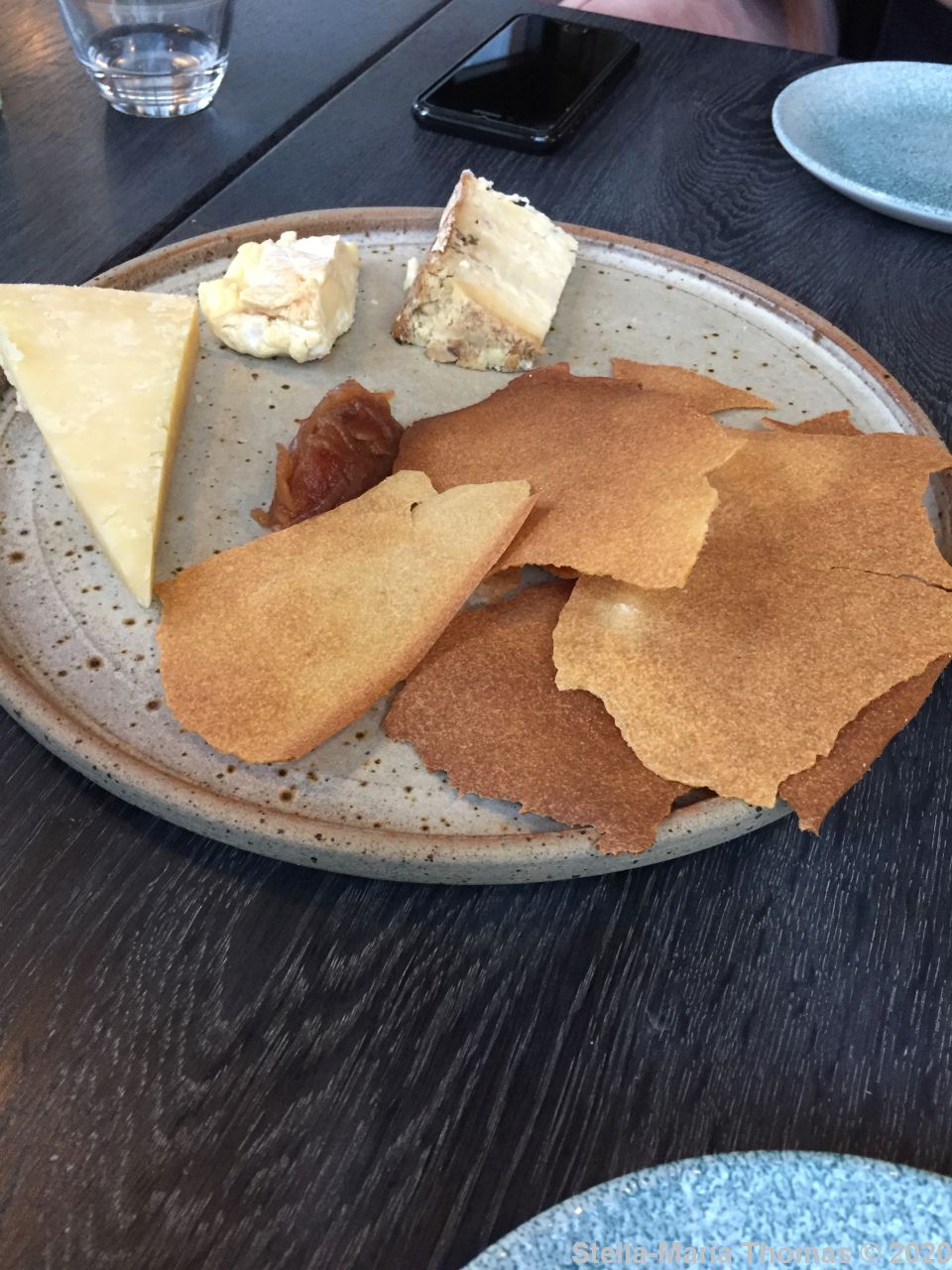 I just hope that when all this is over, Lino will still be there, because I really would like to go back with someone prepared to help me work through the interesting parts of both the menu and the wine list! It would be a shame if somewhere this good doesn’t make it, though at present (October 2020), there is no indication of a return to trading. The staff were engaged and engaging, the ambience comfortable, and there was little of that rush ’em in, rush ’em out again mentality that a lot of London lunch-time venues can evidence. I know why they do it, but I hate it nonetheless. That makes Lino a treasure to my way of thinking. 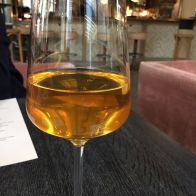 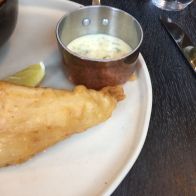