I know, I know. Are we doing nothing apart from baking? Well, no, we’re also working full time, running, cycling, walking, so cake is essential to break up the day! For a while I’ve been wondering if I could make the wonderful Portuguese egg custard tarts which I have been obsessed with since we first went to Macau and later to Lisbon. I know a lot of people who have tried, and it’s caused them a world of grief. However, nothing daunted… I did cheat and buy ready made frozen puff pastry, because even in lockdown life is too damn short. That was the only cheat.

I dug around for recipes for a while, not finding any anywhere I would normally go to. A Portuguese recipe book that I brought home from Porto had a recipe but gave no ideas of oven temperatures, how many it was meant to make, or any of those useful things. Plus all the quantities were in cups, and while I have a set of measuring cups, I’m not America and I decided I couldn’t deal with it along with a tricky recipe.

I eventually found a recipe from Nuno Mendes, a Portuguese chef who is fairly famous in UK culinary circles. Surely he’d get it right? Well… actually… not so much. Let me tell you the tale, starting with the ingredients and quantities listed in his recipe.

Serves: Six
Time: Depends how good you are at making custard. Say 30-45 minutes plus 13-15 minutes in the oven.

For the sugar syrup:

OK, makes six. Riiiiight! 6 giant tarts perhaps. More of that in a moment. You can’t get 320g puff pastry. You can get 400g, in two blocks of 200g, so theoretically, that’s 8 tarts. I got 15 out of that quantity of pastry and if/when I do it again, I shall roll it even thinner. I imagine I will get around 16-18 tarts and that might actually mean all the custard gets used, rather than me having at least 50% of the custard left!

Notes: The custard is well nigh perfect (despite there being too much of it). The pastry isn’t right. I’m not sure quite why, possibly because it’s pre-bought, but it was not sweet and I think it should be. More experimentation is clearly going to be necessary!

So, now I have vast quantities of custard left over. So what to do with it? After a bit of thought I wondered if I could make some pseudo-creme brulees. Actually, yes I could. In this instanced the recipe is very simple indeed. 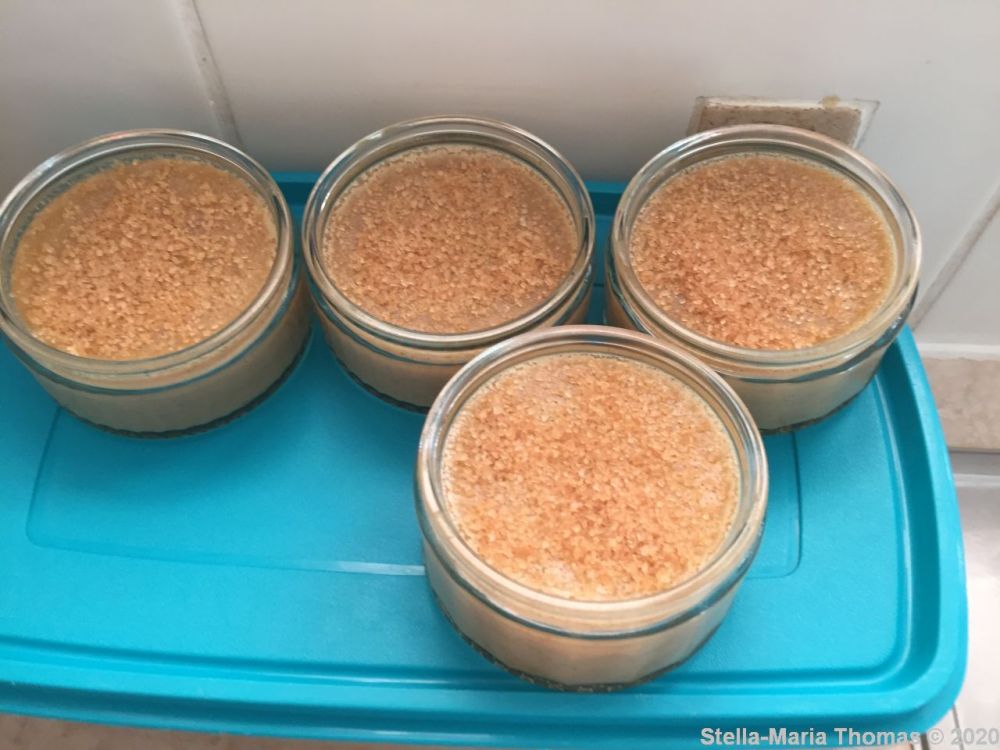 So, that was the custard. I also had 4 egg whites left over. Now I could have just frozen them but I already have 12 egg whites in the freezer and frankly how many more do I need? There aren’t that many things you can do with just egg whites, apart from an egg white omelette (and why would anyone do that?). So meringues it had to be.

I served some with the lemon ice cream I made a few weeks back, a sort of deconstructed lemon meringue tart if you will! They’re good with a coffee too! 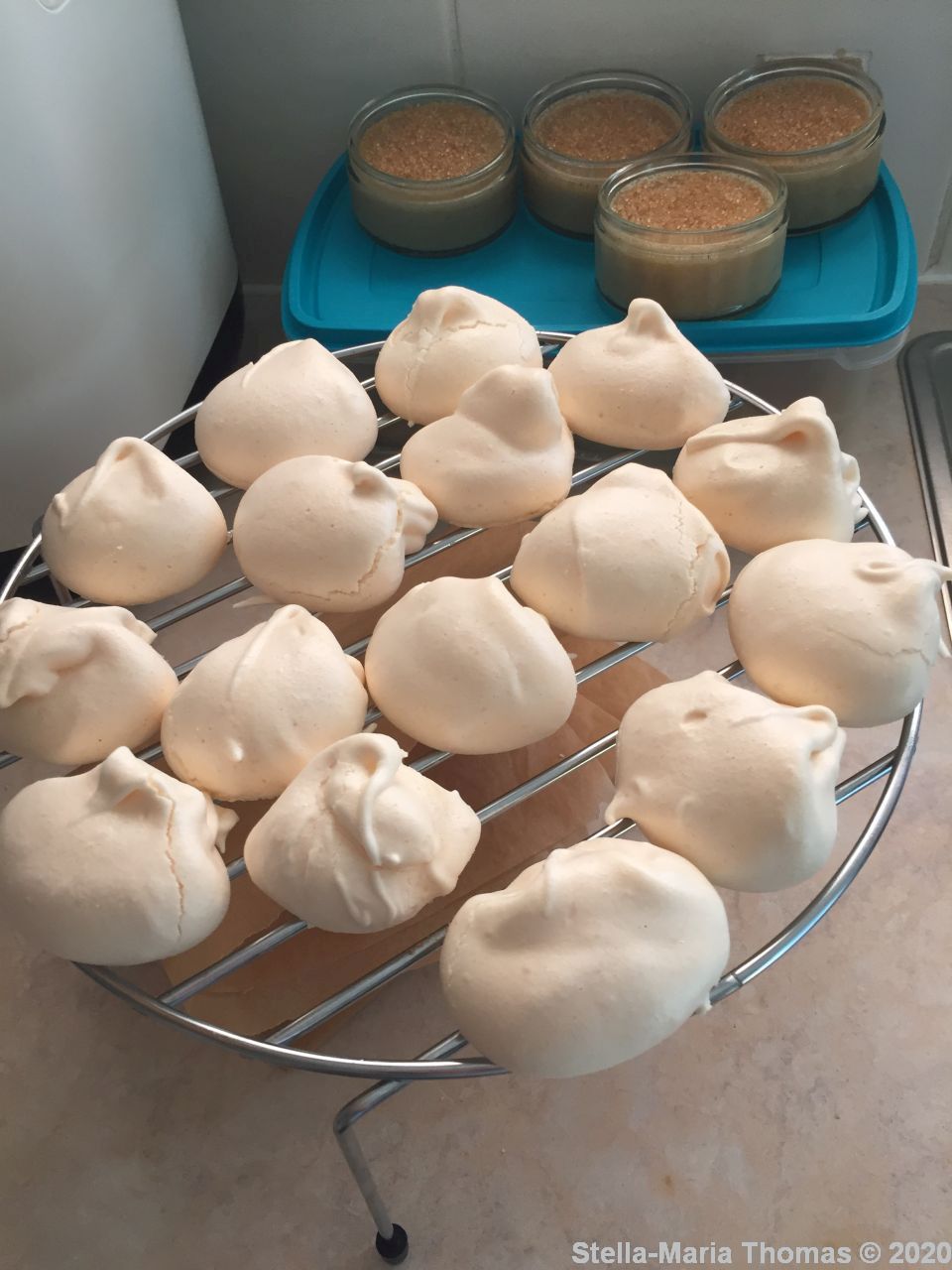 Finally, the same weekend, we had an Indian “takeaway” from the local supermarket so I figured I’d try making naan breads. I turned this time to the BBC Good Food site.

I used strong brown flour (you use what you can get, right?) and wasn’t able to leave the dough to double in size because we needed dinner! Mine did increase in size, though not by anywhere near that much, but I think I need a warmer place than the airing cupboard! They were good and I froze the spares.